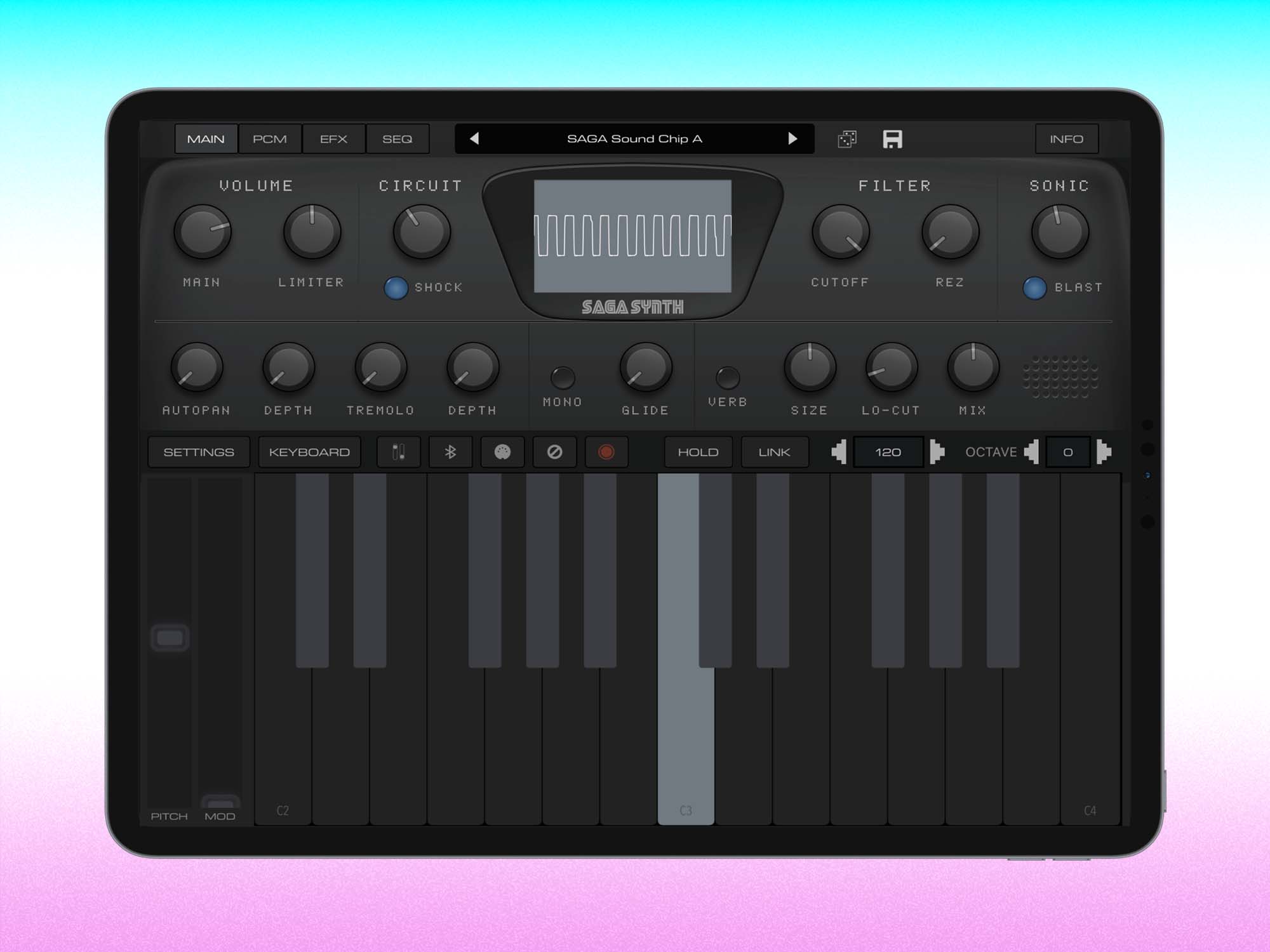 The Saga Synth is the first instalment of “the next generation of AudioKit Pro apps”, and features samples from five Yamaha YM2616 sound chips that were used in the original Mega Drive, plus the first-edition version of the MEGAfmsynth.

The standalone app and iOS AUv3 plugin also comes with more than 300 presets and as a bonus includes sounds from the best-selling 16-Bit Ableton Live Pack by Brian Funk for the first time on iOS.

Further features include a free-running step sequencer, exclusive sound sources made for the app, 16-bit synth, drum, and sound effects sounds included, and over 600+ MB of sounds compressed to under 150 MB.

You can also record audio and export recordings as WAV files and use it as an iOS Plug-in in GarageBand, AUM, Cubasis, Beatmaker 3, and more. Plus, it includes Ableton Link and can be used with MIDI keyboard or iOS MIDI host.

Sega’s Mega Drive console was first released in Japan in 1988. It hosted classic games series such as Sonic The Hedgehog, Super Mario, Mortal Kombat and more – many of which have some of the most recognisable soundtracks and soundbites of the late 80s and early 90s.

The Saga Synth is available now for an introductory price of $2.99, rising to $14.99 next month. You can find out more details at audiokitpro.com.