The Explorer can be powered with eight AA batteries. 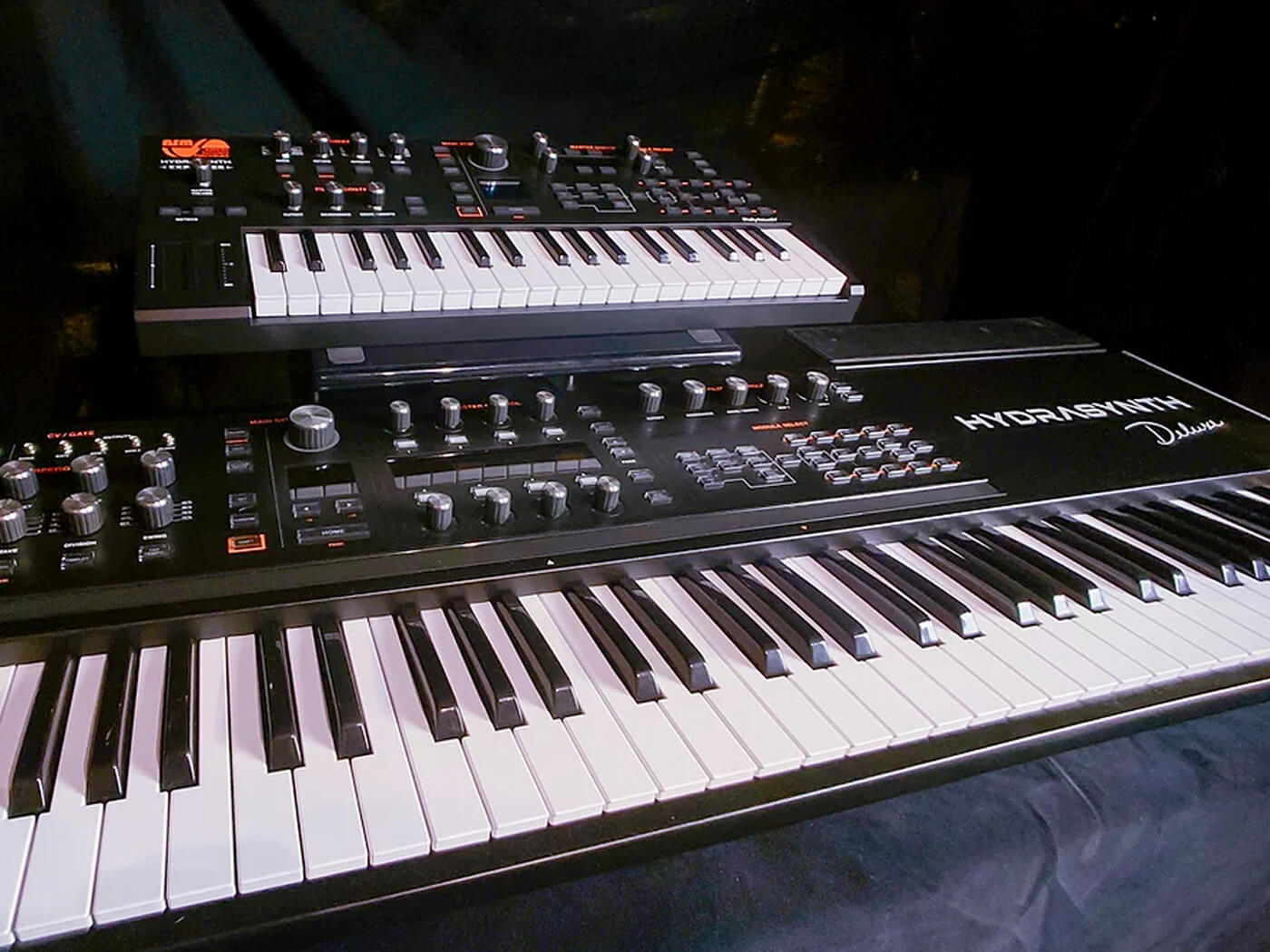 The synths were announced today (10 September), ahead of next week’s Superbooth 2021 trade show in Berlin, where they’ll be shown off to attendees.

The Hydrasynth Explorer packs the same features as the desktop and keyboard versions of the original, but in a compact form. It has an 8-voice digital synth engine with three oscillators per voice, a 37-note keyboard and polyphonic aftertouch.

You can power the Explorer with an adaptor or go portable with eight AA batteries. The Explorer also runs the same patches as previous versions, so you can download patches created by ASM on their website or third-party ones.

The Deluxe is suited for studio environments given its expanded features and CV/gate section for integrating with other gear. This is a 16-voice version of the Hydrasynth with a 73-note keyboard, also equipped with polyphonic aftertouch. The included accessory shelf extends the depth of the top surface so you can place down a laptop, mixer or other studio gear.

The Deluxe also packs single and multi voice modes, the latter of which lets you layer or split patches across the keyboard. It too is compatible with previous Hydrasynth patches from ASM or third-party.

The Hydrasynth Explorer and Deluxe ship in November priced at $599 and $1,799, respectively.