Arturia’s MicroLab is a portable MIDI controller with powerful features 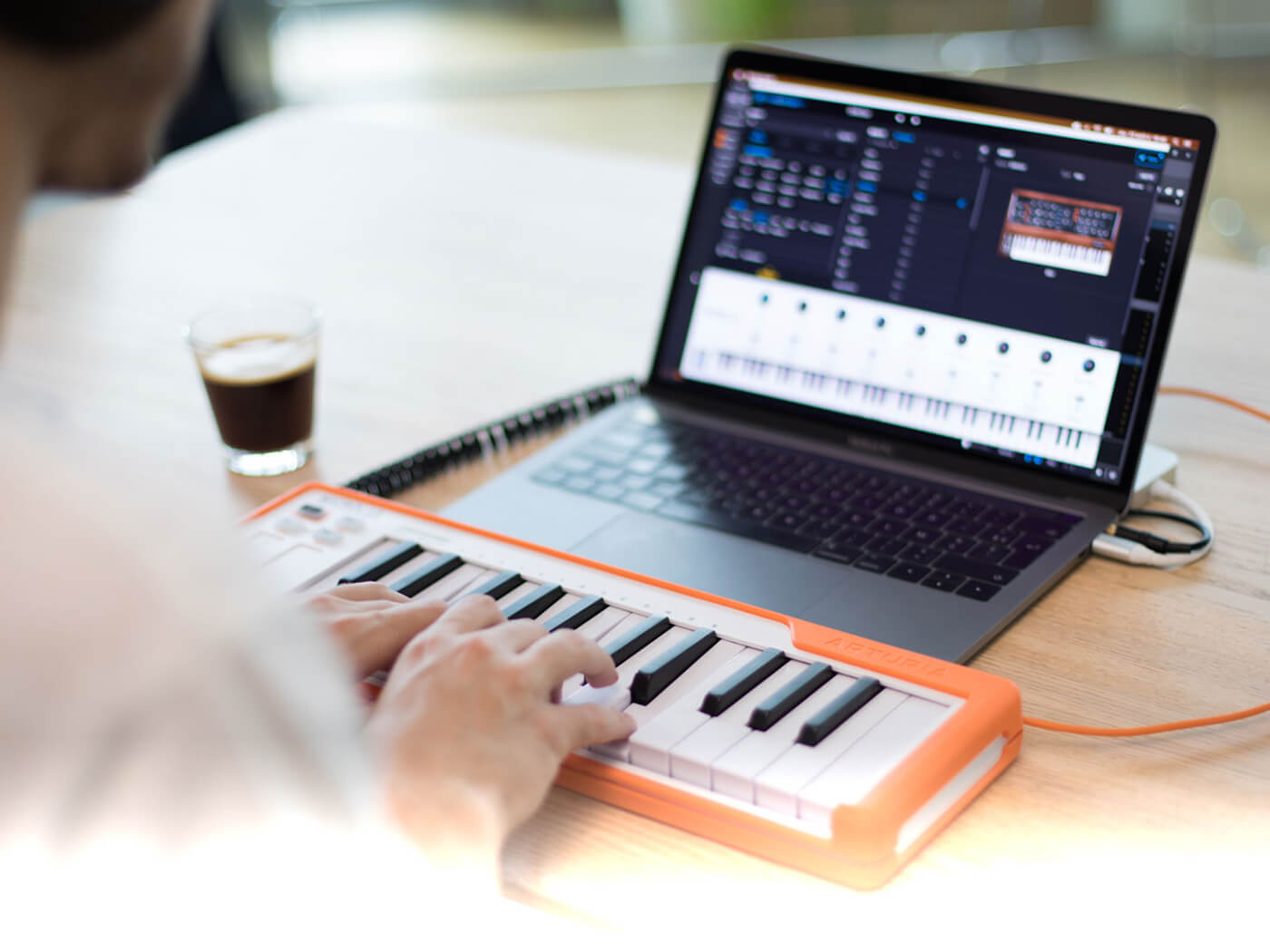 For MicroLab’s keys, Arturia has opted for the same velocity-sensitive, slim-keys as its KeyStep controller. The keys are complemented by a hold button – for instant sustain – and a shift key. The latter can be held down to enter Chord mode, which lets you assign a chord to a single key. Sounds can further be shaped by two touch strips that govern pitch bend and mod control respectively.

On the hardware front, MicroLab comes in a rubberised shell that’s resistant to “bumps and scrapes”, according to Arturia. It also boasts recesses on its side – to stow its USB cable – and has recessed keys that are designed not to get caught on other items in your bag.

Here’s an overview of MicroLab:

Retails at $89. Available in blue, orange and black. More info at arturia.com.