AirPlay to Mac could be useful for collaborative mixing sessions. 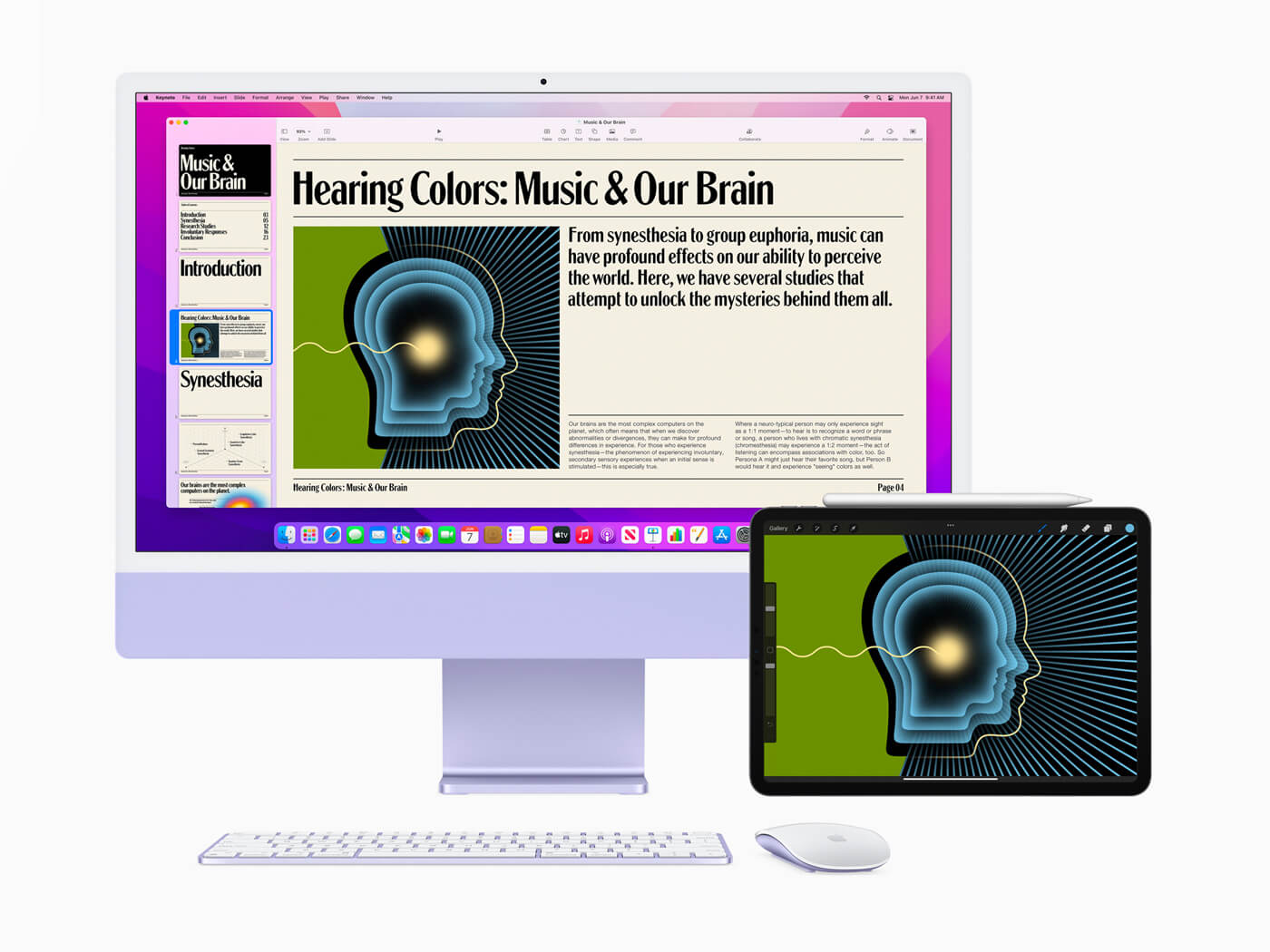 One of the major additions to macOS Monterey is Universal Control, which will let users drag files from one Apple device to another.

The feature was revealed in the company’s demo of macOS Monterey – the upcoming version of its operating system – during day one of its WWDC 2021 conference yesterday (7 June).

Universal Control offers seamless control between Apple devices – iMac, MacBook, iPad and more. It shows great potential for music-maker workflows. For example, it makes its far simpler to grab audio or tracks recorded in iPad-specific apps to another device.

The neat interface lets you move your Mac cursor over onto your iPad, to navigate and snag files. if you’re already the owner of multiple Apple devices, this looks like it will help you take better advantage of them.

Another new OS feature announced was AirPlay to Mac, which can be used to mirror screens from iPhone, iPad and more to a Mac computer’s display, complete with audio. This could be used in a collaborative capacity: from pre-production meetings or even listening parties. If the tech is able to display your DAW for example, it could be especially useful for collaborative mixing sessions, but we’re not entirely clear on the specs for that just yet.

Monterey will be available to users “this fall” according to Apple’s press release. A developer version is available now and a public beta will roll out in July.

Here’s a list of devices that will support macOS Monterey: