Apogee Duet 3 debuts with onboard DSP and optional desktop dock

Apogee has aimed to make the ultimate all-purpose portable interface. 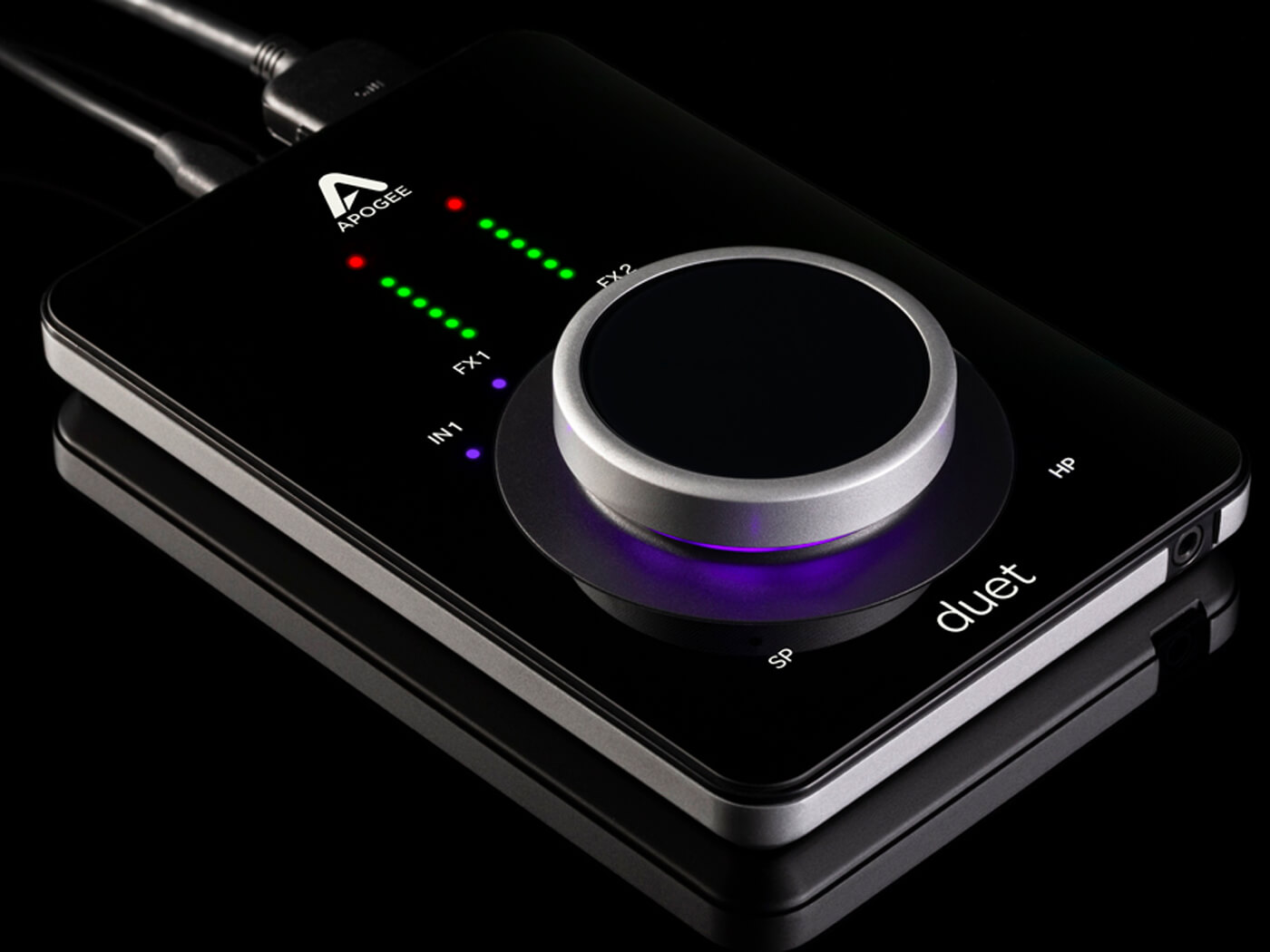 The Apogee Duet 3 is the latest version of the Californian brand’s slim audio interface, which aims to be the ultimate portable or tabletop interface.

It boasts on-board hardware DSP like its big brother, the Symphony Desktop, and is designed to run in tandem with the Symphony ECS Channel Strip plug-in, sold separately. The channel strip features presets from legendary producer Bob Clearmountain, and when DSP and plug-in are paired, the brand promises “zero-latency recording” via the interface.

Unusually, the bus-powered interface offers two USB Type-C ports – one for audio connection and a second for power, if your host machine doesn’t provide enough juice. As for I/O, there are two 1/4-inch instrument inputs; two mic/line inputs, and two 1/4-inch balanced outputs. Along with this, is a 1/8-inch stereo headphone output.

As standard, the Duet 3 comes with a padded travel case and breakout cable, but to prevent you from having to unpatch your home studio whenever you have a session elsewhere, there’s the new Duet Dock. This has the same I/O as the breakout cable, but can stay plugged in on your desk so you only ever have to unhook the main interface, not all your cables.

The Duet 3 features a refreshed look with a slim profile, scratch-proof glass top and an aluminium chassis. As with previous iterations, it features a single knob for control, which is “precision balanced” and backlit.

The interface will work with all major audio software, but Apogee also said it’s been specifically optimised for Apple’s Logic Pro X.

Check out a trailer for the Apogee Duet 3 below:

The Apogee Duet 3 is priced at $599 and will be available in July. There’ll be a launch discount for the Symphony ECS Channel Strip plug-in, which will be priced at $50 (usually $99).

the original Apogee Duet launched in 2007 and was especially popular with home producers for its ease-of-use, premium hardware and portability.