Manipulate loops with no sampling needed in advance. 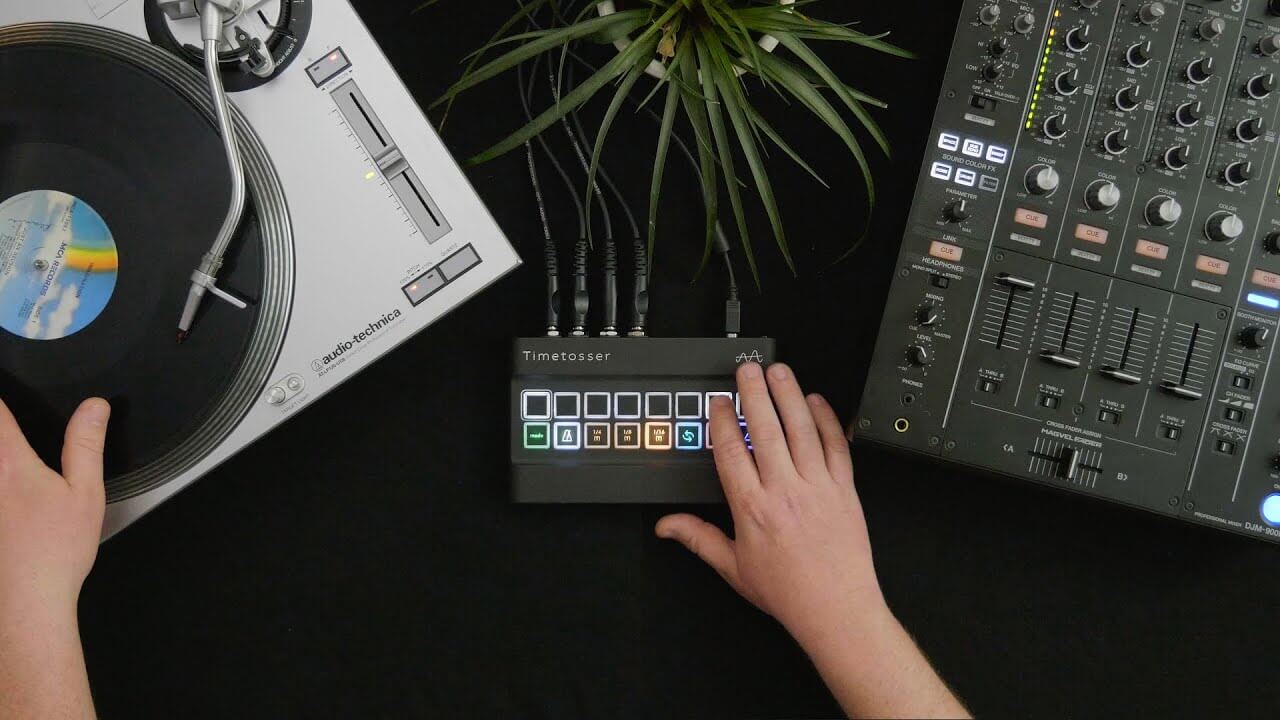 A Kickstarter campaign for Alter.Audio’s new live performance device, Timetosser, has gone live. According to the brand, this standalone instrument will let music-makers loop and reorder musical inputs in real-time, with “no recording or sampling needed in advance.”

Timetosser is designed as a live performance device to be paired with any audio source compatible with its two quarter-inch inputs. These could be turntables, tape decks or even just a smartphone with a quarter-inch output adaptor.

After syncing the device’s internal clock to an audio source – either through tap-tempo or the MIDI-clock sync input – the looped passage can be manipulated and rhythmically modulated in a number of ways.

Music-makers can create simple variations of a loop, displace a musical part forward by a step, or even switch a looped phrase’s straight time signature into a triplet meter. This is, by design, performed in real-time through the set of inviting front-facing buttons.

“The novelty of Timetosser lies in the way it is used,” says the team at Alter.Audio. “The user is not simply enabling an effect, but has to actively and skillfully play the instrument.

“Although it takes some practice to master, the live-performance aspect of Timetosser ultimately gives artists greater expression in their performances.”

Take a look at a demonstration by Alter.Audio below.

Timetosser can also be integrated into DAWs, functioning as a USB audio interface and controller for the included “virtual Timetosser” plug-in – which mimics the standalone device’s capabilities.

Alter.Audio has set the funding goal for the Timetosser’s Kickstarter Campaign – which launched on 1 June – at €70,000. The lowest reward package that includes the device is set at €279, which is 25% off the device’s future retail price of €379.