George Daniel and Matty Healy sat down to explore their current go-to gear. 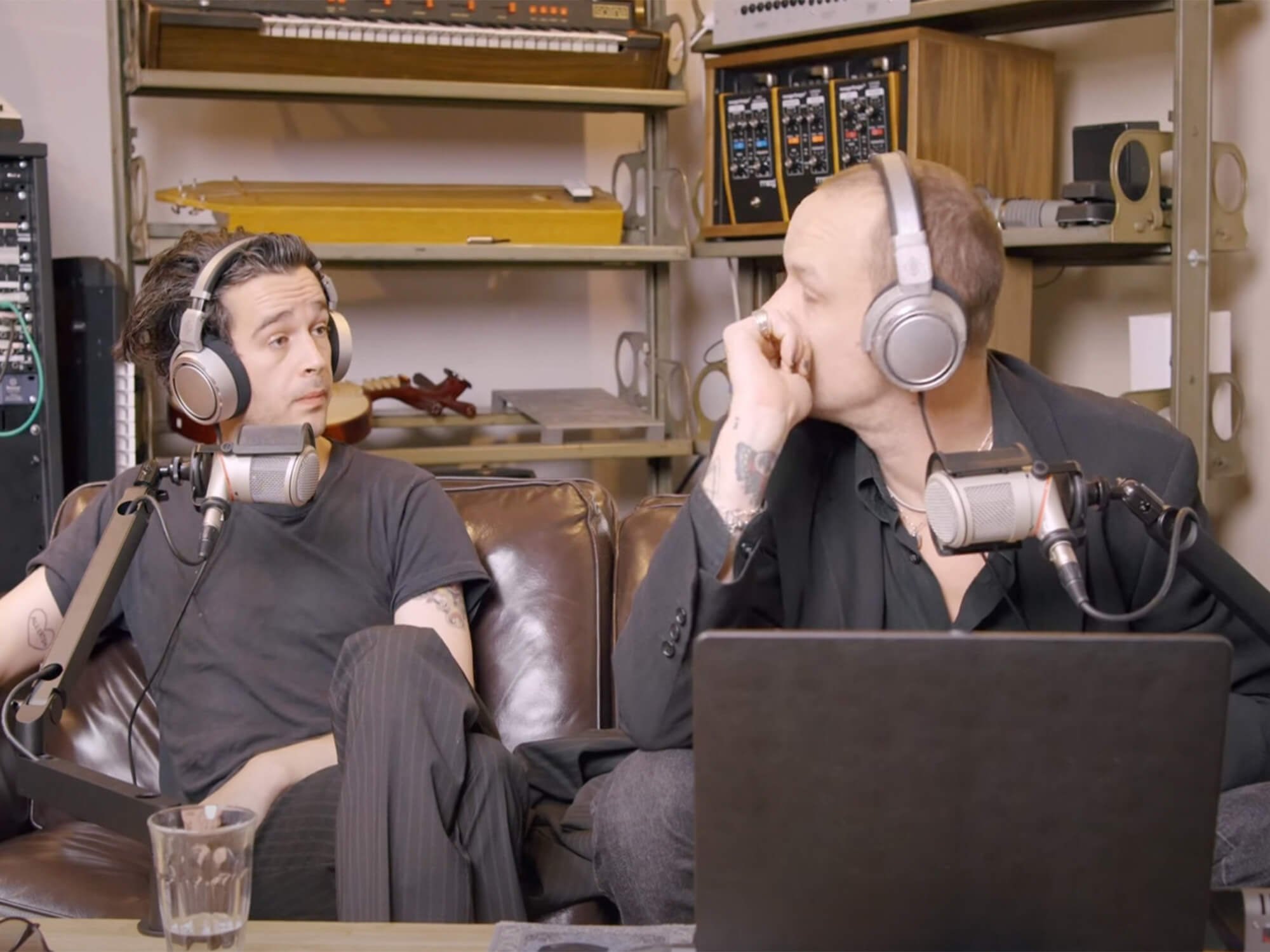 George Daniel and Matty Healy of The 1975 have revealed the current gear they used to create their new record, Being Funny In A Foriegn Language, and Healy has confessed he’s not a fan of plugins.

The indie quartet dropped their fifth studio album last Friday (14 October), and both Healy and Daniel sat down to unpack how they crafted it in the studio on an episode of the Tape Notes Podcast.

They took a liking to the Chandler TG Channel MKII rack for this new era, as Healy declared it’s their favourite, with Daniel noting it was used “on two or three songs”. He explained, “You just use the preamp to distort a DI guitar which is technically like… the purists would be like ‘what are you doing? you need to use an amp and pedals’.” Healy interjected, “But we just went straight into it.”

Daniel later revealed they also used a JV1080 synthesiser, a choice inspired by Fleetwood Mac:  “I brought that during lockdown after googling ‘what keys do Fleetwood Mac use?’, ‘Cause I knew they weren’t real but they always sounded semi-organic and it was a few different things, like a KORG M1 and a Roland JV1080, and they were sampled, I believe they weren’t actually synthesised.”

However, Healy made a statement that might feel like a stab in the chest to those who love tinkering with software, “Plugins are lame bro,” he nonchalantly declared. The host then questioned, “useful though?” to which he replied, “Yeah, but useful stuff is annoying. My phone is useful… fucking annoying.”

Daniel, on the other hand, is quite happy to play around with plugins that offer an element of randomisation or quirkiness: “I’m getting quite into analogue channel strip emulations that have like the random voltage selector where you flick through different channels that have been modelled through a desk.” He went on to conclude, “Anything that creates imperfection or enhances imperfection [is what I like].”

Watch the full episode below: