“Also, a lot of the lead vocal treatments, which I did with delays and reverbs and sometimes synths, are things I do in my electronic music to samples.” 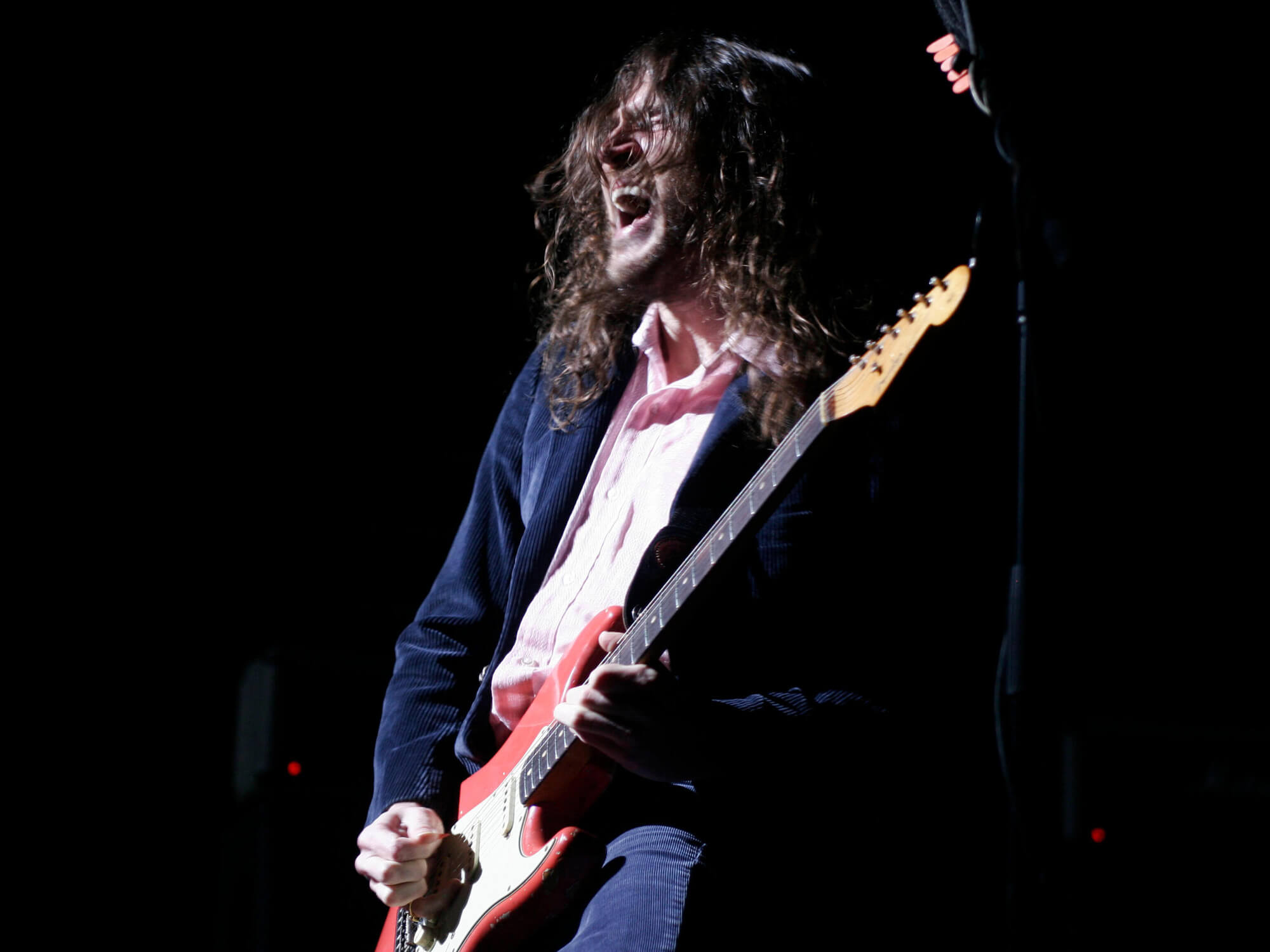 John Frusciante has detailed the key influences behind some of the recording and production techniques used in Red Hot Chili Peppers’ new album, Return of the Dream Canteen.

Frusciante was discussing the direction of RHCP’s latest studio effort with Mixmag when he noted that “It’s not Red Hot Chili Peppers-go-electronic.”

“Instead, what I’m doing has its roots in [Brian] Eno’s work in Roxy Music,” Frusciante said, “where synths and other gadgets are used to alter the sound of a live group, create atmosphere sonic movement, and generally have unexpected sounds come in every so often.”

The guitarist also shared that the album took cues from “David Bowie’s use of synths on Iggy Pop’s The Idiot, where it’s a raw-sounding live band, and then some really weird filthy synth sound comes in, which makes it no less raw sounding.”

“The synths are supportive of the song and the band, but at times take over with weirdness,” he explained, adding that “A little bit can go a long way towards taking a live band out of the real world and into an alternate reality.”

Frusciante — who occasionally records under the electronic alias Trickfinger — also spoke of how his experience with electronic music has inspired some of those Return of the Dream Canteen studio ventures, saying “I did nothing but electronic music for about 12 years before I rejoined the band [in 2019]. And it’s definitely a full time job being in the Chili Peppers. Really, the Red Hot Chili Peppers is the only real ‘job’ I’ve ever had in music.”

“Also, a lot of the lead vocal treatments, which I did with delays and reverbs and sometimes synths, are things I do in my electronic music to samples. I do these things to all the instruments. The electronic part of it has as much to do with using the studio in a creative way as it does with synths.”