Frankfurt 2015: The Native Instruments Press Conference – A fist full of dollars and a couple of future standards

Native Instruments’ intriguing  press conference in the shadow of Musikmesse 2015 was an obvious choice of destination for our editor Andy Jones… It’s been some years since Native Instruments actually attended the Frankfurt show – or any music gear trade show come to that. (When I say ‘attended’ I mean in the ‘actually having a […] 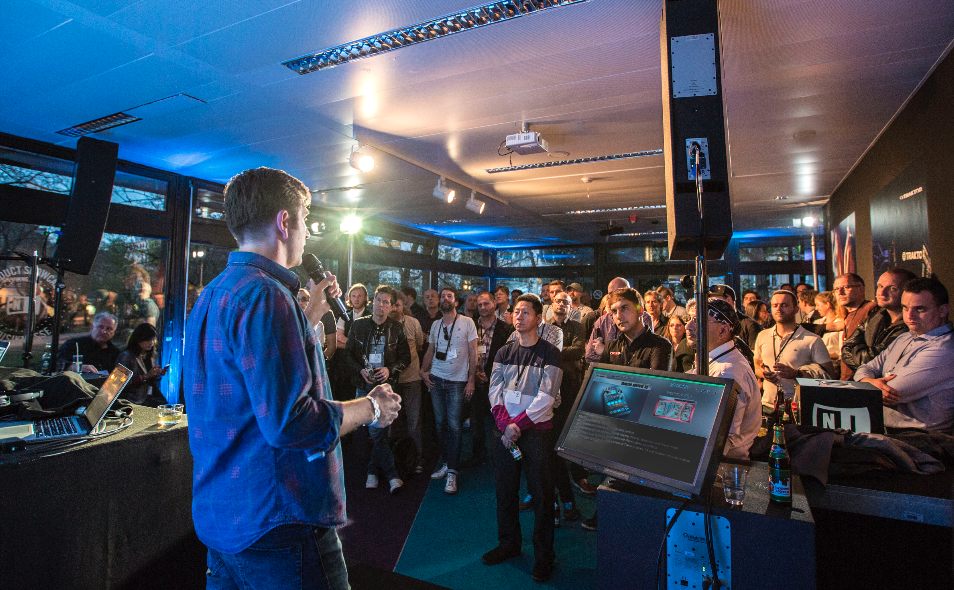 It’s been some years since Native Instruments actually attended the Frankfurt show – or any music gear trade show come to that. (When I say ‘attended’ I mean in the ‘actually having a stand there’ kind of way.) And just as you admire the way in which the company single-mindedly invents and reinvents music technology products and genres, so you have to admire its stance on show attendance.

Instead of spending a load of money on dragging its staff and gear to trade shows like NAMM and Frankfurt, NI concentrates on delivering products we all want and products we didn’t know we wanted, and then telling the world about them at rather exclusive little events like this one.

So 2015’s Frankfurt NI press event took place in a venue a drive away from Frankfurt Messe 2015 and, like the Roland one before it, was well attended by press, artists and staff, with both CEO Daniel Haver and CTO/President Mate Galic on stage for the first time in a while. This only added to expectations and perhaps made what they announced a little disappointing for anyone expecting dramatic and completely new software or hardware announcements. 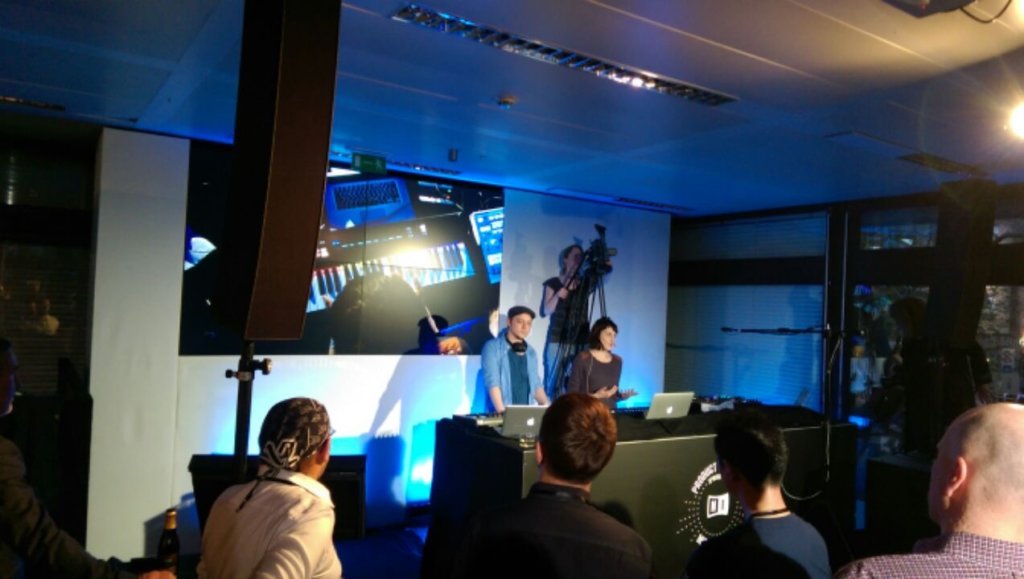 What we got was a sprinkling of stuff we knew about, a smattering of what we expected, and about $1000 of free stuff for NI hardware buyers. But that belittles it somewhat because the implications of this event could be far reaching in that the technologies and upgrades discussed here could well become the dominant platforms for both music software control and DJ mixing for many years to come… 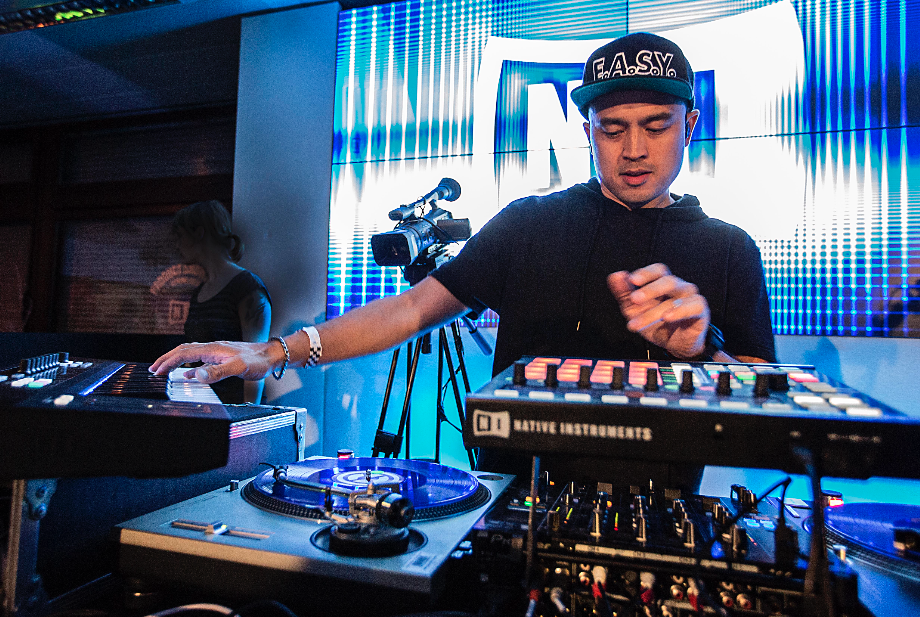 First up was the announcement of version 1.1 of the Komplete Kontrol software and the launch of the Native Kontrol Standard™ (NKS™) which enables ‘deep integration’ of the system with third party software instruments and effects. At the launch this was demoed with a couple of Arturia instruments shown on screen and totally integrated with NI’s S-Series hardware. So, as expected, NI is opening up this NKS™ protocol for any software company to enjoy the system’s control benefits.

I say ‘expected’ because for any platform to become a standard, other companies have to buy into it. The music technology industry was one of the most forward thinking ones to do this back in the day when pretty much every company – amazingly when you look back on it – got together to agree the MIDI standard. Now we’re talking about a new way of integrating hardware with software to effectively take the emphasis away from users being tied to a computer screen when producing music.

And anything that encourages us to go back to mixing with our ears rather than our eyes is ‘a great thing’ in my book, and one of the reasons I gave the Komplete Kontrol concept and the S-Series keyboards such a thumbs up in our world exclusive review of it. (On a side note it was also nice to see our MusicTech award at the press conference along with a couple of other prestigious awards the system has since picked up).

Next up, and as part of Native Instruments’ commitment to, it says, ‘create platforms’ NI is enabling more people to enjoy the KK experience straight out of the box with 10 free compatible instruments and effects called Komplete Select being bundled with each piece of hardware – that’s $1000 worth of software. Importantly, anyone who has already bought and registered an S-Series keyboard will also be able to claim the 10 titles. What’s also good is that all registered MASCHINE 2 software users will receive the Komplete Select package at no cost as well

Finally back to that v1.1 update of the Komplete Kontrol software and we have the ability to route MIDI info out to other gear. It might sound like an obvious and unimportant addition but it means that the range can act like normal controllers with any MIDI device and is not now dependent on having a computer connected. Or should we say a Komputer Konnekted.

The stuff we knew about but were actually still quite impressed with the DJ side of NI is well known to most but perhaps not covered as much as it should be in the pages of MusicTech especially, as the company argues, that there is so much crossover between Djing and producing these days. And with its Stems technology NI is increasing that crossover, taking music production type audio formats and putting them into the hands of DJs for greater mixing flexibility. Tonight was the first time we saw it in action… 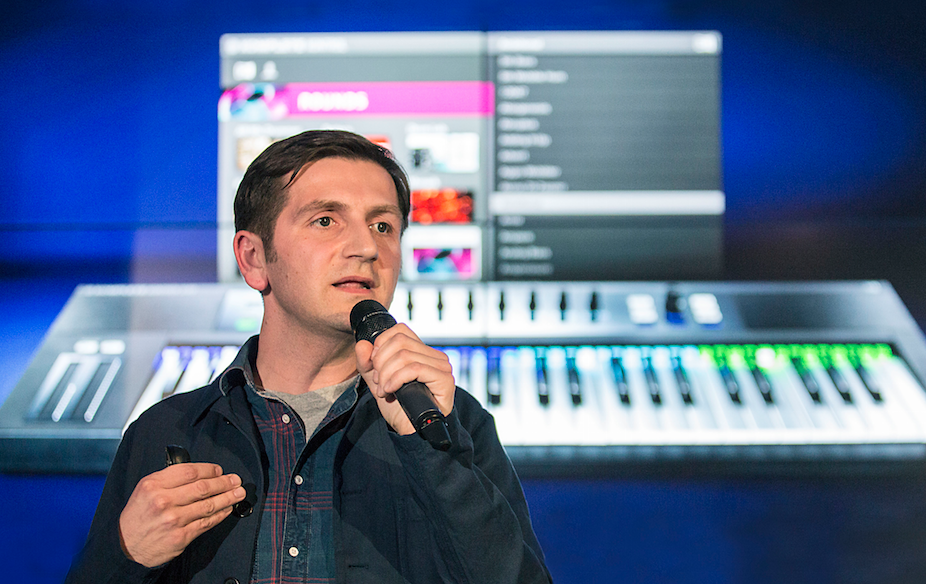 Put simply Stems is a typically dance track sliced up into bass, beats, melody and vocal parts – like you would individual tracks in your music production but now limited to just four parts. What it results in is four parts that a DJ can mix per song. Yes you can still mix with beats but you can also drop the beats and mix tracks more easily via bass or instruments.

It might sound obvious but it adds a greater amount of flexibility – four times at least – than you have at present. We had a demo and it was rather good – and pretty obvious what was going on. The DJ summed up the main benefits by admitting that everything he did – which sounded far more complex – was a only done with two tracks and a few effects.

More to the point it sounded like we could all give it a go. We even nearly did a bit of dad dancing so good was the demo. ‘Its got a good beat’ we said, to anyone who’d listen…

So press events come and go and while many of the assembled journalists might have come for the beer, we might all one day look back at this one as where not one but two important music production and performance standards were born. It could even be the story of Frankfurt 2015, and we weren’t even at the show…