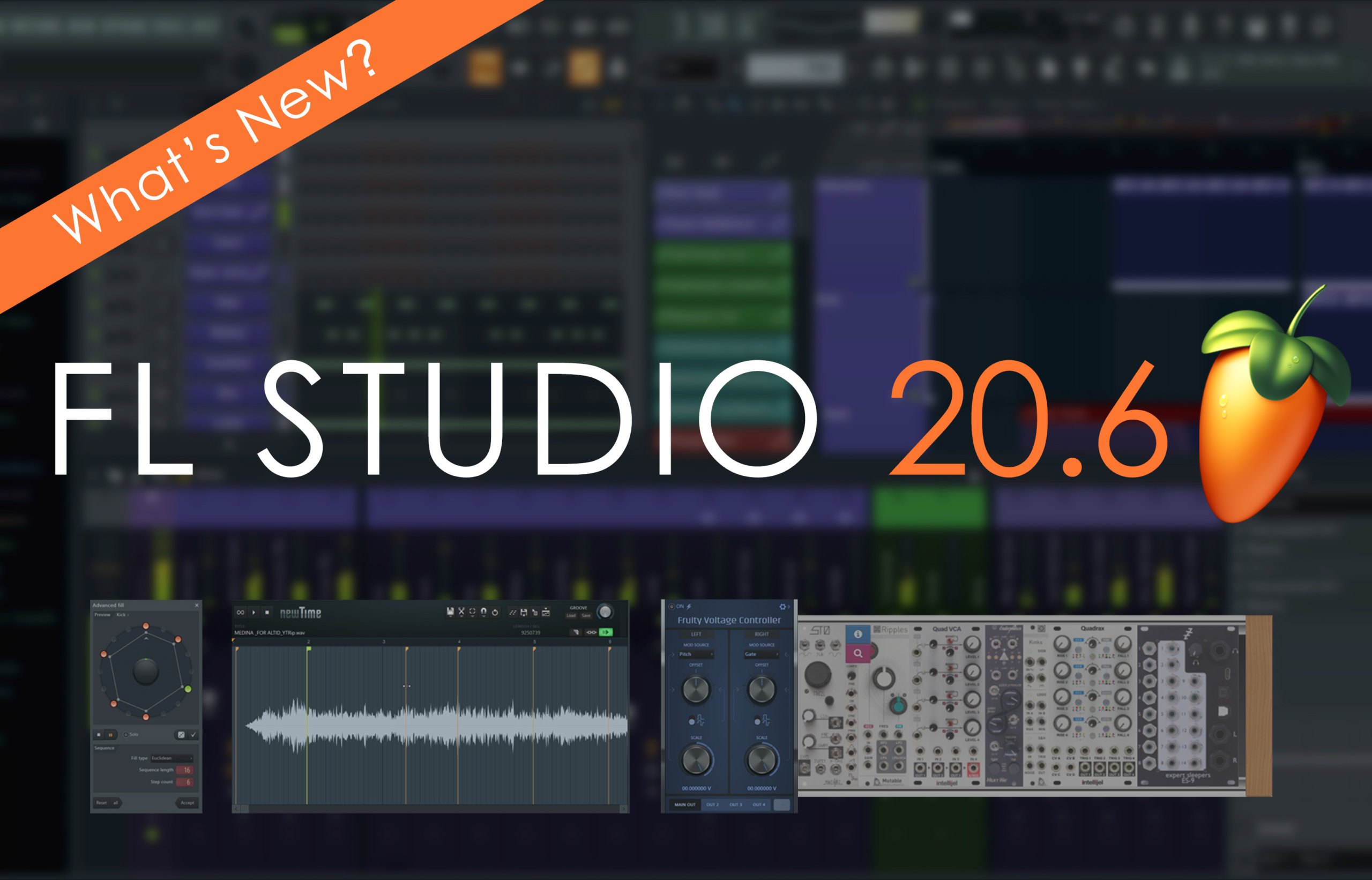 Version 20.6 of FL Studio, the renowned music production software has been publicly revealed with a raft of new features. Getting top billing from the DAW’s makers Image-Line are a new distortion and amp simulator called Distructor and a new time-warping feature for audio quantisation (Producer Edition and up).

In a nod to the modular synth community, Image-Line has also included a Control Voltage in the latest version. As with other DAWs that support this functionality, you’ll require a DC-coupled audio interface.

If you want to explore new rhythmic territories, then you’ll be intrigued to know that FL Studio 20.6 has a new feature for helping you try out unusual Euclidean patterns.

You can also now capture MIDI from the internal sequencers and arpeggiators to tracks for more precise editing with the new ‘Burn MIDI to’ command.

Creating stems is a necessary part of production if you’re not the one who will be mixing the track you’ve produced. But it’s not a particularly exciting process. FL Studio 20.6 sequentially renders each playlist track as an audio file. You can even apply the master effects to your files should you so desire, so your tracks will recombine as intended.

On the export side, SoundCloud export is now baked right into the software, too, making it even easier to release your tracks to your audience online.