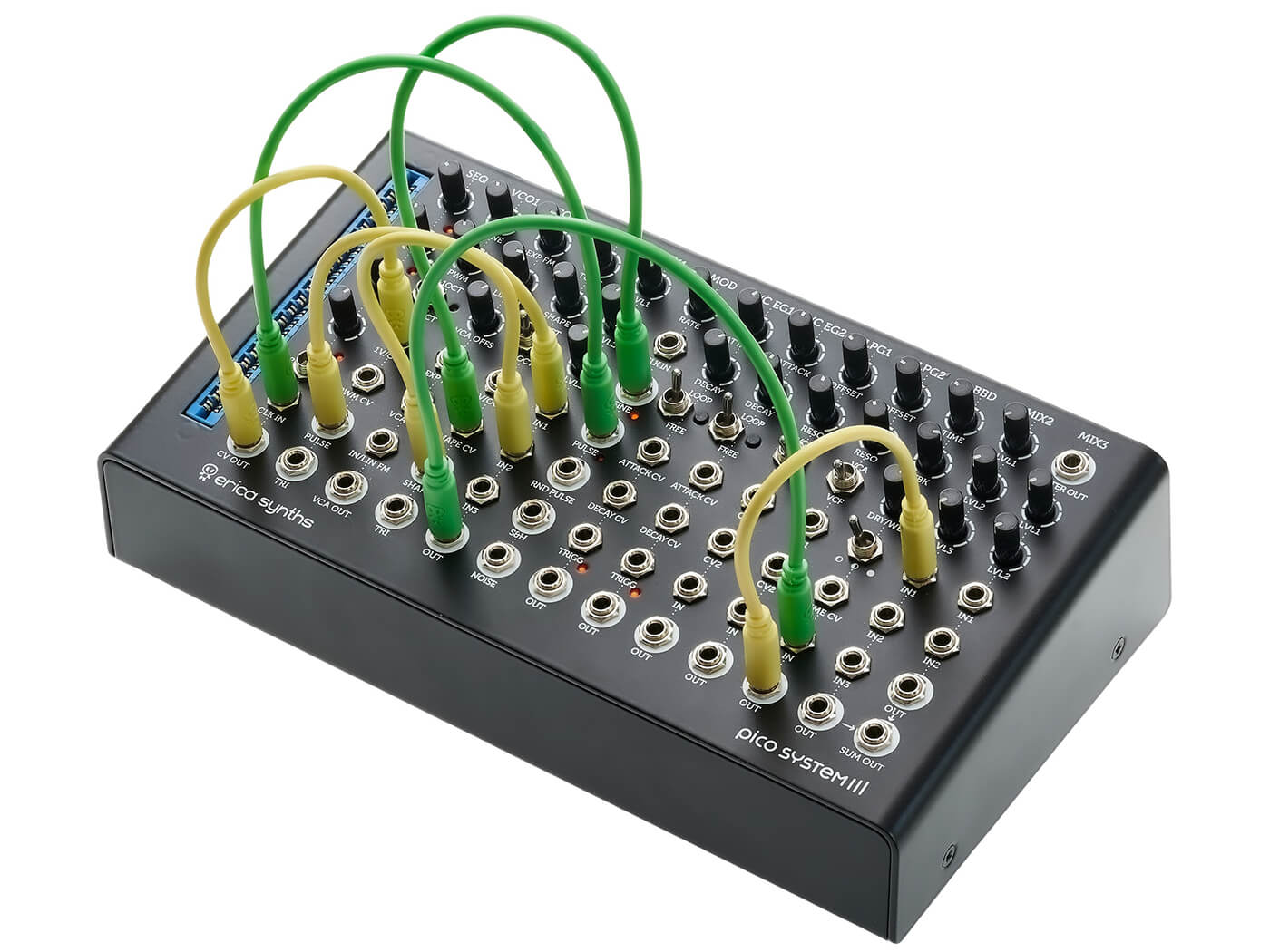 Just days after the announcement of its collaboration with Ninja Tune on Zen Delay, Erica Synths return with a compact modular synth, Pico System III.

Continuing from the Pico System II, the goal with this device is to bring modular synthesis at an affordable price. In fact, the System III is less than half the price of its predecessor. It comes available as a desktop unit or as a Eurorack module.

The Pico System III has 31 inputs and 20 outputs, which means that with enough patch cables, Erica Synths say you can patch the system in “121000931215044250740178662400 variations”. So it has allowed a little room for experimentation. Also featured is a 2-3-4 step sequencer, two VCOs, a modulator with sync-able LFO, random CV and noise source, two VC envelopes and two lowpass gates.

Erica Synths has developed voice cards for the System III, which contain preset patches, allowing users to change patch instantly. With five factory preset voice cards, and five blank voice cards to store a user patch on, it could prove to be a useful feature for live performance. More voice cards will be available shortly from the brand’s online store.

Pico System III is available for ordering now from ericasynths.lv. The Eurorack version is sold for €400, while the desktop unit is €450.