Dave Gale reports from the 2017 Brighton Modular Meet, now a two day Modular Explosion, held on the first weekend in July. On a hot Sunday, the first in July, what better to do than drive South and head for Brighton, but not the beach, just the modest sound of techno beats, emanating from the […] 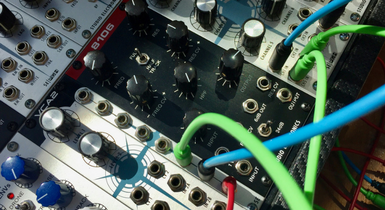 On a hot Sunday, the first in July, what better to do than drive South and head for Brighton, but not the beach, just the modest sound of techno beats, emanating from the University of Sussex, for the annual Brighton Modular Meet.

Extended to a full weekend, Saturday was very much the focus of workshops. If you’ve ever fancied making your own modules, or understanding how modular works, there was a workshop for you, all under the expert guidance of the likes of Moog Technicians and Nobots, and talking of building your own modules, Brighton stalwarts Thonk were in house, in case all the DIY inspiration made you want to invest in some kits.

Showing off their latest imaginings from Music Thing Modular which include the new ‘Chord Organ’ chordal based module, along with the Mk2 revision of their infamous Spring Reverb. The usual great quality and useful products, with the only catch that you have to make them yourself.

ALM Busy Circuits were inviting visitors to get über fit, thanks to their newest offering ‘Pamela’s New Workout’, (reviewed MT 172) now with matching Tee-Shirt. This fantastically useful and flexible module was a huge hit with us, when we reviewed it a couple of months ago.

AJH Synth’s mastermind, Allan Hall, was on hand to talk through his latest range of modules, (reviewed MT170) offering ADSHR envelopes, LFOs and more utility modules than you could shake a stick at. All built with the usual AJH attention to detail and quality.

Studio Electronics were creating a very nice buzz (literally!) with their 8106 Filter and Tonestar, (reviewed MT171). Based on the Roland Jupiter/Juno filter chip, this filter packs a huge Roland’esque punch, which follows the SE tradition of great sounding filters, that are musical and useable and equal amounts.

Soulsby were creating some great 8 bit mayhem and crunchiness, with the latest firmware upgrades to their Oscitron module. (Reviewed MT167)

Arturia were demonstrating a whole host of fantastic electronic music based products, with the likes of their various Brutes, the biggest Brute of the lot being the fantastic Matrix Brute (Reviewed MT170), unmissable in it’s large form, with the enticing programmable Matrix, and sporting a new v.2 Firmware upgrade, bringing some new features and fixes.

Clearly a time for firmware updates, the Beatstep Pro was also sporting a v.2 upgrade, which amongst other things now sports polyrhythmic behaviour. Not to be left in the shadows, the Drum Brute provided some nice beefy grooves to shore up the synth based Brutes..

Make Noise also put in a very special appearance, sporting a full modular of some of their charming and esoteric modules. The fabulous 0-Coast sat perfectly alongside a larger frame, demonstrating one of the latest to their product line, in the shape of the glorious sounding Morphagene, which offers plenty of digitally based tape-like functionality, all under CV control.

Erica Synths always seems to have something new to show at these events, and alongside their Pico System 1 (Reviewed MT 170) was a new addition to the Pico Range, in the shape of the Pico Voice, which is a multifaceted sound source, offering Wavetable, chords and more.

Meanwhile, the Fusion range offers two new additions, in both VCA and VCF form, both in their V.2 incarnations. Rich in tonal colour, you cannot miss the analogue components, glowing beautifully, right in the centre of the modules.

Expert Sleepers were flying high with a Firmware upgrade to the newly announced Disting Mk4, now bringing Wavetable playback to the ever increasing armoury of functions available to the Disting user.

Throughout the whole weekend, a series of talks and performances accented proceedings. Notable insight came from Nobots and Expert Sleepers, while live modular based performances came from a very inspiring lineup of specialists and musicians, including Simonsound and VCOADSR.

Where else will you find great performances, alongside numerous enthusiasts, who are keen to display their pride and joys, and what an eclectic collection there was, with some notably wonderful 5U format rigs, to a beautiful reincarnation of an ARP2600, in TTSH form?

Now a firm fixture in the Modular calendar, the Brighton Modular Meet has become something of a highlight, and is a definite must for anyone wishing to learn or gain inspiration. Look out for their Facebook group, for details about next years event. 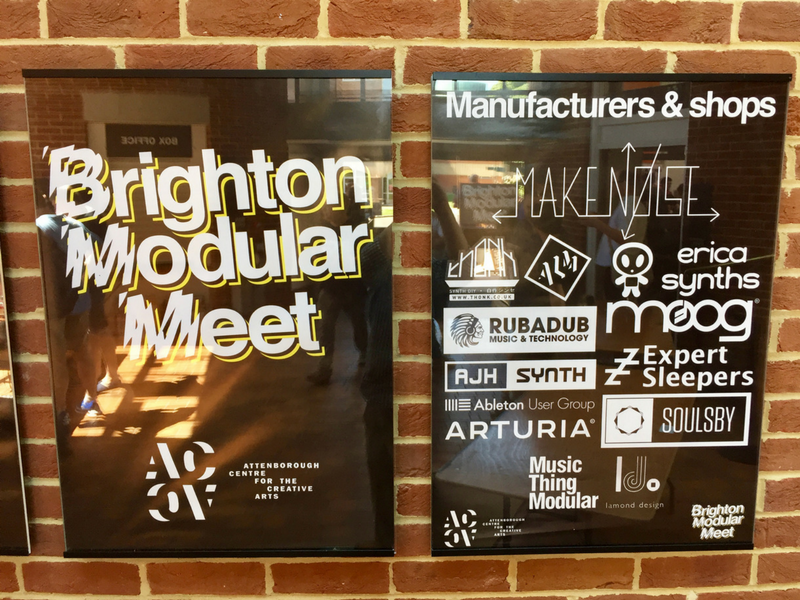 With a growing number of exhibitors, the Brighton Meet is the perfect place to meet the makers of the ever expanding lineup of Eurorack modules. 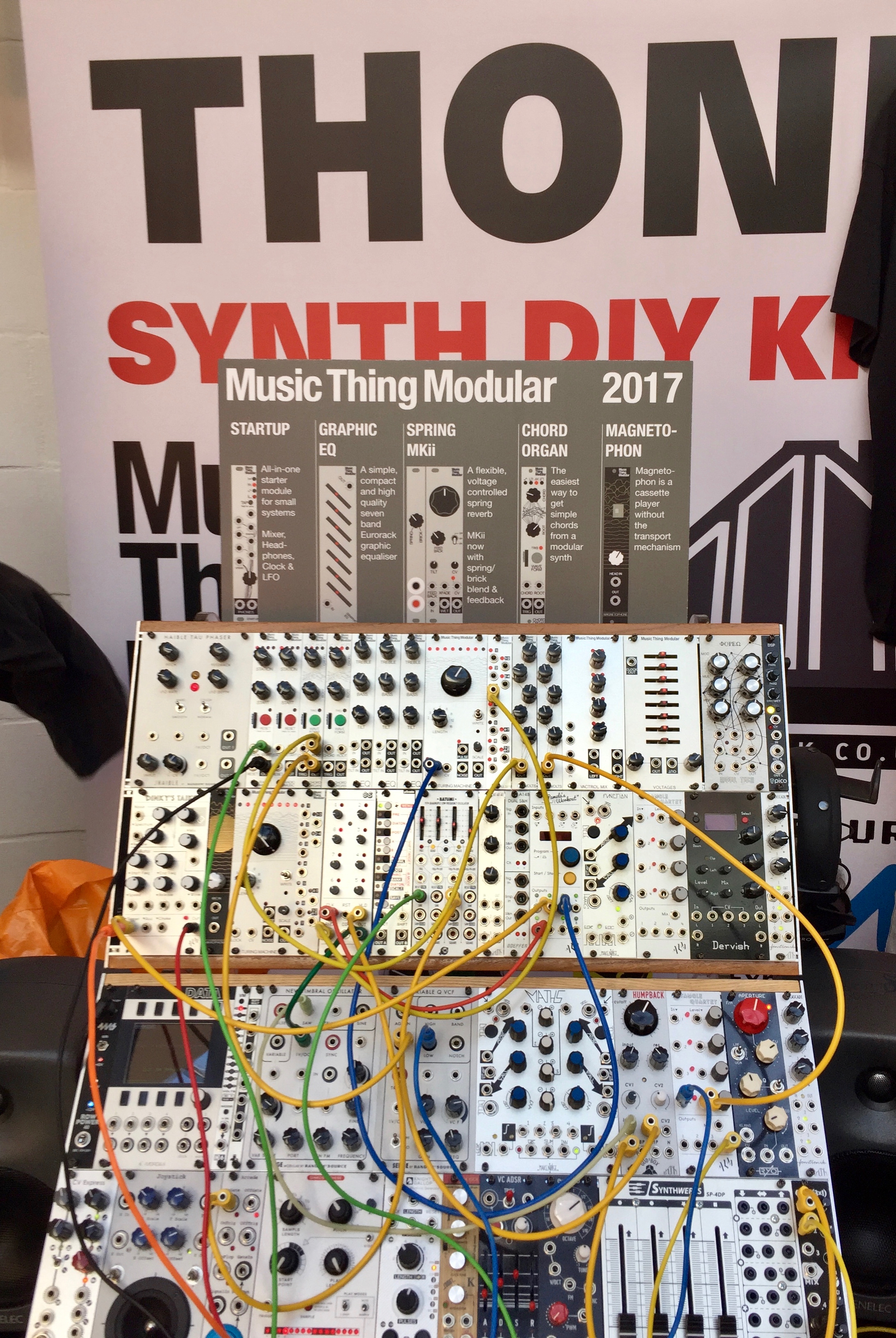 The latest in DIY, Thonk offer plenty of modules for all level of ability. 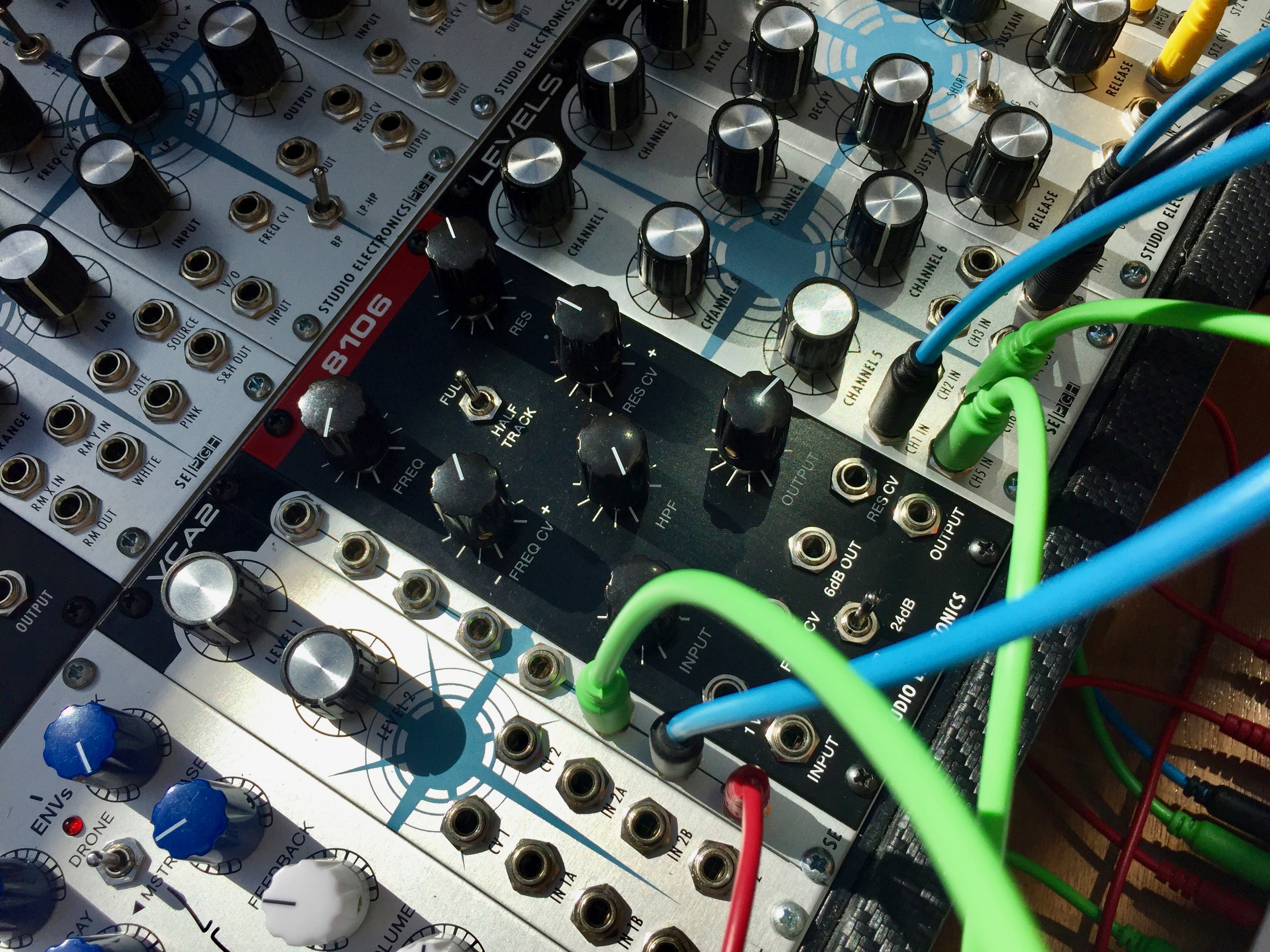 The outstanding new 8106 filter from Studio Electronics. It’s got a hell of a punch! 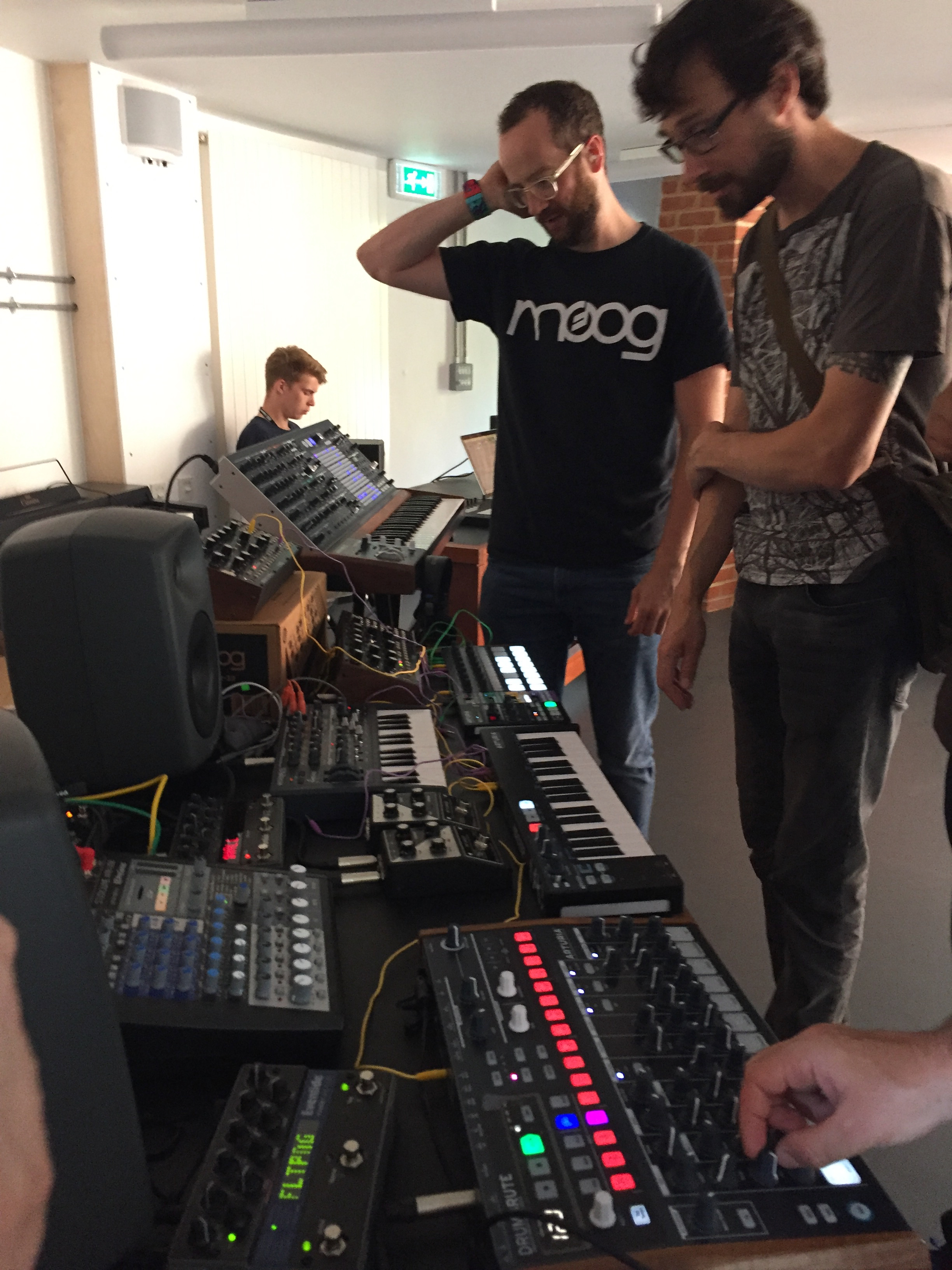 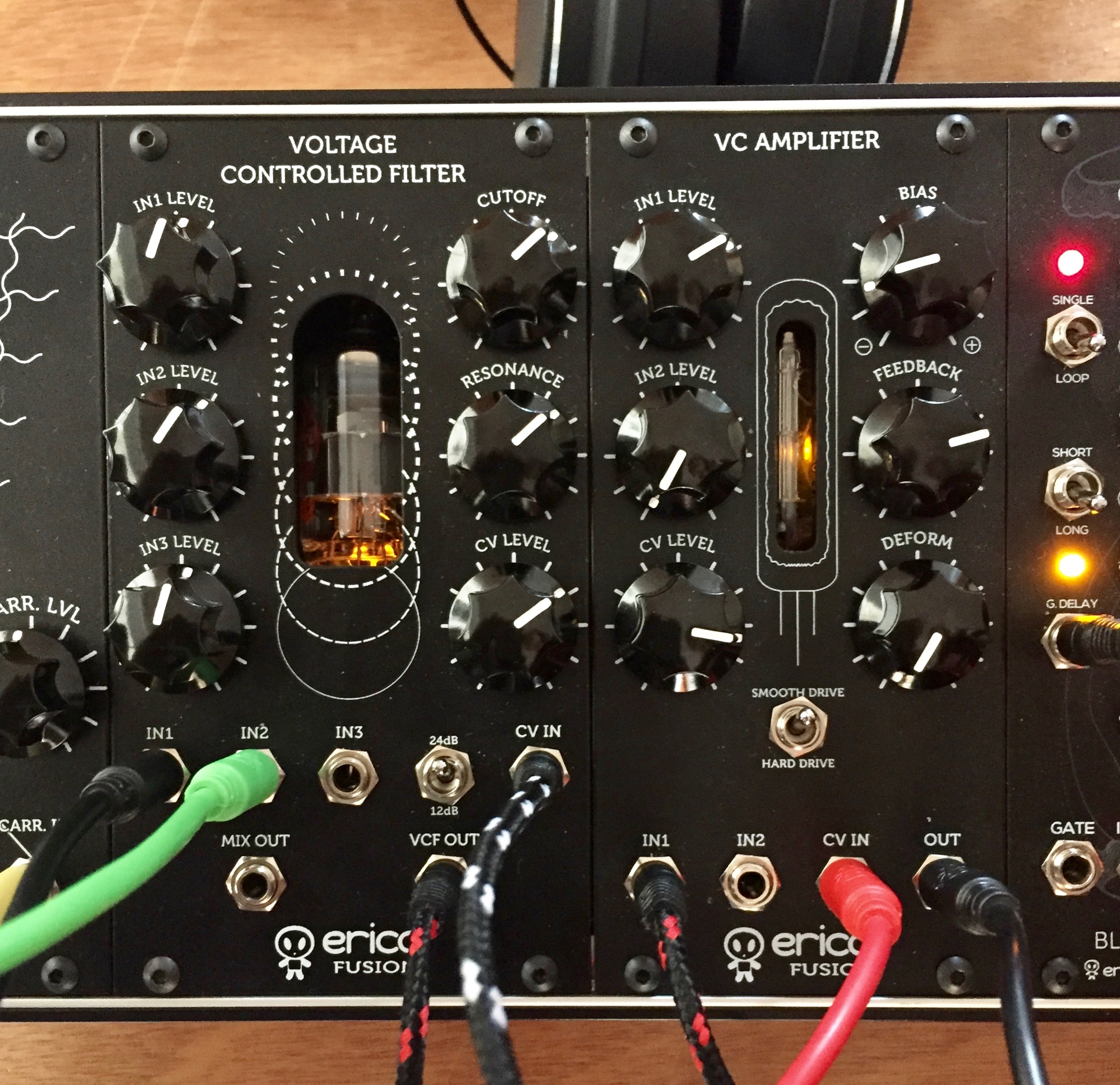 Another show, another bunch of new modules from Erica. If you like analogue, you’ll love these! 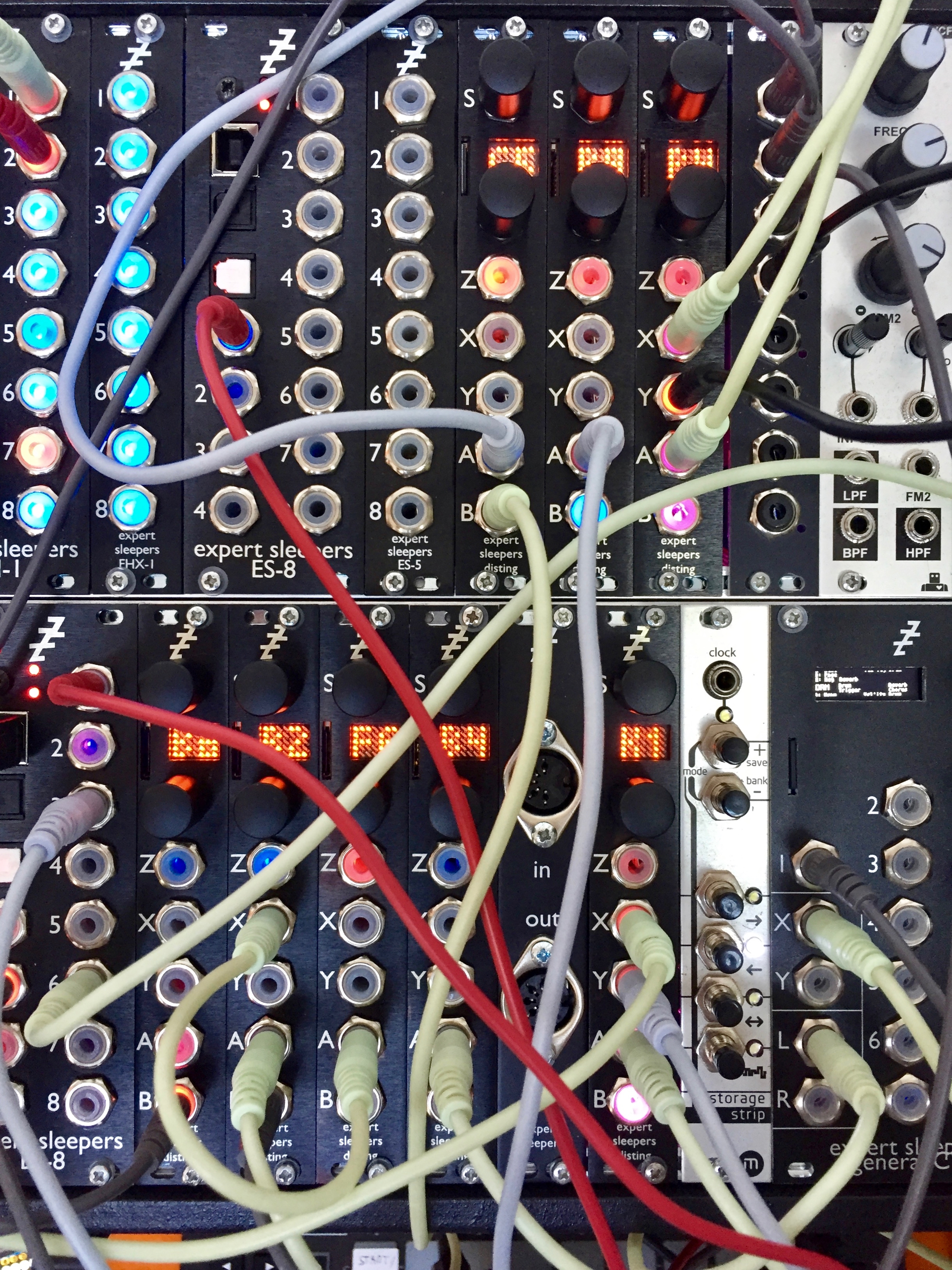 Take one Disting into the shower? No, better have several instead then! 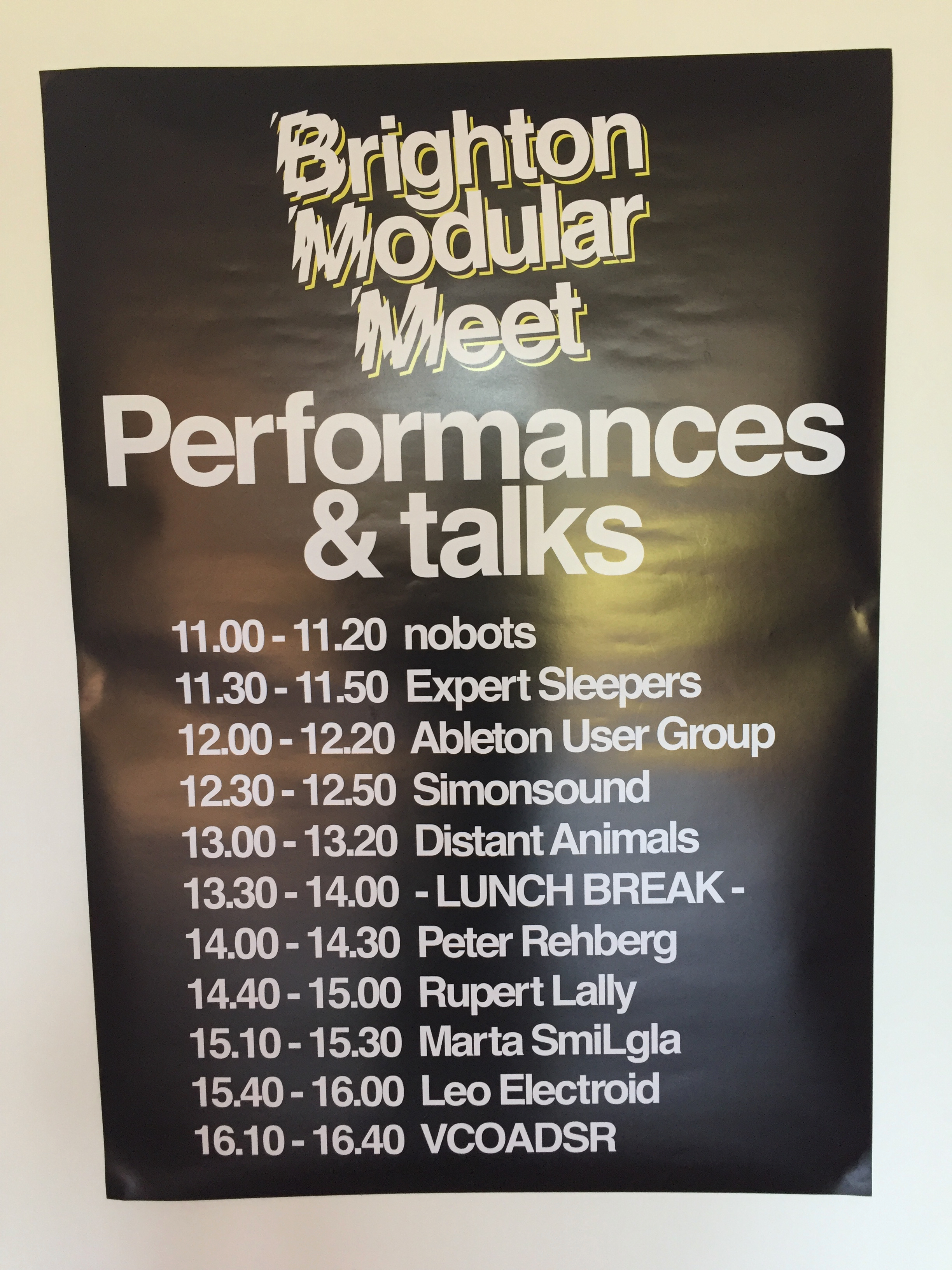 A nice long list of performers and contributors, keeping us entertained throughout the second day. 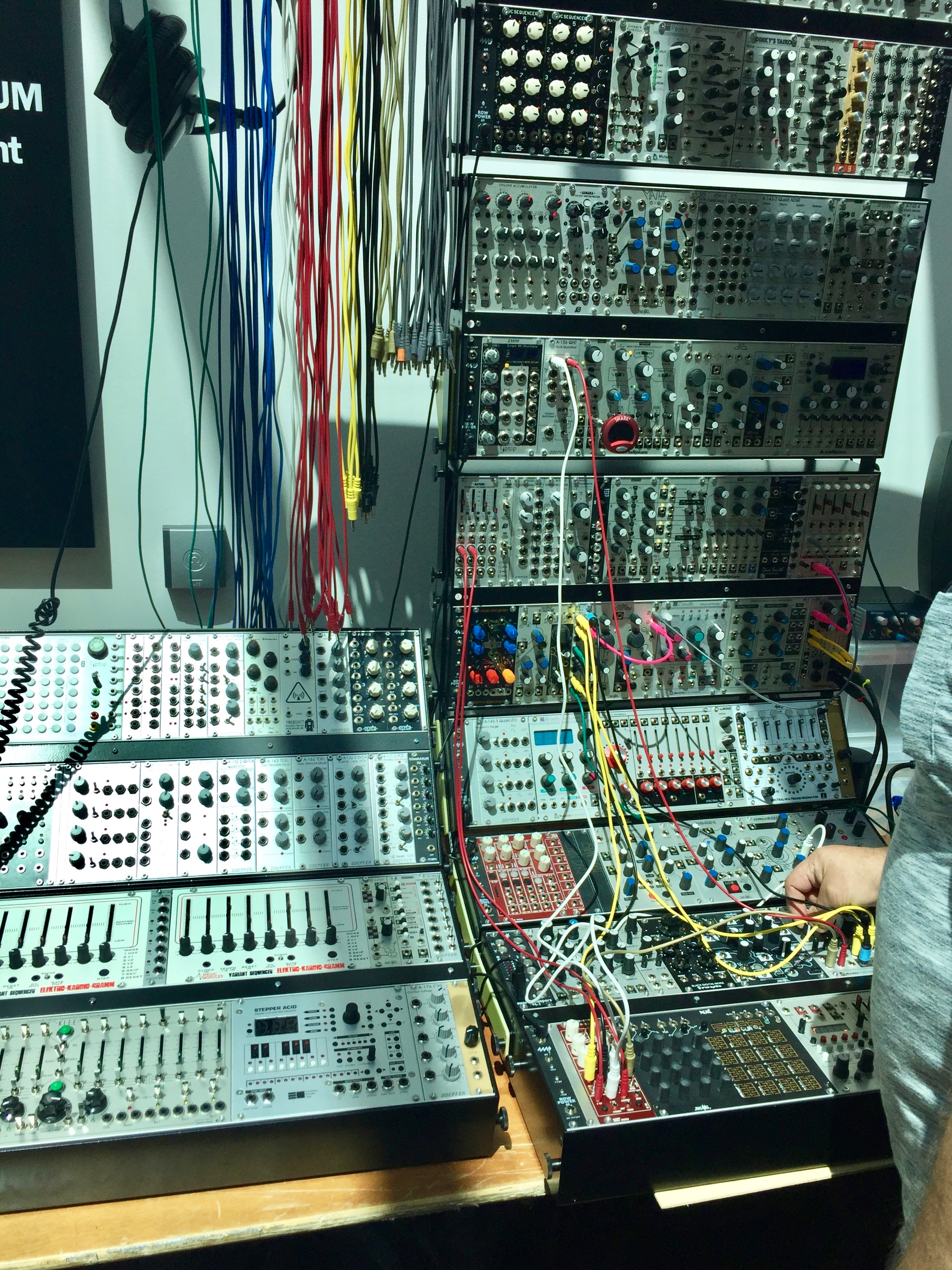 Winning the prize for the largest Eurorack to make it to the show, this system turned some heads! 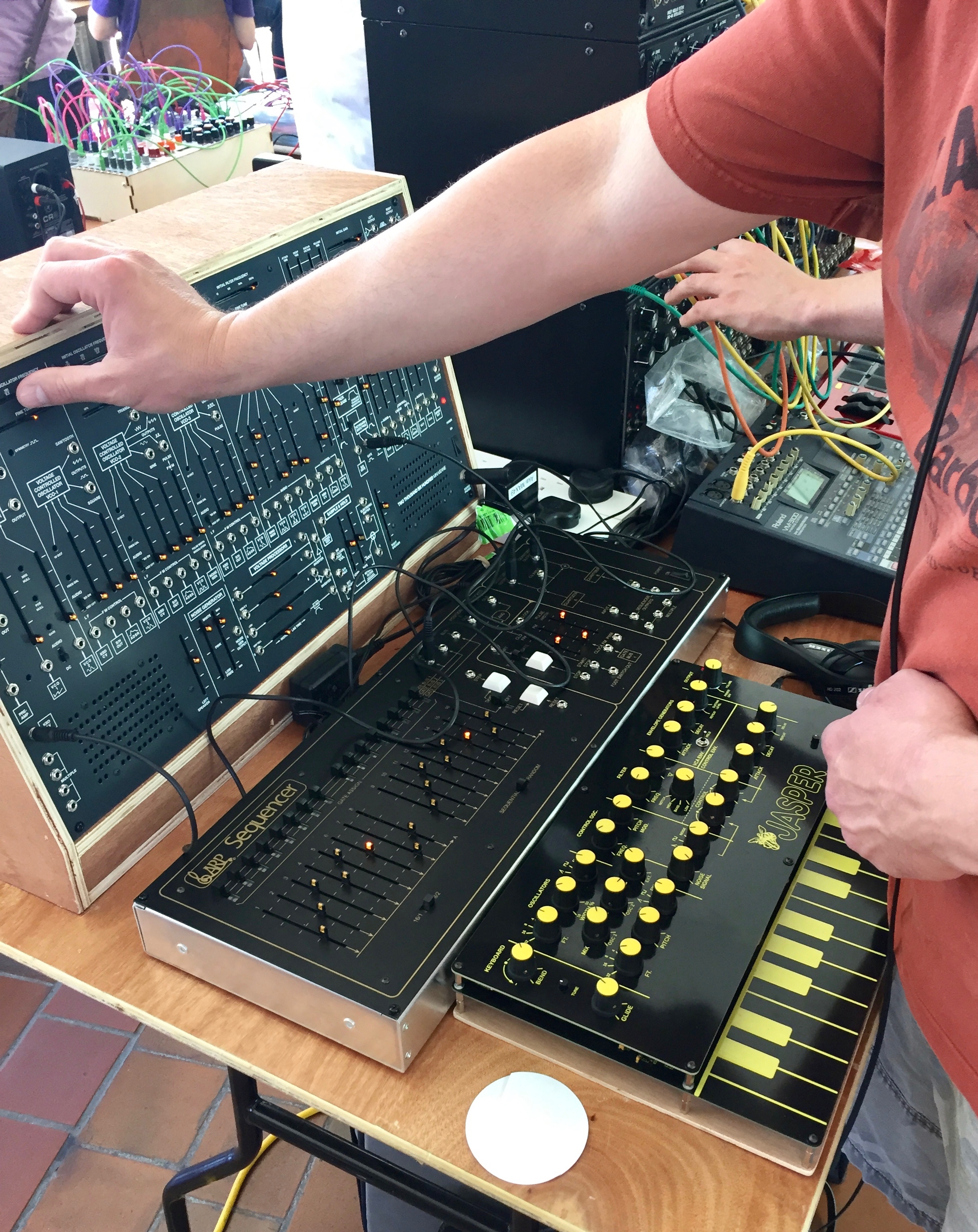 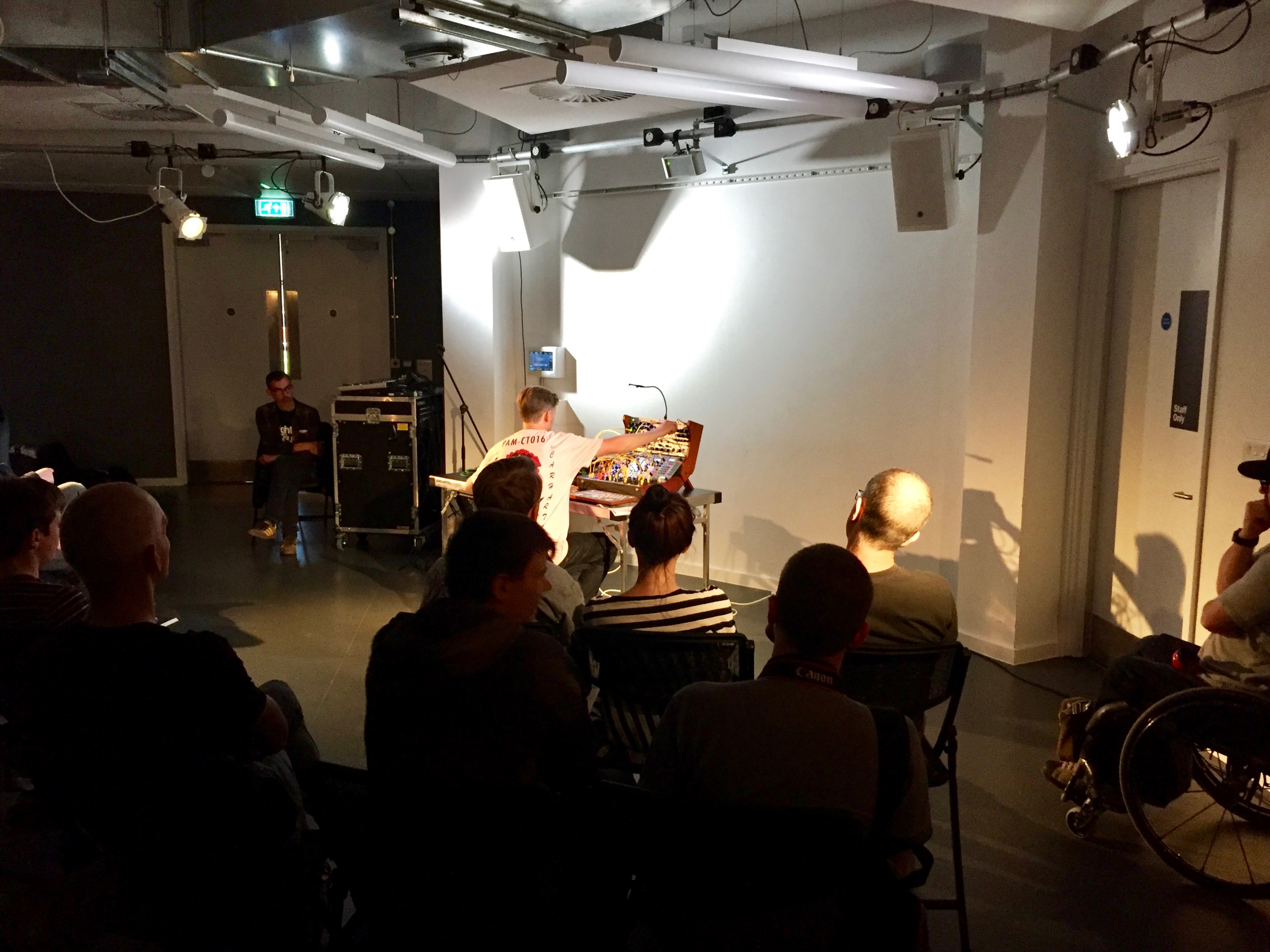 Live and in performance, Simonsound treated us to some beautiful and unusual sonic delights. 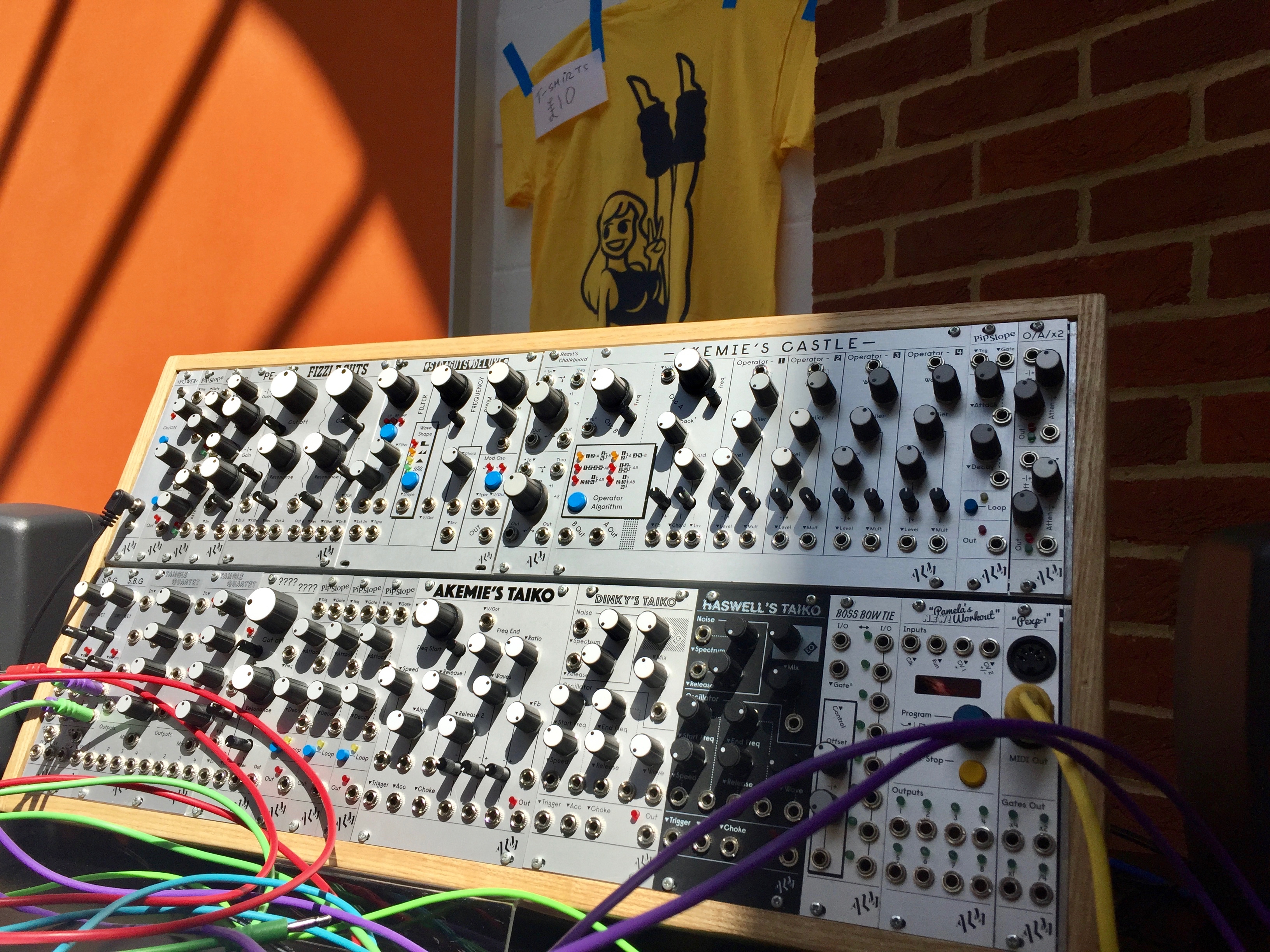 Been there, bought the T-Shirt! ALM demonstrate their new Pammy, while sporting a yellow flash!