The drum machine is touted as a companion for the company’s acid bass machine, the TD-3 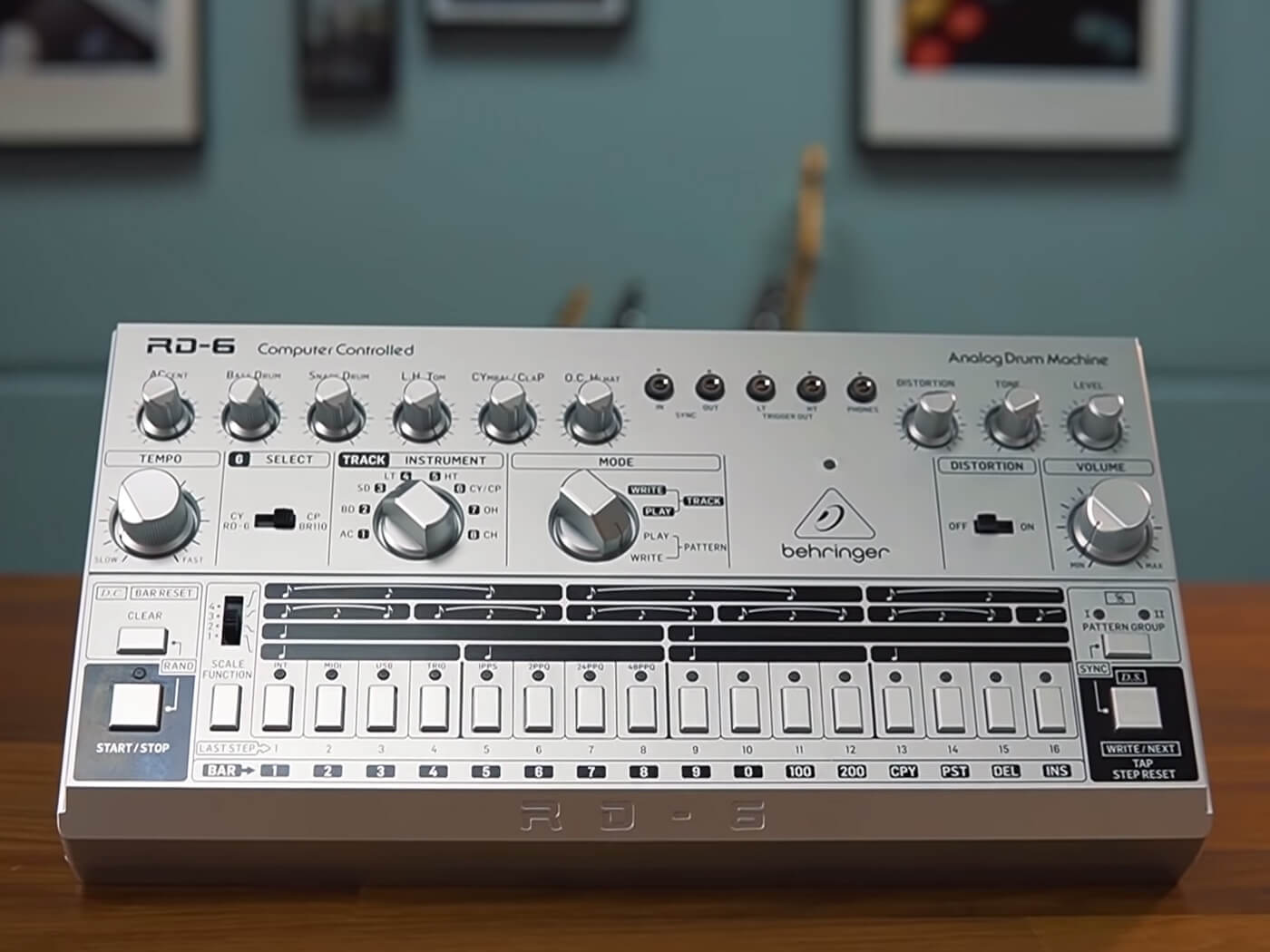 NAMM 2020: Behringer is working hard to upstage NAMM this year with its launches coming from the somewhat remote ‘Banaheim Convention Centre’. The brand has now launched the RD-6, a Roland TR-606 inspired drum machine.

We are pretty used to Behringer silently uploading gear announcements to its YouTube channel by this point, and today is no different. After producing its own take on the Roland System 55 this week, the synth manufacturing giant is back for more of Roland’s legacy, this time with the RD-6. Built as a companion for the original TB-303, the TR-606 was a compact analogue drum machine built in the early 1980s by Roland. As Behringer has recently launched its TB-303 inspired synth, it’s taken the logical next step and built the RD-6 to partner up with the TD-3

The new device departs from the original machine with a built-in distortion unit, which can be deployed with a simple switch, plus depth knob along the top panel. With 64 step sequencing and 3.5mm line outs for every voice, there seems to be plenty of scope for nuanced control across the RD-6’s drum sounds.

You can also hook the RD-6 up to other audio gear in your studio using the sync and trigger out connections on the front panel. A quarter-inch start/stop trigger in will allow you to start your sequences with other gear; a foot pedal, for example. Five-pin MIDI In/Out will give you further connectivity across devices equipped with MIDI.

No word on price as of yet, but as the TD-3 is attractively priced at £139 we can expect its analogue drum machine companion to come in at a similar price tag. NAMM 2020 isn’t over just yet, and rumour has it Behringer has a few more tricks up its sleeve over in ‘Banaheim’. Stay tuned for more.

For more NAMM news, head to our hub page.