Kitted out with iOS controllers and a mic, the artist improvises a DnB banger on the fly 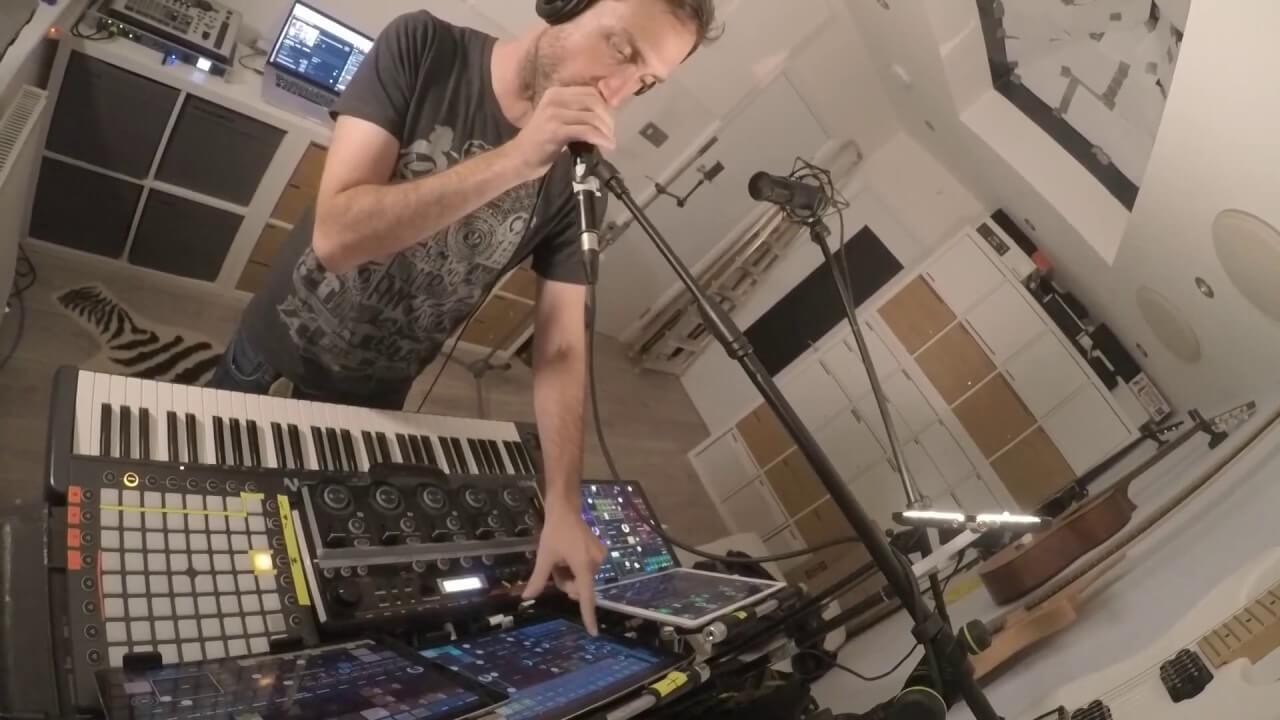 Beardyman has uploaded a segment from one of his recent YouTube streams, in which he improvises a drum and bass track without the use of synths or pre-made samples.

Gear-wise, he has Lemur for iOS set up over 4 iPads, which will be controlling a number of effects and racks in a DAW. Also set up is a Boss RC505 Loop station, which can be used to record and play back your own loops in real time. Novation’s Launchpad Pro is also featured in the video, which can be used to control MIDI actions – although in this particular video it’s not actually used.

Beardyman has been performing and recording music for over a decade now, and has recently been streaming live to YouTube and also released a new song ‘6AM (Ready To Write) feat Joe Rogan’. His iconic performance at The Underbelly now has over six million views on YouTube.

Find out more about Beardyman on his website, beardyman.co.uk