Add sauce to your music and make it sound richer. 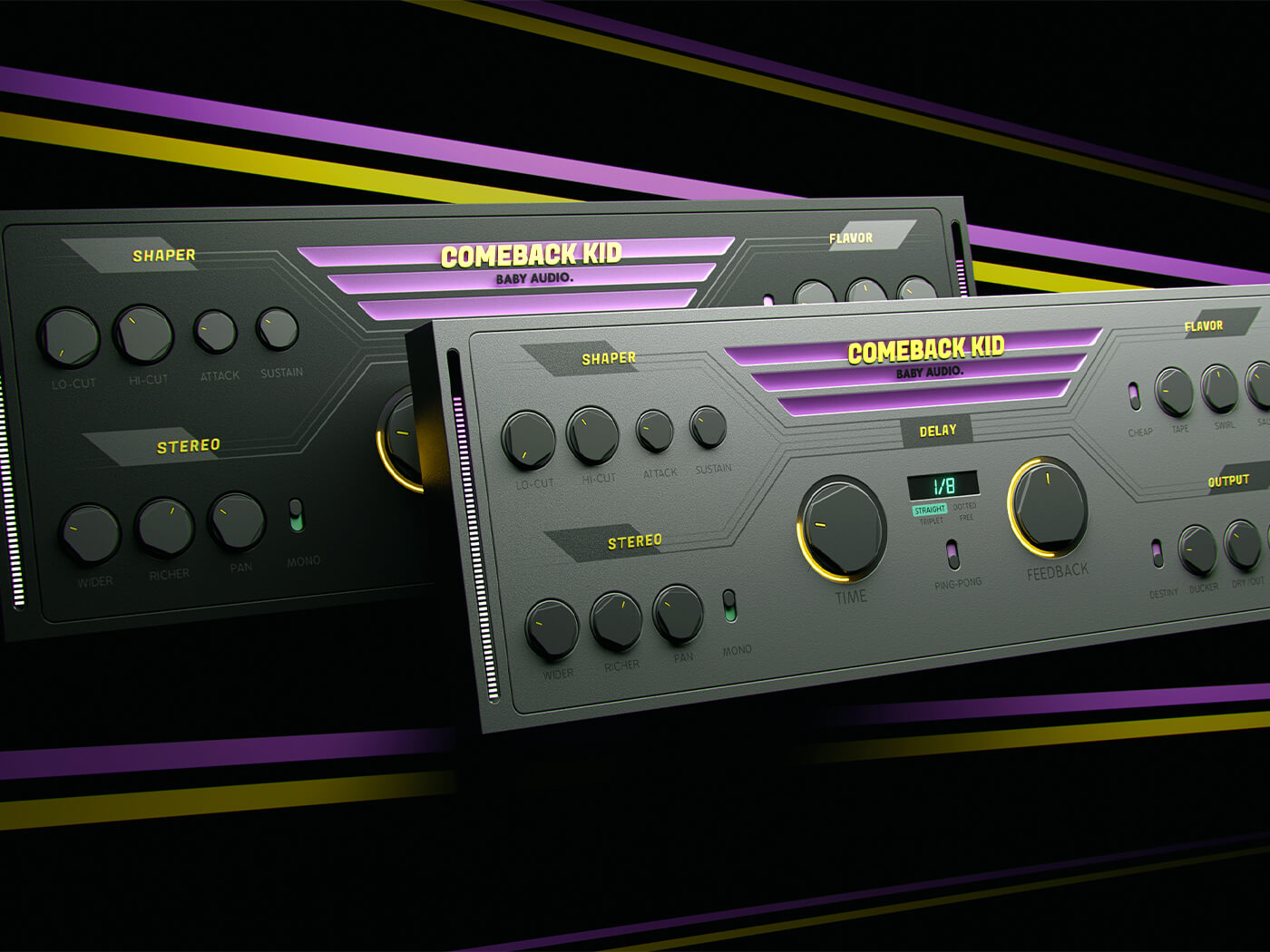 Baby Audio’s Comeback Kid is the next friendly plug-in from the LA-based developer, this time placing a creative focus on delay.
But don’t call it a comeback! Baby Audio is on a hot streak with its effect plug-ins right now. Magic Switch thickened up our sounds for free, Super VHS warped us back to the 80s, and I<3NY placed us in the centre of New York studios, giving us quick access to parallel compression.

Evidently, Baby Audio loves the sound of analogue gear and the presence it can bring to our audio. The goal with Comeback Kid was to combine digital flexibility with a warm analogue flavour. “We set out to develop our vision for a great sounding, more inspiring delay plugin. One that lets you design your own delay sounds through a versatile selection of onboard flavouring tools. Easily and intuitively”, Baby Audio says. 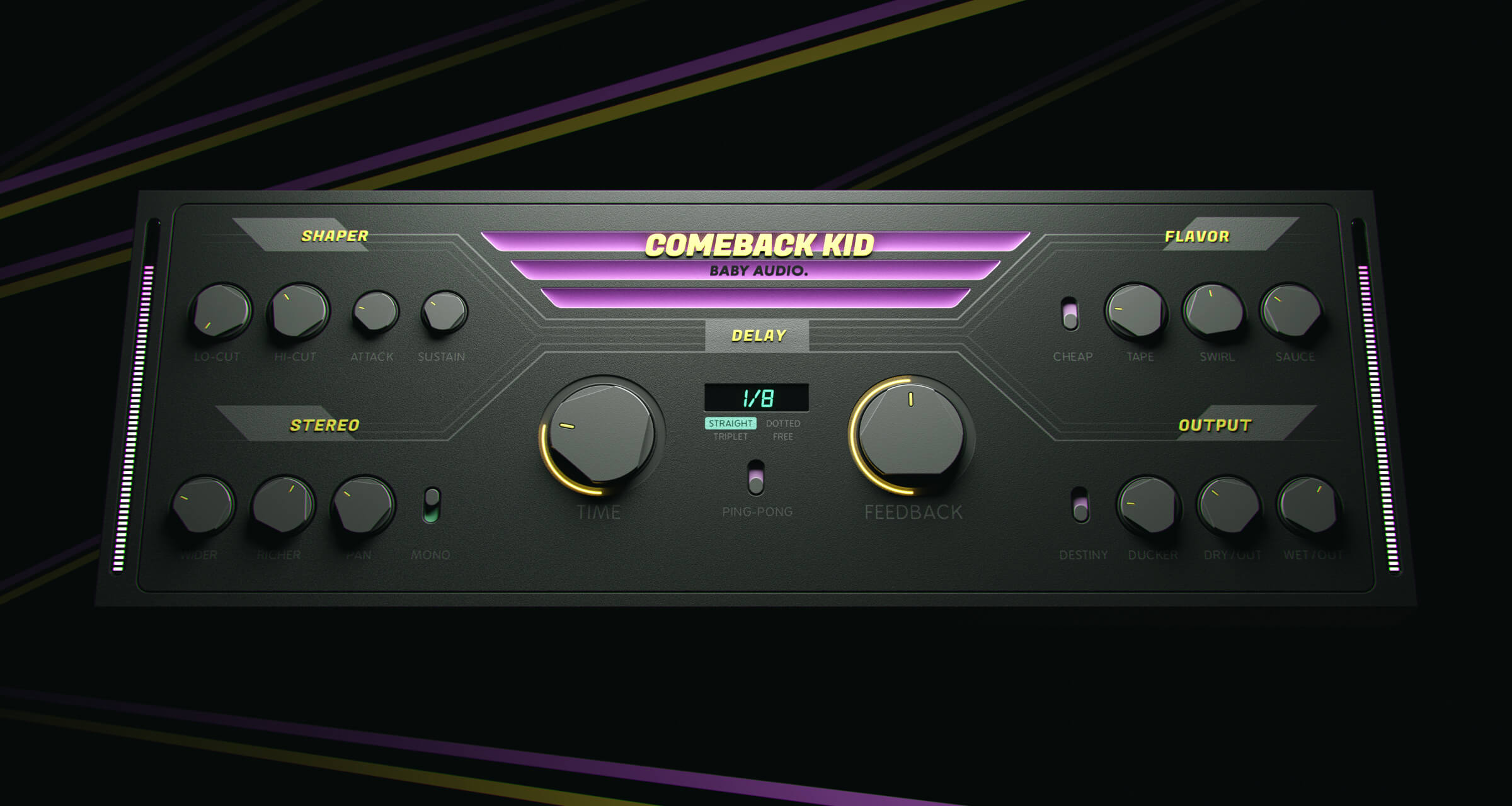 Available for Mac and PC, Comeback Kid satisfies your standard needs from a delay, plus throws in a little extra. Taking a similar approach to Super VHS, Comeback Kid is built with one-knob effects, with no sub-menus or hidden features, letting you get immediately hands-on. 61 presets are included too, created by Rhianna’s producer, Mick Schultz, and Anthony Saffery, a Billboard #1 engineer for Portugal.

With a resizable interface, it seems like navigating around Comeback Kid can be quite fun, given the nature of its parameters. You’ll find some of the usual delay functions here, including BPM-synced timing modes and a ping-pong option, plus some analogue modelled filters to shape your delay tones.

The more ‘stand-out’ features here are Cheap, Tape, Swirl, Sauce, Wider, Richer, and Destiny. In the Flavor section, Cheap will degrade the resolution of your delays, Tape adds warm saturation, Swirl adds movement with a phaser and Sauce will add some algorithmic reverb. Wider expands the stereo image of the delay, while Richer can add pitch variation, which are accessible in the Stereo section. Destiny will “leave your delays to destiny — for a less robotic, more human and unpredictable vibe”, according to Baby Audio.

Comeback Kid is available now for an introductory price of $79. Find out more at babyaud.io