Baby Audio’s lo-fi multi-effects plug-in rolls six effects into one to add the magic sounds of the VHS era to your tracks. 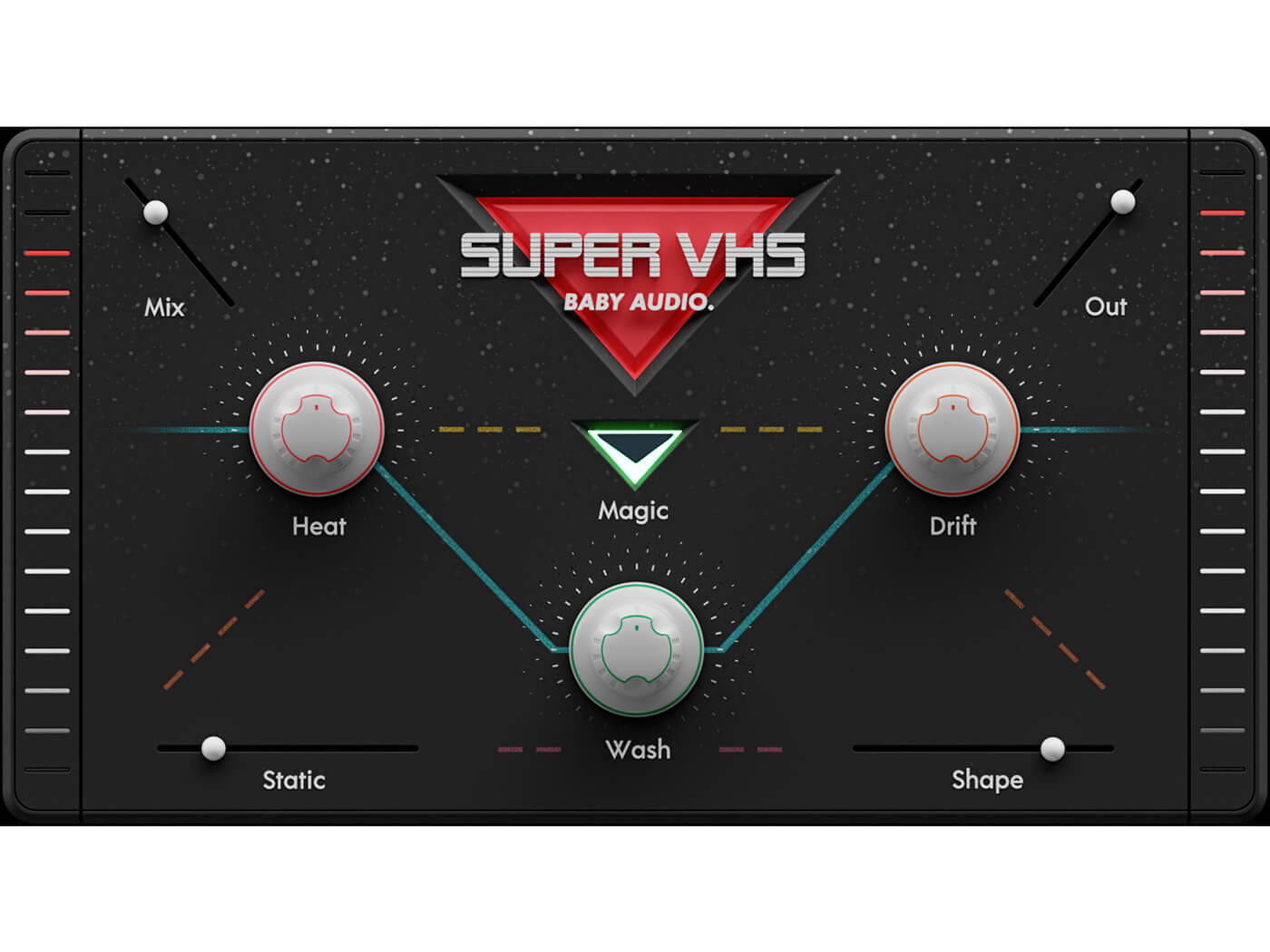 Following up from its very first plug-in, I Heart NY, Baby Audio is back with a multi-effects unit designed to streamline your production process. Super VHS aims to recreate the sonic artefacts reminiscent of the era of VHS – lo-fi, fuzzy sounds that hurl us back into the 1980s and 90s.

Despite the name, Baby Audio’s sophomore plug-in is not a direct VHS tape emulator, nor is it based on any specific piece of hardware – VCR machine or otherwise. The concept of Super VHS is to bring a long effects chain into one simple-to-use unit when aiming for the nostalgic sounds found in music and soundtracks played around the peak of VHS use. With all that being said, let’s take a look at how well Super VHS achieves its goal.

Super VHS is built with six main parameters that are controlled each by a single knob, single slider or, in the case of Magic, a single button. Built into Super VHS is an EQ that subtly rolls off some of the top end, so you’re getting an analogue-style sound before you even touch a parameter. It’s not exactly the most graphically impressive interface, but it’s clear to see the controls and input/output levels which are indicated on the sides. Besides, we’re after good sounds, not good looks on a plug-in.

Magic is a single button chorus effect which brings instant thickness and depth. It’s actually difficult to not get carried away and apply this to everything in your session, just to see how it sounds. In my experimenting, it worked wonders on chords from guitars, electric keyboards, synth pads and, most interestingly, on an acid bassline.

We’ve seen this one-button chorus effect before, most notably on Roland’s Juno 60 – arguably the most iconic chorus effect in the history of electronic music. Magic takes a slightly different approach, sounding slightly darker and accentuating the low and mid-frequencies significantly more so than the high end. The detuning aspect of Magic is seriously satisfying, it really did completely transform the guitar loop I was working with for the better. 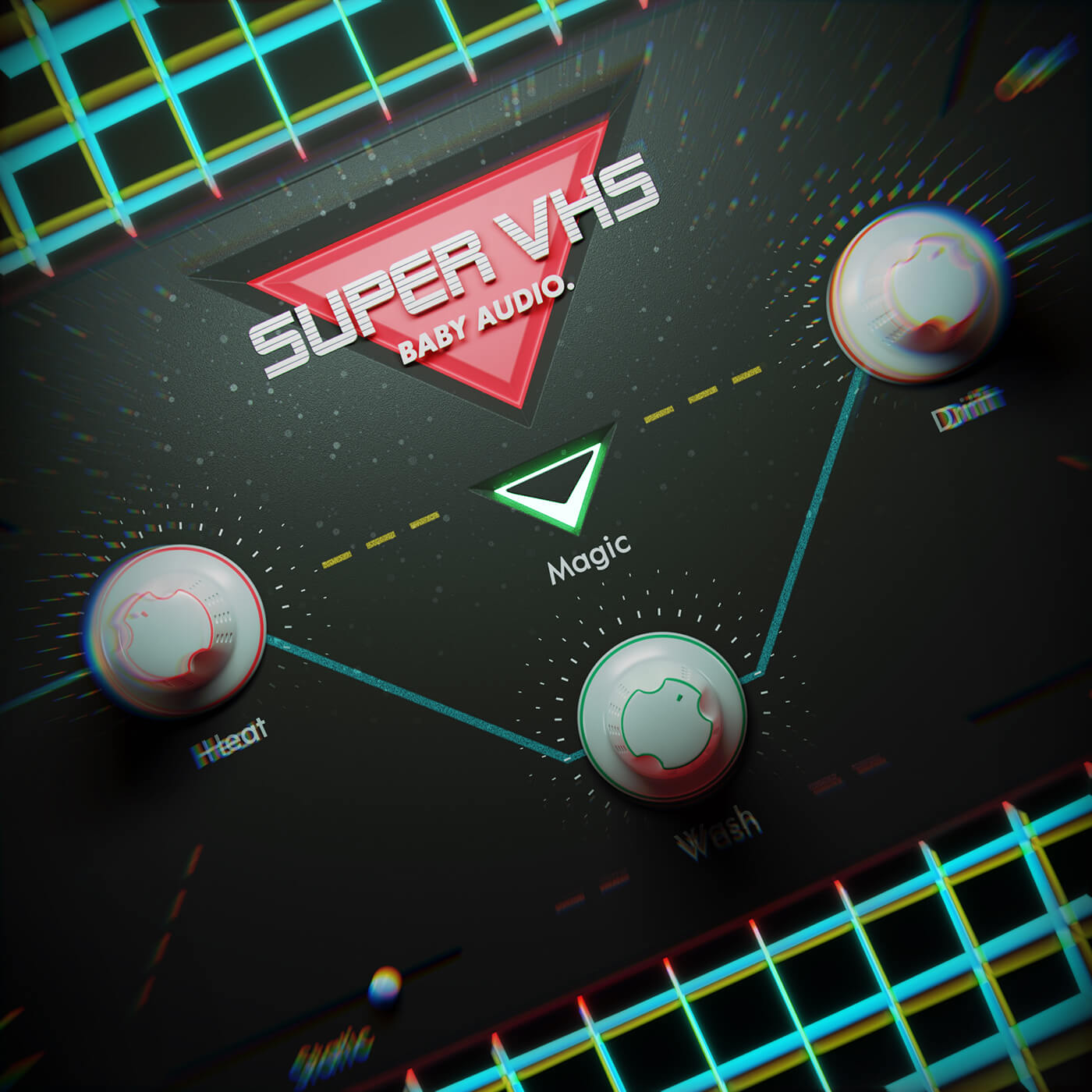 The three effect knobs provide control on Heat, Wash and Drift. According to Baby Audio, Heat is “a saturation algorithm modelled after analogue tape”, and offers warmth, saturation and a slight amount of compression as you increase the amount. Drive the Heat knob all the way up and you’ll get full-on distortion, which you may wish to use with caution. Having said that, there is a low-end preservation filter, meaning the lower frequencies are retained at high levels of distortion, making it a useful distortion unit for synth bass.

Among other instrumentation, you might want to keep this below 12 o’clock.
Inspired from the sounds of cheap 80s 12-bit rack reverb units comes Wash, a one-knob loop reverb that Baby Audio describe as ‘bad hall reverb’. Obviously, due to the single-knob nature of Wash, you are unable to adjust reverb tail length or other parameters, essentially making it just a wet/dry blend. It’s quite a long reverb, but definitely gives a VHS-era feel, and was a paramount feature that made some of my sounds feel fitting in the universes of Blade Runner or Stranger Things.

Drift is the final knob on SuperVHS, which is an independent LFO affecting pitch and time stability. Drift’s algorithm has variations and randomness built-in, making the fluctuations feel as if they had come from the wonky playback of your average VCR machine. The LFO is slow, making the fluctuations quite lengthy, and become more intense as the Drift knob is turned. Drift is the parameter that will achieve those wonky chords found in music from Com Truise and other chillwave classics like Resonance by HOME.

Static will generate noise from an internal mini-synth, consisting of only a filtered noise oscillator and a digital saw wave, meaning the static sounds contain constant variations, much like Drift. This sets it apart from a looped static sample and offers a real genuine noise found in VCR machines. The amplification curve gets quite steep over 50% and gets pretty loud, there may be scope for creativity with Static, but for the most part, you’ll want this applied subtly.

Shape is a sample rate reducer that works in tandem with an internal bitcrusher, inspired by the 8-bit samplers of the 1980s. It’s split into 10 steps, so doesn’t work in the same way as other sample reducers, like Redux in Live, in which you can gradually apply the effect. This is probably the least subtle effect in the whole of SuperVHS, but it could work really well on certain instruments.

SuperVHS does a great job of what it sets out to do. Producers looking to create lo-fi, nostalgic, vintage-sounding tracks won’t need to create lengthy plug-in chains of EQ, chorus, compression and saturation. This does it all for you and isn’t a burden on the CPU, although it is worth noting this won’t always work well as a bus plug-in, as you’ll always have a bit of the dry signal present.

The price is competitive among similar plug-ins too, although you won’t get the same in-depth control you would in the higher end effects units. Baby Audio is all about creating plug-ins to help you create music quickly, without tampering with parameters too much – whether you desire knob-twiddling and preset diving might depend on the type of project you’re embarking on.

For a free plug-in, this should satisfy your vintage chorus needs. It’s a two-button emulation of the Juno Chorus found on Roland’s Juno 60 and Juno 106. With three chorus modes. It’s a good option for chorus on a range of instruments but does sound slightly different to SuperVHS’ Magic.

XLN Audio
RC-20 Retro Color €79
This will cost you slightly more than SuperVHS, but does offer some more precise controls whilst still exhibiting a single-knob style across parameters.