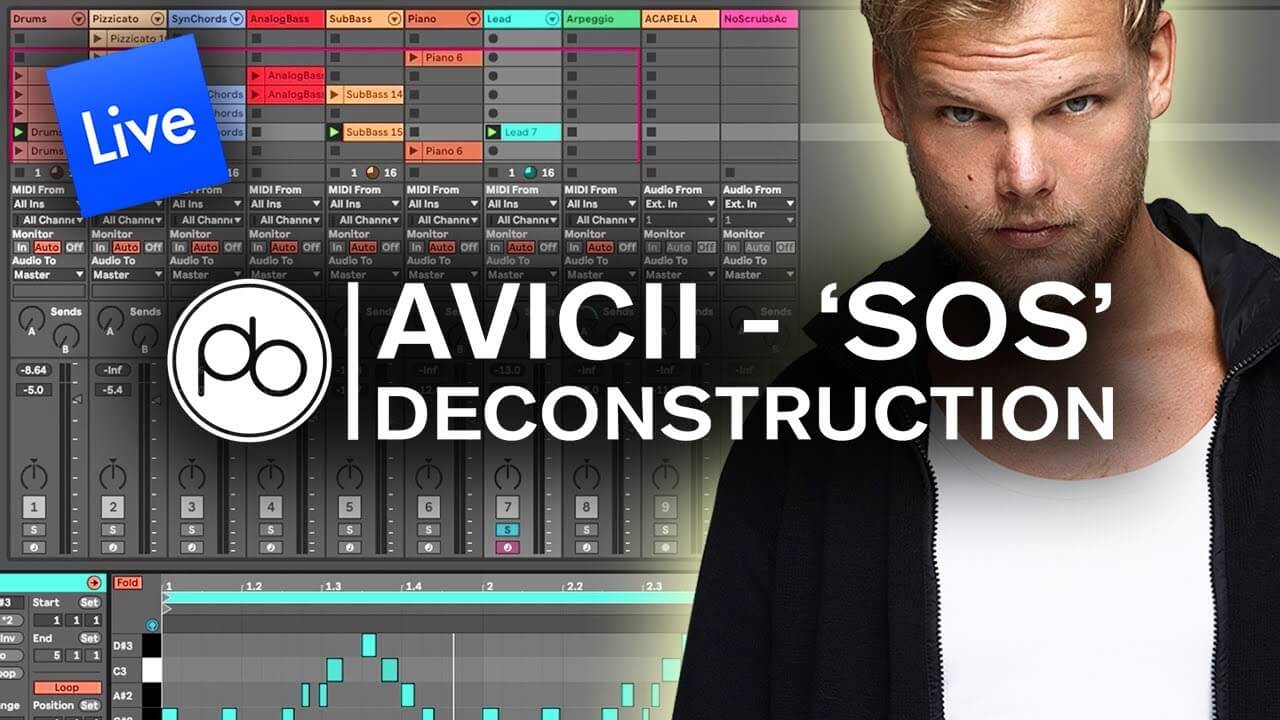 Avicii was, and still is, one of the most successful EDM producers of all time, with his third album TIM, released posthumously, going Platinum in five countries. Point Blank has shared its track breakdown of the hit single from the album, SOS ft. Aloe Blacc, which was originally presented at the International Music Summit in Malta.

Ski Oakenfull, Head of Curriculum at Point Blank walked the audience through SOS and remade it from the ground up. Accumulating over 400 million Spotify streams alone, “the collaboration between the producer and singer is the ultimate feel-good anthem blending melodic plucks with beefy kicks and infectious vocals”, Point Blank says of the song. Ski starts by laying down the foundations of the track, programming in beat patterns and effects into Ableton Live 10 using Push 2.

Going deeper into the theory, Ski then breaks down the chords and melodies, along with analysing the structure of the track. He shares the process used to figure out the song’s key signature, by finding the dominant, or ‘tonic’, note in the track, and once all the chords and toplines are recorded in, he pulls in the Aloe Blacc vocal track.

To get a closer look at the MIDI files, Point Blank has a downloadable pack that includes MIDI data for piano, bass, lead, arpeggio and more here. Point Blank specialises in teaching budding producers and artists to mix, master and release professional tracks. You can take a deeper look at its line of music production courses at pointblankmusicschool.com