Audio-Technica has launched the 3000 and 5000 series wireless systems at this year’s Winter NAMM. Here’s all the details in Audio-Technica’s own words… Audio-Technica (booth 15311, Level 1 ACC North) has revealed the next generation of its 3000 Series frequency-agile true diversity UHF wireless systems. Providing easy setup, versatile operation and rock-solid, richly detailed high-fidelity […] 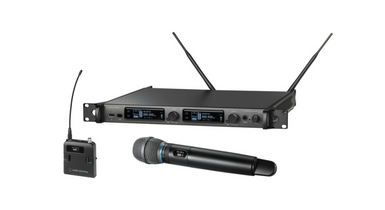 Audio-Technica has launched the 3000 and 5000 series wireless systems at this year’s Winter NAMM. Here’s all the details in Audio-Technica’s own words…

With a class-leading 60 MHz tuning range – more than twice that offered by the previous versions – the new 3000 Series systems are available in four frequency bands – DE2 (470–530 MHz), EE1 (530–590 MHz), EF1 (590–650 MHz) and FG1 (650–700 MHz). Frequencies can be easily scanned and selected on the receiver and then synced with the transmitter via IR sync functionality. The 3000 Series even lets users set a backup frequency that can be quickly swapped by pressing the transmitter’s multifunction button in the event of unexpected interference. 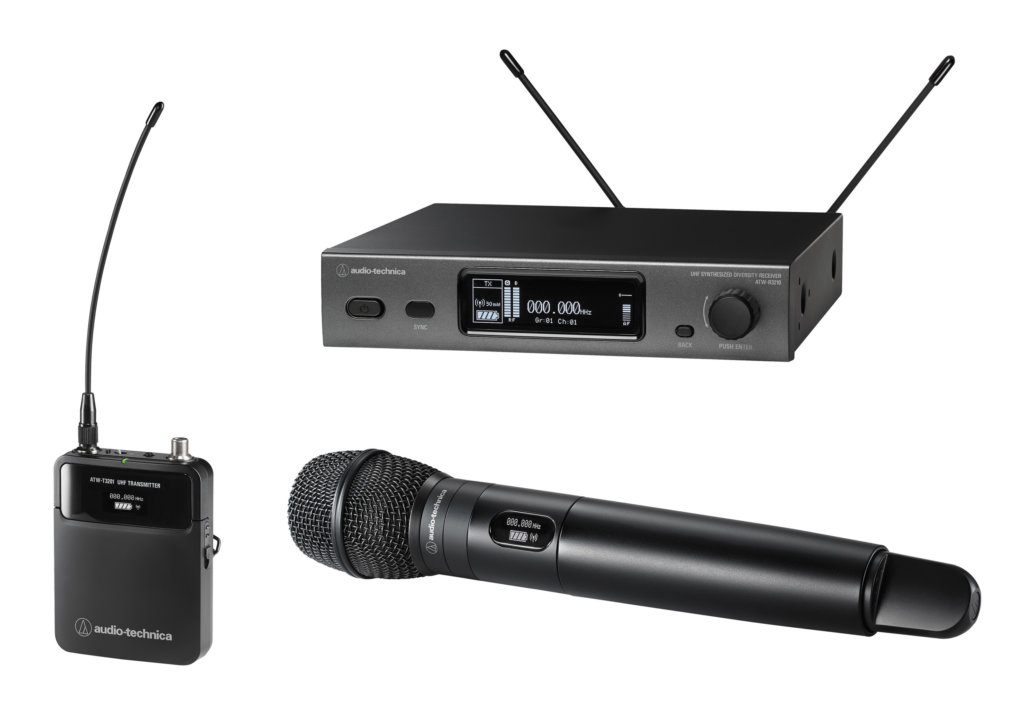 Available system configurations feature an ATW-R3210 receiver along with an ATW-T3201 body-pack or ATW-T3202 handheld transmitter. The ATW-T3201 is equipped with Audio-Technica’s new cH-style screw-down 4-pin connector for secure connection to Audio-Technica’s cH-style lavalier and headworn microphones, or cables. The ATW-T3202 comes with either an ATW-C510 dynamic or ATW-C710 condenser interchangeable cardioid capsule, and its industry-standard thread allows for the use of Audio-Technica and other compatible capsules.

Pricing and Availability:
The 3000 series is due to be released in Spring/Summer 2018. Pricing is yet to be confirmed. 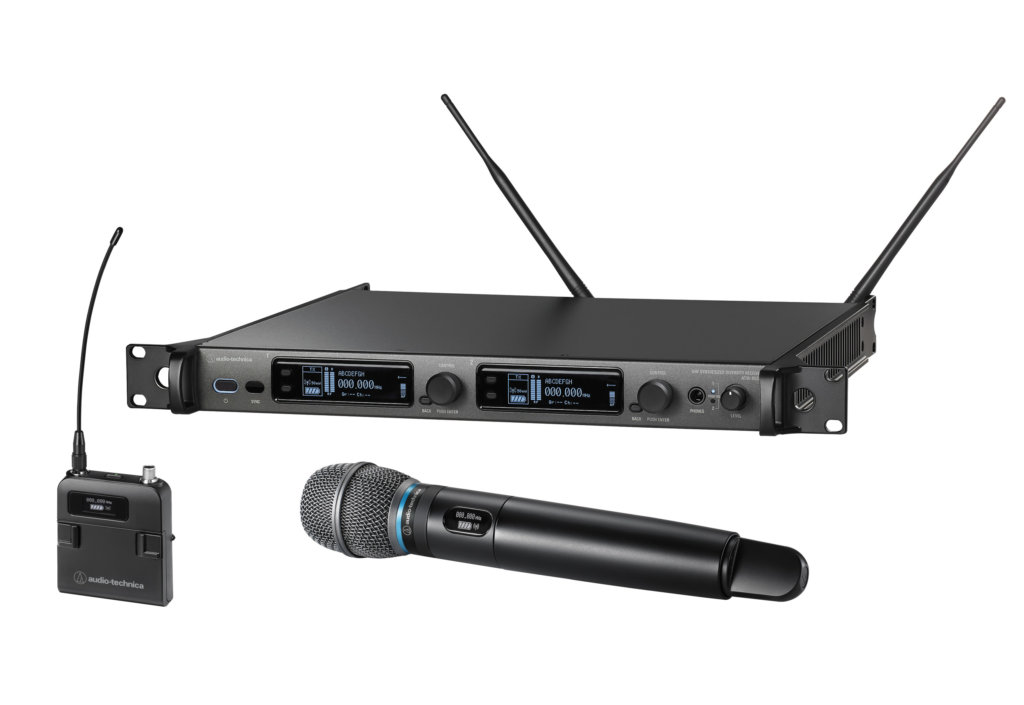 The new 5000 Series dual receiver offers the highest-quality wireless live sound, with Audio-Technica’s dual-compander circuitry that processes high and low frequencies separately and True Diversity operation. The receiver has been updated with a tuning bandwidth of 230 MHz: 470–700 MHz and users now have the option of selecting a standard receiver with two balanced XLR outputs (ATW-R5220) or a receiver that also includes a Dante output (ATW-R5220DAN). The full-rack receiver chassis holds two independent receivers and offers antenna power, frequency scan, IR sync functionality, a ground-lift switch and a front-panel headphone jack.

Other new features include an antenna cascade output that connects up to eight receivers so a single pair of antennas can feed up to 16 channels of wireless (these connectors also provide an RF cable check feature to aid in RF troubleshooting), an auto squelch feature that automatically adjusts the squelch setting to maximise operating range while minimising potential interference, and a backup frequency that can be quickly swapped by pressing the transmitter’s multifunction button in the event of unexpected interference. Software enables remote monitoring and control of the wireless system.

5000 Series components and compatible accessories are offered as individual, à la carte products to give users the greatest possible flexibility in constructing a system that fits their needs.

Pricing and Availability:
The 5000 series is due out in Summer 2018. Pricing is yet to be confirmed.