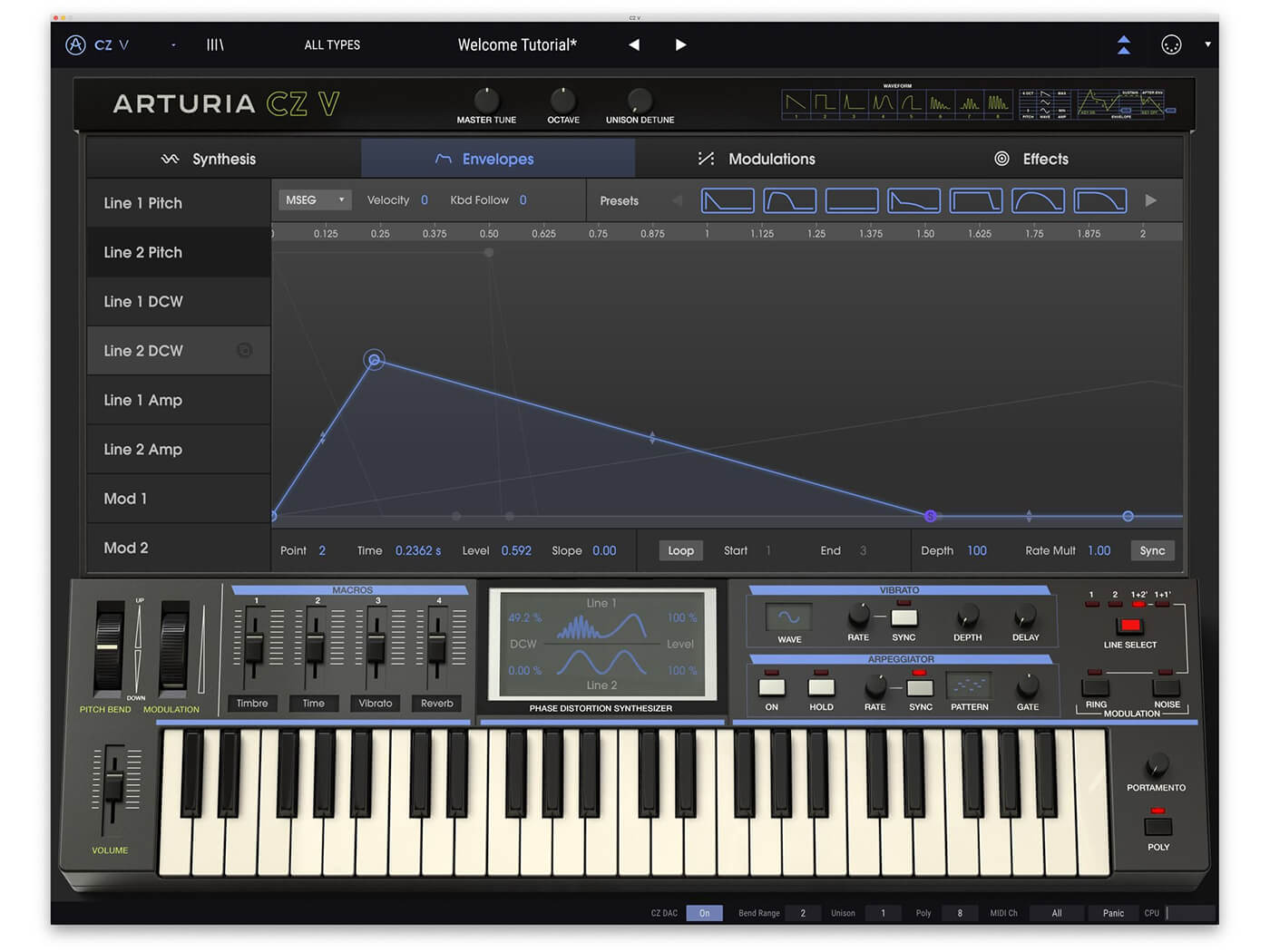 Arturia’s CZ V, modelled after Casio synthesizers from the 80s

Hot on the heels of its V Collection 7 release, Arturia has shared details on three new instruments in the pack: CZ V, Synthi V and Mellotron V. As their names suggest, these digital models are a nod to celebrated vintage instruments which have influenced some of the biggest artists in the world. Here are the details:

The CZ V is inspired by two Casio synthesizers – the CZ-101 and CZ-1000 – remembered for their iconic 80s phase distortion sounds. The original synths’ sounds found favour in the 80s with the likes of Salt-N-Pepa, Madonna, Vince Clarke and Van Halen.

Arturia has further expanded on these vintage sounds with new features, giving the CZ V a modern touch. Its UI has intuitive controls and visual feedback – replacing the original’s complex layout – while a custom PD editor lets you get creative by morphing modulation waveforms together.

Adding to the modern adjustments are advanced controls for envelope and modulation, the latter of which takes the form of a matrix that facilitates up to 16 custom modulation routings. Topping off the new features are two fresh LFOs and a sample/hold section that can “modulate just about anything on CZ V”, according to Arturia.

Learn more about CZ V below: 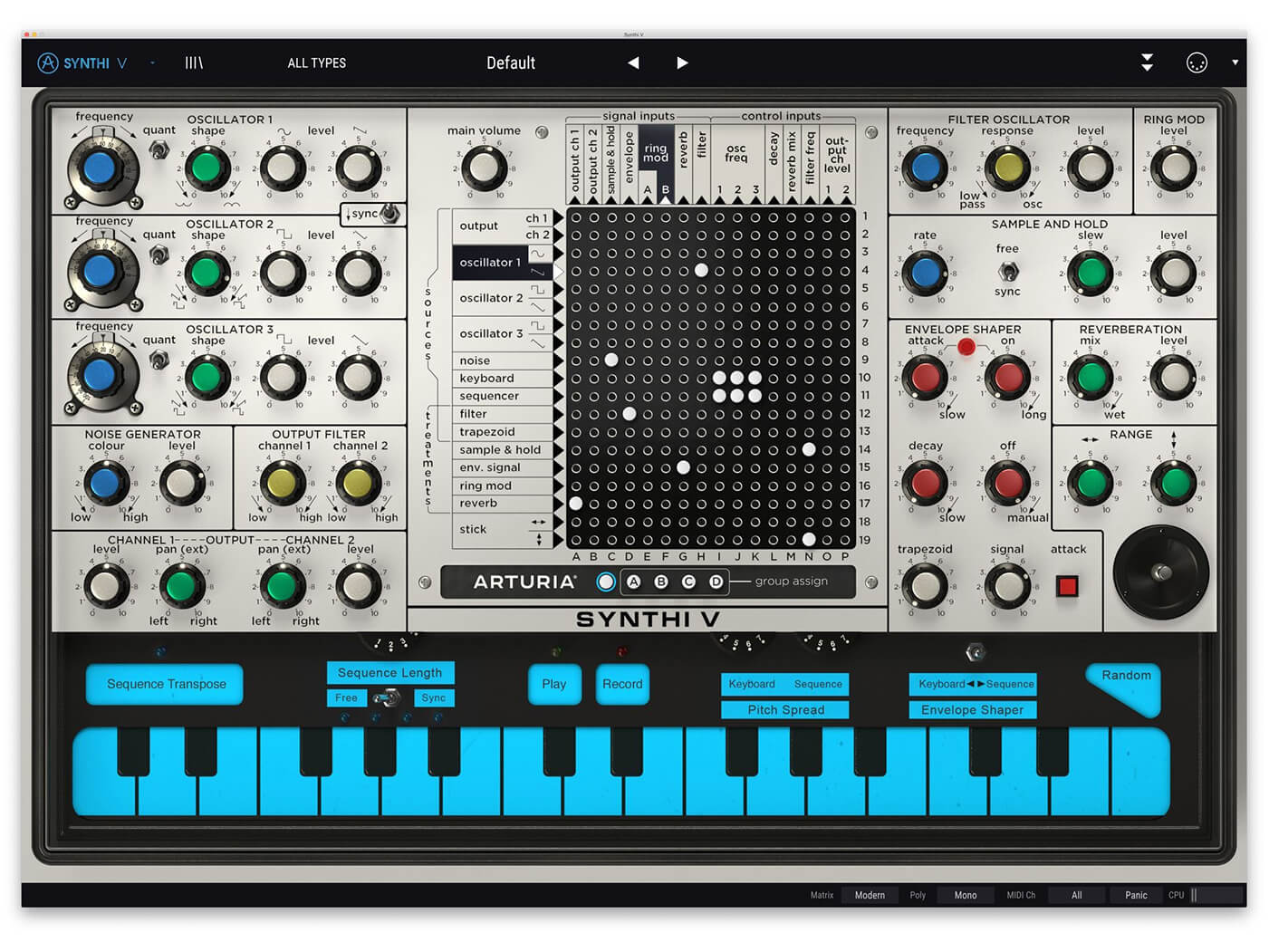 This software instrument is modelled after EMS’ Synthi AKS and VCS3, beloved by the likes of Brian Eno, Pink Floyd and Hawkwind for their droning sounds and psychedelic textures.

Synthi V offers Battleships-style programming. Like the popular board game, you’ll be able to patch a large assortment of parameters together with a virtual pin grid. Furthermore, pins can be designated with different strengths, and you can combine them for powerful modulations, according to Arturia.

Other notable features on Synthi V include a recreation of the real-time sequencer used on Pink Floyd’s On The Run, as well as a joystick control. Besides providing more organic control over the sound, the joystick also lets you design movement paths that can be used as modulations across all parameters.

Hear the Synthi V’s sounds below: 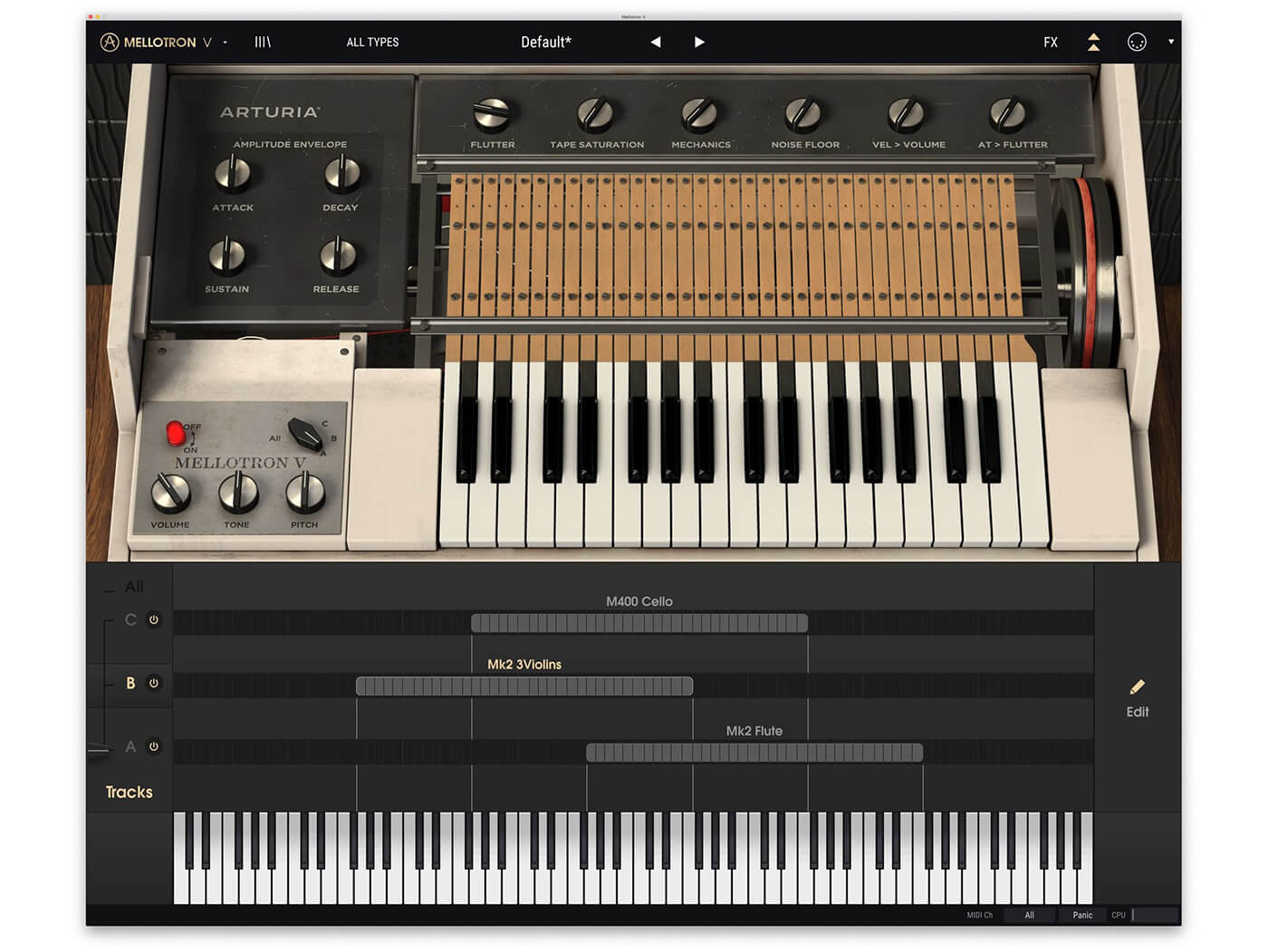 The original Mellotron was a tape phenomenon used by The Beatles, King Crimson and The Moody Blues.

According to Arturia, the Mellotron V features “pristinely sampled” versions of its predecessor’s original tapes. Building on that, the digital instrument also lets you tailor its sounds to your liking, boasting mechanical, noise and tape controls, an ADSR envelope and a range of studio-quality effects.

And as a personalised touch, you’ll be able to load in your own samples, running them through the instrument’s saturated tape sound to achieve some breathtaking sounds, as the brand claims.

Check out the Mellotron V below: