Get double the polyphony, enhanced stereo width and an embedded effect section. 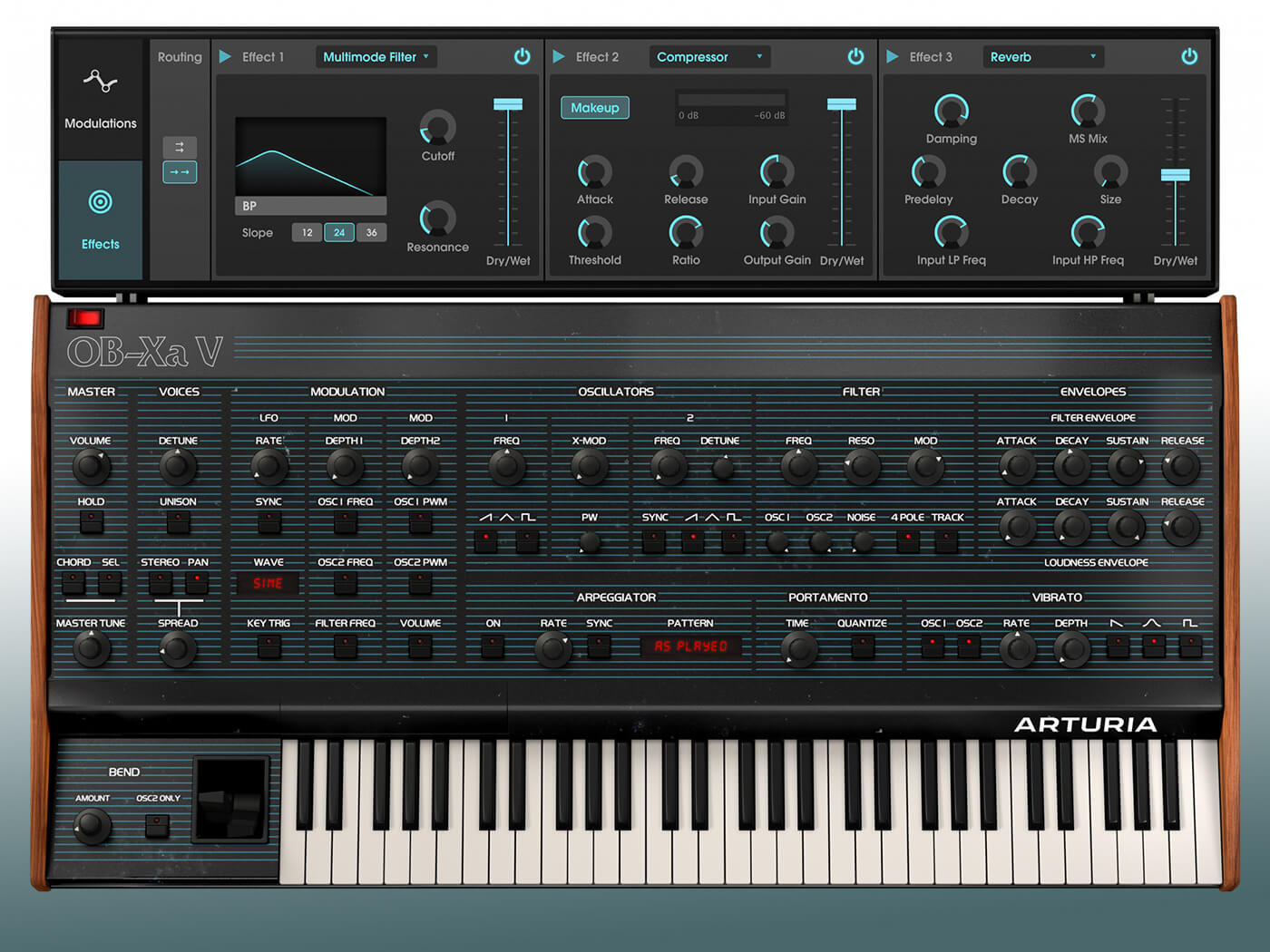 French manufacturer Arturia launches a new software instrument based on the legendary Oberheim OB-Xa. The recreation comes with some extra features to get a little more experimental with its sounds.

Arturia kept the OB-Xa V’s sound true to the original, but has included a stereo spread feature for a wide and precise stereo image, plus a huge unison function. The synth is playable in 16-voice polyphony, which doubles up on what the hardware original was capable of. An onboard arpeggiator lets you quickly create patterns, and an embedded effect section allows multiple effects to be layered and modulated. This includes delay, chorus, reverb, phaser, flanger, compressor, overdrive, multimode filter, and bitcrusher.

The OB-Xa V comes with four bi-polar function generators that can be routed to any and every parameter. Each is variable in length with up to 16 points, with slopes that can be controlled per segment and optional quantisation. You can sync these to your host to use these generators as envelopes, LFOs or step sequencers. They can also be switched into polyphonic mode, so you can modulate the arpeggio’s rate and the cross-modulation of the oscillators, for example.

OB-XA V is preloaded with over 400 presets to draw quick inspiration and instantly get fat 80s vibes.

Arturia says on the release: “OB-Xa made music history on albums released by Prince, Billy Idol, Chaka Khan, and Bon Jovi, and is most recognizable for appearing on Van Halen’s biggest hit, Jump. Contemporary musicians by the likes of Flume, Chrome Sparks, Calvin Harris, and Venetian Snares have also incorporated its energetic potential to enter a new musical dimension. OB-Xa V is here to offer the iconic sound in all its glory while opening up the instrument to more complex and satisfying creations”.

Arturia OB-Xa V is available now at an introductory price of €149/$149 for a limited time. Arturia users who have registered their products are rewarded with personal offers. This Offer ends on 9 June 2020.

Find out more at arturia.com