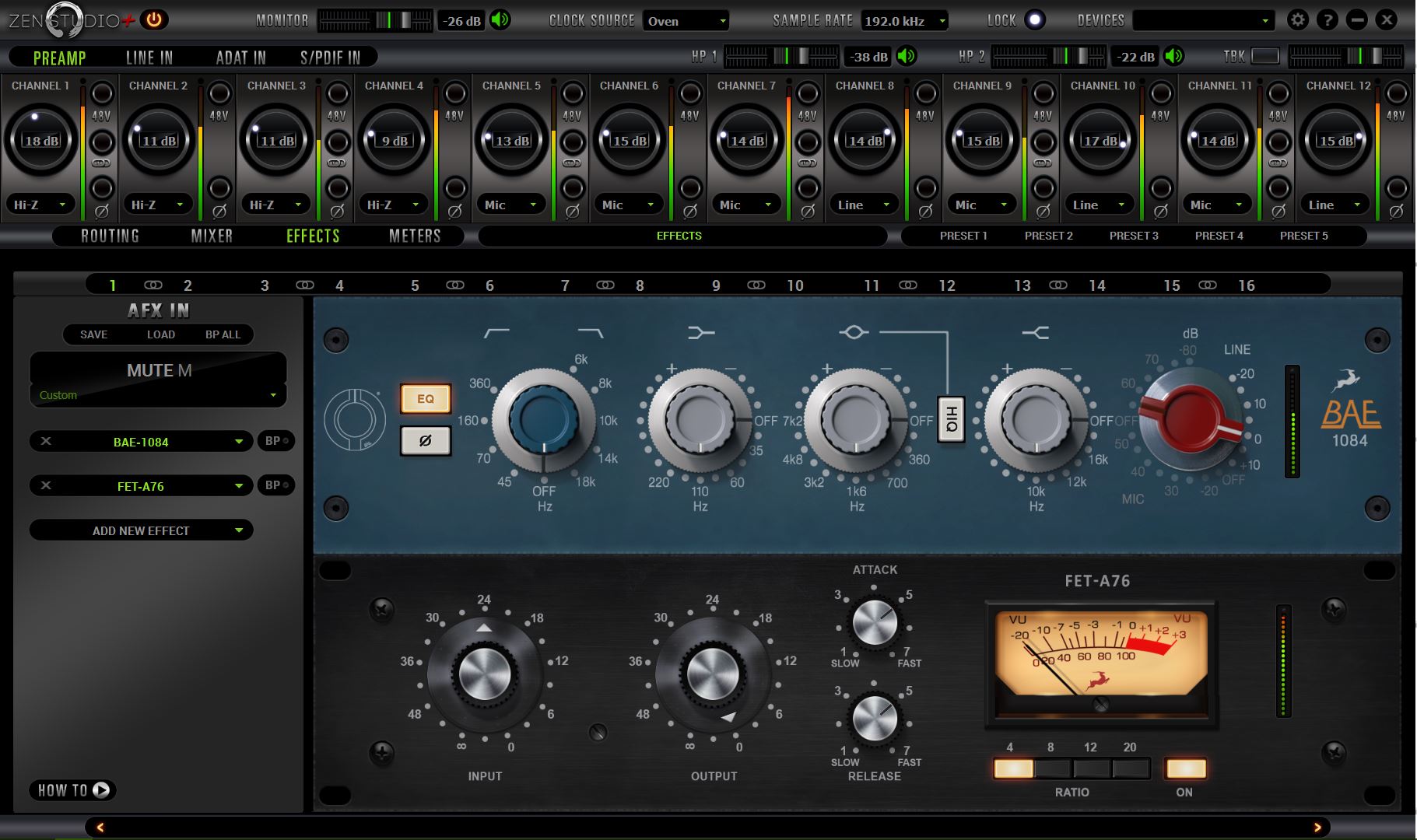 Retaining all that made the original Zen Studio so popular Antelope Audio is promising to push the envelope with Zen Studio+.

“When Antelope released the original Zen Studio, the company redefined what was possible with a portable interface in terms of both audio quality and I/O count,” states Antelope Audio CEO Igor Levin. “Zen Studio+ takes things to a new realm by adding Thunderbolt and incorporating Antelope’s amazing FPGA hardware effects modelling. These things make Zen Studio+ the ultimate next-generation tool for recording anywhere that sound carries you. We are pleased to debut this exciting new product at Prolight + Sound Guangzhou later this month.”

Further complimenting the list of new features is the Zen Studio+ desktop application for OS and Windows, which allows you to take advantage of the customisable signal routing matrix, up to four independent mixes for monitoring and full control of real-time FGPA effects. Additionally, Antelope Audio’s iOS and Android apps claim to bring further flexibility with talkback via the smartphone’s inbuilt microphone.

Zen Studio+ is scheduled to start shipping in mid-March 2017, when it will become available to buy through Antelope Audio’s global network of dealers. Head to Antelope Audio here for full information and detailed specs.