Few have had such an impact on blurring the lines between the dance and rock genres than Andrew Weatherall. Coupled with his trailblazing work as a remix pioneer, Weatherall’s influence on the development of dance music and remix culture was seismic. Which is why, when the beloved and highly revered 56-year-old producer and DJ sadly […] 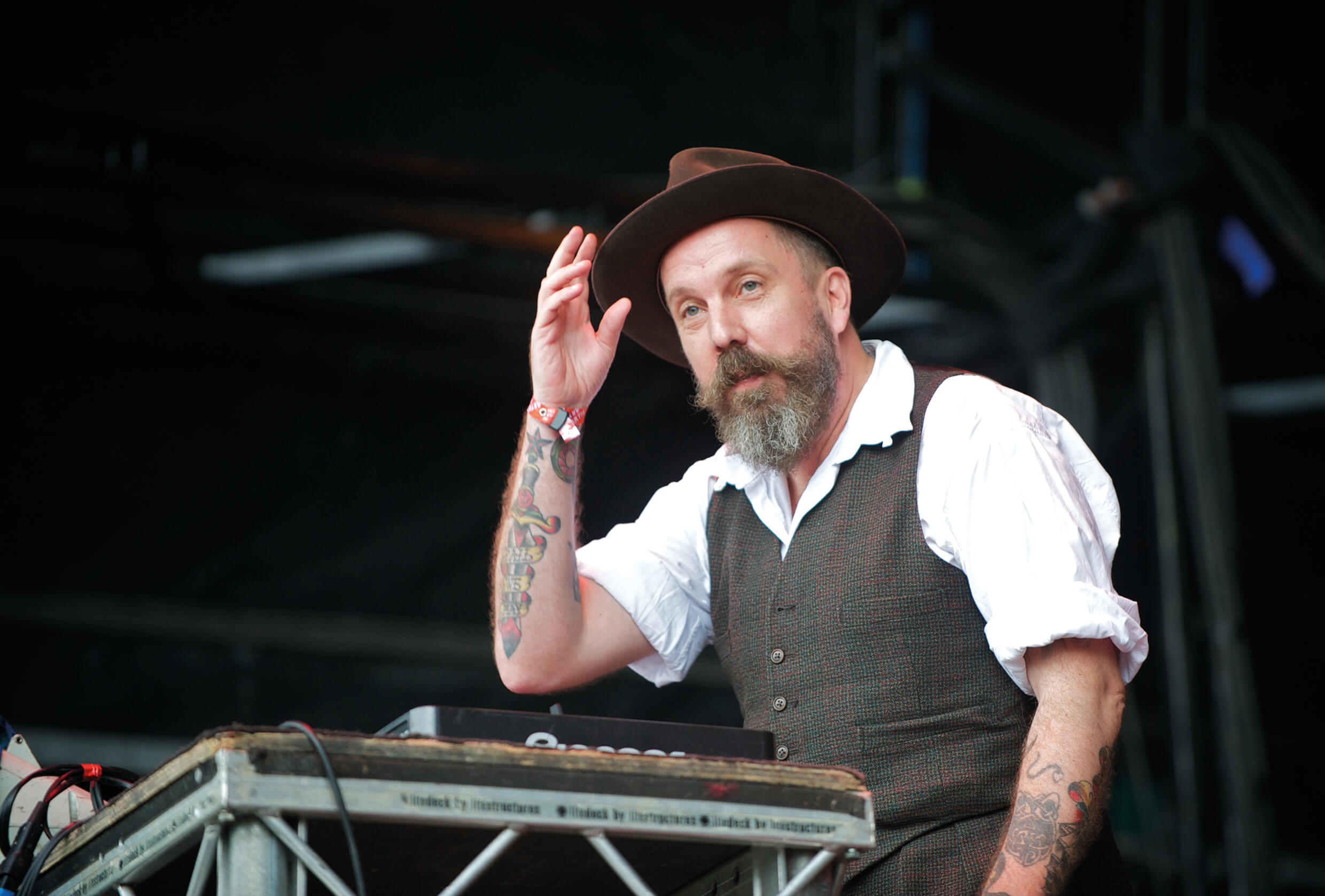 Few have had such an impact on blurring the lines between the dance and rock genres than Andrew Weatherall. Coupled with his trailblazing work as a remix pioneer, Weatherall’s influence on the development of dance music and remix culture was seismic. Which is why, when the beloved and highly revered 56-year-old producer and DJ sadly passed away today, the music production world and the wider industry went into collective mourning.

Born in Windsor in 1963, Weatherall became a key figure in the post-punk music scene during his youth, and soon embarked on a career in both DJing and music journalism. He co-founded the late 80s fanzine Boy’s Own, which importantly forged a firm link between fashion, the dance floor and politics, at a time when acid house was emerging as a vital scene.

Not content with just writing about music, Weatherall quickly found himself at the centre of a cultural revolution, alongside other members of the Boy’s Own crew, Terry Farley, Cymon Eckel, Steve Mayes & Pete Heller. His passion for music of all flavours meant that he found himself with an enviably large record collection, and one that he put to good use as a DJ.

Weatherall was once quoted as saying, “I saved up all my money and went to London at the weekend to buy records.” But it was a chance meeting at a party, where he was introduced to Danny Rampling, and he received his first break as a DJ. Rampling invited him to play at his own club night at Shoom, where Weatherall quickly became a regular. This in turn led to further DJing at Paul Oakenfold’s Future/Spectrum club night, and his own club-based parties, all the while documenting his experiences in the fanzine.

Boy’s Own Recordings quickly followed the fanzine’s success, releasing two singles as a collective with his Boy’s Own crew associates, but now under the guise of Bocca Juniors. However, it was his own brand of remix and production work that would ultimately catapult his career – and be instrumental in the evolution of dance music. Weatherall worked alongside Oakenfold on the remix of Hallelujah for the Happy Mondays and New Order’s No.1 hit World in Motion.

Andrew’s success as a remixer led to him being tracked down by the band Primal Scream, who commissioned him to remix their single I’m Losing More Than I Will Ever Have. Weatherall reputedly received the rather paltry sum of £500 for this service, in which his initial idea was quoted as merely “slinging a kick drum under the original”, but soon enough, he realised that he could take things much further and be more radical in his approach. The result was the ubiquitous anthem Loaded, which made little use of the bands original content, transforming the song entirely, while keeping just the bass and slide guitar. The sample-based tapestry that became the final remix drew audio snapshots from US soul group The Emotions and drum loops from bootleg recordings of Edie Brickell’s song What I Am. He also included samples from other Primal Scream tracks. Arguably, it would solidify the legacy of both Primal Scream and Weatherall, and transported a relatively unknown rock band directly to the dance floor – and the global stage, as a consequence.

It was Weatherall’s magic touch on Loaded that led to him being recruited to work on Primal Scream’s album Screamadelica, which sealed his credentials as one of the most in-demand producers and remixers of the early 90s. While other remixer/producers, such as Oakenfold and Fatboy Slim, were becoming household names, Weatherall made a conscious decision not to move into the mainstream limelight.

His preference was to work on music both independently and with artists, leading him to work with Beth Orton on her breakthrough album Trailer Park, where he distilled the mid-90s trip-hop sound with his own evolving musical style.

Further artists came calling for the Weatherall remix technique, including Björk, My Bloody Valentine and Saint Etienne. He was also a champion for many fledgling artists, helping The Chemical Brothers gain recognition by placing their first ever track, Song to the Siren, in his regular DJ set, before later signing them to his own record label.

He was reunited with Primal Scream in 2002 to co-produce their album Evil Heat, and continued to work as both a producer and a DJ right up until the end, through his A Love from Outer Space club nights and other production projects.

Andrew Weatherall leaves a legacy of music that has been enriched by his unique, creative and genre-agnostic approach, he was never restricted by convention and always sought to create something special. Weatherall inspired and provided vital exposure and support to many artists, and brought euphoric entertainment to a mass audience.