Amazon takes on Apple in the audio world with Echo Buds 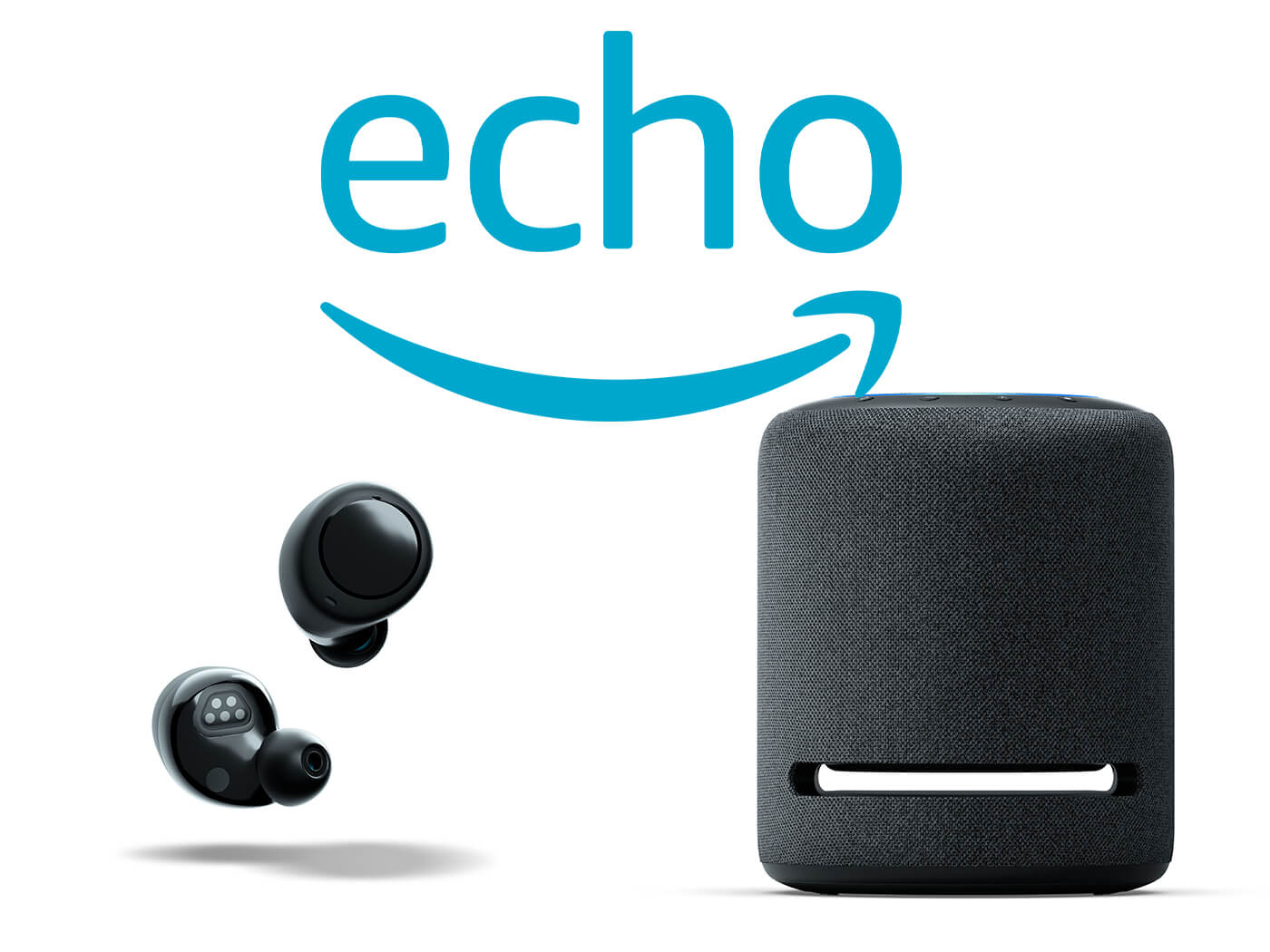 Last week, Amazon announced it would be rolling out ‘Ultra HD’ versions of a subset of its Amazon Music streaming catalogue, beating Apple’s audio quality on Apple Music. Amazon unveiled Echo Buds and Echo Studio at its product launch on Wednesday this week, among other Echo devices.

Echo Buds are a set of wireless earbuds, with Bose Active Noise Reduction technology and hands-free access to Alexa while on the go. With two outer microphones and a single inner microphone that reduces ambient noise, Amazon claims that Alexa can hear you while you’re out and about – so all you have to do is ask for your favourite playlist or audiobook, order an Uber, or find the nearest bar. You can also connect the Echo Buds to your phone’s native voice services, namely Siri or Google.

The Echo Buds have five hours of battery life, which can be charged for a further 15 with the included charging case. IPX4 water resistance means they can withstand splashes, sweat and light rain. They’re priced at £119.99, undercutting Apple’s AirPods, which start at £159.

Echo Studio is built with five directional speakers, and is “purposefully engineered to create premium sound with space, clarity, and depth”, according to Amazon. It contains a 5.25-inch woofer, driven by 330W of power, designed to output a “deep, rich bass”. The Echo Studio has a one-inch tweeter and three two-inch midrange speakers onboard, promising dynamic midranges and crisp, high frequencies. It also has a 24-bit DAC and a power amp with 100kHz of bandwidth for lossless audio playback. Clearly, this plays into Amazon’s plan of incorporating FLAC format into its Amazon Music HD streaming service.

Using Dolby Atmos and Sony’s 360 Reality Audio, the Echo Studio speaker is also the first to deliver a 3D audio experience. Supposedly by next year, native 3D music will be available through an Amazon Music HD subscription. Universal Music Group, Warner Music Group and Sony Music Entertainment are set to bring a growing library of new music and classic tracks to the immersive format. The Echo Studio is available at £189.99, while Apple’s HomePod currently costs £279.99.

Also announced at the launch were Echo, Echo Flex, Echo Dot with clock, Echo Show 8, alongside smart products such as Echo Frames and Echo Loop and an array of Smart Home devices.

Amazon Echo Buds and Echo Studio are available now. Find out more about the product launch at www.amazon.co.uk