Could this revolutionise digital DJing and completely change the game? 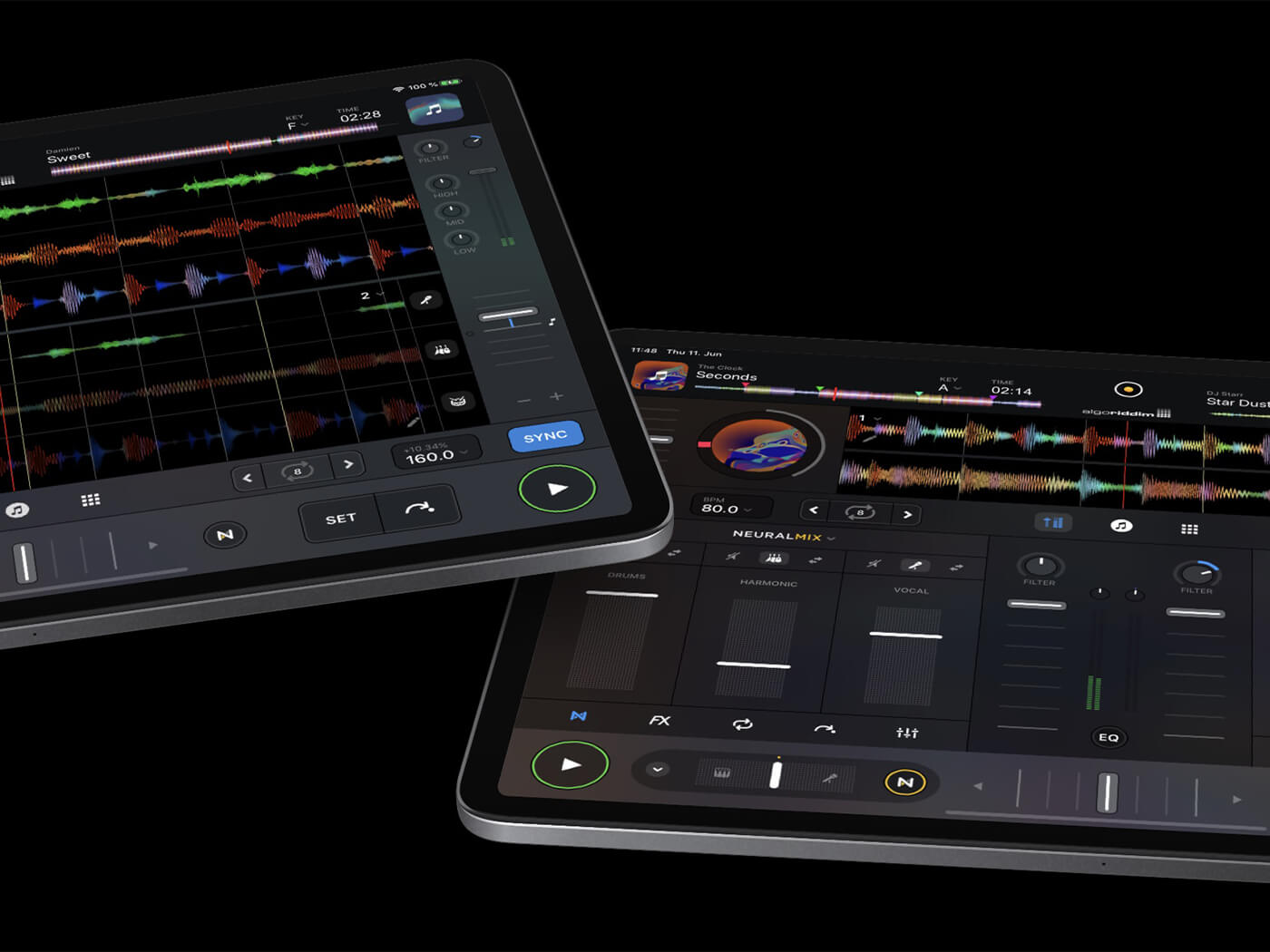 Although entirely different pieces of software from different companies, Algoriddim djay and VirtualDJ have made a huge step forward in digital DJing. Their new software both boasts realtime separation and control of stems within a track – without the need of any special file formats.

Algoriddim djay Pro AI is making the most out of Apple’s Bionic chip to achieve stem separation across iOS devices. With its proprietary Neural Mix technology, djay Pro AI allows DJs to isolate, play and remix individual parts from multiple tracks on-the-fly. If you want to solo the vocals from a track for example, or mute the drums, Neural Mix’s sliders and controls will allow you to do to this effortlessly. You can also independently crossfade components of two songs, avoiding a clashing vocal mix. This is most effective with electronic and hip-hop music.

The app is also the first music app to make full use of the Apple Bionic chip for realtime playback. The chip allows Neural Mix to function with low latency, high sound quality and sample-accurate precision for seeking, scratching and time-stretching.

Also new is Automix AI, which automatically identifies rhythmic patterns, the best intro and outro sections of songs, calculates optimal fade durations and can automatically make changes to EQ and filters for a clean transition. This isn’t designed for those wishing to show their skills in the booth, more for users that want to kick back and listen to a seamless automatic mix.

djay for iOS is available as a free download on the App Store. Users can upgrade to djay Pro AI, including access to Neural Mix and an extensive library of sounds, loops, and visuals, as a subscription $5 / €5 / £4.49 per month. A free trial of the full Pro subscription is available.

VirtualDJ 2021 “promises to forever change the way DJs mix”, according to the developer. The updated software also incorporates realtime stem separation, but this time catered toward Mac and Windows, as opposed to djay’s iOS solution. 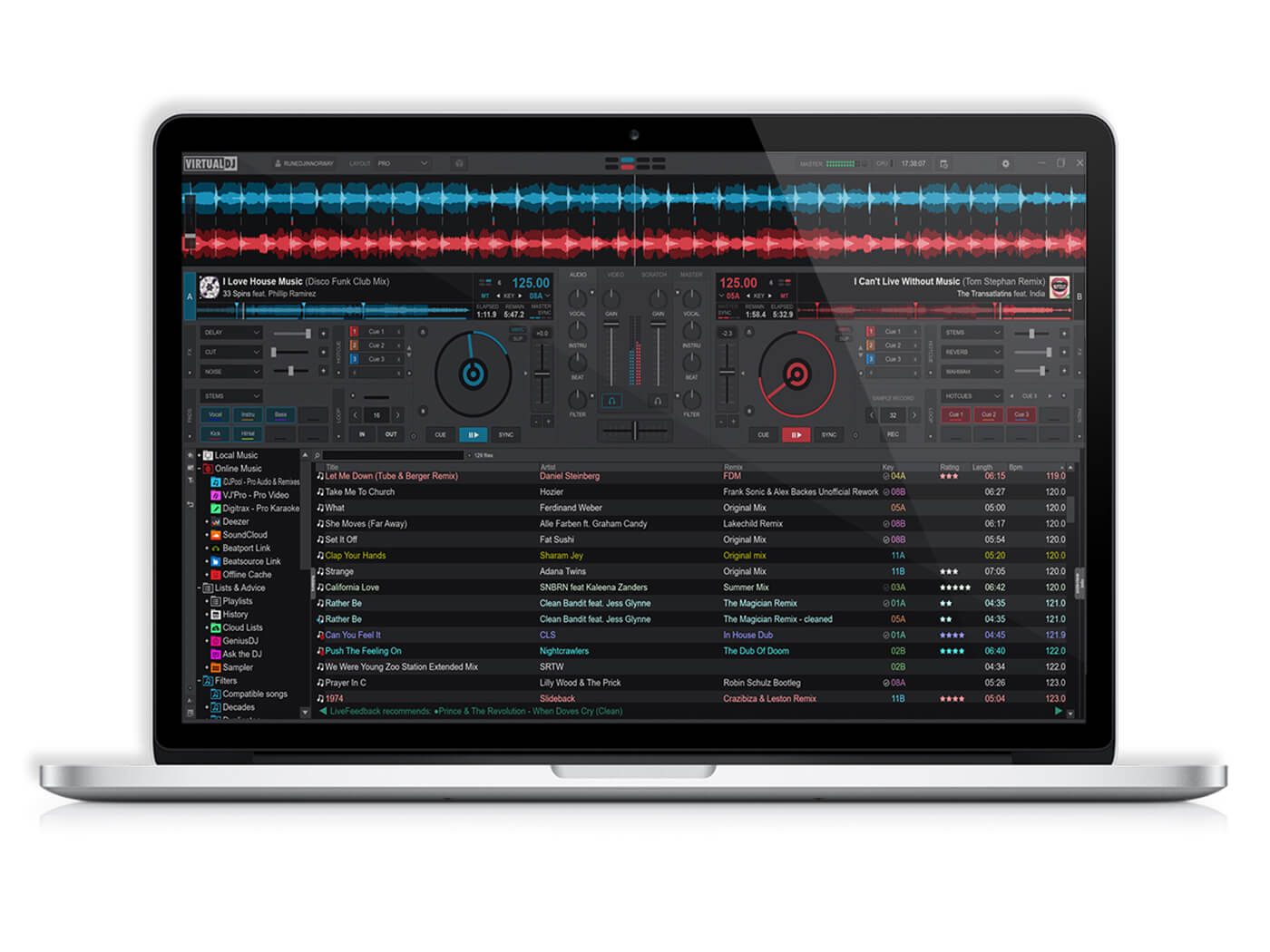 Rather than using faders to take control of individual track components, VirtualDJ’s ModernEQ takes over the three-band EQ. This means that instead of low/mid/hi, you’ll have drums/instrumentation/vocals. To remove a component, turn the knob all the way to the left, and turn it to all the way to the right to isolate it. Here’s where it gets a little more interesting though – you actually control five components: vocals, instruments, bassline, kick and hi-hat. These are simply grouped to the three-band EQ, but if you MIDI up to a four-channel mixer with MIDI mapping, you can control all five independently wit the extra EQ knobs.

Stemp Pads are also new to VirtualDJ, which take up five of eight performance pads, giving you full control on the aforementioned components, even on a two-channel DJ controller. This new feature gives you the ability to make quick mashups and fluid transitions.

VirtualDJ is free to use for non-commercial use and costs $19/month for professional use.

This certainly sets the standard for the likes of Serato and Native Instruments’ Traktor to follow. The latter introduced its Stems feature to offer realtime stem separation, but this relied on DJs and producers releasing tracks specifically designed with this feature in mind. VirtualDJ and djay both make this possible with standard MP3/WAV files.

Find out more about VirtualDJ at virtualdj.com. More information on Algoriddim djay Pro AI at algoriddim.com