In 1974 Yamaha produced its first portable analog synthesizer with the SY-1. The acceptance of synthesizers in the mainstream rock/pop genre just began to grow at this time. Over the past 40 years to date, there have been numerous new developments from Yamaha in many variants that revolutionised the synthesizer market with milestones such as the CS80, DX7, SY77, and the VL1 up to the MOTIF series – used today by over 150,000 musicians worldwide. Yamaha synthesizers and workstations were and still are the first choice for professionals and amateurs in the multi-faceted music business.

In 2014 Yamaha takes this successful history as an occasion to celebrate, and to honour this anniversary there will be a year of new products, bundles, promotional items, as well as plenty of interesting information. For starters Yamaha releases a 40th Anniversary MOTIF XF Music Production Synthesizer Special Edition. This limited edition of the MOTIF XF series with the suffix “WH” is all dressed in white, symbolizing the dedication to the development in the past 40 years.

The MOTIF XF WH is – of course – a fully up-to-date MOTIF XF with the latest OS 1.5, featuring the new HD Reverb effect algorithms and the new Amplifier Simulation and Multi FX. In short: The MOTIF XF WH is that one machine you need to produce and perform your musical ideas.

In addition, two special Anniversary Boxes offer great value for the MOTIF XF and the MX series of synthesizers, each containing a USB stick with sound-sets that will help to get the most of these machines. The Box for the MOTIF XF adds a Flash Memory Expansion Board and a row of discount coupons for products of third party developers like Arturia, FXpansion, Sonic Reality, John Melas, and KARMA.

Furthermore Yamaha is set to release five booklets throughout the year that give a detailed overview of the history of Yamaha synthesizers and prepare extensive information and images from the depths of the archives. 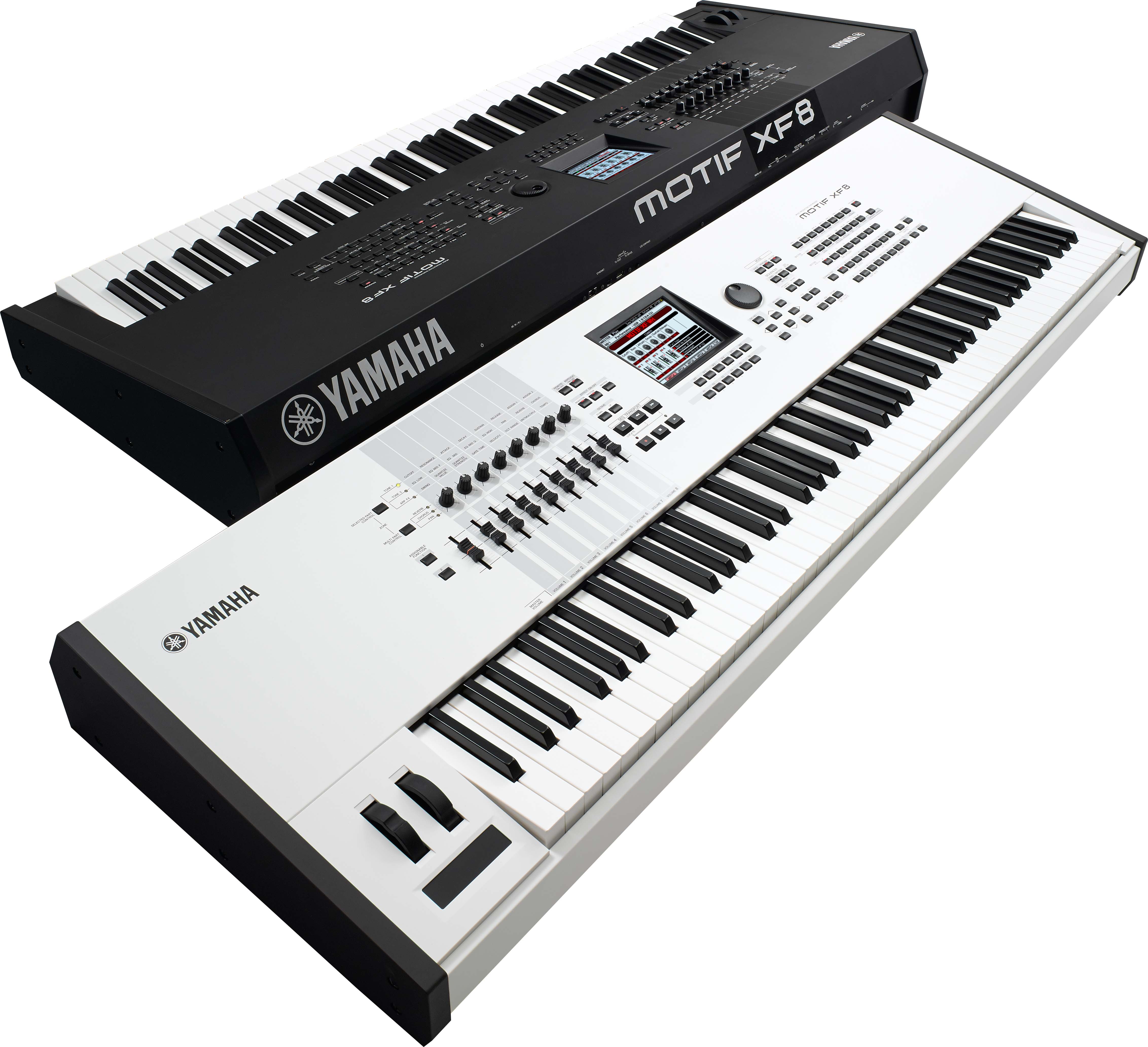 Available: MOTIF XF WH will begin shipping in the UK from mid-August

Price: MOTIF XF WH will be priced the same as current MOTIF XF (Black) with all three models available.