Described by many as a mysterious dark art, it’s actually just another process with a different set of considerations. Hollin Jones shows you how to become a master of your mixes with these 20 mastering tips… Click Below for our previous tips Twenty Mixing Tips Twenty Arrangement Tips Twenty Mic’ing Tips 1: Take a Break […] 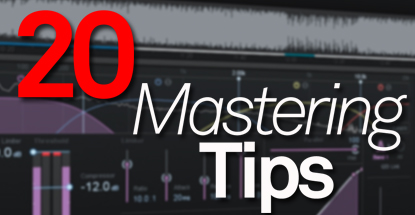 Described by many as a mysterious dark art, it’s actually just another process with a different set of considerations. Hollin Jones shows you how to become a master of your mixes with these 20 mastering tips…

1: Take a Break
Even if you have the option of going straight from mixdown to the mastering stage on the same day, it’s always better to leave a gap between the two processes. Wait at least overnight, maybe even a few days or weeks, and you will be much more likely to avoid the skewed judgment that can result from listening to a track over and over during mixdown.

Remember, the aim of the two processes is different: mixing is to get a good balance of all the elements in the track; mastering is to get a good shape and level for the track as a single entity, and to match it sonically to other tracks on an album. Having a break between mixdown and mastering makes you much more likely to have a good perspective on how the master should sound. Getting some trusted advice never hurts either.

2: Always A/B
It’s hard to overstate the importance of A/B’ing, i.e. comparing your track to others in a similar genre that have been professionally produced. It’s not necessarily that you want your track to sound exactly like a specific hit record (or maybe you do), but while tweaking and processing the signal it’s easy to lose focus. Periodically flipping on a commercial track that you’re familiar with and you think is in a similar vein to the one you’re working on will give you an instant guide to where you should be heading.

Listen for stereo width, overall volume, compression levels, prominence of the bass and vocals and so on. If your track sounds flat by comparison use exciters or EQ to liven it up a bit. If it sounds too narrow then apply a little stereo widening, all the while keeping an eye on your levels.

3: Consider the Delivery Media
For many years, people thought that the point of mastering was to get a track sounding as loud as possible. While gain certainly is important, things have changed. With most people now listening to music digitally, either through software or on the radio (instead of from a CD player), new factors are in play. Spotify, iTunes with Sound Check enabled, and most radio stations employ pre-processing to the signal before it’s heard to equalise the volumes of different tracks.

The idea is that the listener doesn’t have to keep manually adjusting levels between songs. It’s likely that if you master a track really loud most people will listen to it via a medium that reduces its volume anyway, so you’ve killed dynamic range by hard limiting for no long-term benefit. As such, limit more sympathetically, keep more dynamic range and get better end results. Tools such as Nugen Audio’s MasterCheck plug-in can help you with this. 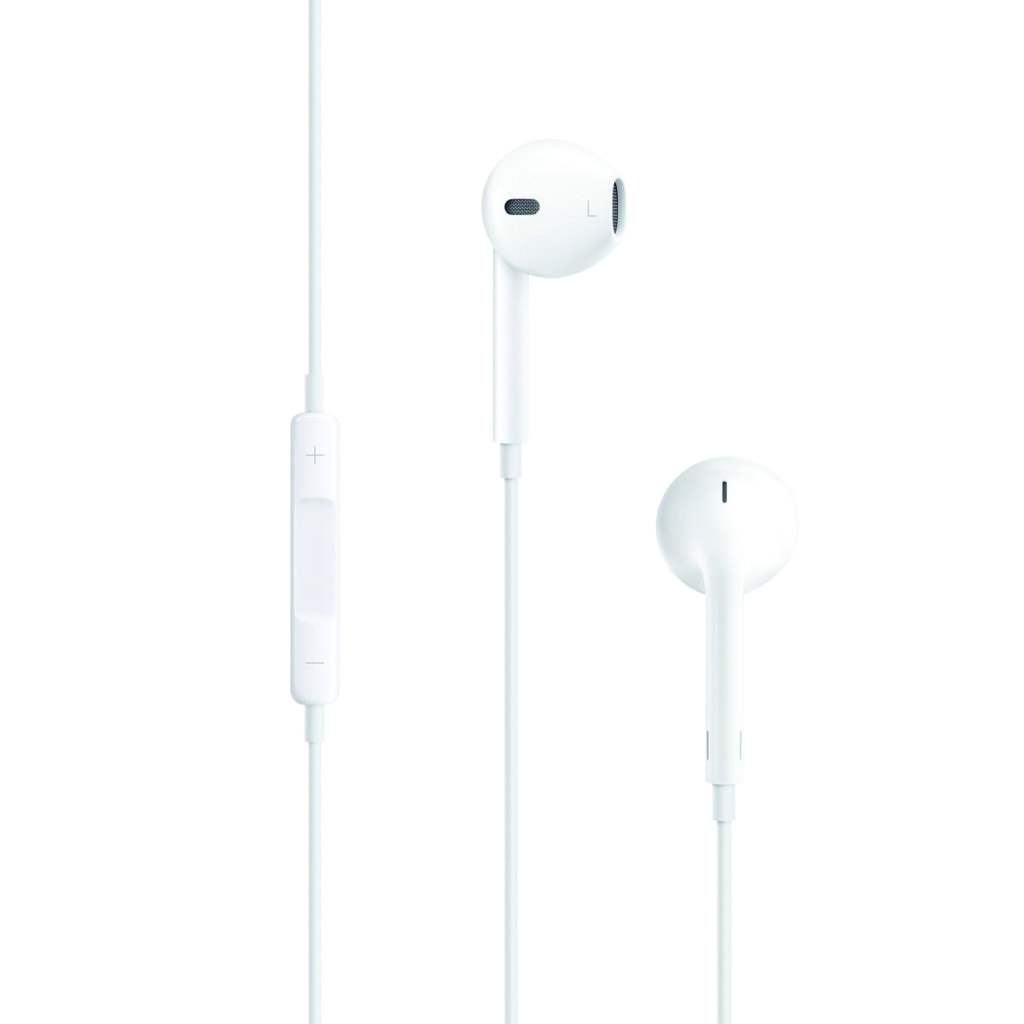 4:  Test, Test and Test Again
It can be boring, but it’s crucial to test your masters on as many systems as you can, or at least a wide range of hardware. Your treatment may sound great in an acoustically treated studio on high-end speakers, but how does it sound through earbuds played from a phone? Or through your car stereo?

Testing on less-than-perfect systems can reveal quirks and issues that aren’t necessarily apparent on studio gear, and these are the kinds of systems that the majority of people will be listening to your music on.

Of course you can’t compensate for every possible combination of equipment but you should aim to get a sound as good as possible on all playback media. It’s a real balancing act: don’t sacrifice too much because some systems have a natural bias, such as car stereos being bass-heavy. Be aware of this. The art of mastering is to get it right.

5: Take it Easy
We have mentioned the ‘loudness wars’ and the race to make tracks as loud as possible so that they ‘stood out’ alongside competing tracks. But since radio, TV and most digital streaming services apply pre-processing to equalise volume this is no longer as desirable a goal. Instead, don’t limit as hard as you might be tempted to. While it’s true that you will probably still want to set your output level at around -0.1dB, don’t drive the input gain so hard.

This will preserve more of the transients and avoid squeezing all the dynamic range out of the signal. As such it will retain more musicality and avoid the perverse situation where tracks that have been hard-limited actually sound quieter when broadcast because their gain is being pulled down. Instead of having levels solidly rammed up against zero, limit more sympathetically.

6: Go Back to Mixing if Necessary
If you have control of both the mixing and mastering processes, don’t try to fix a bad mix during mastering. If the vocal is too quiet, there’s only so much you can do to try to draw it out using EQ before you start to negatively affect the track as a whole, altering sounds in the same frequency range to the detriment of the soundstage. If too much compression has been applied to the drums in the mix, there’s not a lot you can do to help them breathe again during mastering.

If you can, go back to the project file after identifying these issues, fix them, and do another mixdown. Then return to mastering. If you have been given a mixdown by someone else and re-doing the mix isn’t an option, you’ll have to be as creative as you can and use tools such as narrow EQ and multiband and mid/side compression to try and sort it out.

7: Keep an Eye on Compression
Applying master buss compression during mixdown is a good way to ensure a coherence to the signal: it can glue everything together nicely. However, you shouldn’t be relying on that process to boost the volume of the signal too much, merely ensure that it is healthy. You will almost certainly apply some compression during mastering so it’s important to note how much may already have been applied at mixdown, and not go overboard.

Compression isn’t the tool you should be using to push the volume up dramatically, but rather to give a smooth ‘together’ kind of a feel. If you’re using multiband compression it may also be taming or enhancing various frequency bands. Limiting is where you drive the signal, and that always comes at the end of the signal chain.

8: Less Can be More
There are some amazing tools around for mastering, such as iZotope’s Ozone suite amongst many others, and they provide an incredible array of powerful processors for sc

ulpting your masters. But that doesn’t mean you have to use them all on every track. Restraint, as ever, is the key factor. If you’re having to apply tons of processing and make major changes during the mastering process then it’s probably a sign that your mix isn’t fantastic.

Ideally, a mix will be well-balanced enough that you only need to dial in moderate EQ tweaks, a little compression and some fairly gentle limiting with moderate attack and release times. It varies by genre, of course, and an acoustic ballad should require a much lighter touch than a heavy rock track. Be aware of what works best for the type of music you’re working on.

9: Stay Consistent
Mastering is the very last stage of the audio production process and something that should only be done once for any given piece of music: remasters are almost always done to pick clarity and detail out of old recordings that were made on tape with less than cutting-edge outboard. As such it is a very good idea to save mastering presets for each track, be they plug-in chains inside your DAW or wave editor, or application presets. You can then revisit them later if necessary. It’s also a good idea to master different versions of a track at the same time. Let’s say you have a regular version of a track, a radio edit and an instrumental.

They will all require virtually identical processing save perhaps for the instrumental, which you might tweak to account for the lack of vocals. Master them at the same time using the same preset (with necessary tweaks) and you’ll get consistency across all versions of the track.

10: Meter Smart
It’s always worth employing some metering that’s more advanced than the simple master level meter you might get in your DAW or wave editor. If you have done this during mixdown you should have an idea about the phasing, dynamics and stereo width of your track, but since these are things that can and do change during mastering it’s wise to keep an eye on them here too. There are plug-ins, such as those from Blue Cat Audio, that specialise in displaying advanced characteristics that go way beyond simple waveforms.

IK Multimedia’s T-RackS suite has a set of built-in correlation meters and suggested loudness based on genre, and these are available as separate plug-ins too. The Ozone suite from iZotope has its own excellent meters, including the Meter Bridge component which gives you an astonishing level of insight into your audio signal.