We often talk about songwriting in a technical, structural context, but the purpose of a good song is how it can elicit an emotional response from the listener. So how do songs actually do that? Andy Price reveals the secrets of sonic storytelling… Sonic Storytelling Of the many aspects of songwriting that often get discussed […] 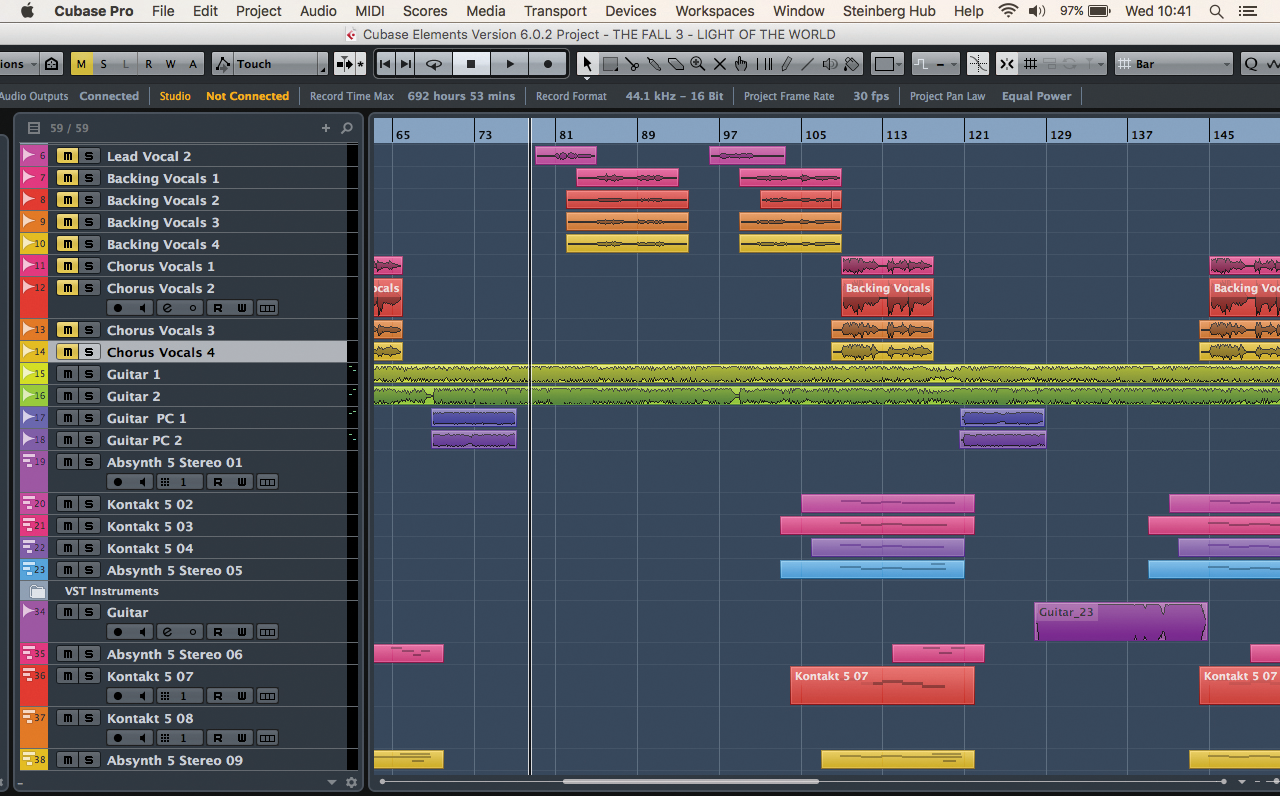 We often talk about songwriting in a technical, structural context, but the purpose of a good song is how it can elicit an emotional response from the listener. So how do songs actually do that? Andy Price reveals the secrets of sonic storytelling… 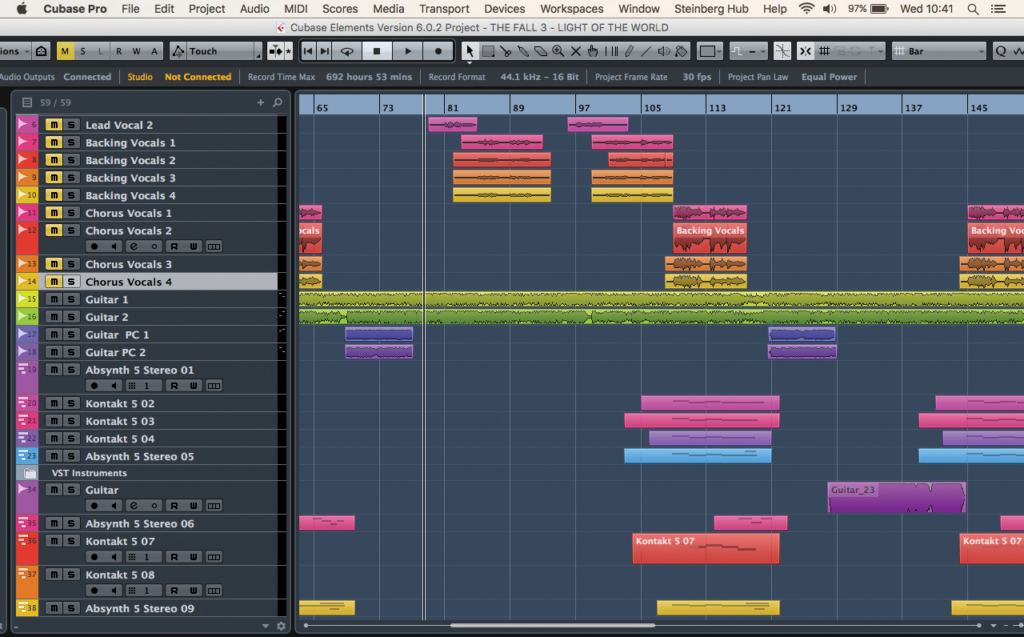 Of the many aspects of songwriting that often get discussed in an educational context, a song’s dynamic quality is the most likely to be overlooked; while other, arguably less vital areas are brought to the fore.

A proper grasp of the importance of dynamics to making songs sound kinetic, vibrant and interesting is one of the most important skills you can master as an aspiring songwriter, and something that we at MusicTech have long laboured to prioritise, both from a creative and technical standpoint.

Most dynamic considerations happen during the stage when you’re mixing and layering your track. Yet having a general overview of your track, and at which points you want to bolster and heighten the emotions of the listener should be a factor from very early in the process because songwriting is fundamentally all about conjuring a mood with sound, and that begins at the conception stage by deciding what kind of emotions you’re attempting to wrangle out of your listener with your music.

To realise your song’s goal, you need to take your listener on a sonic journey, navigating emotional highs, contemplative lows, moving chord sequences and resonant vocals, delivered at the right time and with appropriate emphasis. It may seem like an obvious thing to say, but it’s worth underlining: timing is the key concept to get your head around before you can become a professional songwriter. Whether you’re building primary hooks, melodies, build-ups or any other element of your song, they all have to fit within what can be thought of as the ‘dynamic narrative’ of your song.

We should be clear that the dynamic narrative we’re focusing on here has nothing to do with the literal narrative that any of your song’s lyrics might contain. Instead, it’s how we describe the listeners’ journey through your song, sonic storytelling.

For many songwriters, it’s instinctual but others, who may have technically effective hooks and instrumentation, find it a struggle to organise these things, resulting with their songs not attracting the interest they’d hoped for. This is often due to a lack of understanding of the proper use of tension, emphasis, weight and release – or storytelling with sound.

Are You Sitting Comfortably?

When narratives in songwriting are discussed in an educational context, it’s often in relation to the lyrical story. However, the kind of storytelling we’re talking about is not something we spell out with words – and indeed, your lyrical narrative (if you have one) really has no bearing on your dynamic narrative, though it can inform and, in turn, be shaped by it.

An example of a typical dynamic narrative sequence is as follows: we begin our dynamic narrative with a simple chord sequence, establishing the mood and emotional vibe; we then lead the listener into an area of tension/uncertainty as we chordally descend (using minor chords and 7ths), before exploding into an emotive outpouring, revealing the primary concern – be it lyrical or sonic – of the song, and unveiling, for the first time, our primary hook. Then we return to our opening chord sequence, now emboldened by the listener’s new context of how it sits in relation to the rest of the song. This contrast eases your listener through the dynamic narrative.

Countering loud sections with quiet ones is the most regularly used example of simple dynamic contrast: more creative methods include stripping away instrumentation, altering the vocal melody (or, using the same vocal melody across two different sections), or using pauses and silences and changing the BPM or key.

Getting across our mood early is an important first step. You need to isolate chords that, when used together, evoke the emotions you want to elicit at the specific part of the song you’re writing. The process of finding chords is something that requires a separate feature to this one. But don’t despair, as the second part of this series looked at methods of getting inspired; while the second part of our previous songwriting series from a few years back highlights keys and chords in general. 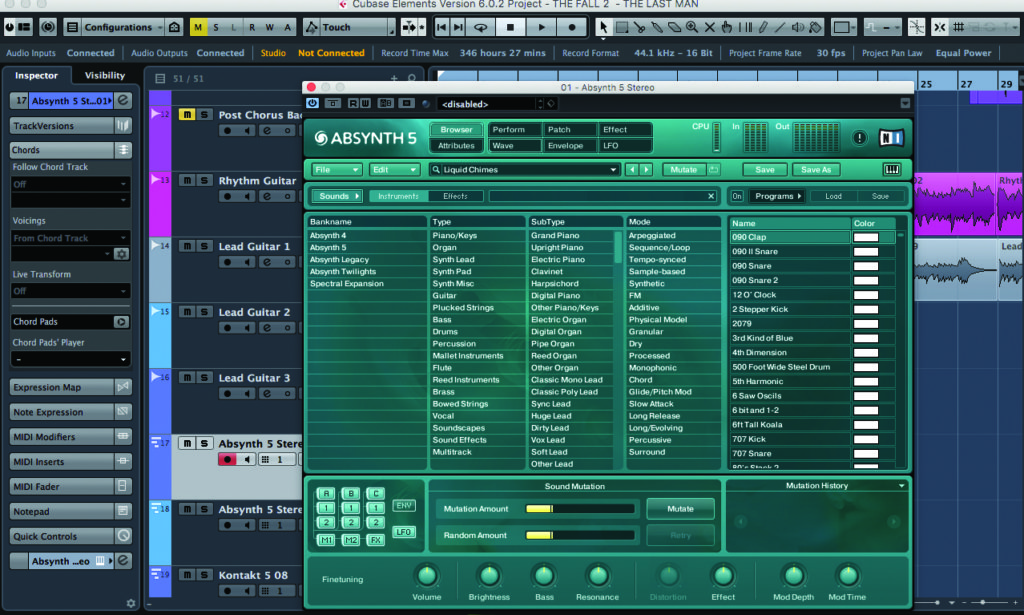 So you’ve got your chords – but how you play them (and on what instrument) has a massive bearing on how they’re presented to the listeners’ ears. The same chord sequence played as gentle picked guitar or twinkling piano can evoke wholly different sensations than if they’re played on a dirty, distorted synth or over fast-paced power chords.

The ascending and descending volume of your song needs to be a primary consideration. Most uptempo dance tracks maintain one clear dynamic narrative – and that is ‘let’s have fun’ – and therefore maintain a volume and energy that facilitates dancing and uncomplicated positivity.

However, the vast majority of songs in many other genres, particularly those in modern pop and rock, need to build to their loudest (usually most positive) point – underlining their central hook’s importance by placing it in the part of the song where the volume is maxed out.

So, conventionally speaking, the chorus is the point in the song when the audience’s interest should be piqued. This makes it the most likely location for that primary hook – your topline melody. If any area of the song should be ramped up, either in terms of instrumentation or emotional intensity, then it’s here. If your listener isn’t sufficiently engaged by your chorus, then they’re likely to switch off.

It’s an idea to put the most power and emphasis into your vocal delivery during the chorus, and (if, for example, you’re creating EDM-type music, layer your chorus the most by employing added instrumentation, with the aim of bolstering this central hook).

Adding extra octaves is one trusted method of making your melodies sound thicker and fuller, usually having an extra track one octave higher will do the job of making your hook notes sound more rounded.

As we mentioned above, occasionally harnessing the power of complete stops and silences can be dramatically beneficial to your track and add to the momentum of your dynamic narrative. If you’ve got a generally quite energetic song, suddenly stopping (or at least reducing the BPM) can add another dimension of fragility, uncertainty, and tension and can help you to build to your climax.

You should be able to look at your song and interpret it as a series of dramatic ‘scenes’. Just like a good horror movie which uses sound to ramp up the expectation of a jump scare, so your verse and pre-chorus have to have not just a chord-based, but a ‘feel’ based, relationship with your chorus.

So don’t just settle for a single vibe or feeling with your song. Changing the volume, be it through altering your playing style, the rhythmic components or the density of texturing in the mix, is a vital part of creating worthwhile songs, and ones which stand a chance of affecting the emotions of a greater number of people.

The benefits of using your DAW to focus on the dynamics of your songs is you don’t just have to rely on your ears. You have a complete visualisation of all the strands of your mix and the intensity of your waveforms. 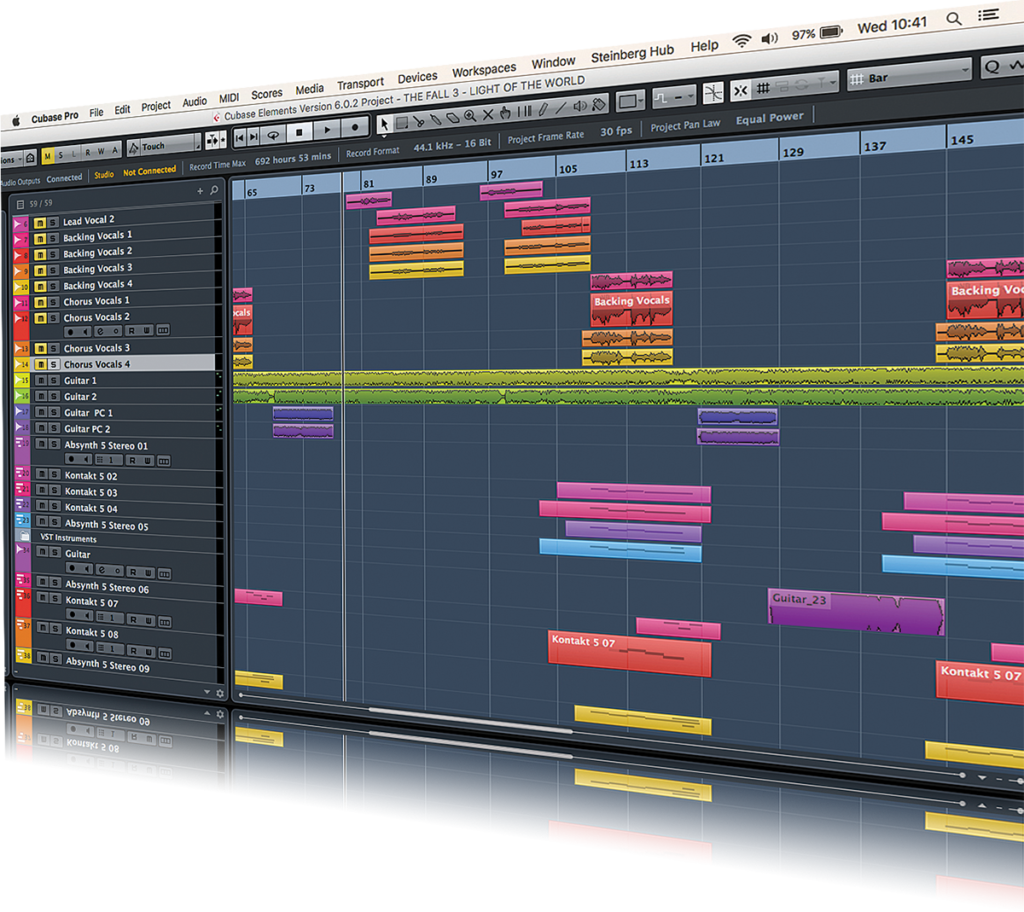 So you can see just how loud and quiet parts of your song are, and you have the ability to experimentally tweak your recording by changing not just the volume, but the instrumentation, the melody (if you’re using MIDI) the speed and, really, every other sonic aspect of your song without having to think too hard and manually change it.