In the final part of our Beginner’s Guide to Logic Pro X Andy Jones extolls the virtues of using key commands… 6: Using Key Commands in Logic Pro X Finally we move on to the most common way of saving time when using DAWs and a function that has been around since the very earliest […] 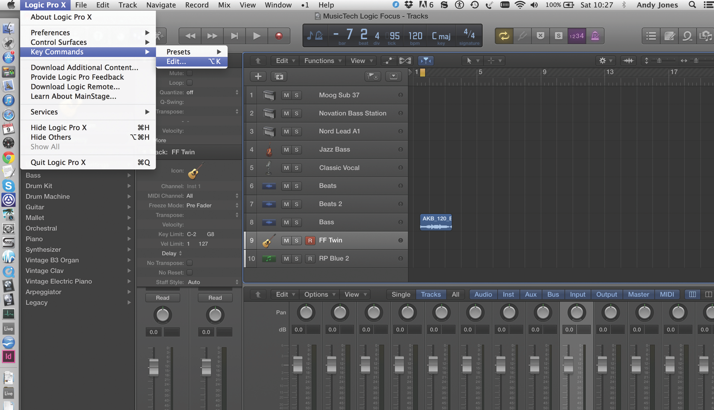 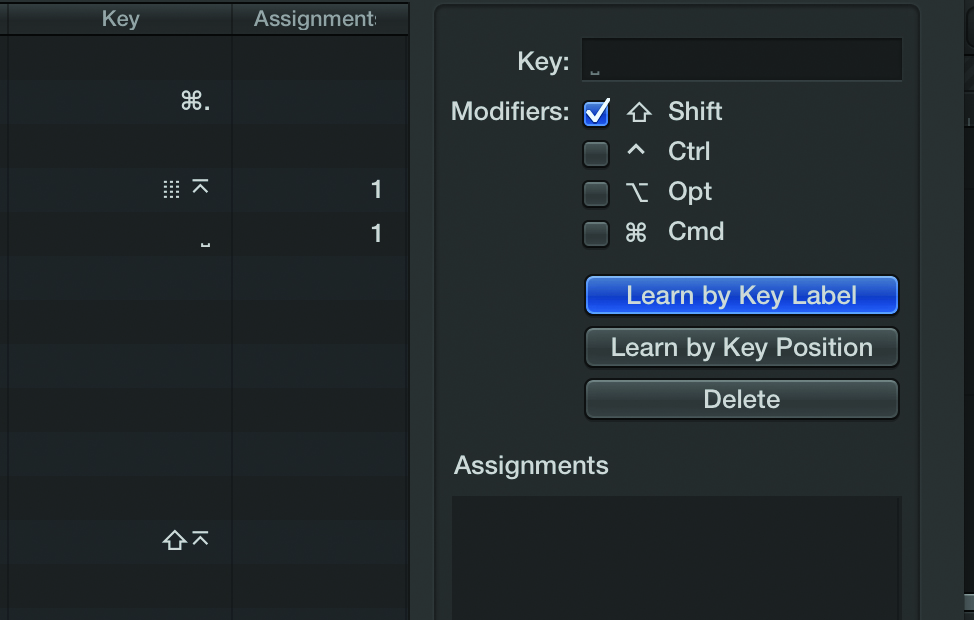 Finally we move on to the most common way of saving time when using DAWs and a function that has been around since the very earliest sequencer: the key command. Put simply, these let you carry out important (and no so important) functions at the press of a button, or a combination of modifier (shift, alt etc.) and button.

At a simple stroke or combination of strokes, you can perform virtually anything without needing to resort to a mouse click, thus saving time. In Logic, these are all listed, easily editable and you can import your favourites from other software too.

1: Key commands speed up your workflow by taking many common functions away from your mouse, so a quick press will do things like record (button R). Open them from the Logic > KC > Edit menu. 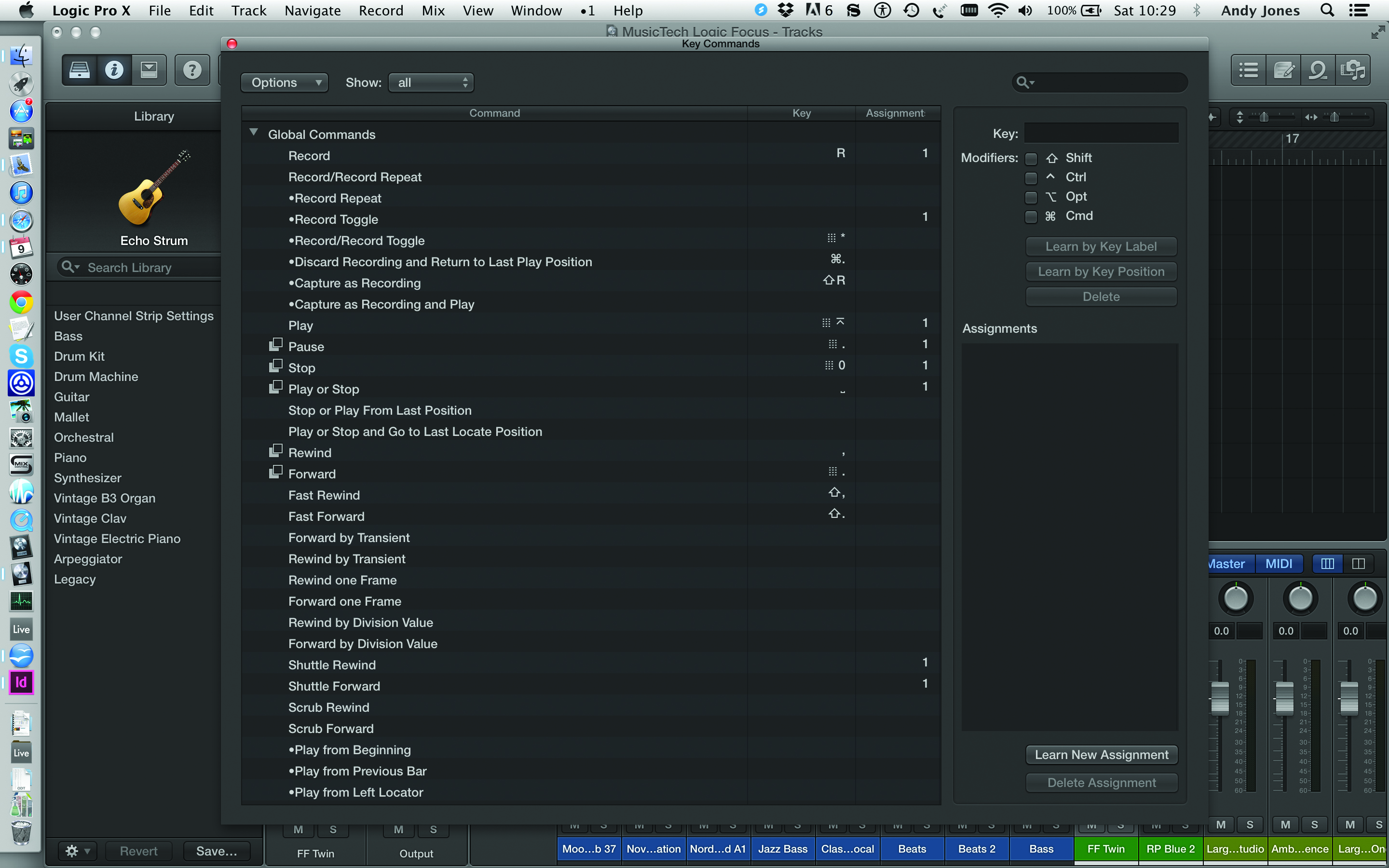 2: Here you get all of the Key Commands listed by category. We’ve opened the most common Key Commands from the Global tab which shows, among others, what keys control the transport functions.

3: As well as showing the key you need to hit to perform the command you get the Modifier (Shift or other key combo) and what value is needed to assign this to an optional MIDI controller.

4: As we are in Edit Mode, if you are unhappy with any of the current commands, simply highlight the command you want (or search for it using the tool, top right) and press Learn By Key Label. 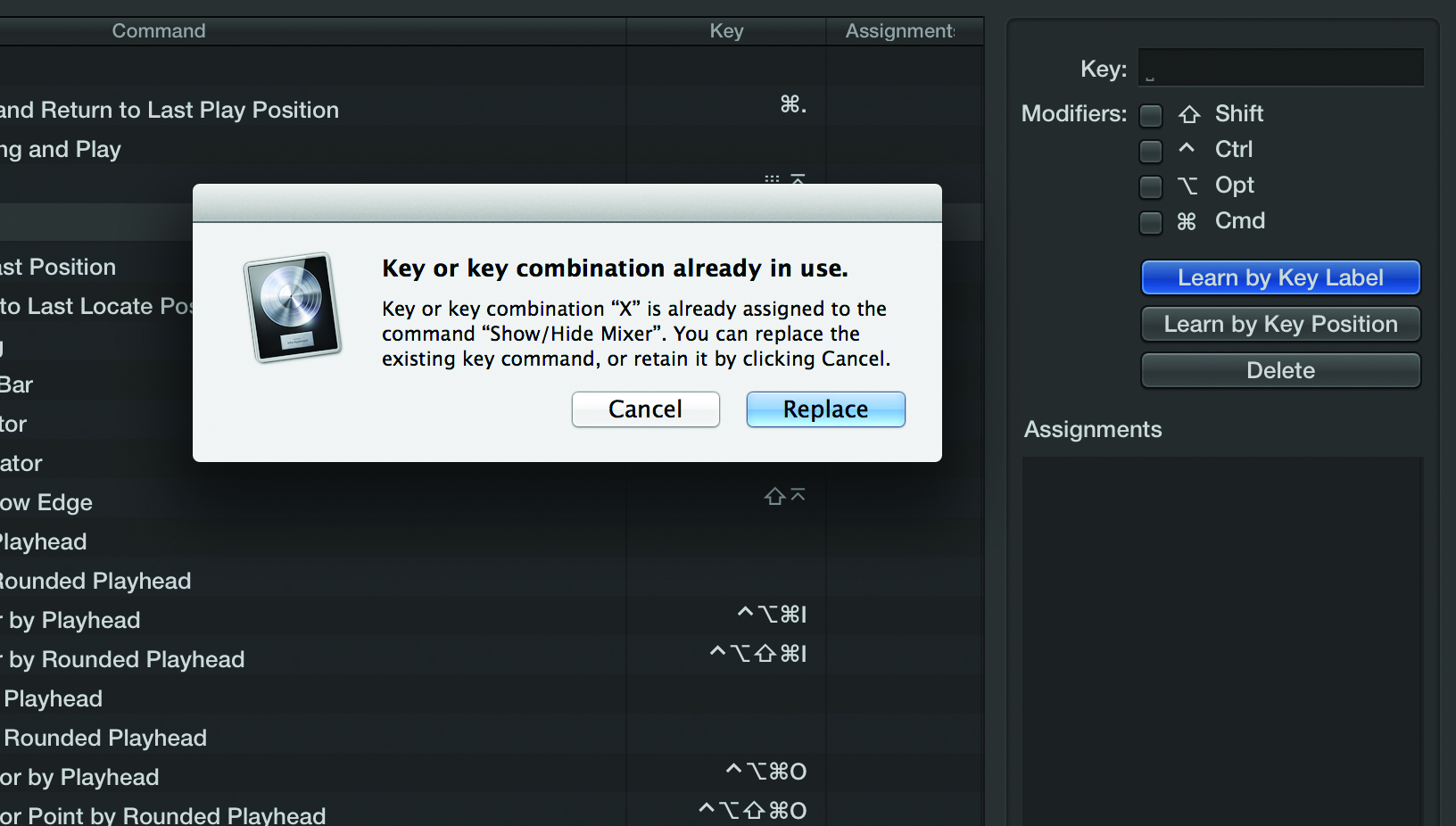 5: Now the combination of key and modifier that you press will be assigned to that function. It may be taken by another key command in which case the above will appear which you can overrule. 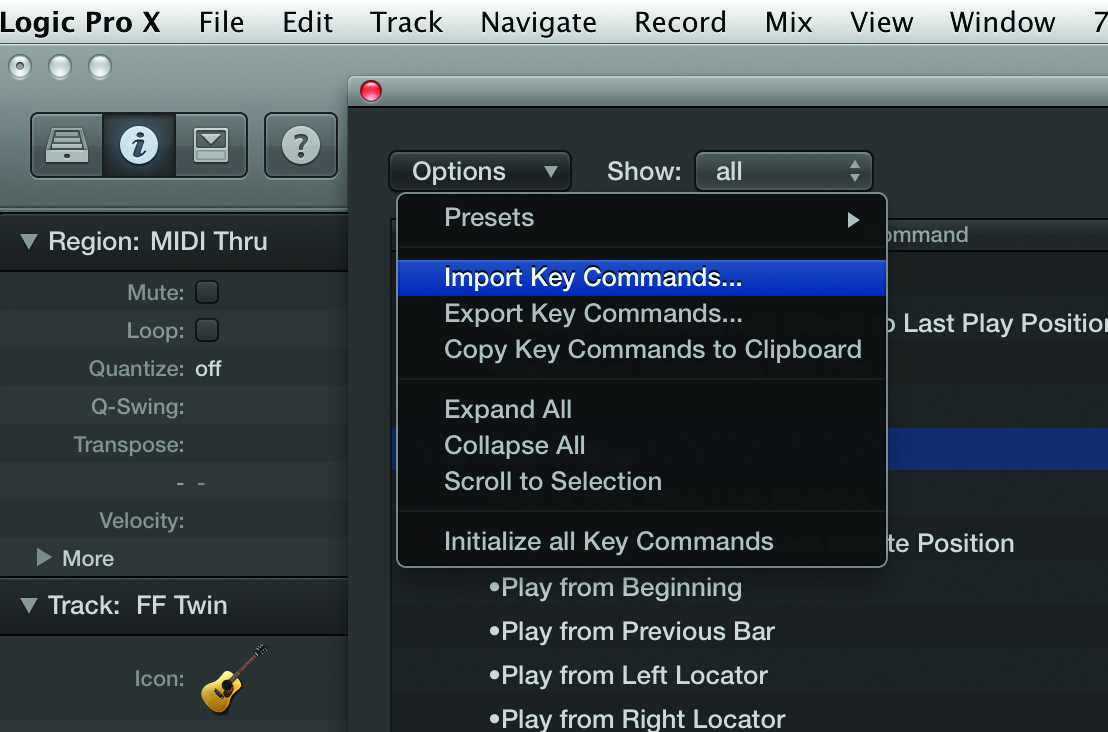 6: It’s also very easy to import key commands from other software so if you are used to Logic 9’s key commands, load them in via the Options menu within Key Commands.