In this third and final part of our guide to getting a job in music, we interview some figures from a variety of different positions across the music industry… The Producers Dada Life’s Stefan Engblom can talk about Sausage Fattener all day. He and Olle Cornéer released the plug-in to their fans in 2011, and […] 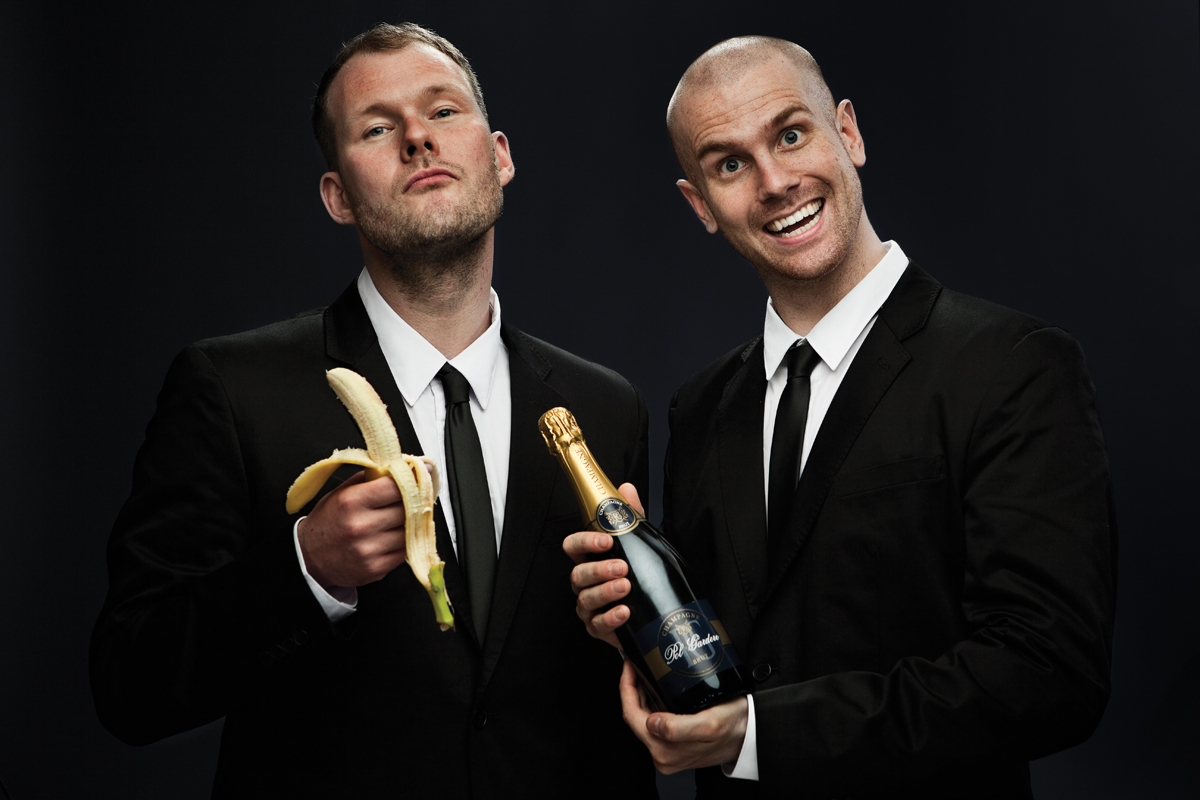 In this third and final part of our guide to getting a job in music, we interview some figures from a variety of different positions across the music industry…

The Producers
Dada Life’s Stefan Engblom can talk about Sausage Fattener all day. He and Olle Cornéer released the plug-in to their fans in 2011, and they’re justifiably proud of it. But the one thing he won’t talk about is the effects chain the plug-in aims to duplicate.

“I have to keep the original chain secret,” he says. “If the Sausage Fattener didn’t exist, I’d tell you! What people don’t realise is that with a large effects chain you don’t push one plug-in to the maximum. You only do it a little bit, and altogether it makes a really fat sound.”

Dada Life became famous for the thick, grimy basslines in their tracks, and Sausage Fattener was a chance for their fans to replicate the effect. The group already had a connection with Swedish plug-in producer Tailored Noise, and they decided that it was a perfect way to market their music.

“Before we even had an idea we’d gotten a lot of questions about how we got our sound,” says Engblom. “We took it for granted how we had a long plug-in setup in Ableton. [We] realised that it could be a good opportunity, because nobody had done an artist-standard plug-in. They ran the effects chain, and tried to replicate how it sounded.”

For Dada Life, the process of designing their plug-in paid a heavy debt to that mythical effects chain. They’d use Ableton’s macros to craft a plug-in setup with two control knobs working many parameters at once, and it shows in Sausage Fattener’s design. Two knobs – Fatness and Colour – pump up the sound, while a funky little animated sausage creature gets fatter and angrier the further you push it.

Tailored Noise handled the back-end, but it was up to Dada Life to test the plug-in. This, Engblom says, was a labour-intensive process, and one that anybody designing a plug-in should be prepared to work hard at: “We had to test how it behaves. I’d push a hi-hat through it, see how it reacted, and sometimes it reacted in a weird way, or in a way our original chain wouldn’t. So we’d reprogram it and try it out on other stuff, just going back and forth.”

But, Engblom says, the result was worth it. Sausage Fattener has started to show up on tracks from other big-name artists such as Tiësto. Dada Life are planning more plug-ins, although they’re not keen on us revealing the details just yet…

The HR Person
IZotope’s audio products are some of the most useful things any engineer can own. Their mastering, mixing, restoration and sound-design plug-ins (think Ozone, Alloy, RX) have won them acclaim from everywhere in the audio world, so it’s no surprise to hear the Massachusetts-based company has some seriously high standards. 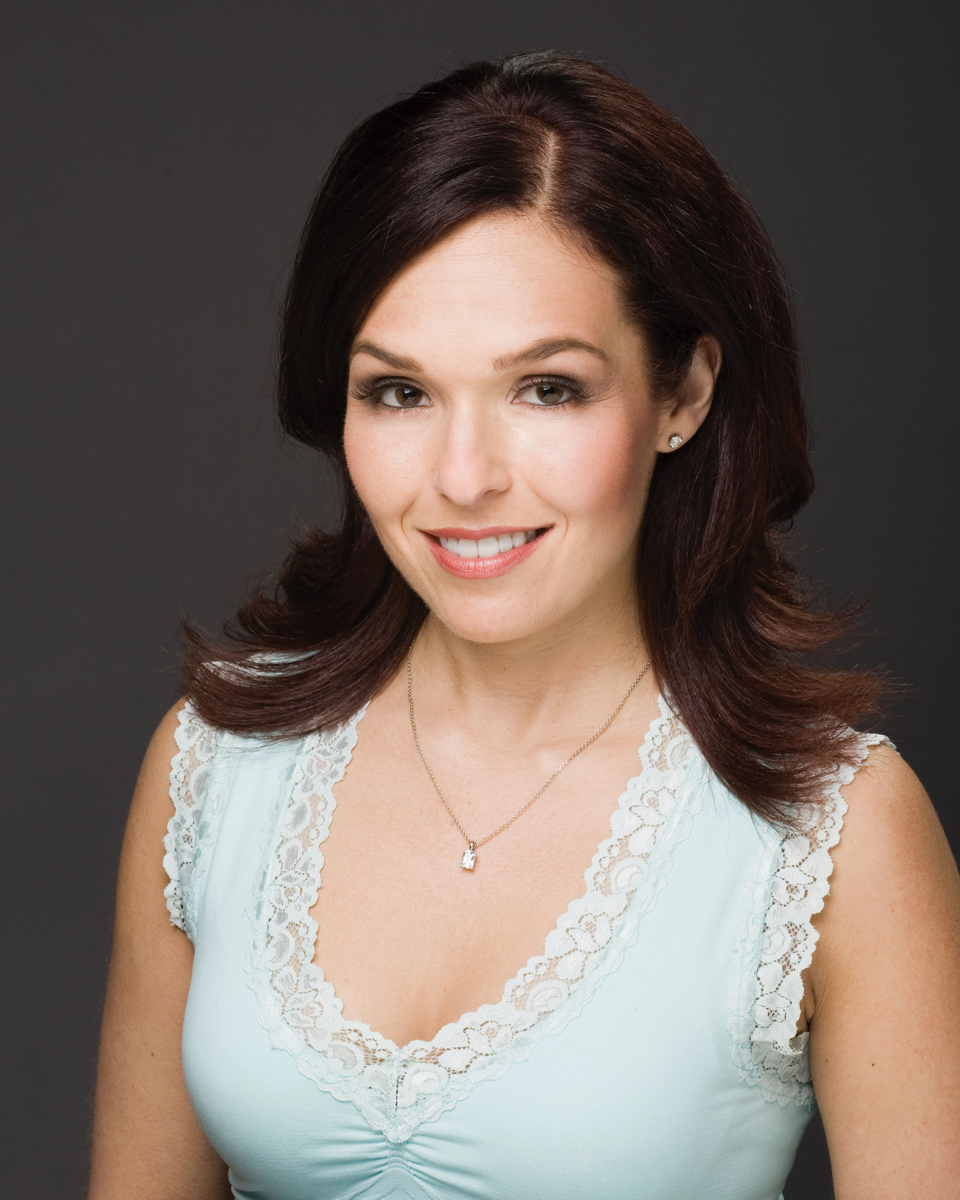 Johanna Perri heads up Human Resources for iZotope and is in charge of making sure that the right people come to work at the company. It has 62 employees, but it’s expanding quickly – Perri says that they want to get to a hundred before the end of the year.

“We try to use as many different avenues as we can think of,” says Perri. “We’ll have strategic meetings to decide who we need to recruit, what needs to be done, what kind of personalities we want to hire, and who’ll be a good fit. Then we come up with a strategy of where we want to post the position.”

The iZotope website has an active jobs board, and you’ll often see its postings all over the internet. They’re a good example of a small audio company with a big range of needs. Their biggest team is engineering, and if you want to play with the back-end of something like Ozone you’ll need to know your DSP from your C++, and probably have a degree in a science field of some sort. Sound design or musical experience, of course, helps immensely.

But Perri says that getting hired by an audio company isn’t just about your core skills – it’s about making sure you actually care enough about plug-in design to make it a day job. “Everyone here is unique in the sense that we have people who are extremely smart but also have a passion for music,” she says. “We also have some positions outside of R&D: sales, operations and product management. Our biggest department is engineering, but we have three other teams we need to hire for as well.

We have other people that come on board who don’t play an instrument, so we have to understand what needs to get done: do they have the skills to do that? And we have to make sure they’re going to fit into the culture at iZotope. We’re looking for people who are going to be passionate about audio. Are they going to be comfortable working for a small but growing company?”

Like many HR managers, Perri won’t discuss how much iZotope’s workers earn. Other sources suggest it’s very reasonable, however, and although iZotope doesn’t recruit internationally all that often, it still happens, and they’re also looking for freelance contributors.

The Product Designer
You’d expect the man behind one of the most popular pieces of audio equipment on the planet to have lived and breathed sound his entire life. But while Florian Grote certainly has a long-held love for music, he came to the job of Senior Product Designer for Native Instruments’ Maschine from a very different route. 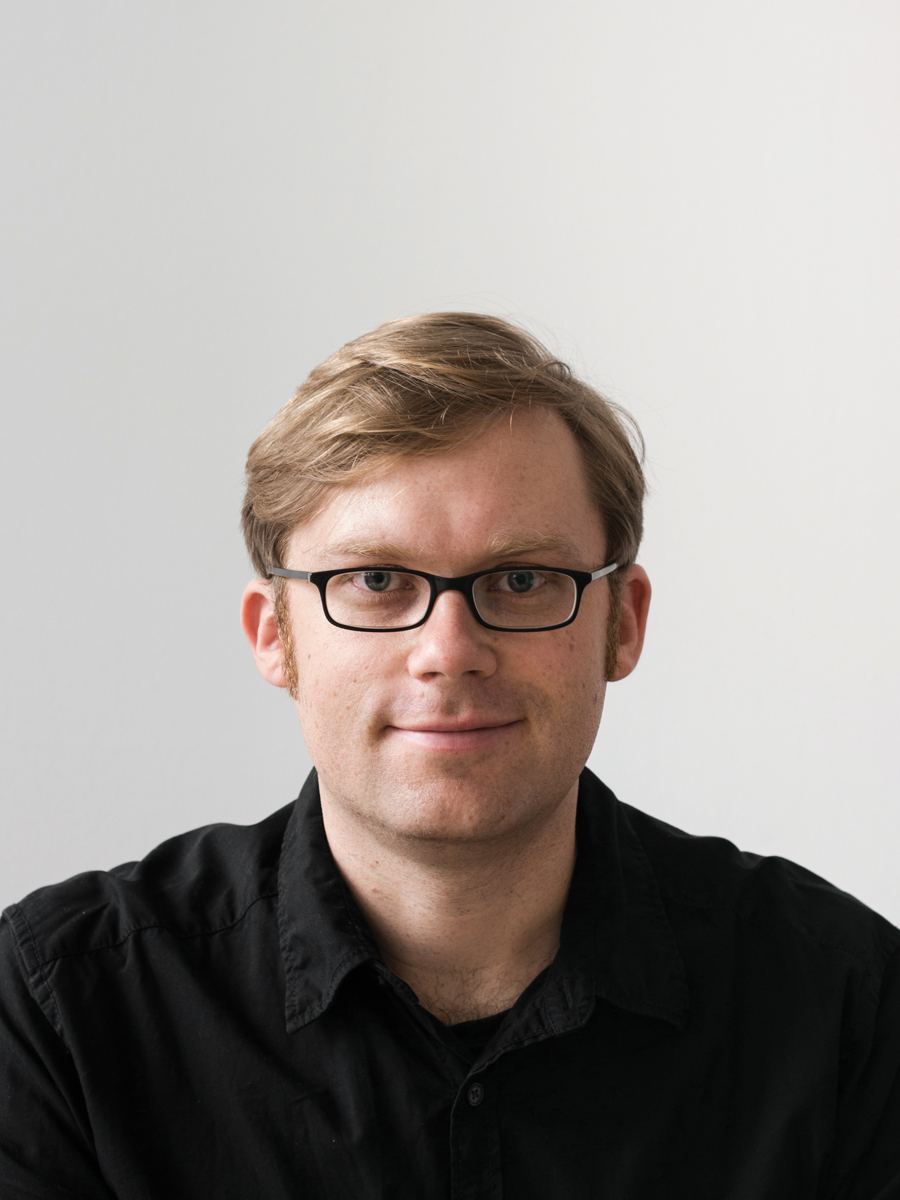 “I started at Native Instruments in the PR department,” Grote says. “I worked with a lot of artists along the way and developed stage setups and iPhone apps. I got into product design and was around when Maschine was originally developed. At some point I just made the switch because I was becoming more involved in the product side.”

Grote did have an audio background, though. He’d studied it at university as part of a cultural studies course and had spent plenty of time working with Max/MSP and Reaktor. He’s living proof that you can come at a career in audio from almost any angle.

It’s an incredibly high-pressure role. “My job is thinking about features for Maschine,” says Grote, “then discussing them and sketching them out and creating interactive prototypes, then discussing them with people outside of the company: management, expert users, panels of artists, our support team. They’re very important because they deal with a lot of the problems that users encounter. So it’s taking all the input, compiling it, thinking about the requests, and converting that into features we can develop.

“We have a lot of testing, as it’s a really complex product,” he says. “We prototype a lot, and that’s becoming more important. We let people use it and then discuss it in a group which we moderate, or we ask users to complete certain tasks and think out loud while they do them. We also have a big beta programme to generate feedback.”

Native Instruments is one of the most high-profile audio companies around, not just because of Maschine but because of other equally popular programs such as Reaktor, Kontakt, Battery, Molekular and more. But Grote says that while a background in DSP, C++, engineering and the like are always good to have, he’s more interested in working with people who understand how hardware (and NI’s products, in particular) get used.

“The bare minimum is an understanding of how our products are used. You need an audio background and you need to know what we’re trying to do. C++ is definitely appreciated but it’s probably more fundamental to understand the basic principles of software development: what’s hard to do, what’s easier to do.”

The Independant
There are few indie designers more successful than Urs Heckmann. Under the name u-he he’s managed to create a name for himself in the world of audio plug-ins, mostly by doing things that nobody else has tried before. His ACE (Any Cable Everywhere) and Zebra synths have become part of many set-ups worldwide. 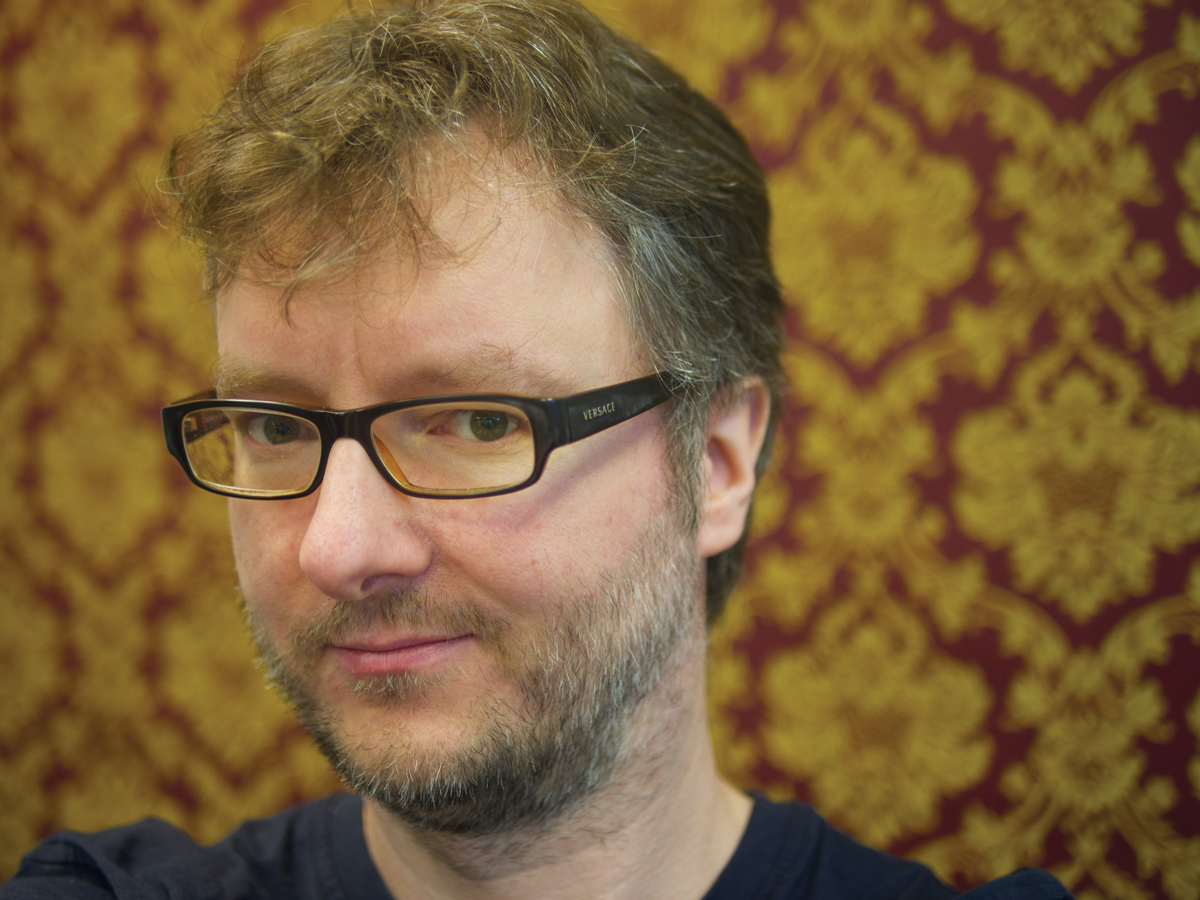 He started making his own VSTs in 1999 simply because he couldn’t afford to buy them. An industrial designer by trade, Heckmann quickly took to programming. “I think what I do is similar to regular industrial design,” he says. “We develop objects on computers but instead of manufacturing them according to those specs we add all the functionality and sell the results online.”

Initially, u-he was mainly just Urs. Then in 2012 u-he exploded: his Diva and Dark Zebra plug-ins sold so much that the user base “practically doubled”. Heckmann now has several employees, and u-he is one of the most important names in music production.

ACE, easily one of u-he’s most popular releases, came about when the synth Heckmann was working on, Bazille, began to be too CPU-heavy. The team wanted something that would be easier on the system, but deep enough to satisfy modular enthusiasts. ACE, Heckmann says, was the logical consequence:

“Its feature set is quite close to that of the ARP 2600 or the standard Roland System 100m. ACE adds some advantages, such as polyphony and a few strictly digital modules. I also wanted it to have a deeper ‘geek vibe’, so we added a circuit-bending section.”

Creating a plug-in that will find fans, he says, takes a lot of different skills. “One must have experience with music production to really ‘get’ what audio plug-ins are all about,” he explains. “Also, we always like to bring something new to the table – the core concept of a new plug-in must involve an idea that hasn’t already been done, at least in that form.

Having a vision for a new feature that makes sense is very important: people who are enthusiastic about ideas that nobody wants aren’t going anywhere. The essential skills are product and graphic design, programming and marketing. I think the conceptual stage of plug-in design is a lot harder than the actual development part!”