by Will Lavin
#Genre Primer#Grime

From Dizzee and Wiley to Kano and Skepta, and everyone else in between, we chart grime’s sonic evolution and its rise to power as the soundtrack of Britain’s youth. 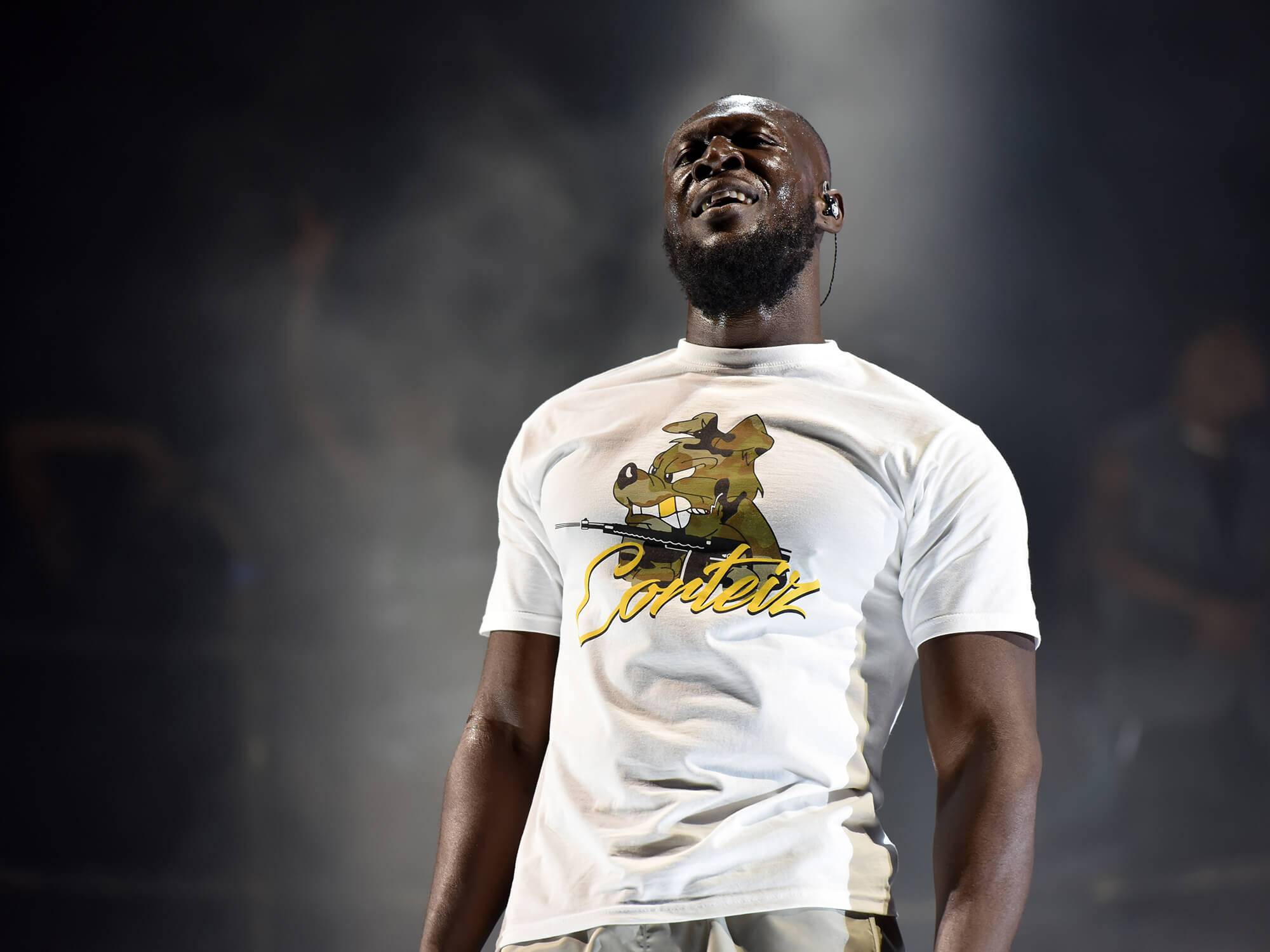 Since emerging from London in the early 2000s, grime has indisputably evolved into the bonafide soundtrack of Britain’s youth. This harsh, lyrically dextrous, avant-garde art form, born from the shadows of garage and underscored by the bass and rhythms of jungle and dub, offers an authentic representation of the Black experience in the UK. Characterised by chaotic, syncopated breakbeats, typically around 140 beats per minute, and often featuring an electronic soundbed made up of bespoke retro effects and swelling synths, the genre’s raw and intoxicating energy emboldens its audience, inspiring unity and providing escapism whenever needed.

Catching fire in 2003 upon the release of Dizzee Rascal’s groundbreaking debut album, Boy In Da Corner – which bagged the Bow MC the much-coveted Mercury Prize – other artists who played an important part in grime’s early success included Wiley, Kano and Lethal B. Towards the tail end of the 2000s, the genre lost some of its steam, with a number of its biggest stars abandoning its core sound in favour of something more pop-leaning. However, this unsuccessful hybrid confused mainstream audiences and turned longtime fans off.

Thankfully, a revival took place in the mid-2010s and has since stuck, further cementing the genre’s popularity. This was due to the success of artists such as Skepta, JME, Ghetts, and Stormzy – the latter of whom in 2019 became the first grime artist ever to headline Glastonbury.

Here, we look at some of grime’s most essential tracks and map the genre’s sonic evolution from scrappy underdog to global phenomenon.

Garage crew Pay As U Go Cartel were hugely influential in pioneering the sound of grime alongside the likes of So Solid Crew and Heartless Crew. A noted starting point for MCs Wiley, Maxwell D, Breeze, God’s Gift and Flow Dan, as well as producer DJ Target, the collective ushered in a more MC-driven garage style, with their rapid-fire flows and aggressive lyrical content laying the early foundations of grime.

To some, including Rinse FM co-founder and Pay As U Go head honcho Geeneus, Know We is the first-ever grime track. While other garage records had dipped their toes into the darker realms of the genre, this was a paradigm shift, with more space given to the MCs to fill with complex rhymes and engaging stories.

Widely regarded as one of the earliest examples of the grime style of production, the influence of Youngstar’s Pulse X can’t be overstated. Simplistic in nature yet genius at its core, its sparse, repetitive loop gave the genre its first 8-bar instrumental. Switching beats every eight bars, this cold slab of digital grandeur provides two different rhythms for MCs to lay down their usual 16-bar verse – a structure that has become commonplace in grime ever since. It’s never straightforward when it comes to pinpointing the exact start of something, especially with music and art, but if there is a year zero for instrumental grime, this is it.

As grime emerged from the shadows of garage, the burgeoning genre needed its own identity to establish itself as a serious player – and Wiley provided it with his Eskimo riddim. Pairing lightly-served machine gun drum fills and artificial synth stabs, with clipped flutes and loaded digital kick drums scattered throughout, it felt like a return to the rough-and-ready, experimental days of jungle. This was the beginning of the highly influential ‘Eskibeat’ sub-genre. The hollow bass dumps – forever a trademark of the now Godfather of grime’s sound – would go on to become an integral component of the grime soundscape, informing many of the genre’s future producers. The vinyl white label is said to have sold over 10,000 copies – all out the boot of Wiley’s car.

A list documenting the most important grime records of all time isn’t a real list without the inclusion of Dizzee Rascal’sI Luv U. When Dylan Mills detonated this bass-heavy atomic bomb, which he produced at just 16 years old, it sent shockwaves through Britain’s mainstream music scene and became grime’s first major pop anthem.

The off-kilter gabber kicks, breakneck handclaps and cartoonish wind gusts introduced the world to the chaotic soundbed of grime and the future of UK music. Heavily influenced by US rap, the strings on the track were Dizzee’s attempt at recreating Ludacris’ What’s Your Fantasy, while the call-and-response hook, on which the Bow MC argues back and forth with vocalist Jeanine Jacques, was inspired by Jay-Z’s Is That Yo Bitch?.

Following the colossal success of Dizzee Rascal’s Mercury Prize-winning debut album Boy In Da Corner, fans and critics alike were trying to figure out what to call this newly founded genre. Not yet the omnipresent force it is today, grime’s early suggested handles included: urban, two-step, and some still called it garage.

Taking the debate to wax over a mischievous, up-tempo rhythm, Wiley asks: “Wot Do U Call It?” The track’s syncopated bounce, compressed brass underscore, and what can only best be described as 8-Bit Nintendo sound effects – a hallmark of the Eskibeat sound – all went on to become essential points of reference for future grime producers. Although Wiley doesn’t once mention the word grime,Wot Do U Call It? is the genre’s original national anthem.

Feeling like it could have been recorded in a dungeon starved of light, the bloodthirsty war cry caused some club promoters to ban Lethal B’s music and performances from the man himself, citing violence that sometimes broke out when it was played. Pow! also soundtracked the 2010 student protests in Parliament Square over the UK government’s tripling of tuition fees. Providing the perfect vessel for students to express their rage as they faced a difficult future, it was an early look at how grime could impact the political landscape.

Today’s generation of grime fans will probably recognise this instrumental more for being the backbone of Stormzy’s 2015 park freestyle-turned-hit record Shut Up. However, this lost grime classic was actually conceived over 10 years earlier. Produced by Ruff Sqwad associate XTC, Functions on the Low was first released as a white label in 2004. Made using Fruity Loops, the glossy, beautiful grime rhythm that you hear on the track is neither mixed nor mastered.

According to XTC, he rendered the audio file from his computer, burned it to a CD, and took it straight to a pressing plant. Although it wasn’t tailor-made for Stormzy, the spring-loaded melody and effervescent flutes will forever be associated with him and his proficient wordplay, especially since it was this record that propelled him to superstardom.

Roll Deep are grime’s original crew. Formed when some of the members of Pay As U Go Cartel peeled off to do their own thing, the London collective shaped the sound of grime and spawned many of its most successful acts, including Wiley, Dizzee Rascal, Tinchy Stryder, Skepta and Jme.

Not afraid to lead the charge when it came to experimenting with sounds and sonics, they successfully walked the line between underground and mainstream, while maintaining the respect of the culture and their peers. When I’m ‘Ere, an intense, self-contained curtain of lyrical fireworks built around Danny Weed’s trademark gypsy accordion and camera flash snaps, hears Roll Deep translate the fierce clash temperament and pirate radio energy into an easily-digestible three minute song – something not too many grime artists had mastered at this point.

“Some manors don’t like me, they try and bad mind me/ When Kano comes to town.” Knowing the opening lines to Kano’s debut single is considered a rite of passage among most grime fans. The East London MC spins vintage slang into a classic cut compiled of smart, combative, rapid-fire lyricism with a distinct and unrelenting cadence, lifting the lid on a few of the weapons in his extensive arsenal.

While much of grime’s production in the mid-2000s had a DIY aesthetic to it, DaVinChe’s production on Ps and Qs presented a more refined sound which set Kano apart from his peers. The marching band rhythms and scattered pockets of bass provide the perfect cushion for Kano’s world-beating wordplay, and the hazy sheen that weaves in and out throughout, emanating a menacing energy, puts the cherry on top of one of grime’s greatest records.

Not content with being one of the forefathers of grime, Wiley is also responsible for introducing electro-grime, a dance-infused sub-genre of the sound that he helped to pioneer. In the summer of 2008, he released Wearing My Rolex, a fun and flirty club smash that hears his catchy refrains lathered over the top futuristic basslines and shimmering synths.

Once the track hit Number Two on the UK singles chart, a new musical movement was born and everyone wanted to have a go, including Skepta (Rolex Sweep), Lethal B (Keys To The Bentley), Flow Dan (Moving To Me) and God’s Gift (Ringtone). Although the sub-genre was short-lived, Wearing My Rolex informed the rest of grime that it needn’t stay in a box and that it was okay to experiment.

Of all the tracks on this list, there’s a case for German Whip as being the most important. The HeavyTrackerz-produced anthem arrived at a time when grime was having an identity crisis – several of the genre’s central figures were experimenting with pop; some had stepped away from the scene completely; and the traditional grime sound, once the toast of British Black music, was appearing less and less on mainstream platforms.

Enter Meridian Dan. Flexing his muscles from behind the wheel of a Mercedes, the Tottenham MC’s whip appeal kickstarted a grime revival, making way for Skepta and Jme’s game-changing That’s Not Me. Dan, together with Big H, Jme and Skepta (who all came up in Meridian Crew), were largely responsible for grime’s return to prominence.

After Meridian Dan cracked the door open for grime’s revival, it was this updated Eski-type banger that spearheaded the genre’s explosive renaissance, eclipsing all of its early achievements in just a little over three minutes. Skepta, who was coming off a creative excursion that saw him lost and wandering aimlessly through a wilderness of shiny pop faux pas, tapped back into his roots. He delivered a retro grime track that he created using Jammer’s old Korg Trinity keyboard synth, pre-loaded with “all the old grime sounds” via obscure software plug-ins not easily obtainable elsewhere. Rejecting the missteps of his past, Skepta’s lyrical message is about staying true to the spirit of grime and its individuality and rawness, and not succumbing to the enticing trappings that a more commercial path can offer.

Clashing and MC cyphers are an integral part of grime’s DNA. While there have been many tracks over the years that have recreated the essence of these energetic art forms, none have been executed quite as well as this. Taking it back to the days of pirate radio station cyphers, three of the genre’s best go toe-to-toe over a choppy riddim that bounces around like a tennis ball on a trampoline, its smokey, melancholic symphony interspersed with glistening chimes that parachute in with discernible resonance.

Ghetts goes off like a manic man-child, the texture of his vocals right at home over the dissonant bass and luminescent chops. D Double E’s snarling ad-libs are enough on their own to incite cries for a rewind. Kano’s all-out lyrical assault includes a not-so-kind reminder that he’s not to be tested on or off the mic (“They dun know about me!/ War time roll out with pure gun man about me!”). From the production to its poetic proficiency, this is grime in its purest form.