Best Synth Apps The app market for synthesizers is hotter than ever with emulations of classics synths alongside modular madness. Here are our ten best… Arturia iMini (iOS) Over a year since its release and this classic Minimoog emulation is still as great-sounding as ever, with a front panel that is easy to use, equalling […] 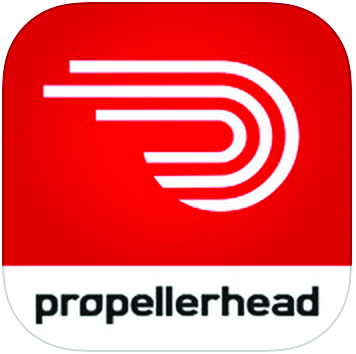 The app market for synthesizers is hotter than ever with emulations of classics synths alongside modular madness. Here are our ten best… 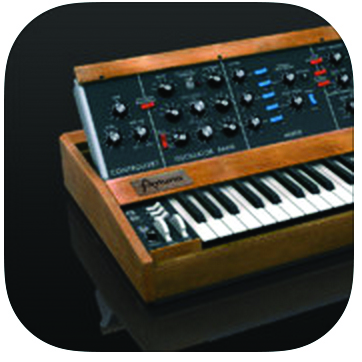 Arturia iMini (iOS)
Over a year since its release and this classic Minimoog emulation is still as great-sounding as ever, with a front panel that is easy to use, equalling a synth that is easy to program.

It comes with a huge variety of presets, a little randomly ordered at first but then you realise you can load them by programmer and type very easily. There’s a glorious performance page where you can modify parameters in real time using X/Y grids, plus chorus and delay effects and a neat adjustable keyboard.

Arguably it could be more accurate sonically but, hey, what Arturia has added is a bonus to the sound overall, which is both right and varied. Superb.
Web www.arturia.com Price £6.99

Beepstreet Sunrizer (iOS)
We’re trying not to do too many emulations of classic synths here but this is a worthy inclusion and not a total emulation, although owners of the highly regarded Roland JP-8000 will be happy when they give this one a go.

It uses SuperSaw waveforms, and these are combined with analogue modelled oscillators, loads of modulation and filtering meaning the resulting sound is right up there with pretty much every mobile synth out there (and way beyond some).

It might be more dance orientated but the original was slap-bang in the middle of rave, and this pays homage to it while supplying enough sounds for more up-to-date genres.

Jasuto (iOS & Android)
Interestingly with Jasuto and Reactable the Android and iOS platforms are blessed with (at least) two modular synth-type apps where you drag and link modules to create various sounds, sequences and so on.

Jasuto comes with more than 75 of these nodes plus (thankfully) 200+ examples, so you don’t have to do any work if you are a non-synth head.

And some of these really are something to behold: giant bulbous creations all pulsing and shimmering with wave options to adjust parameters in time. Jasuto might just have the edge in terms of prettiness, but big fingers on both of these apps could be a problem. But then aren’t they always?

Korg iMS-20 (iOS)
As well as software versions of the MS-20 there are even newer hardware releases including a mini keys and build-your-own! Which all must mean that this is a great synth. iMS-20 doesn’t disappoint but you might be a little overawed at first, as it does look pretty daunting and Korg has added a lot.

You can patch things together, route audio and effects in and out or generally just have fun with the sequencer, the pattern producer and a fantastic drum module.

2Beat Oscilab (iOS and Android)
Hard to categorise this as just a synth as it’s really a groove box and more. But it features so many instant sound-shaping and swiping options that it shows a great way forward for hands-on mobile synthesis.

There are 28 wave shapers, a synth, a drum machine and 36 instruments. You go into each section and adjust as it loops. Adjust the waveforms, for example, add some beats and then instrument notes to flesh it out. Inspiring stuff. 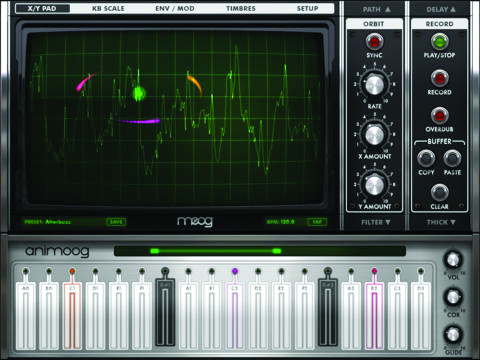 Moog Music Animoog (iOS and Blackberry)
It is refreshing that a company with a track record as good as Moog’s in producing hardware hasn’t just done a software emulation of its synths (but that would be very cool too).

Animoog is powered by an Anistropic Synthesis Engine (or ASE) and the idea is to move through an X/Y space to morph between classic Moog sounds using an X/Y pad. With excellent touch feedback and those superb sounds, it’s a joy to use.

Propellerhead Thor (iOS)
We love a bit of marketing speak. Apparently Thor is ‘simply the most powerful synth ever created; an unstoppable monster of a sound generator that utilizes synthesizer technology from the last 40 years.’

It’s a shame that lines like that do get in the way sometimes as Thor really is a very good synth, transferring the bulk of the power and character of the original into the iPad for some breathtaking sound.

Reactable (iOS and Android)
Originally a research project the Reactable caught the eye of many musicians who loved the concept, which was essentially moving blocks over a scanner to synthesise sound. One was Björk who took a prototype of it on tour, successfully combining the visuals (it looked amazing), with hands-on real-time synthesis.

Now the blocks have been turned into virtual touch elements, easily linked together to produce very interesting results when dragged into a central pulsing area.

Reactable really does show what touch operation is all about – don’t expect to be making songs straight away but it is great for hours of noodling.

Steinberg Nanologue (iOS)
If you want something free then we have a whole section of free apps in this issue, but this one didn’t make it… because we could include it here! Nanologue is Steinberg’s surprisingly good analogue synth emulation.

We say ‘surprisingly good’ because initially it’s just that – a bog-standard synth – but what it does it does very well. Big monophonic sounds, cool interface and very easy to use. If you are new to analogue synthesis you can’t go wrong with this. It’s not trying to be clever but it can be big!

Waldorf Nave (iOS)
Waldorf has a great reputation in wavetable synthesis, and while Nave may look fairly simple its engine contains some of the finest factory wavetables from Waldorf’s Blofeld and ‘soon to be legendary if they aren’t already’ Wave and Microwave synths.

There’s more, however, as Nave has a couple of wavetable oscillators and an Uberoscillator to fatten things up.

There’s a shedload of other features as some of the biggest names in modern synthesis were involved, including Axel Hartmann. As such then, Nave delivers the sonics but might be for the more experienced synth head. Spend time with it and you will be very well rewarded.