Best Guitar Apps If you want to bring the sound of the guitar to your music then there are a surprisingly high number to choose from… Yonac INC Steel Guitar (iOS) There are many different types of guitar that aren’t particularly well catered for in the app world, but Steel Guitar for iOS is one […] 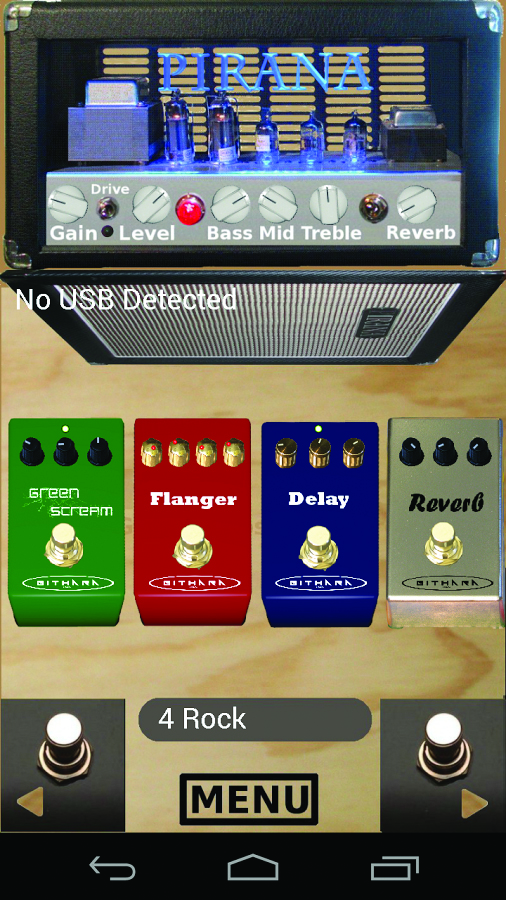 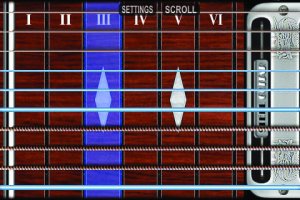 There are many different types of guitar that aren’t particularly well catered for in the app world, but Steel Guitar for iOS is one of the more unusual apps you’ll find. You can select from four guitar models: the Lap Steel, Eight-String Console, or either of the traditional Nashville or Texas setups.

You can use it as a plain slide guitar by turning on the six-string ‘Lap’ mode and turning off the accelerometer, or use the full ten-string monster along with configurable pedals. Slide, pick and dip the device to bend, and wire up the volume pedal and swell. There are also some effects supplied, so you can be sliding like a pro in no time.
Web App Store Price Free

It’s not just regular guitars that exist in app form. Futulele is based on 72 high quality ukulele samples and combines and tweaks them to strum the virtual strings. You can play automatically and also set different strumming speeds, recording and exporting your performance. It comes with ten pre-defined songs and the ability to create your own, and up to 12 chords per set with a total of 132 chords available.

There are four effects on board and you can use the separate remote app to control it from another device. The audio engine is also capable of detecting the current output mode (speaker or headphones) and adjusting the instrument’s sound accordingly. 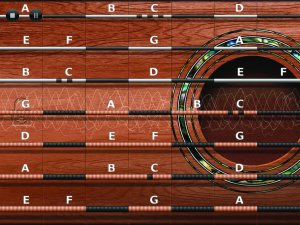 The iFretless app is a guitar fretboard re-imagined for playability on iOS devices. It replaces two-handed playing and strumming with a one-touch-per-note approach that enables fast, precise playing of melodies, scales and arpeggios and real-time control over the pitch of each individual note. It uses velocity sensitive multisampled instruments and has ten instruments available.

You can play up to three different sounds at once on the iPad and there’s inter-app audio, MIDI in and out support as well as audio copy and built-in effects. You can also layer string and pad sounds together with your guitar for an even bigger sound.
Web www.ifretless.com Price £6.99 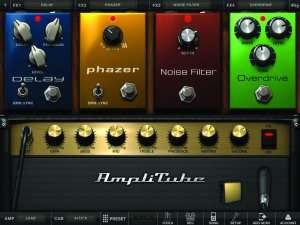 IK Multimedia’s AmpliTube was one of the first serious guitar processing suites for mobile devices, and it continues to go from strength to strength. It comes with 11 stompbox effects, five amps, five speaker cabs and two mic models, and you can combine these in any order you like.

There’s a free version and you can also add more models via in-app purchasing, including amps from Orange, Fender, the VocaLive effects and more. You can also add more tracks to the on-board sequencer and mixer. There’s a song player as well, so you can jam along to your favourite music, and a feature called Loop Drummer for playing along to beats.
Web www.ikmultimedia.com Price €17.99 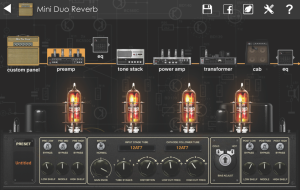 BIAS has replications of 36 amps that you can tweak extensively. Swap out tubes, preamps, transformers and even alter a tube’s bias to get the sound you want. There are plenty of presets but every element is also customisable in remarkable detail. It is approachable for guitarists, too, emulating a real hardware setup rather than using lots of fiddly menus.

There’s a noise gate and a room simulator built in, as well as quick preset recall for swapping sounds on the fly. It integrates with JamUp, the company’s other software, and with other iOS apps. Although it costs a little more than some other iOS amp suites, this is a really pro piece of kit.
Web positivegrid.com Price £13.99 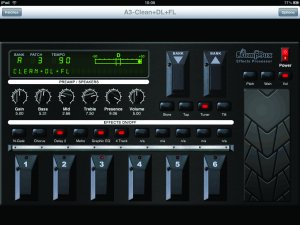 StompBox turns your iPad into a flexible multi FX processor and includes 17 effects plus a four-track recorder (after in-app purchase) and media player with time-stretching. It’s a guitar and bass processor with 16 types of effects, including seven types of distortion. You can chain up to 12 effects at once and there are other handy tools like a metronome and tuner, virtual foot controller, and whammy pedal, tap tempo and three unique skins. It doesn’t just cater for electric guitars, as it has some presets specifically designed for acoustic processing. It’s highly tweakable, with lots of different controls to help you sculpt your sound.
Web App Store Price £13.99 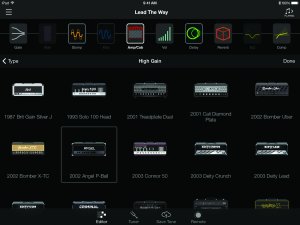 Line 6 has always been at the forefront of digitally modelled guitar amps. If you happen to own an AMPLIFi hardware amp, this free app for iOS and Android will let you remotely control the amp’s parameters. As well as sharing your tones with the cloud you can download others, match the tones of songs in your music library and store unlimited presets. It’s a far cry from having one amp with a few knobs on it – now you can remotely set up, store and load as many different amp emulations as you like. Check out the website for more info on the supported devices.
Web uk.line6.com Price Free

This app has a guitar tone stack and 13 effects pedals, all of which are configurable, along with other nifty features. Just add a USB guitar cable and you’ll be getting great tone in no time!
Web play.google.com Price £2.99

JamUp XT comes with one amp and six effects, along with the Jam player, phrase sampler, and more. The amps and effects can be arranged with the drag-and-drop interface and you can run up to seven simultaneous models.
Web www.positivegrid.com Price £6.99 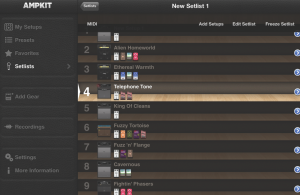 AmpKit Free comes with a Peavey ValveKing amp with two cabs, two pedals, two mics and a built-in noise and feedback filter, and if you decide to go further you can add lots of other content via in-app purchases.

The paid version of the app represents better value than buying everything separately, and includes more amps, pedals and cabs. Both versions have access to the Gear Store which contains 50 amps, 30 pedals, 26 cabinets and eight mics as well as bundling some content together.

You can mix and match gear in the app and jam along with your favourite music from iTunes or by uploading your own stuff.