6 Ways To Save Time

It’s a new MT series of fast studio solutions. Knowing how to save time is invaluable, especially when juggling multiple projects. Rob Boffard offers his six tips to make things quicker and more efficient in the studio… Making music takes a lot more time than you think. You can start a session with the best […]

It’s a new MT series of fast studio solutions. Knowing how to save time is invaluable, especially when juggling multiple projects. Rob Boffard offers his six tips to make things quicker and more efficient in the studio… 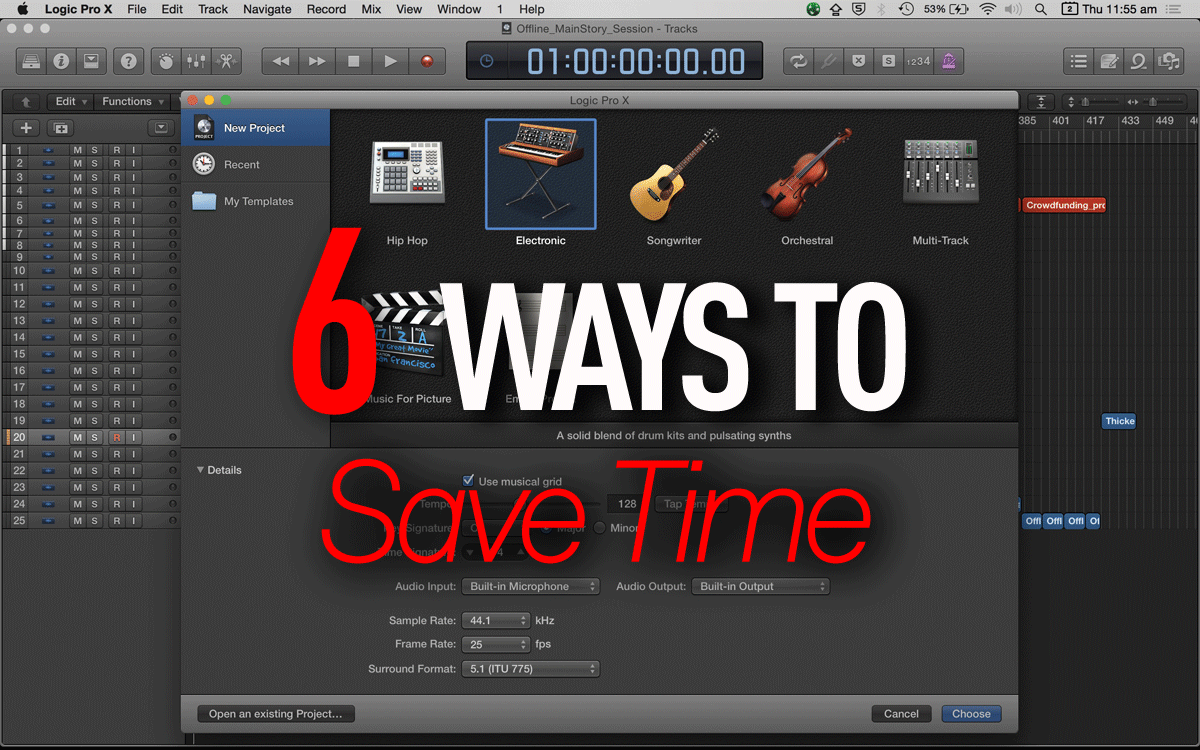 Making music takes a lot more time than you think. You can start a session with the best of intentions, ready to do your thing as an ultra-efficient, switched-on, damn-near-cyborg-level producer – and the next thing you know it’s dark outside and your bills are overdue and the damn track still isn’t finished. Fortunately, there are a few ways to make your music more efficient, and to save you a huge amount of time. Here are six sure-fire studio time savers… 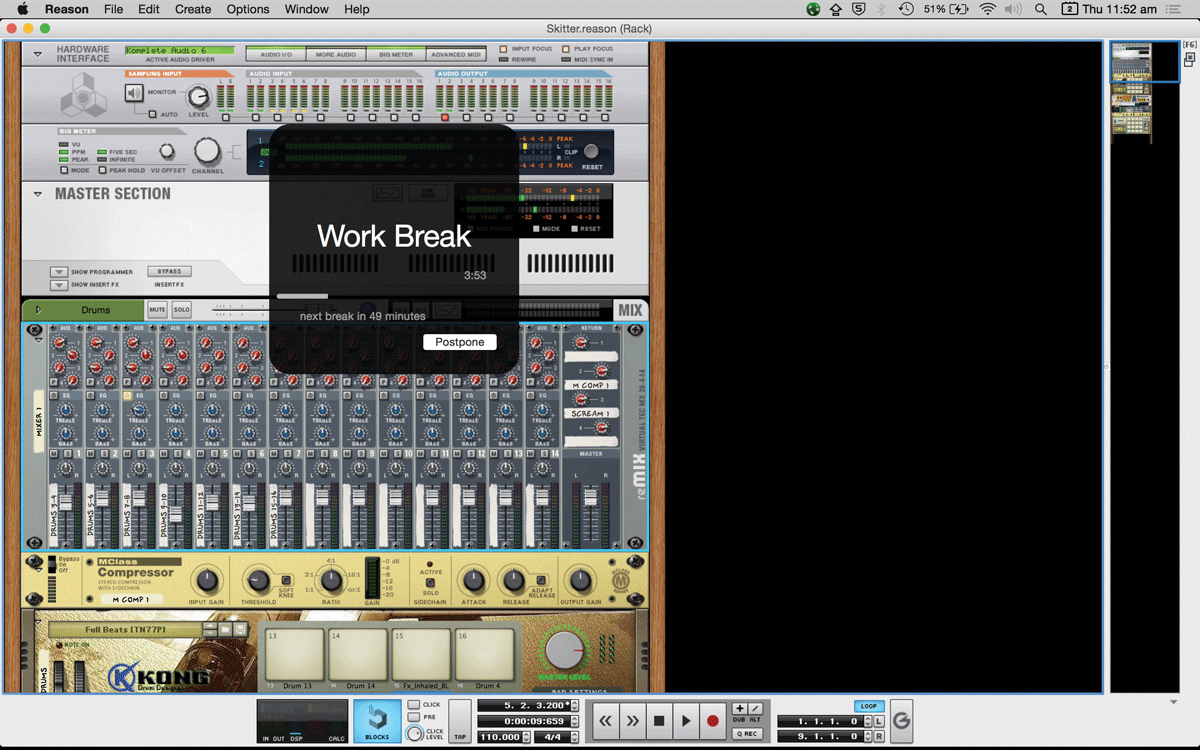 You want to know what the most important part of a Formula One car is? It’s not the accelerator, the tyres, or the millions of tiny buttons on the steering wheel. It’s the brakes. If a driver can’t slow down to take a corner, he’s never going to be able to win the race.

If a music-making session consists of sitting at a workstation without ever getting up, not only are you going to get exhausted, but your creativity will stagnate. If you want to make good decisions that will result in better tracks and mixes, do yourself a favour: get up and walk around. There are plenty of little apps that will remind you to do this; our favourite is AntiRSI, available online. 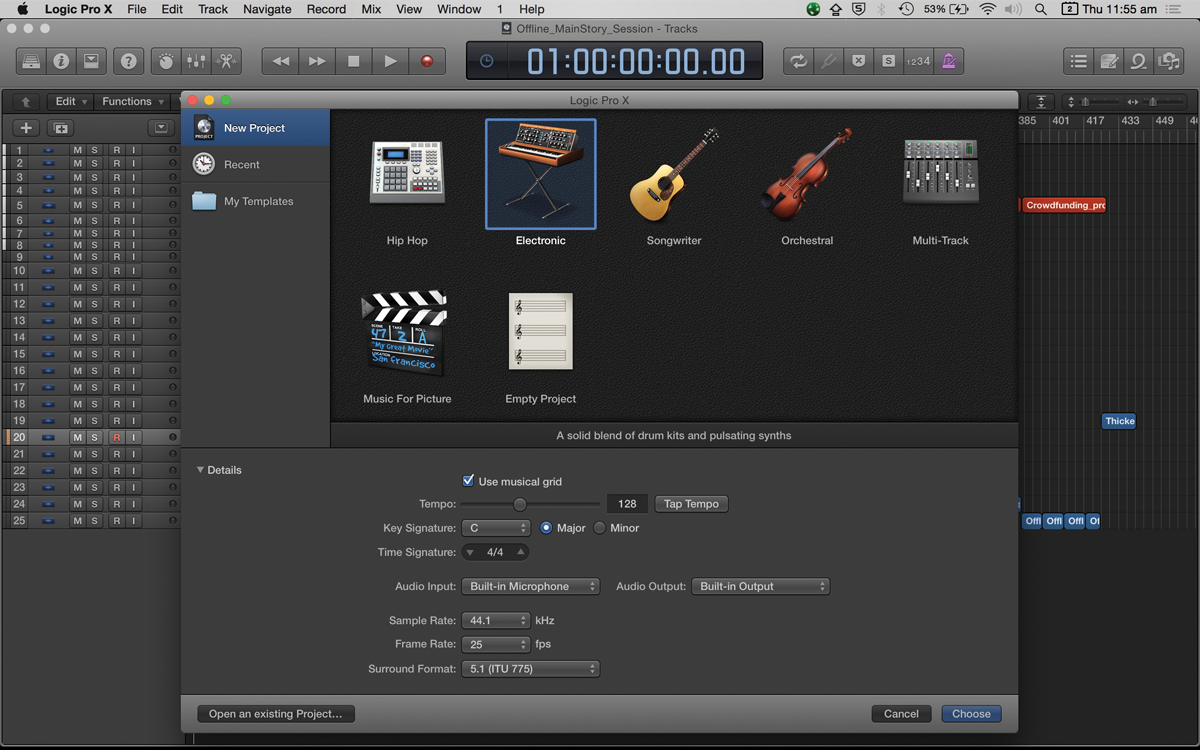 The goal with saving time is to actually use the seconds and minutes available to you to make music. The more time you spend setting up your workspace and getting everything exactly as you want it, the less time you’ll have to actually do your thing.

You can speed things up immeasurably by taking a little bit of time to create a bunch of templates for your DAW. That way, whenever you start a new session, you can simply load up the one you need and get straight into whatever it is you’re doing. You can have a template for MIDI recording, audio recording, mixing, mastering, or any combination of the above. 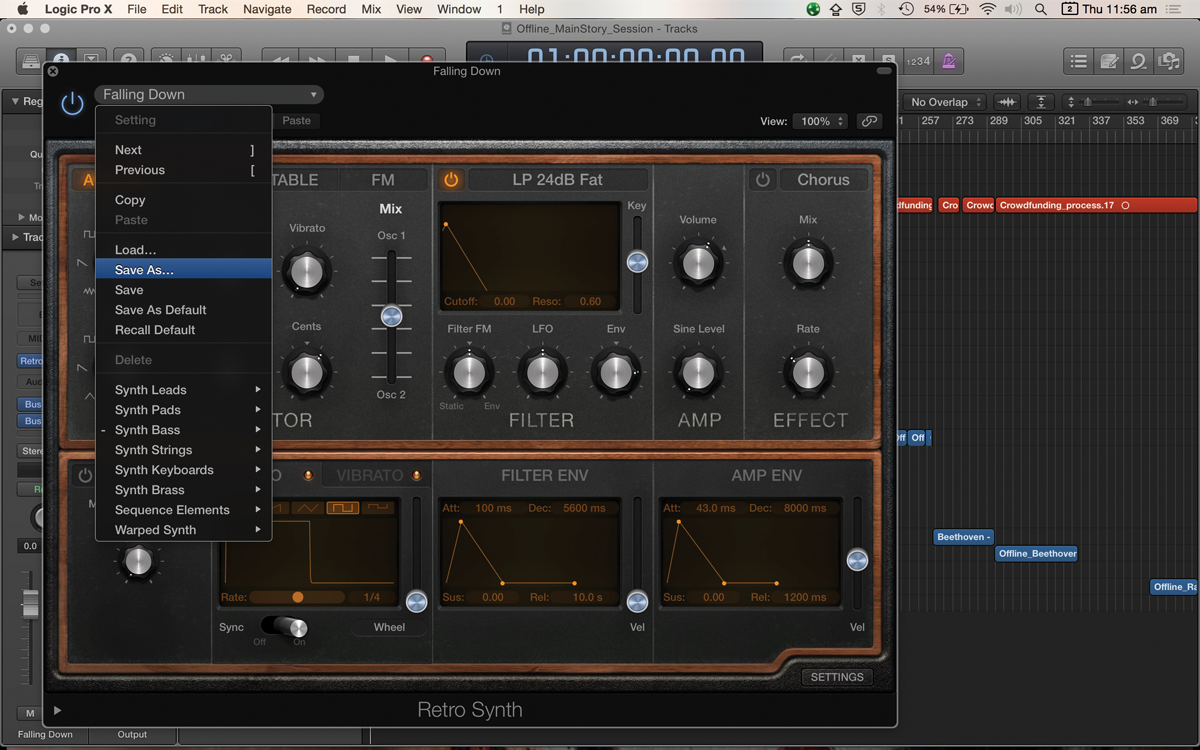 Presets get an unfair rep. A lot of hardcore producers look down their noses at them, insisting that everyone should always start from scratch on a given VST. Horsepucky. Of course, if you’re just relying on the in-built presets to make music, you’re going to come up with something stale.

But if you actually deploy them in a smart way – such as, for example, using them to save any cool sounds that you’ve made, along with their individual settings – then you’re winning. And almost everything in a DAW these days will have a preset function, from synths to mixers. This can save a staggering amount of time.

4: Get Feedback… But Only When You’re Done 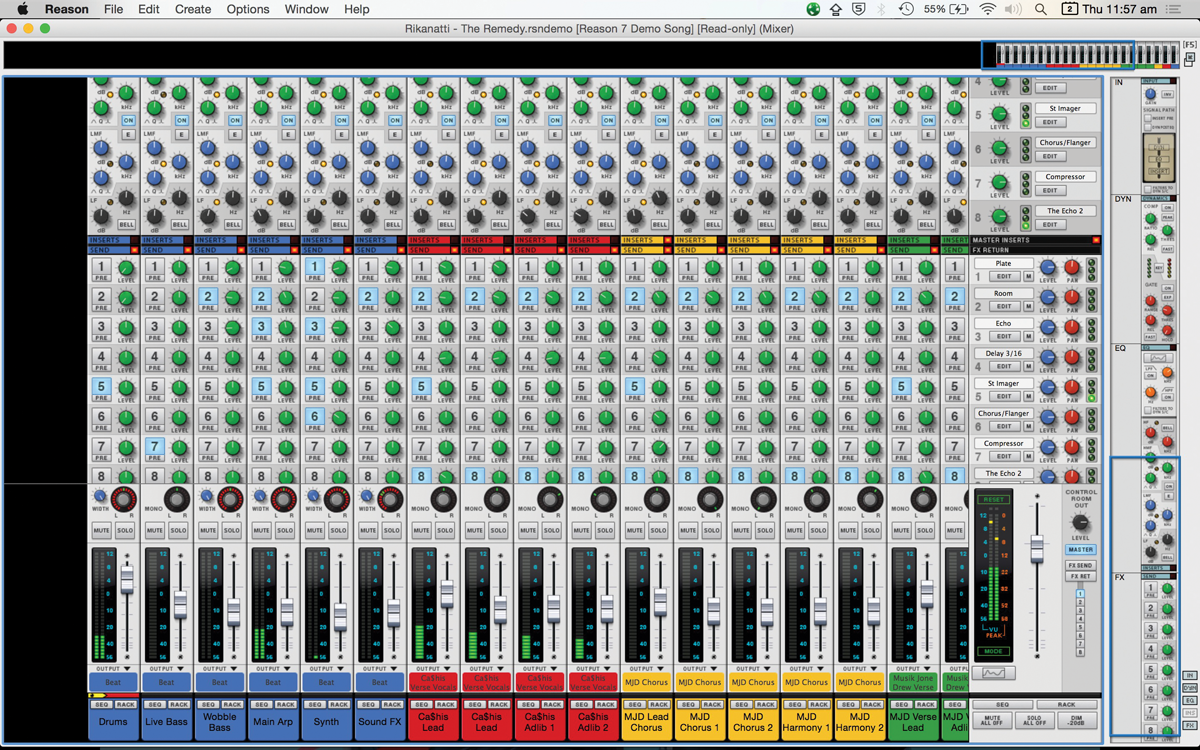 We know, we know. You’ve created the most incredible bassline known to man, the kind of noise that makes Skrillex want to take up golf. The first thing you want to do is share it with someone: a friend, your mum, the dog.

Don’t do it. Avoid the temptation. If you’re breaking the flow every few minutes to show something off, you’ll end up spending hours tweaking and modifying, and getting nothing done. Put together a full track, mix it properly (as in, to the best of your ability), and only then get feedback on it.

It sounds like such a simple thing, but by the time you’ve put the effort into the track, most of the little niggling problems will have resolved themselves. And let’s be honest: no one gives a monkey’s backside about a cool bassline unless there are some knocking drums to go with it. 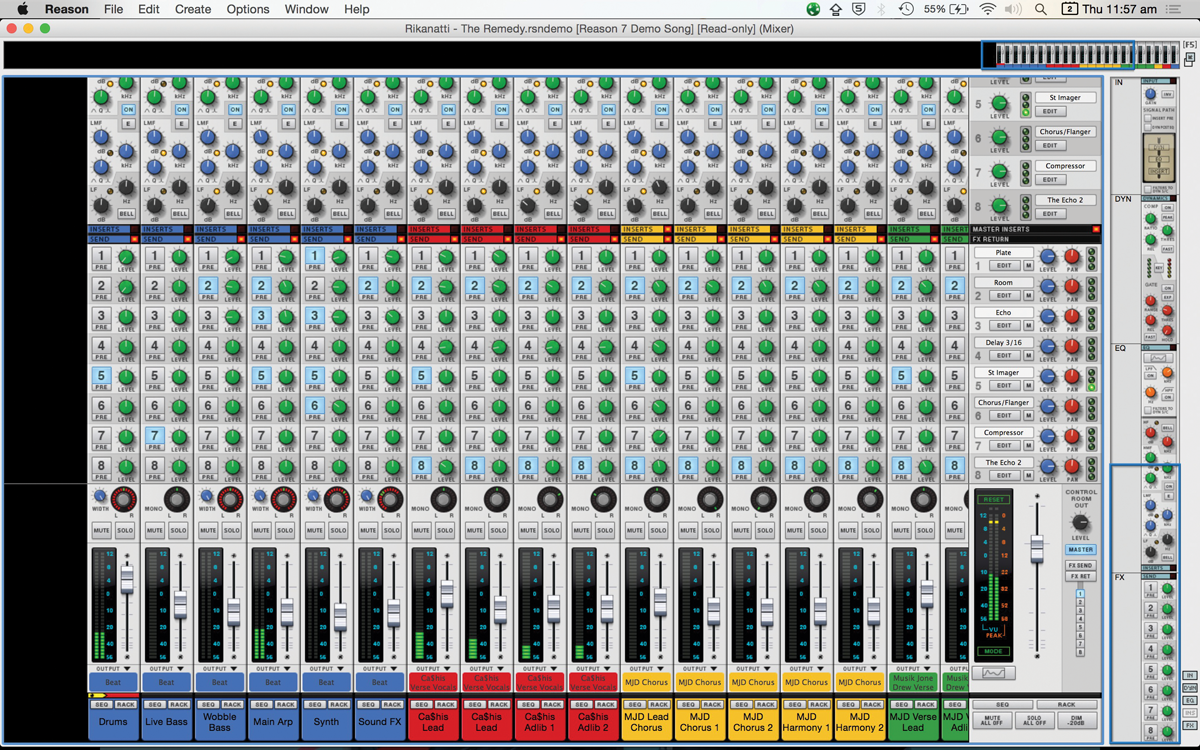 While were at it, we’ll say this: never leave a track unfinished. Finishing tracks will instil a level of discipline and dedication – yes, we know how that sounds – that will make focusing and creating a habit.

You’ll no longer have to spend a few minutes getting into the groove, because you’ll already be there. Unless you’re absolutely sure that it’s a pile of rubbish and is going to be no use to anyone (in which case, delete it) knuckle down and finish every single track you work on.

One of the greatest temptations when making music is to get bored with something halfway through and start something else, only to get bored with that project and go on to another one. If housebuilders did this, no one would have anywhere to live, and if producers did it, we’d have no decent music at all. Don’t be one of those people who abandon things halfw…

6: The Most Important Thing in The Studio? A pen… 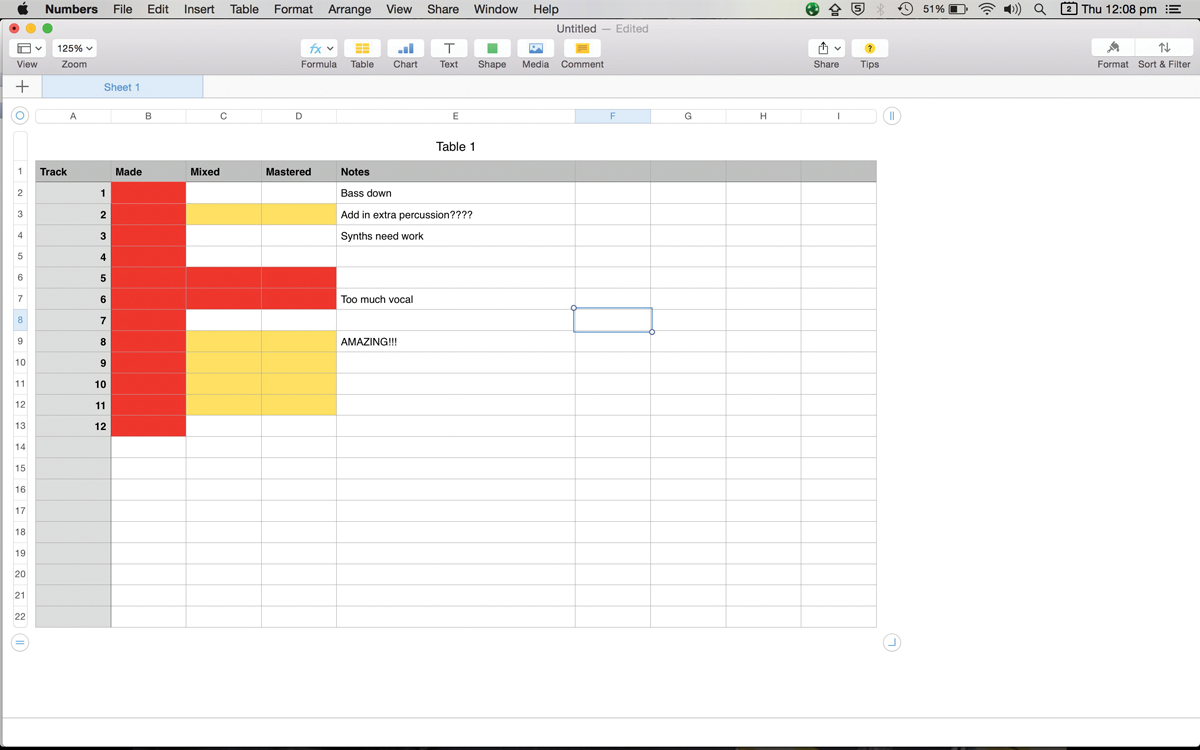 Music projects tend to quickly balloon. If you’ve got multiple tracks and multiple mixes on deck, it can start getting very confusing as to where things are and what stage they’re at. But introduce a pen and a pad of paper into the mix, and poof!

Suddenly, you’ll know exactly where things stand at all times. OK, we know that you probably don’t know how to use a pen, on account of absolutely everything being digital, but an Excel spreadsheet or a Word document will work just as well. If you want to go full nerd, an app such as Evernote or Things will help you keep track of what’s going on. Nothing gets you bogged down in the mud faster than trying to work out what’s happening in your project, so trust us on this.