It’s the second part of our collection of tips designed to maximise your computer’s performance. Read on… 11: Use Light Versions of Patches Some sample-based instruments have ‘light’ versions of patches that use less RAM to load. They may have fewer velocity layers, for example, but sound very similar to the ‘full fat’ versions. Similarly, […] 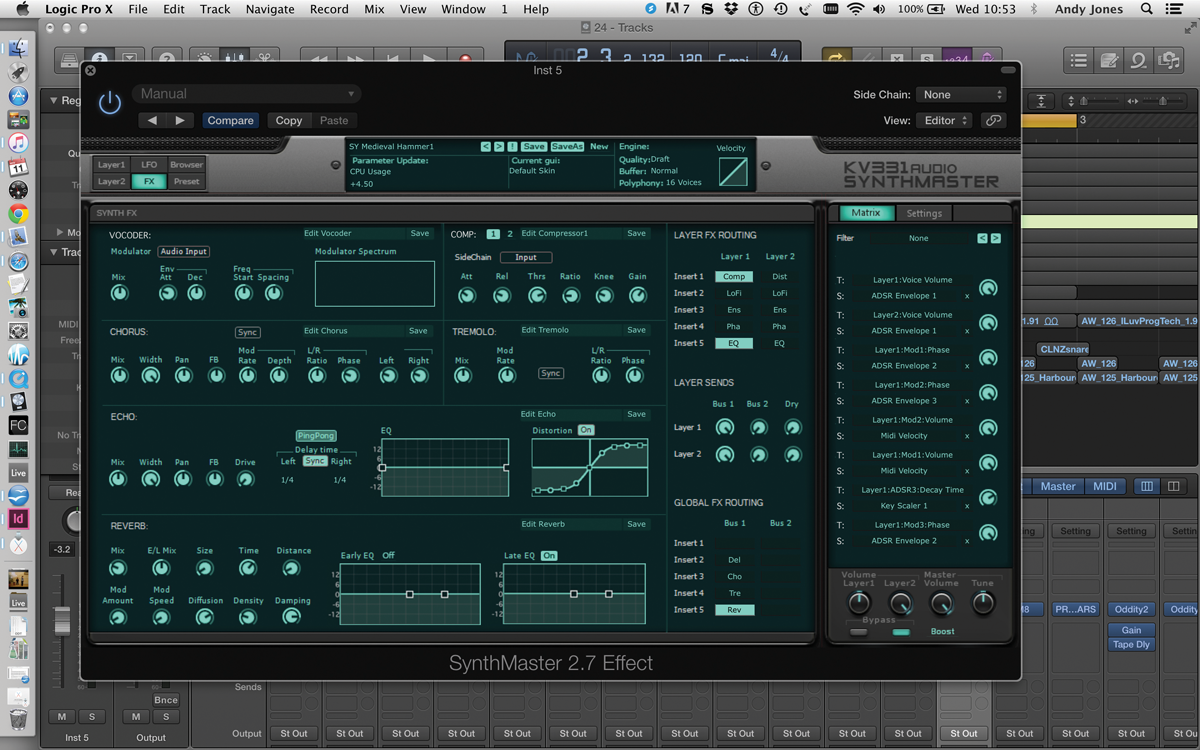 It’s the second part of our collection of tips designed to maximise your computer’s performance. Read on… 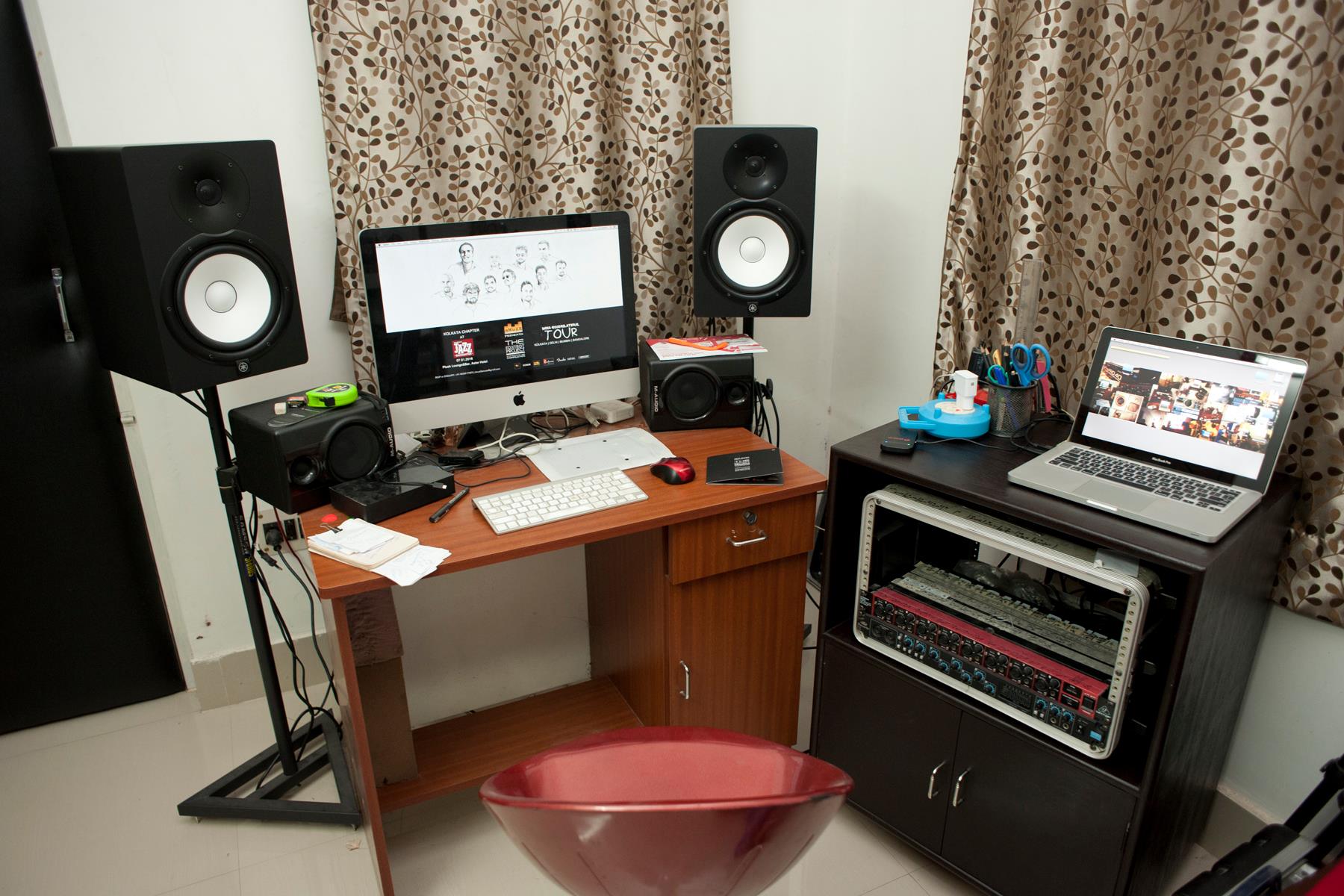 11: Use Light Versions of Patches

Some sample-based instruments have ‘light’ versions of patches that use less RAM to load. They may have fewer velocity layers, for example, but sound very similar to the ‘full fat’ versions. Similarly, some synths and effects have different quality settings, numbers of voices and so on,
and these can be switched in order to save power.

12: Be Realistic about When to Upgrade

Every computer will eventually become obsolete. At some point you’ll have to face the fact that your ten-year-old machine isn’t going to be able to run big DAW projects any more. If component upgrades aren’t a sensible option, bite the bullet and go for a new system, if you can afford it.

Although modern computers are very powerful, our expectations of what we should be able to achieve with them also rise constantly. Companies such as Universal Audio (www.uaudio.com) specialize in making specialized Digital Signal Processing (DSP) hardware add-ons for your computer which run high-end instruments and effect plug-ins independently of your CPU.

These enable you to run very high numbers of these specific plug-ins without placing any strain on your host system, which remains free to deal with running your system and DAW. DSP solutions aren’t usually cheap, but if you’re serious about audio production they can improve the headroom on your setup massively.

As a nice bonus, the plug-ins also tend to be extremely high quality and have found many high-profile fans around the world. There are fewer DSP companies around than there used to be but it’s still an interesting arena. 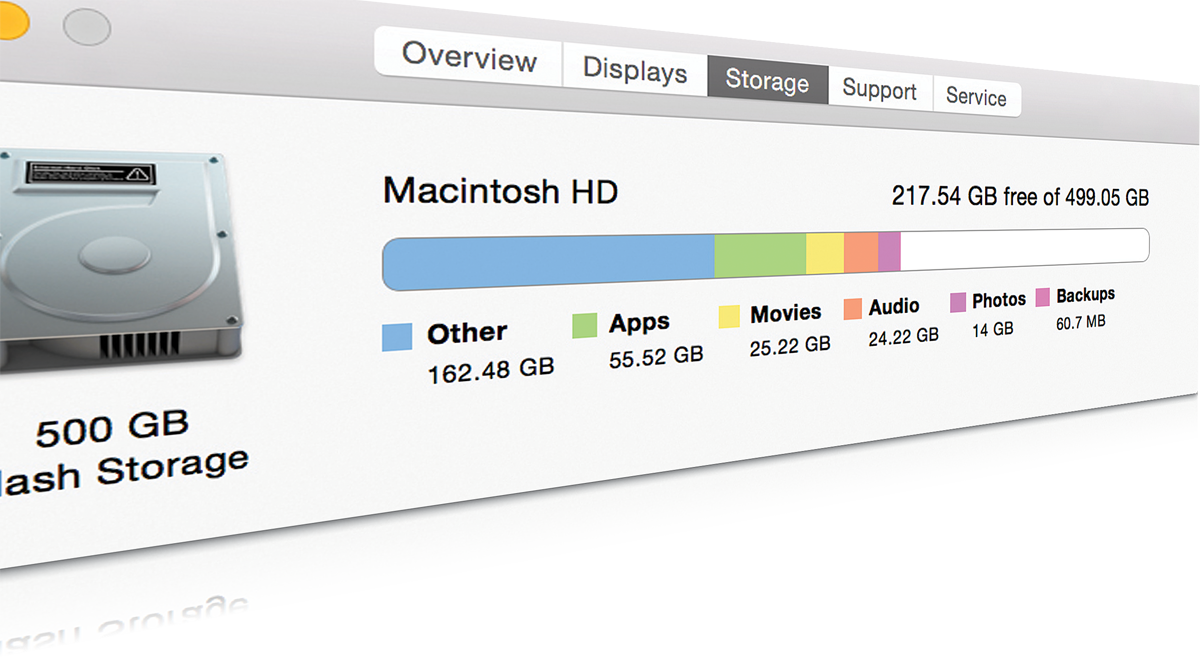 Some people have a somewhat lax approach to ‘housekeeping’ but it can be a real barrier to performance. Understand that a hard drive which is rammed to bursting with movies or an iTunes library means, when you’re tracking audio or loading instruments, your computer’s having to search for free space much more intensively than it would if you had, say, 40% of the drive space free.

This is much more of an issue with conventional spinning drives than with SSDs, which have a far faster seek time. A cluttered hard drive can also make simple tasks like browsing for files take much longer, and searches can be tedious, too, as lots of files appear which aren’t actually relevant.

It isn’t that you necessarily have to throw stuff away, but do offload things like movie collections, which use tons of space, onto an external USB or even wireless hard drive. Space on your boot drive is precious and you should treat it as such.

15: Track Rather than Synthesize 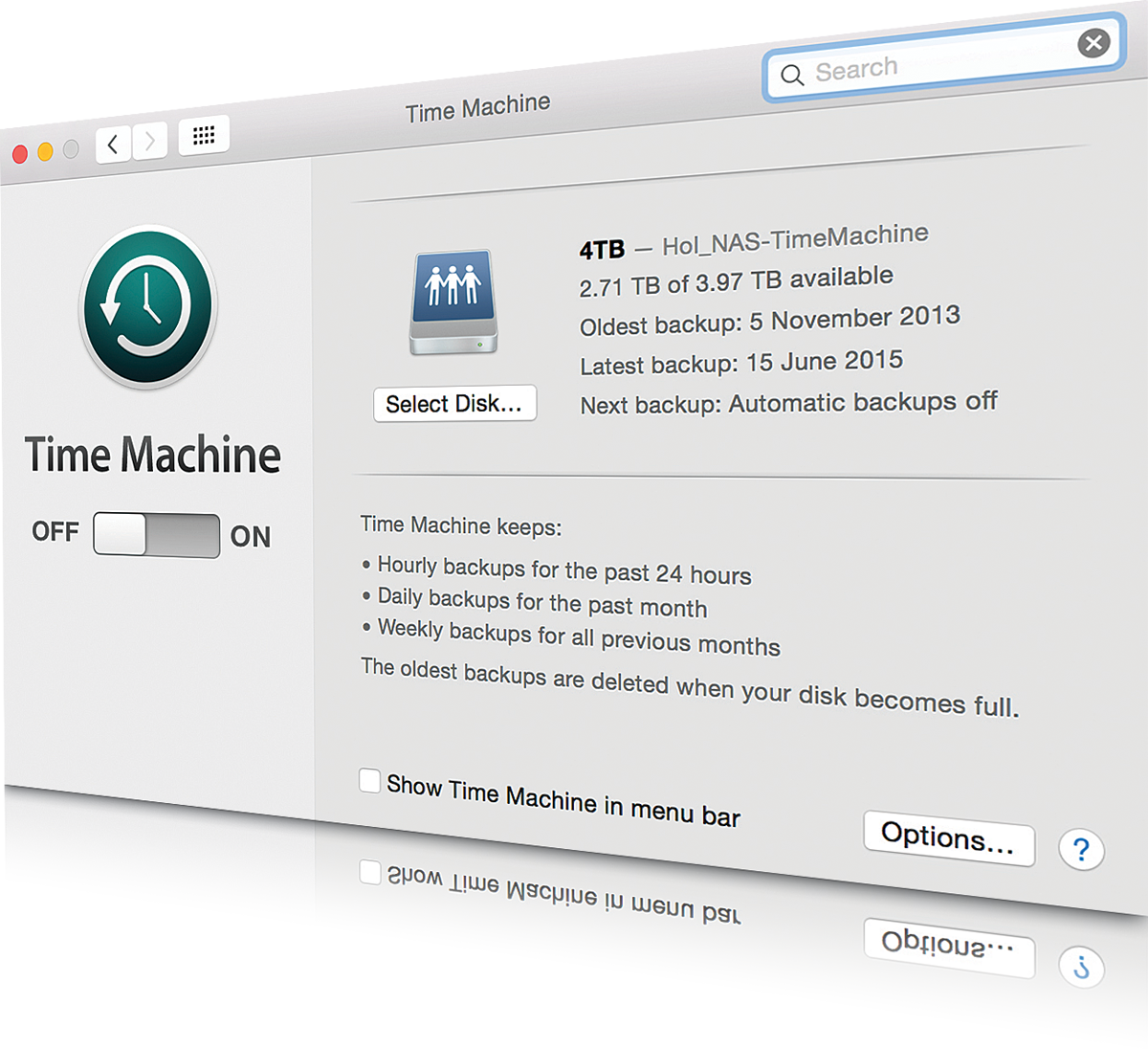 This one only really works if you have access to hardware but it’s worth mentioning nonetheless. Recording sounds as audio to your computer and playing them back uses far fewer system resources than generating them in realtime from a plug-in. For example, recording a line from a hardware synth as audio places much less strain on a CPU than generating it live.

Similarly, passing audio through hardware effects uses virtually no power, but processing a track using the equivalent plug-in certainly does.

A system that’s dealing with 24 tracks of audio is under much less stress than one that has 24 synth and delay plug-ins loaded. Realistically, you might end up mixing live tracks with processed ones, based on what you’ve got access to. Remember that freezing or bouncing down tracks also frees up system resources, by creating audio versions of virtual tracks.

Backing up your system is essential but it shouldn’t be kicking in when you’re in the middle of tracking drums. Tweak your backup schedule to only start outside of working hours, or set it to manual rather than automatic. This should stop system slowdowns occurring when you least need them.

Only do this if you’re confident you’re comfortable with it, but some PC systems can be ‘overclocked’ while remaining stable using freely available software hacks to increase the clock speed of the CPU. It can cause stability issues in some cases, though, so it may be one for the more techy user.

18: Optimise The System For Performance 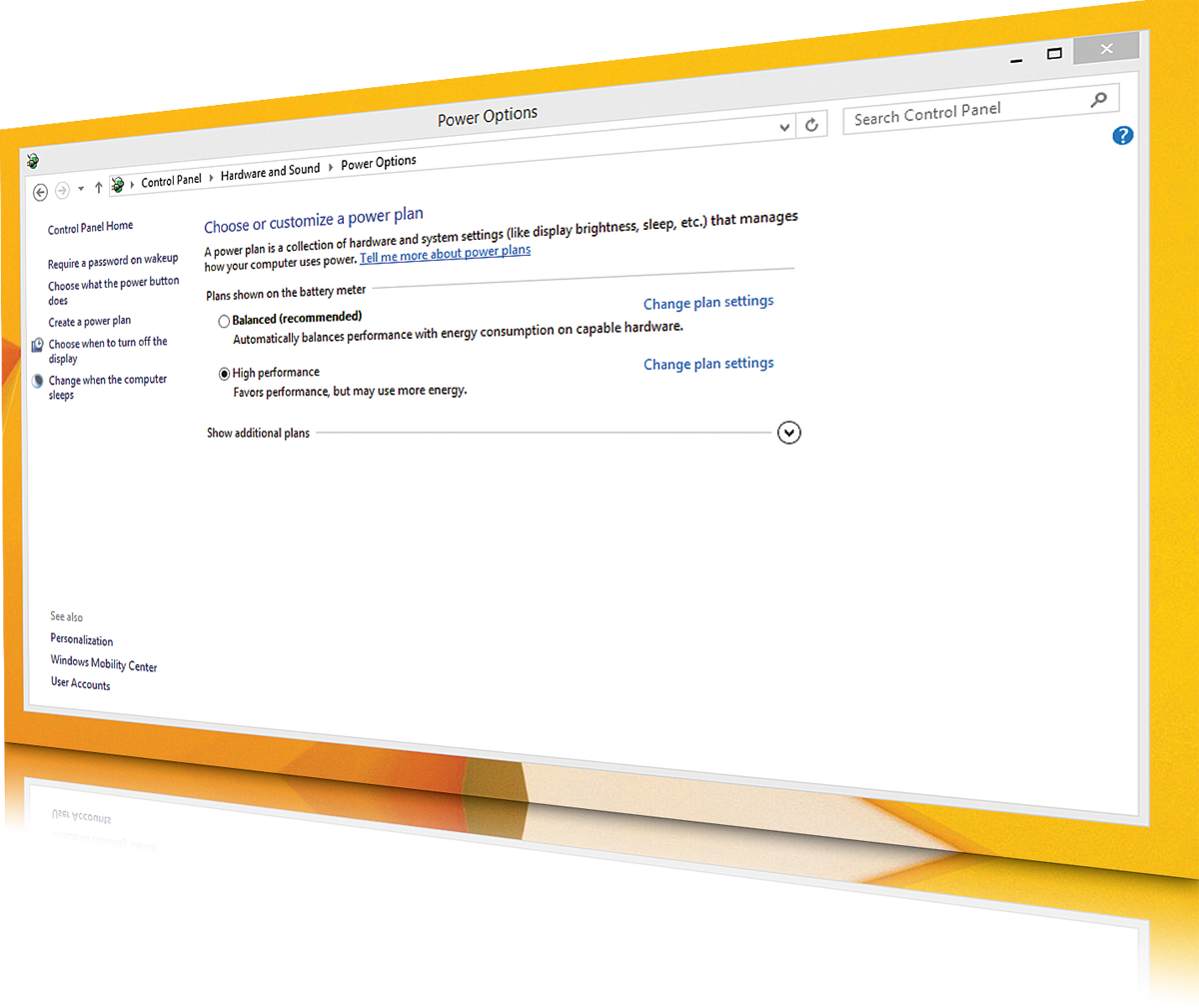 Mac OS X and Windows actually have options to help you prioritise performance over, say, battery life or energy saving, and these can be useful when you need all the grunt you can get for running plug-ins or ensuring low latency during tracking. In OS X, look in System Preferences > Energy Saver and turn off the “Put hard disks to sleep when possible” option.

Otherwise, OS X does most of its optimization automatically. Windows has more options and these are too numerous to list in detail here. Suffice to say, there are many online guides to optimizing Windows for performance, which include things like disabling animations and unwanted Windows Services, graphical flourishes and folder actions.

There are several places to look and find options for freeing up more of your PC’s resources for audio processing.

Having 20 things connected to your computer actually uses power, since each one has to talk to the system using a driver. Some peripherals also draw power from your machine. Cut it back to the bare minimum – an audio interface, MIDI device and maybe a dongle. Disconnect printers, scanners, webcams and the like. 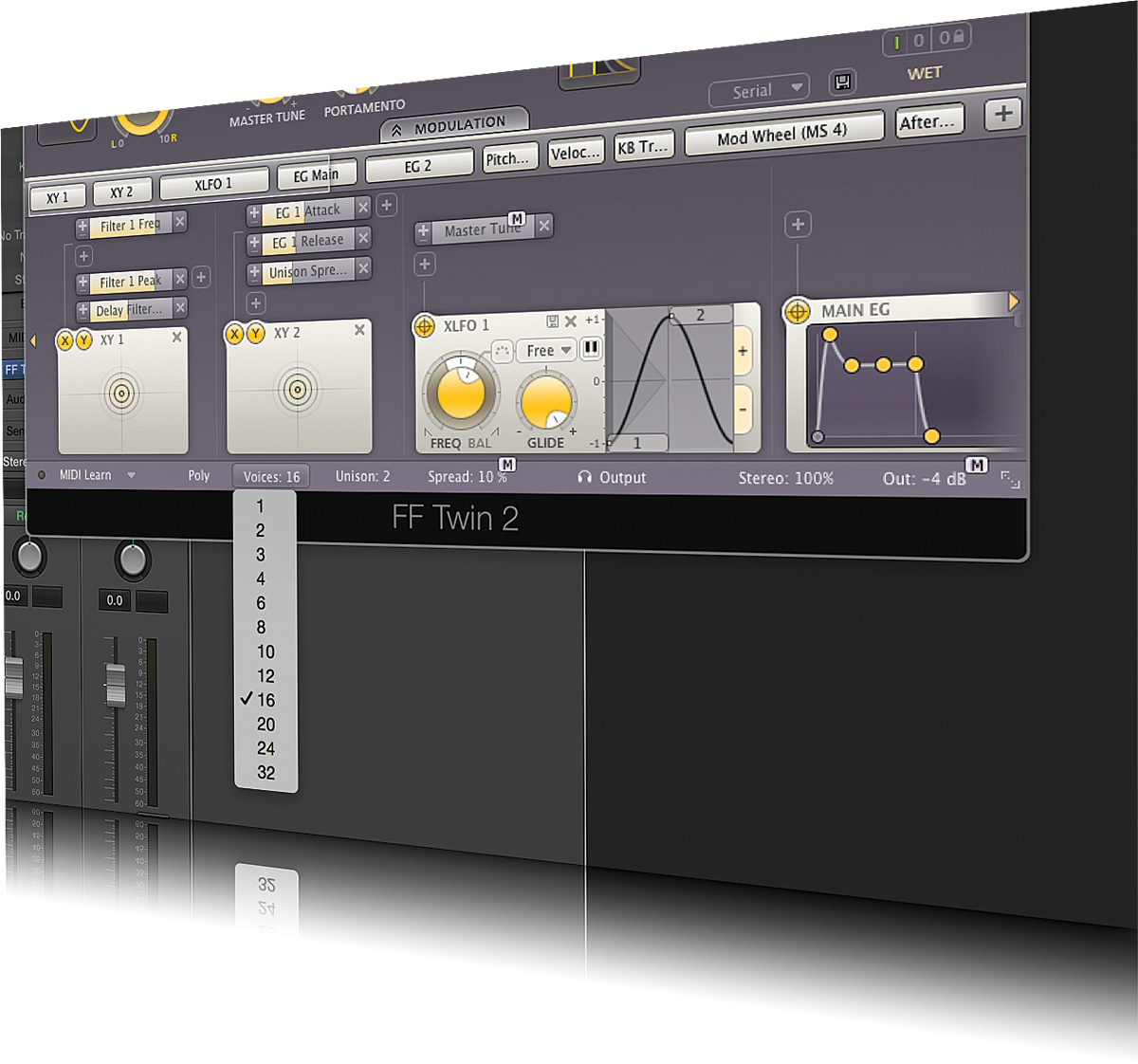 Software synths often have configurable voicing options. More voices means a richer sound but also increased CPU usage. If your machine is struggling, consider using fewer voices as a way to save resources. Alternatively, you can always freeze or render down a virtual part.