Is your computer struggling with your production needs? Are you about to buy a new one? Hold fire! There are some easy fixes to speed up your computer, so try these 10 before you buy… 1. Keep an eye on things The best way to keep tabs on how your computer is coping – or […]

Is your computer struggling with your production needs? Are you about to buy a new one? Hold fire! There are some easy fixes to speed up your computer, so try these 10 before you buy…

1. Keep an eye on things 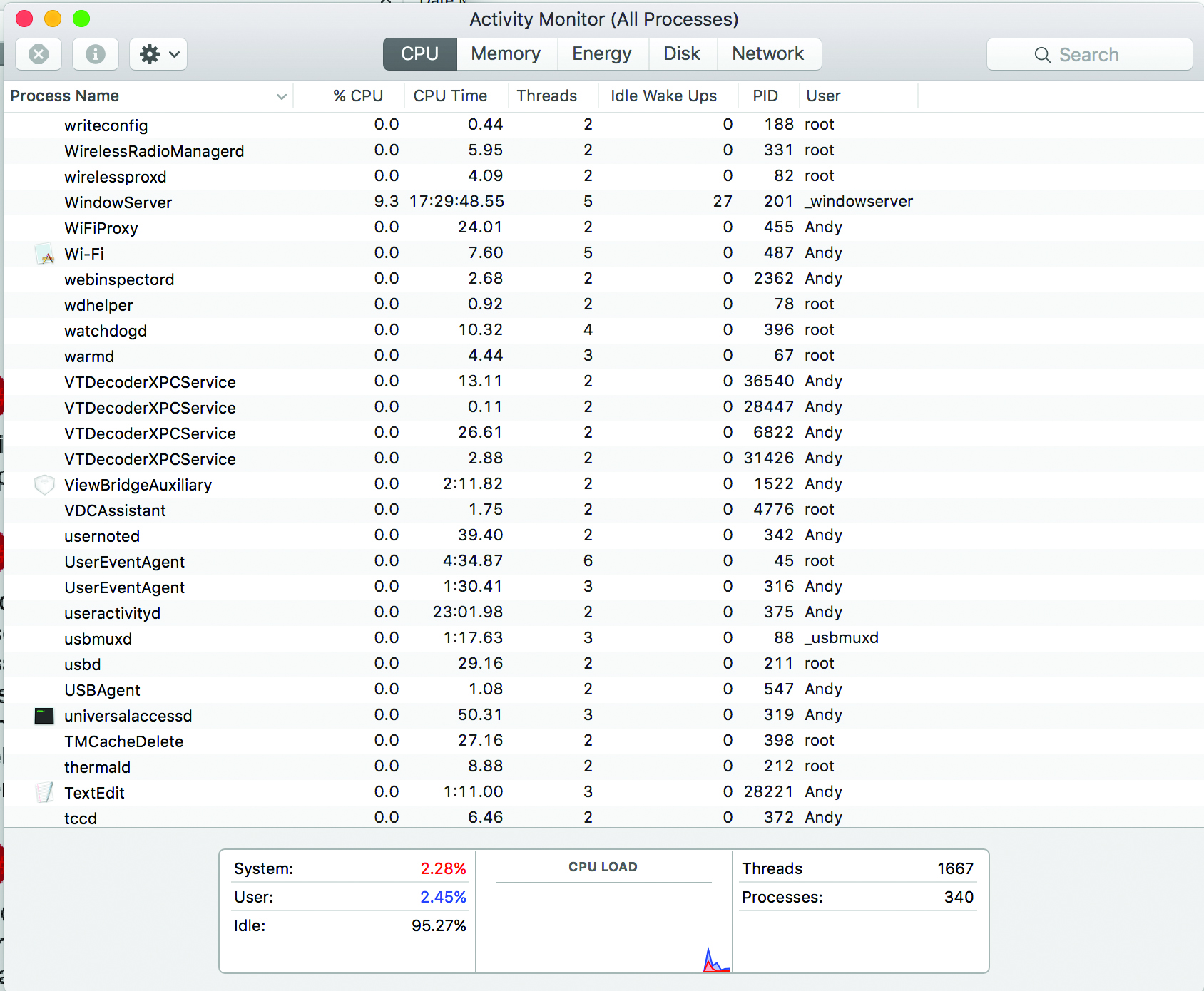 The best way to keep tabs on how your computer is coping – or not – with everything you are throwing at it, is to keep an eye on it, that is find out about everything that it is trying to do. PC users have had lots of system-monitor apps within Windows to choose from over the years, including Task Manager, Resource Monitor and Performance/System Monitor.

There are lots of third-party ones to choose from, too, including Rainmeter (an open-source tool from www.rainmeter.net), or moo0 System Monitor (free from www.moo0.com) an app that currently supports 43 kinds of information, including CPU, Memory, Network, and detailed HDD usages.

Mac heads should be happy with Activity Monitor, which really gets beneath the skin of what you are using and how, but there are also plenty of freebies out there, too, like X Resource Graph from www.gauchosoft.com. 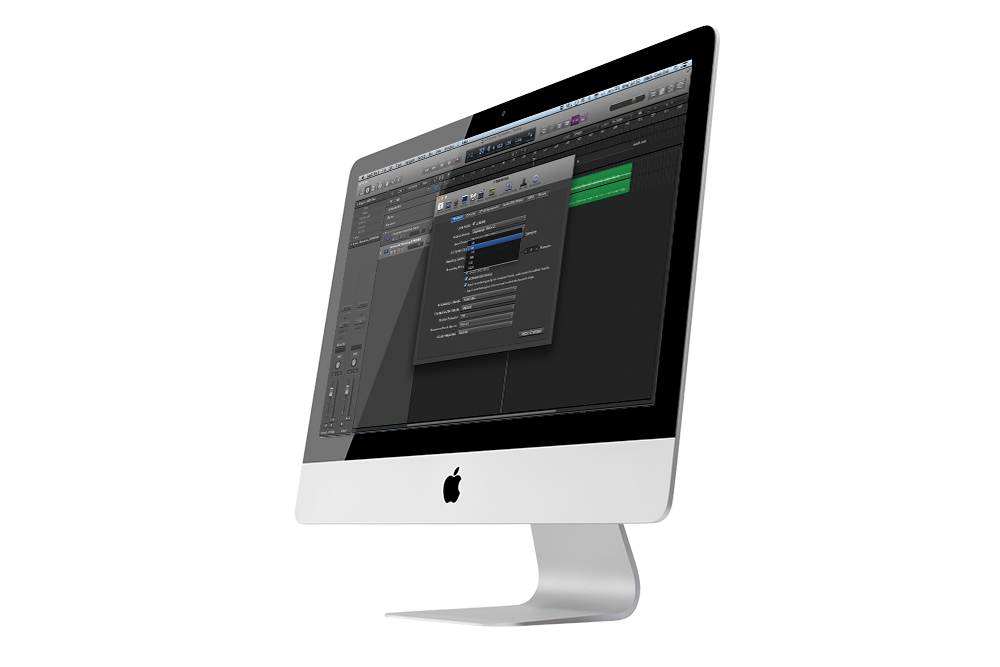 An easy one, this. If you have the option to run in high- performance mode, then take it. Laptop users might be stuck in a low-performance mode to save battery power, but for audio,
it can just slow things down too much. 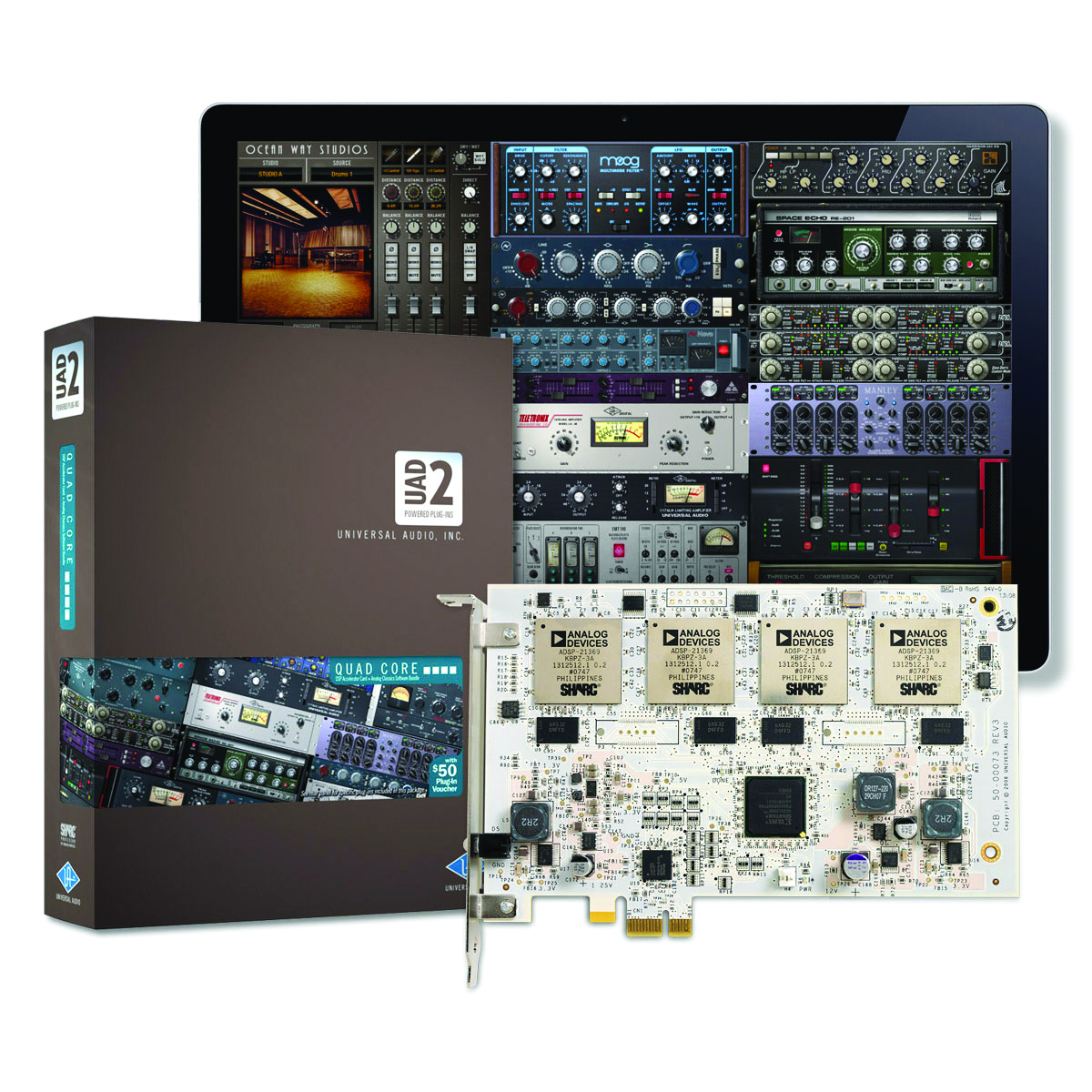 System clog. We’re all susceptible to it, especially when there are so many free or cheap plug-ins to download and install, plus all of those free samples given away each month by, er, MusicTech. You’ve got to install and upload them all, right? Wrong! Try and be a little choosy about what you keep on your hard drive and take some time to go through all of your programs, instruments and samples.

Do you really need them all? Delete as much as you can from all three (or store to an external drive, see later) and not only will it speed up your computer – you’ll have fewer apps and less data clogging it up – but your workflow will improve, too. How so? Well, less choice in terms of samples or plug-ins means faster decision-making and greater creativity. 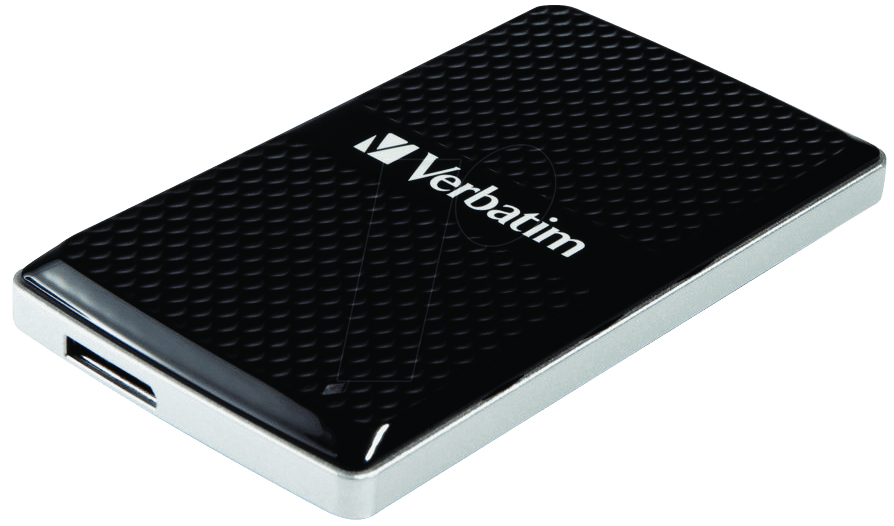 Going ‘external’ for extra power can be a speedy solution and another, cheaper external option is an additional hard drive. The benefits of getting one are that you can dump a load of stuff from your existing hard drive on to one, thus clearing up space on your system (see Tip 2 above).

Plus, if you get a fast-enough one, like a Solid State Drive, you can run your entire music setup from it. SSDs run quieter and faster, speeding up data access and latency, so especially good for music. They’re coming down in price, too: £150 to £200 should get you 512GB.

5. Shut down and lighten up 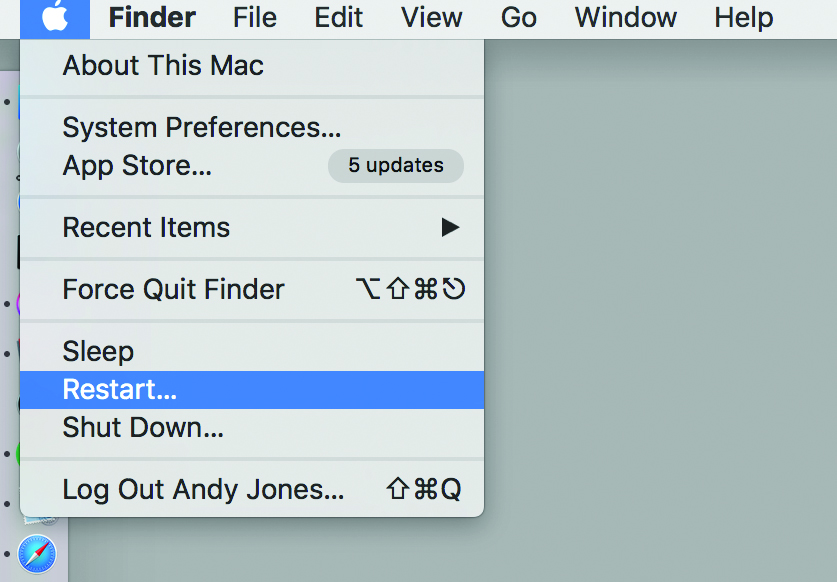 Check what you have running in the background of your machine. If you’re one of these people who merely puts your computer to sleep rather than fully shutting it down, you might have all sorts of stuff building up and in the background, so reboot and do it often.

Also, when you reboot, check what’s in your Startup Items folder, as you may not have addressed this list in a while. Not only does it slow your start-up time, the chances are, you don’t need that much of it running in the background anyway. In fact, clear the lot out, why don’t you?

Music producers have lots of stuff that processes and, quite often, it might be doing it without you realising. Complex soft synths can really load your processors, for example. The same applies to some effects, so an easy way to speed things up is to rip processing tracks to audio, so your computer isn’t being taxed with any real-time woes as your tune plays.

Some say using an external synth here also helps your processor load, but that’s kind of defeating the point of software. So check what is doing the work (and it’s still a good idea to sweep though your channels to see if any have any unused plug-ins installed) and rip to audio where you can.

We’d not normally recommend getting a service, as you can do a lot of stuff in this area yourself with a cursory bit of internet research, but once in a while, like a good car service, taking your computer in to get it looked at can be a good option. For example, we took a cheap MacBook Air in to get it looked at by a professional servicing company and £40 later, it was not only back in the land of the living, but running like a dream.

Yes, we could have done it ourselves (indeed), but how much time would that have taken and would we have been able to do as thorough a job? It’s doubtful. So don’t always be scared to get the pros in. While we’re on a servicing tip, our bonus bit of advice on the subject is to do a self service once in a while by installing some anti-virus software.

If it finds anything messing with your system, it could speed your computer up no end. There are too many titles to list in this article, but one company name that crops up time and time again in the ‘best of’ lists is Avast with its Antivirus Free product. 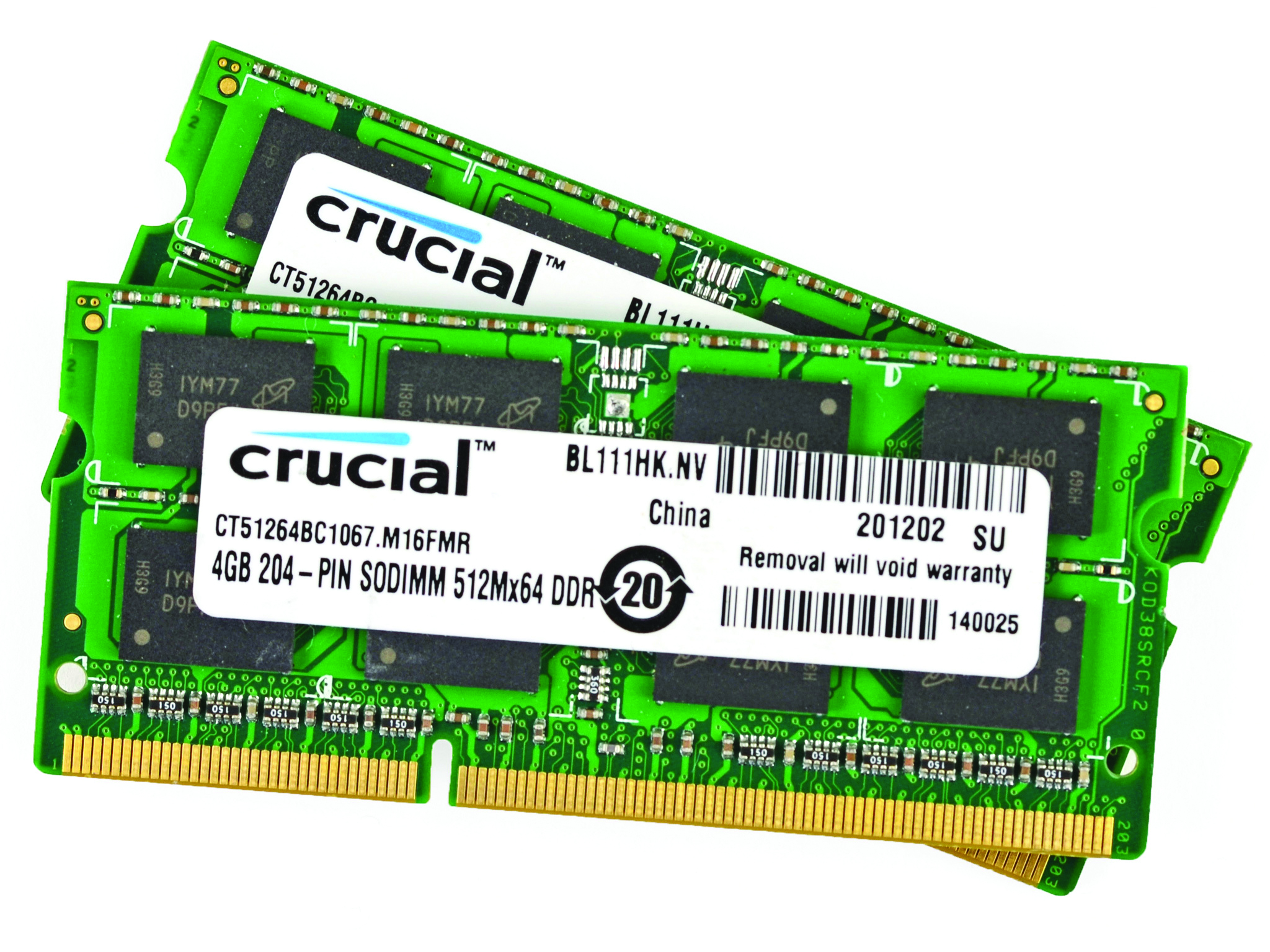 The easiest way to speed up your computer is to install more RAM. Increase that ceiling and your computer speed will increase way above your expectations. You’re giving your applications a chance to breathe and also giving your computer the opportunity to cool down. We recommend that 16GB RAM should be your minimum target for audio processing.

You can get third-party companies to upgrade to this for around £150 (£230 for 32GB), or you can do it yourself for around £100. Some computer owners – MacBook Pro and Air users, for example – will be stuck with what they have already pre-installed on their machines, so the lesson is to max out with the RAM you can afford when you buy your setup. It may seem counterintuitive, but opting for more RAM at the expense of processor power might be a more cost-effective exercise in the long run.

You may not have considered getting external DSP (Digital Signal Processing) involved for running audio applications, but sometimes, this is a more cost-effective way of bolstering an old computer’s speed – it can certainly be less costly than buying a new computer (certainly a new Mac, anyway!).

There are all sorts of extra bits of hardware you can bolt on to your existing setup, including PCIe cards from the likes of MOtU and RME that give you extra interfacing power, or hardware interfaces and DSP boxes from UA and cards from SSL that have processing power and plug-ins – thus lightening the load on your own processor.

10. Keep everything updated, most of the time

Of course, the general rule is to keep all of your applications up-to-date with the latest versions. Software updates iron out bugs and keep things as speedy as possible. However, there’s a bit of a debate going on about whether you should keep operating systems updated, too.

Users of older machines have struggled with some updates and found some OS updates slowed their machines down! So find out what users are saying about your machine regarding the right operating system. There’s a lot of advice out there for specific models and specs. Generally, we’d advise to keep up-to-date with everything.

Still struggling to speed up your computer? Try out our 20 computer performance tips