10 Tips from the Pros on Composing for TV

Ever wanted to compose music for a TV show? We’ve rounded up some of the biggest names in the business to sound them out for their words of wisdom. We have composers who have themed everything from Bones and Homeland to Fargo and Altered Carbon. Read on for some sage soundtrack advice… 1. Create your […]

Ever wanted to compose music for a TV show? We’ve rounded up some of the biggest names in the business to sound them out for their words of wisdom. We have composers who have themed everything from Bones and Homeland to Fargo and Altered Carbon. Read on for some sage soundtrack advice…

1. Create your own sound 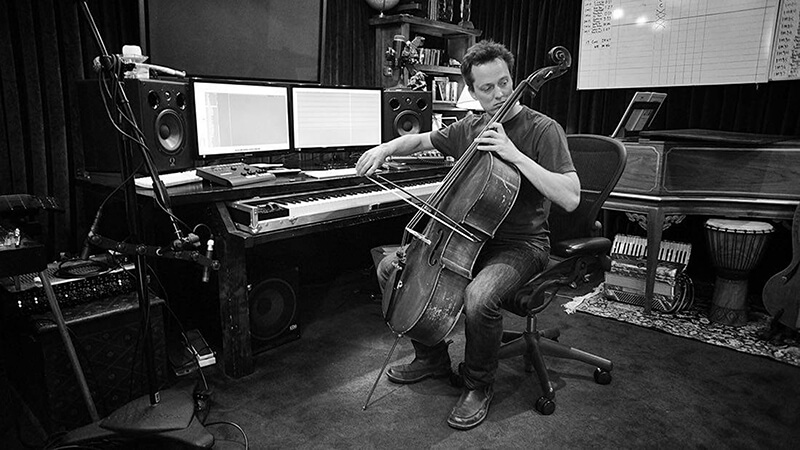 Nathan Barr has scored HBO’s Emmy-winning True Blood, The Americans and Netflix’s Hemlock Grove. He advocates finding your own sound…

“Take the time you need to find your own voice as a composer. Samples are great, but they can be as limiting as they are useful. It’s easy to rely on sample libraries, but they can divert you from finding a unique sound. Rather than thinking in terms of what plug-ins other composers are using, try experimenting with the resources you have on hand. Personally, I do this by recording a lot of live instruments myself, and the less familiar I am with the instrument, the better. This approach leads to interesting textures, experimentation and happy melodic and harmonic accidents that I wouldn’t have been able to arrive to with samples.” 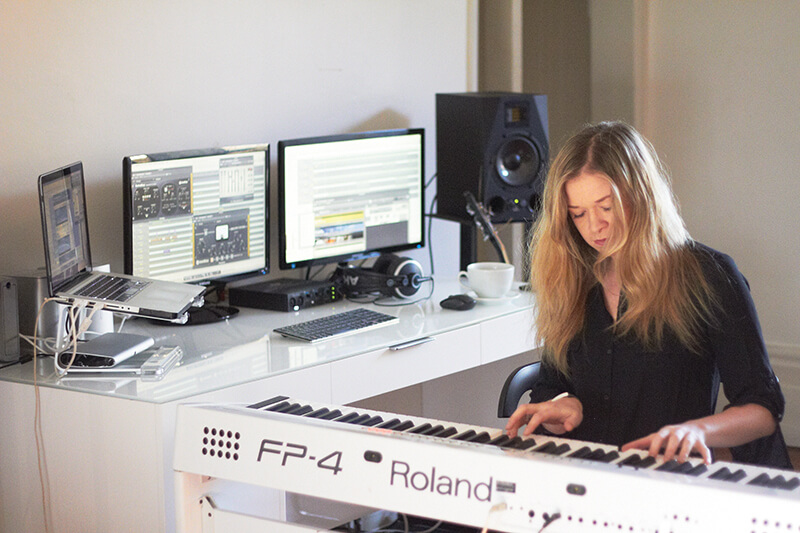 Aisling Brouwer has composed for films and TV shows including The Apprentice and The Big Allotment Challenge. She suggests that you don’t always have to be alone in composing:

“I’ve come to learn the value of collaborating with other musicians and composers. For so long I thought composing for TV was a solitary game, but it doesn’t have to be. Not only does it lighten the workload and double your resources, but it also gives the score an opportunity to breath and grow thanks to the fresh perspective another person can offer.”

“Composing is all about state of mind. Setting a mood or mindset is important. Mostly, it’s about finding the emotional core of the scene, character or entire narrative that inspires the music. Then a sound, simple melody or chord progression can inspire as well.

“I let these inspirations guide me. In TV there isn’t a lot of time, so my first idea is usually the only idea – until there are notes, and there are always notes! When nothing inspires me, it’s time for a good walk. Having a good strong coffee helps a lot too.” 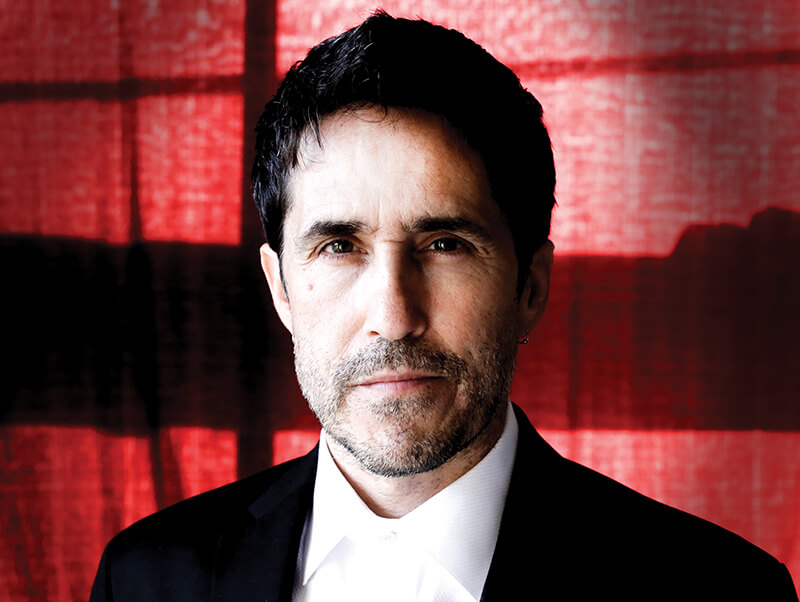 We love the fact that Emmy Award winner Mac Quayle (Mr. Robot, American Crime Story) advises doing something that many of us do: throw some ideas at the wall and see what sticks.

“I always try and create something perfect right from the start. Unfortunately, this rarely works well for me. Instead, I’ll throw a bunch of ideas against the wall and that’s when the magic really happens.

“I quickly find a sound I like, improvise a chord progression and melody against the scene I am working on, and then repeat this process several times to build an arrangement. It is usually very sloppy, filled with wrong notes and crazy ideas, but there might be something worth developing. I will leave it alone for a few hours and then listen again later. If I like it with fresh ears, then I will edit and arrange it until I think it’s perfect or until time runs out.”

Jim Dooley (The Last Ship, A Series of Unfortunate Events) suggests creating a specific set of sounds for every project.

“When I began scoring A Series of Unfortunate Events, the first step was to create new colours specific to the show. I recorded bass flapamba, stone marimba, tuned anvils, guittarón and amphibiophones (real tortoise shells that are different pitches based on the size). When you begin a show with a new sonic palette you walk an unbeaten path that leads you to unique places.”

Aisling Brouwer on the current trend of letting sounds within scores breathe: “Some of my favourite soundtracks of the last few years are very minimalist, raw scores, where the composer has had the bravery to let each instrument speak for itself. To me, what really resonates and evokes emotion is a sense of it being ‘human’, of having a soul.

“Don’t add that extra instrument until you are certain of its added value. Don’t add that extra layer of compression. Don’t quantise. Don’t correct that slightly out of time note, or flatten the dynamics that were played in with feeling. Let it sound alive and real.”

7. Treat every gig like it’s your first (and your last) 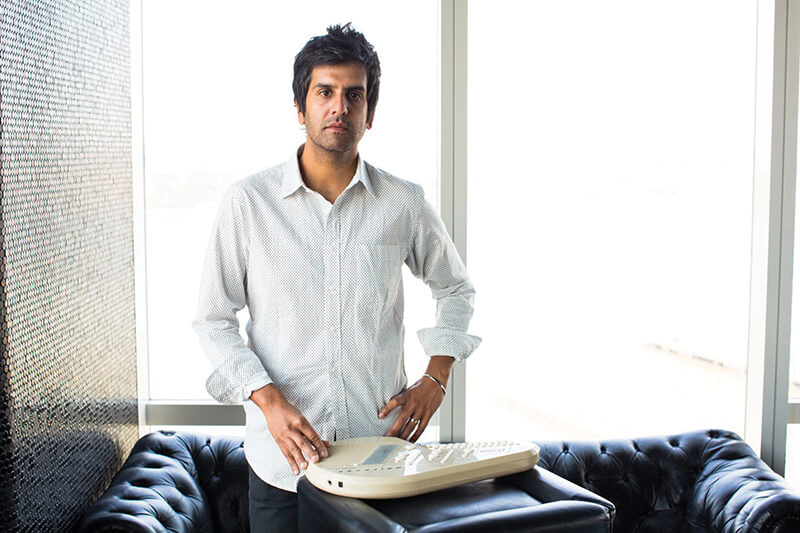 Siddhartha Khosla (This Is Us) has some good advice – keep it fresh.

“You want the people who hired you to feel your enthusiasm for their projects. Bring the excitement you had when you landed your very first gig, whether it was scoring a film or a live performance, and always go above and beyond. Treat it like it’s your last project by making sure you’re personally proud of the work and stand by every note and sound of that score.”

8. Keep an eye on the story

Geoff Zanelli (The Pacific, Into the West) thinks that the music maker is also the storyteller.

“Your name may show up in the credits next to ‘Music by’ or ‘Composer’ but really it ought to say ‘Storytelling Assistant’. That’s what you’re there for, so keep an eye on the story arc from week to week and plan ahead for it.

“When I was scoring The Pacific, I had the luxury of being able to watch all 10 hours before I wrote a note, but story outlines or conversations with the filmmakers can get you there, too. I thought of The Pacific as a movie followed by nine sequels rather than a series, and from my own viewing I always appreciate when the music is thoughtfully planned out as the show takes its course. It’s architecture in that sense, and the long view is often way more important than individual cues.” 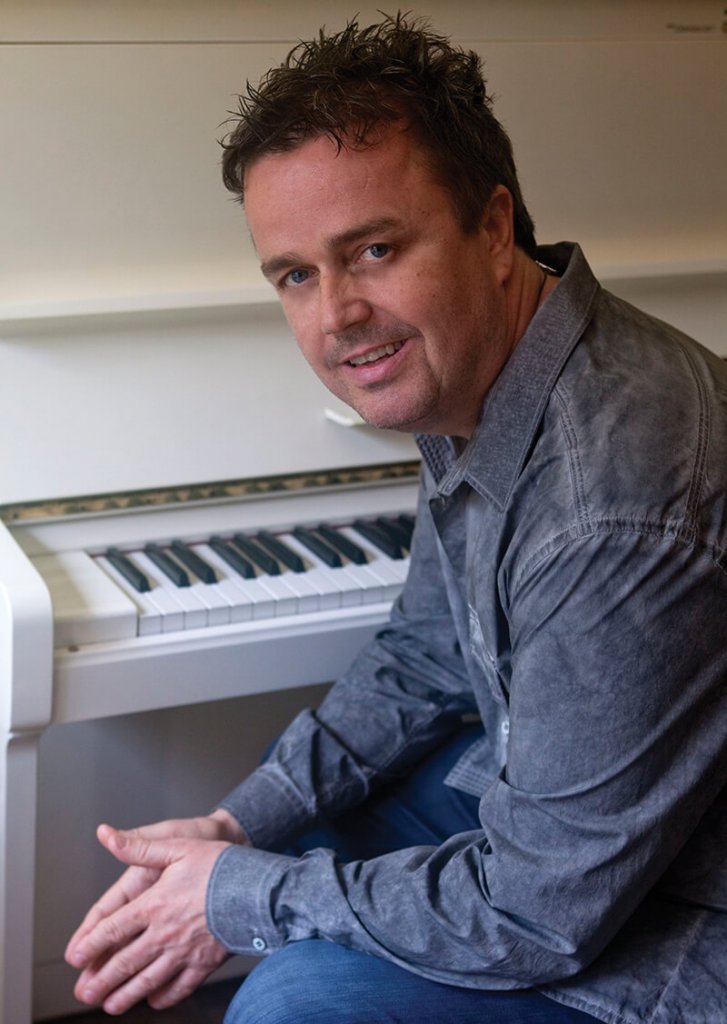 “Learning to trust oneself is part of the journey. Over time you develop greater trust and gentleness with yourself, which opens you to even more creative possibilities. Perhaps you felt a powerful emotion, heard the tendrils of a melody or sound, or maybe a single word crossed your mind. Then your musical training and skill set help you explore these impulses. You then intuitively nurture the things that work for you and discard the things that do not.”

The last and perhaps most controversial is another one from Jim Dooley: lose your computer…

“I find writing away from the computer is the best way to work on themes. There are less distractions and sometimes you can see possibilities in a melody when it’s written down that you might not otherwise. So I sit at a piano with a score.” Yes, it’s an old school approach, but Dooley has won an Emmy. The man knows what he’s talking about!