Speakers that light up, guitars with touchscreens, and beat-making clip machines – it can only be the gear that defies categorisation. Here, we round up some of the coolest, best looking and sometimes strangest gadgets out there… Numark Lightwave Before you say we’ll include anything with decent lights, no we won’t. But when you attach […] 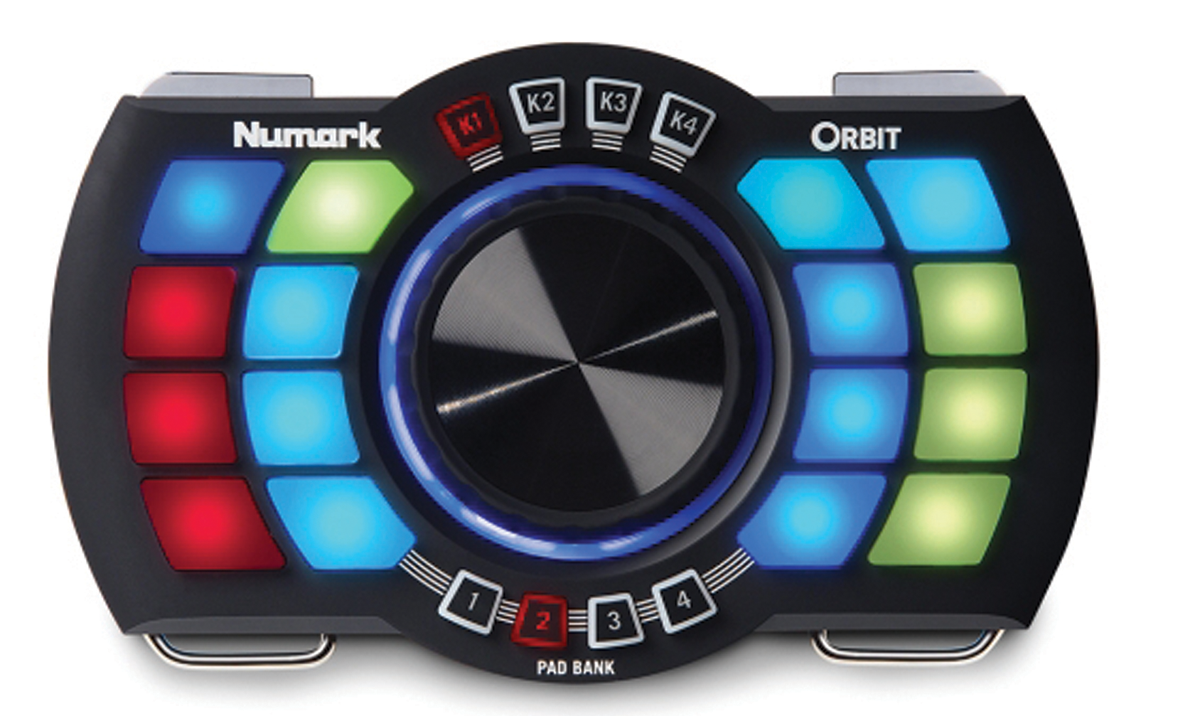 Speakers that light up, guitars with touchscreens, and beat-making clip machines – it can only be the gear that defies categorisation. Here, we round up some of the coolest, best looking and sometimes strangest gadgets out there… 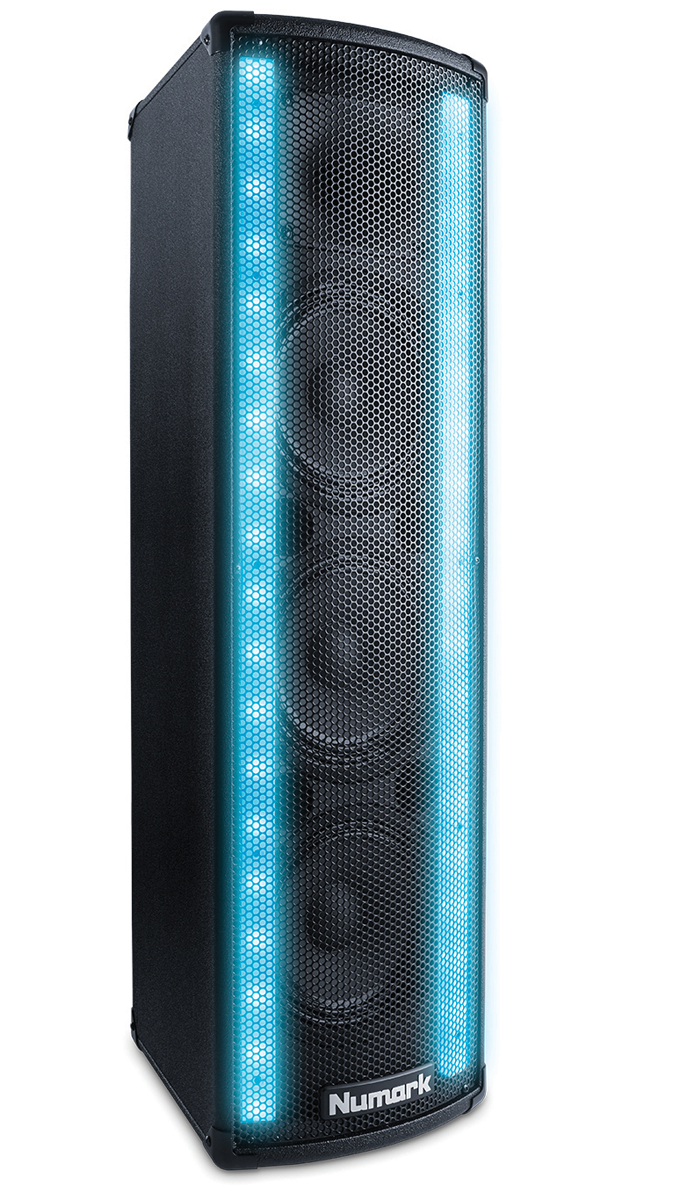 Before you say we’ll include anything with decent lights, no we won’t. But when you attach them to a pair of ruddy great big speakers that sound good and rock along with whatever you are listening to and mixing, then what’s not to like? Numark’s Lightwave speakers have literally lit up our studio this year, packing a volume easily good enough for a house party at half level and more than capable of holding their own outside on a medium scale. The sound is clear, too, with little distortion at high levels.

We tried plugging in everything from phones and laptops to keyboards, and were pretty impressed with the results. And the lights even more so, as you get several patterns and can choose the colours and brightness of each or have rotating ones.

The Meter option is the best, exhibiting the meters of a mixer, bouncing along with your music – but that might be the inner music production geek in us trying to get out. OK, these aren’t mixing monitors really (although do play your mixes on them for comparison), and they’re not to be taken too seriously, but they’re solid, sound good and will add a bit of colour to your (probably already colourful) setup.

Martin Delaney said in his review: “There’s a lot of visual feedback – each key has an icon and a text label on a coloured background – the colours are grouped according to the type of function they represent, which is a good idea. During the review period, I discovered that this keyboard divides Live users into two camps: namely, ‘I don’t need this!’, and ‘Wow, this is awesome!’, so I understand there’s an audience for this.

There’s a big cool factor that’ll sway a lot of people; having a backlit-dedicated Ableton Live keyboard will impress your Live-lovin’ friends. If you’re one of the many Live users excited by this idea, you won’t be disappointed!” We can’t wait for the Logic version. Watch this space… 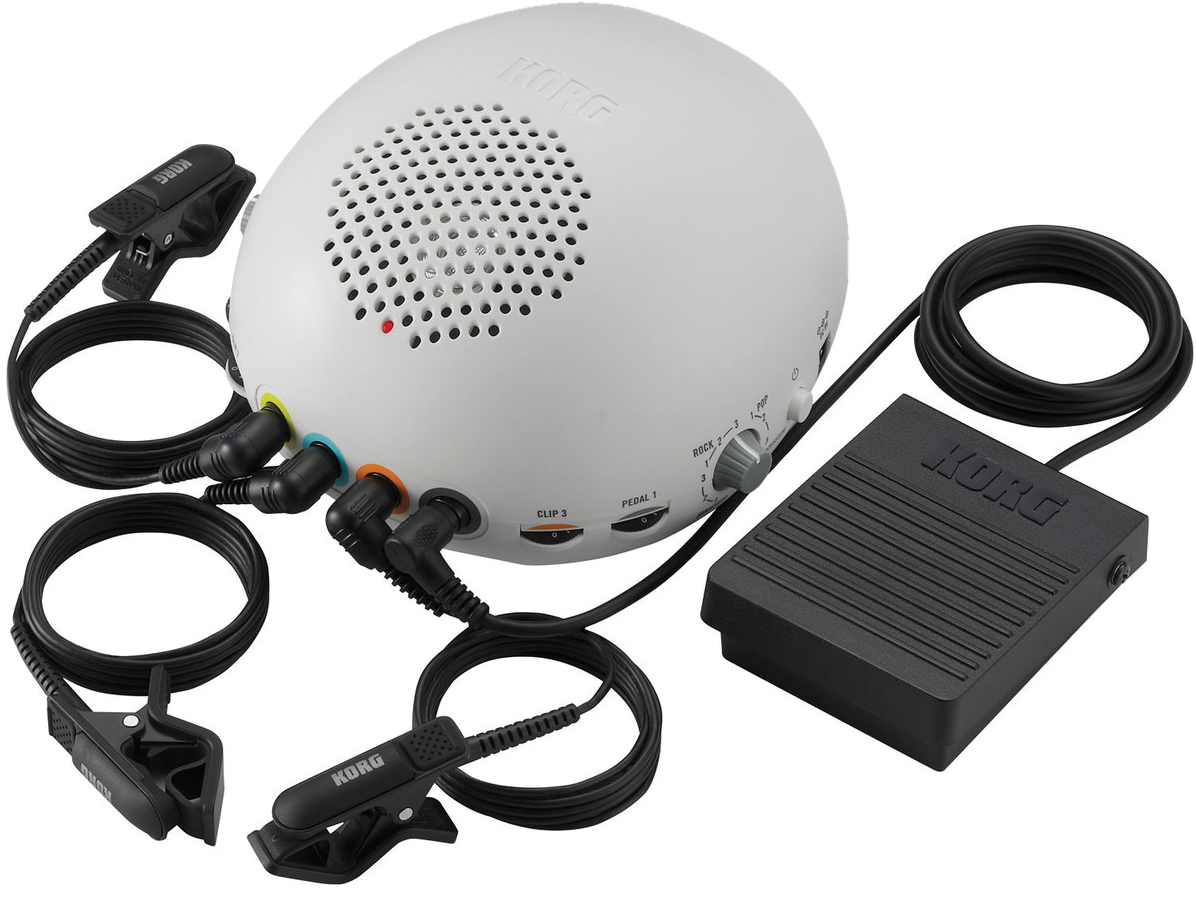 It looks like a large egg, but you take the three clips that attach to this Korg percussion gadget – plus a footswitch – and attach them to any beatable surface (think table top, item of clothing and so on).

Striking that surface then triggers one of the onboard sounds for instant beats and jamming mayhem. The speaker and resulting sound isn’t going to win too many pro-quality awards, but the Cliphit is easy to use, great to practise or busk with and tremendous fun. “The kits are good enough, ranging from standard, through rock and pop,” we said. “It’s another great curveball from Korg.

We love the idea, and we love Korg for coming up with this leftfield gear. It’s the ideal device to unleash your finger and toe beats.” 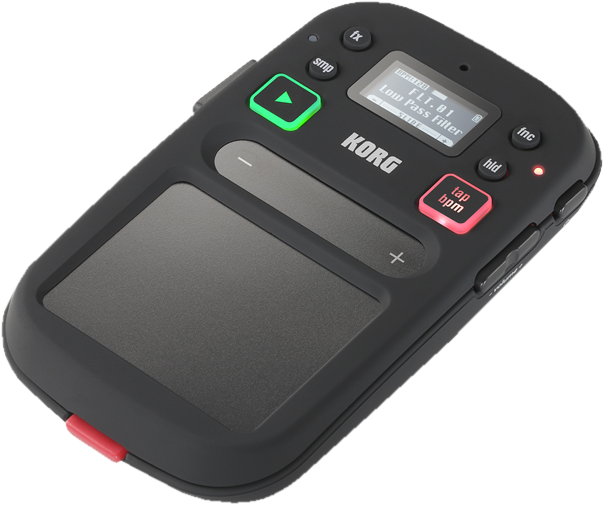 The number of Korg’s Kaoss gadgets is becoming a tad confusing to us, we must admit, but the KP2S represents a refinement in a technology that has been around for more than 15 years now. It is described as ‘a powered-up Mini Kaoss Pad 2, the Mini Kaoss Pad 2S is a powerful DJ effect unit that fits in the palm of your hand’.

It includes a touchpad in the centre, and retains the large number of effects of its predecessor (100 in total), but adds sampling (explaining the ‘S’) to the mix, so you can use the device as anything from simple recorder to mobile vocoder. When we reviewed it we said: “Using the device is tremendous fun, of course, and it is perhaps more a mobile gadget for the performer than producer.

But the recording option adds to the studio experience, and the more you work with it (and the smaller your fingers) the more you will sonically reap. It’s an evolution of an ageing concept, but the KP2S is small and perfect in many ways.”

Whatever Happened To… Misa Digital Kitara

The shape was most definitely guitar-based, although the Kitara also had a touchscreen slap bang in the middle of it and used an open source software platform to make sound.

This included onboard synth tones and could be played by way of 144 buttons along its neck. You’ll notice that we are using the past tense as, according to Misa Digital: “The Misa digital guitar was an experimental instrument, similar to an electric guitar in shape, but with an interface designed to easily and intuitively control digital audio.

It is now discontinued.” However, the replacement Tri-Bass, which is more of a MIDI controller with touchscreen is still available, although it’s sold out at the time of writing. 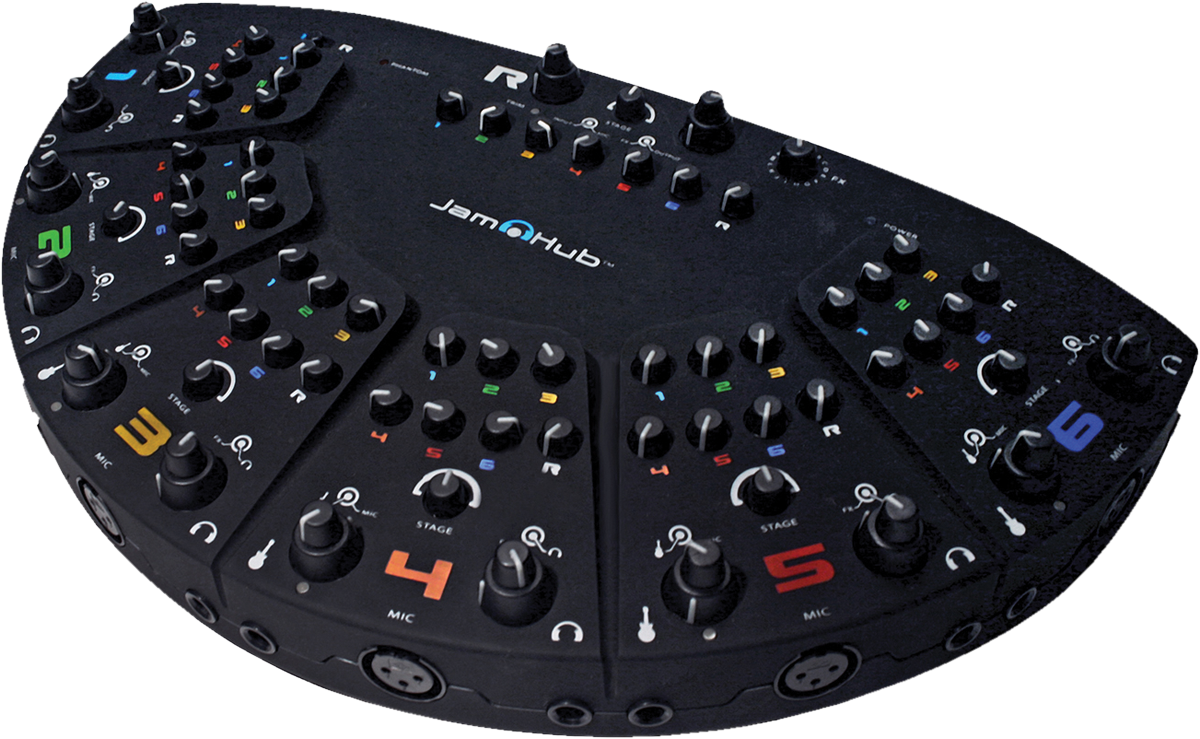 In a band? Make a racket when you rehearse? You could probably do with one of these. Essentially, it’s a box that each band member plugs their instrument into, plus a set of headphones out so they can hear their playing together with the band, but the neighbours can’t. A simple idea, and genius in execution.

Obviously, it doesn’t work so well if your drummer insists on using an acoustic kit and your singer’s wailings will still get heard, but it’s one of a kind, and we said: “The GreenRoom excels at providing an attractive, compact and convenient way to rehearse silently at home or on the move. It combines all the essential bits of kit necessary to enable virtually silent ensemble rehearsals in one well-designed, compact and lightweight package.”

The Numark Orbit has been around for a couple of years, but came to our attention only when we were chased around the NAMM show by a Numark representative demoing it live on stage earlier this year.

So traumatised were we by the incident that this is the first time we’ve been able to write about it… It’s a live performance DJ controller with several modes of operation, but think of it in terms of coloured buttons/pads and banks of operation plus motion control, which allows you to assign parameters via the unit’s shoulder buttons.

So, moving it here there and everywhere – rather like the scary Numark rep – will yield some interesting performance results. OK, it’s not for music production, but it looks cool and could add a flourish to your live show. See, we’re over the incident already…
Price £79
Contact InMusic via website
Web www.numark.com/product/orbit 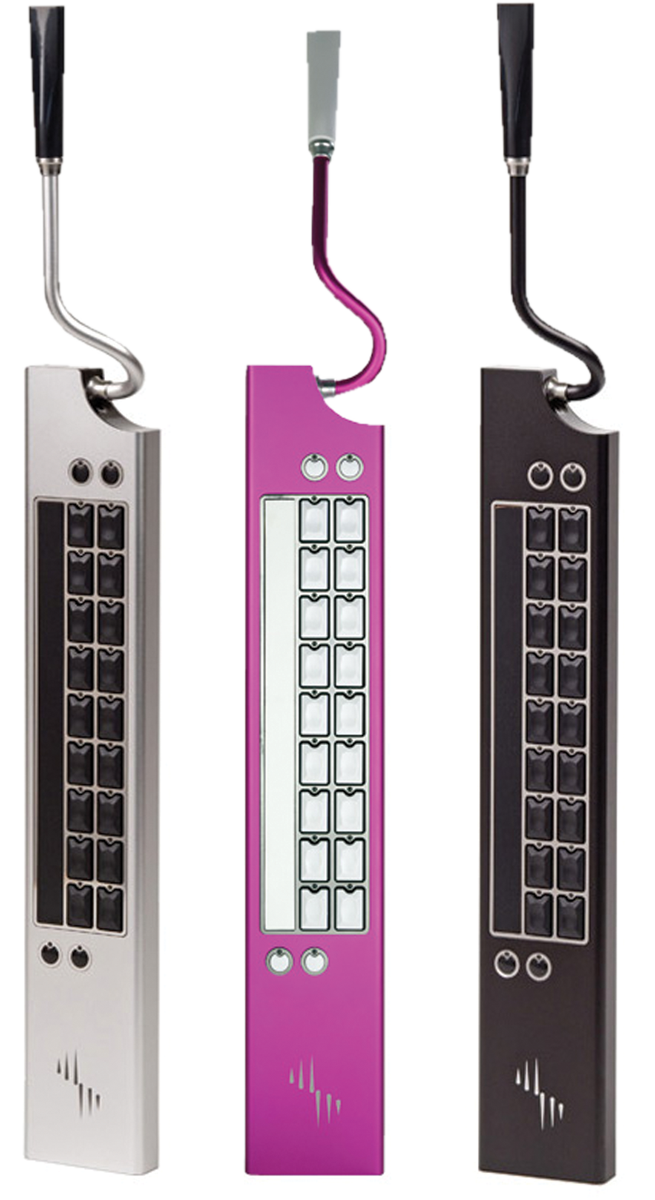 The Eigenharp range of instruments is probably the most intriguing of all the gear we have in this round-up, arguably the most serious – in terms of its musical aims – and certainly the most expensive and expressive.

Eigenlabs formed 15 years ago, an English company with enough investment to have produced three instruments since 2009, the top-end version being the Eigenharp Alpha at £4,950. The instrument uses 133 keys and two ribbon strips to play notes and samples and ‘can play and record loops, change scale and key, transpose, alter tempo, program beats, create arrangements, switch and layer multiple sounds, all while the musician is performing live on stage’.

We’re talking about a completely new concept here, but several players have adopted the instrument, including Scanner (we saw one when we interviewed him). The less expensive Pico, at just £459, and the latest model Tau (£2,395) expand the concept. It’s the only ‘gadget’ (and we feel as if we’re demeaning it a little by calling it that) here that we haven’t tested, so we’ll make amends and get one in ASAP. 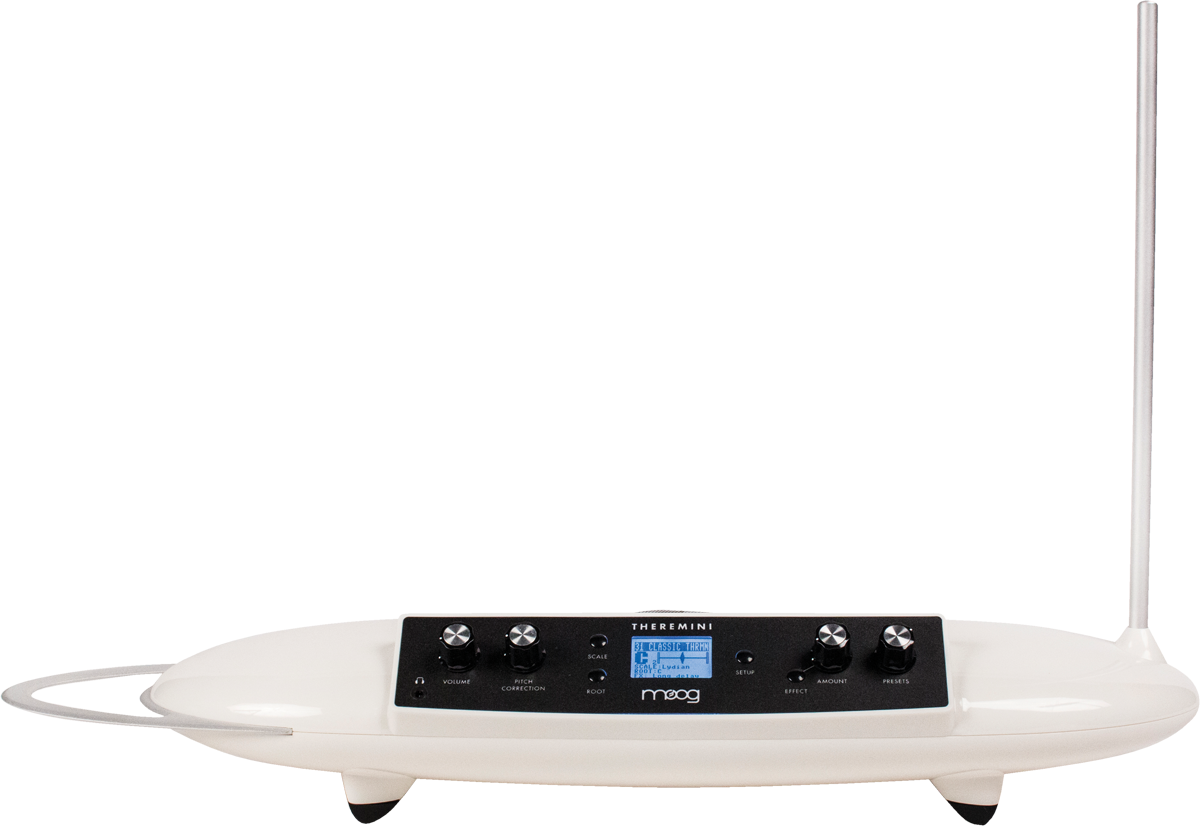 It’s a theremin, and a cool-looking 1950s-a-like one that is affordable and, as these things go, pretty versatile too. The unit is a little plasticky, but is a dream to use. For example, when changing scales you learn more about the subject in two minutes using the Theremini – simply playing it up and down within the categories – than in a previous lifetime of listening to music theory.

All manner of parameters – some obvious, such as pitch and note range – are adjustable, and there’s a good delay effect to add some variation. The 32 presets take it away, but not too far away, from that eerie whistle; in truth, most are of that ilk, and we could have done with some more varied tones to really experiment with. “For those after an easy intro to the world of the theremin and the other-worldly nature of its sound (it’s also worth delving deeper into the fascinating life of its inventor if you have time), there’s no easier way.

An easy theremin to get into, both practically and financially. It’s a little lightweight, but bang for buck this thing whistles like no other.”
Price £259
Contact Source Distribution on 020 8962 5080
Web www.moogmusic.com

Not unlike a theremin in its touch-free action, the airpiano is played by way of a user gesturing above it, with keys and faders represented according to position above a wooden plank-like instrument complete with red LEDs.

“We strongly believe that the airpiano introduces a new user experience, a magical and cool performance tool and an experimental instrument to explore,” so says the website, but adds “airpiano was developed in Berlin, Germany by Omer Yosha. Unfortunately, the airpiano is now sold out and is no longer in production.”
Read More – airpiano.de