In this video, producer Tim Cant runs through the Top 5 Soft Drum Machine plugins (VST) that money can buy… 5. StiX (XILS-lab) StiX brings together a wide variety of drum sounds in one interface, charting the course from early analogue drum machine sounds, through to powerful digital hits. The onboard virtual analogue synth engine […]

In this video, producer Tim Cant runs through the Top 5 Soft Drum Machine plugins (VST) that money can buy… 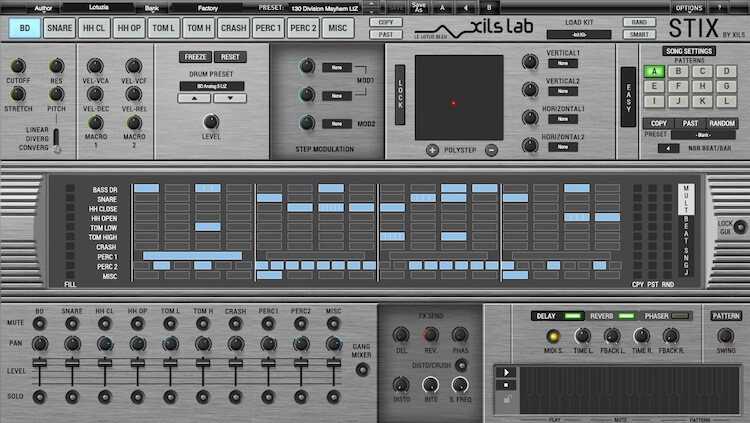 StiX brings together a wide variety of drum sounds in one interface, charting the course from early analogue drum machine sounds, through to powerful digital hits. The onboard virtual analogue synth engine gives you three oscillators with phase retriggering, two LFOs, Step Modulators, and something called a PolyStep auto-modulator. Sophisticated!

In StiX, you command it all using the step sequencer, with its system of patterns and blocks, and you can tweak the sound through the mixer, which is always visible on-screen.

At the end of it, StiX’s killer feature is its presets – you get to save and load global presets, plus you get individual pattern presets, drum kit presets and sample presets too, making it easy to try out combinations until you get the perfect sound.

When it comes to analogue modelling, Swedish develop softube usually stick to effects, which is why everyone was pleasantly surprised when they came out with Heartbeat.

It starts with the synthesis, where a large range of accurate-sounding drum modelling combinations are possible. Choose from Single Oscillator, Dual Oscillator, FM and FM with Noise options.

But because this is Softube, Heartbeat isn’t just about synthesis – the onboard effects are brilliant-sounding models – there’s delay, EQ, Delay and Reverb for each channel, plus a global bus compressor and delay and reverb modules too.

Heartbeat’s killer feature is its Auto Layer Machine, which loads up multiple sounds to play either together or offset by whatever amount you choose. 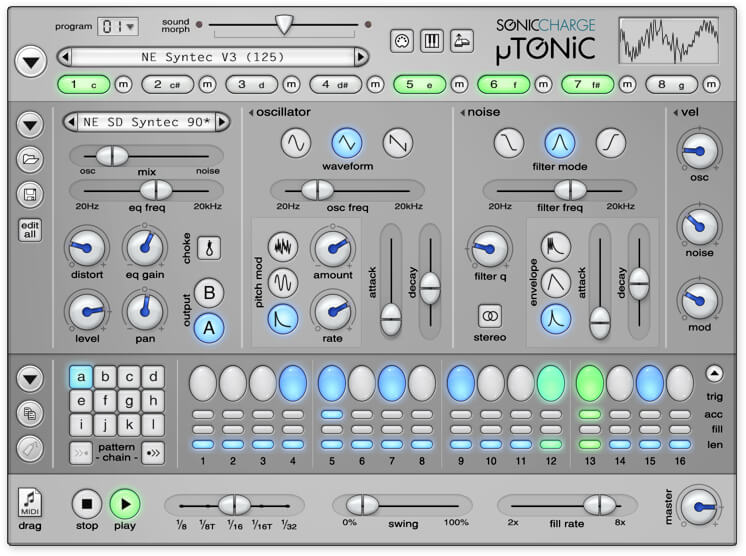 MicroTonic has been around for years, but it’s still near the top of everyone’s drum machine pile.

This virtual instrument gives you eight layers with identical synthesis controls: an Oscillator with a choice of waveforms, plus variable attack, decay and pitch modulation; a Noise oscillator with filtering and envelope controls; velocity sensitivity controls, and gain, level, panning and distortion on output.

Then of course, there’s MicroTonic’s pattern sequencer, which contains trigger, accent, fill and length controls – you can program parts individually, or all together in the matrix editor.

MicroTonic’s killer feature is its ability to morph between the setups on each layer, interpolating between them a bit like one huge macro control commanding each piece of the virtual drum kit. 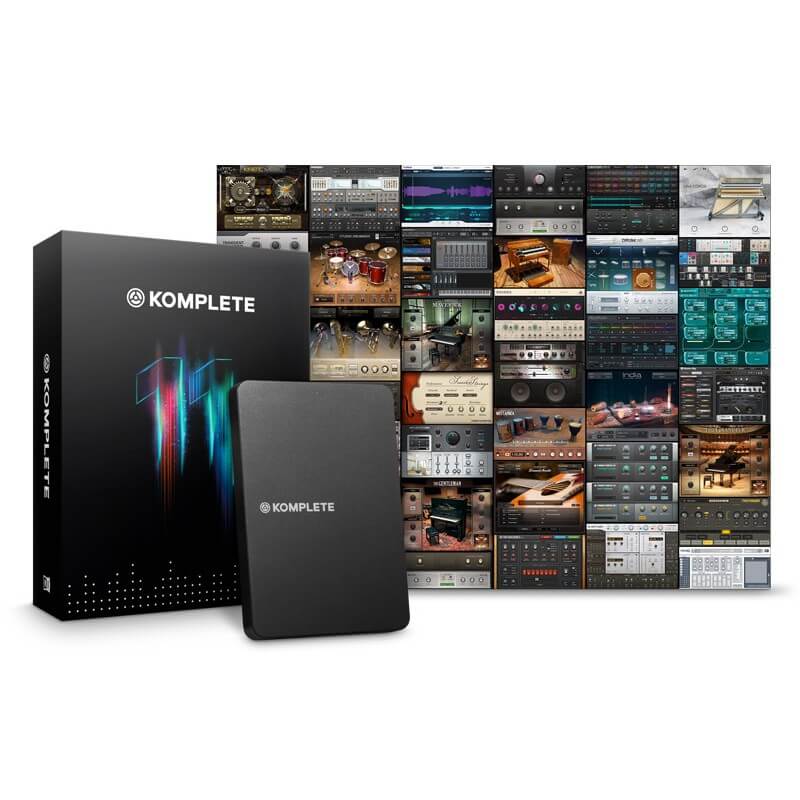 It’s more of a drum sampler that a traditional synth-based drum machine, but Battery is the powerhouse that countless pro producers swear by, and it’s not hard to see why:

Battery 4 lets you load up to 128 sounds into its pads, although more often you’ll probably be using the standard 4×12 grid. Battery comes with over a hundred fully-featured kits to get your started, and there are expansion packs available too.

Battery’s killer features are its onboard processors: to tweak the sound in Battery, NI give you access to proprietary algorithms from some of their other plugins, including Solid EQ, Transient Master, and Solid Bus Comp. With all that processing power onboard, you can trust that Battery’s got the goods.

Buy Battery as part of Komplete 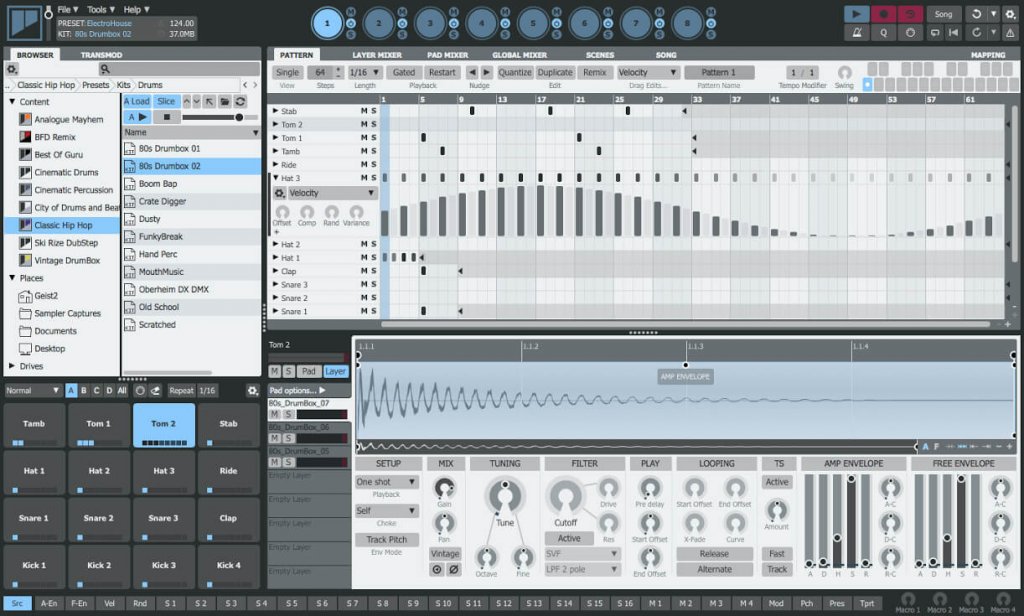 Geist 2 is a whole beatmaking workstation plugin that can actually run standalone too. It’s a huge piece of software, with fully-featured sampling, massively flexible sequencing, and a full mixer with effects – but that’s just scratching the surface.

Geist’s sampler does the jobs you need, with tuning filtering and enveloping for each pad. You can even sample from an external audio input into Geist. The sequencer is mental, letting you sequence not only the sounds themselves, you can sequence other properties of each sound as well.

Geist 2’s three Killer Features: 1) You can retro-capture performances, meaning that you can bring a MIDI performance you’ve just played into Geist without having hit record first 2) You can set probability for any steps in the sequencer to play its sample, and 3) Geist’s user interface is scalable to however large or small you want it to be!