Six of the best high-tech pianos

You want a great piano sound but you don’t have room in your house for a Steinway or Bosendorfer? Then look no further than these half dozen hi-tech pianos – five soft and one hard… Best for The Beatles sound: Cinesamples Abbey Road Classic Upright Pianos Price £199 Contact Cinesamples Fancy a couple of pianos […]

You want a great piano sound but you don’t have room in your house for a Steinway or Bosendorfer? Then look no further than these half dozen hi-tech pianos – five soft and one hard… 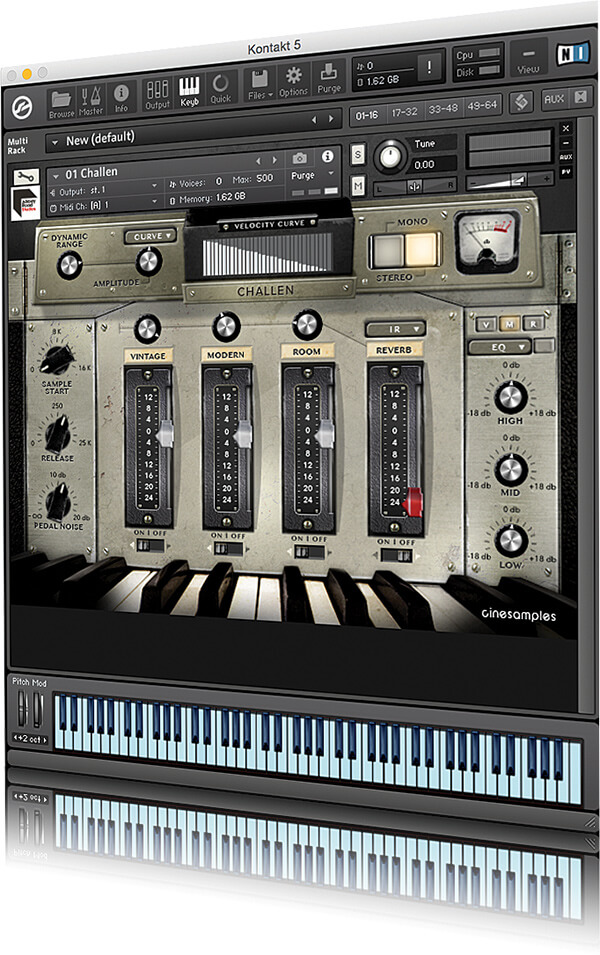 Fancy a couple of pianos as used by The Beatles at Abbey Road? Of course you do, but you’d be hard pressed to buy the originals! Cinesamples has created the next best thing here. This library has two legendary pianos as used by the Fab Four and all the samples were recorded at the iconic London studio.

We said: “These two pianos – three if you count the harder-edged and more jangly Challen Tack version of the Challen – sound flawless. It’s difficult to compare them to other pianos because you’re playing a model of piano, a specific piano in a specific room and which has been modified over the years. As such these are some pretty special instruments with a sound that’s been lovingly crafted and is not available anywhere else. Given the virtual impossibility of ever getting near one of these two pianos yourself, this instrument provides a remarkable way to get the sounds of The Beatles’ piano – the actual one they played – in your productions.”

Best for Steinway: Soniccouture The Hammersmith 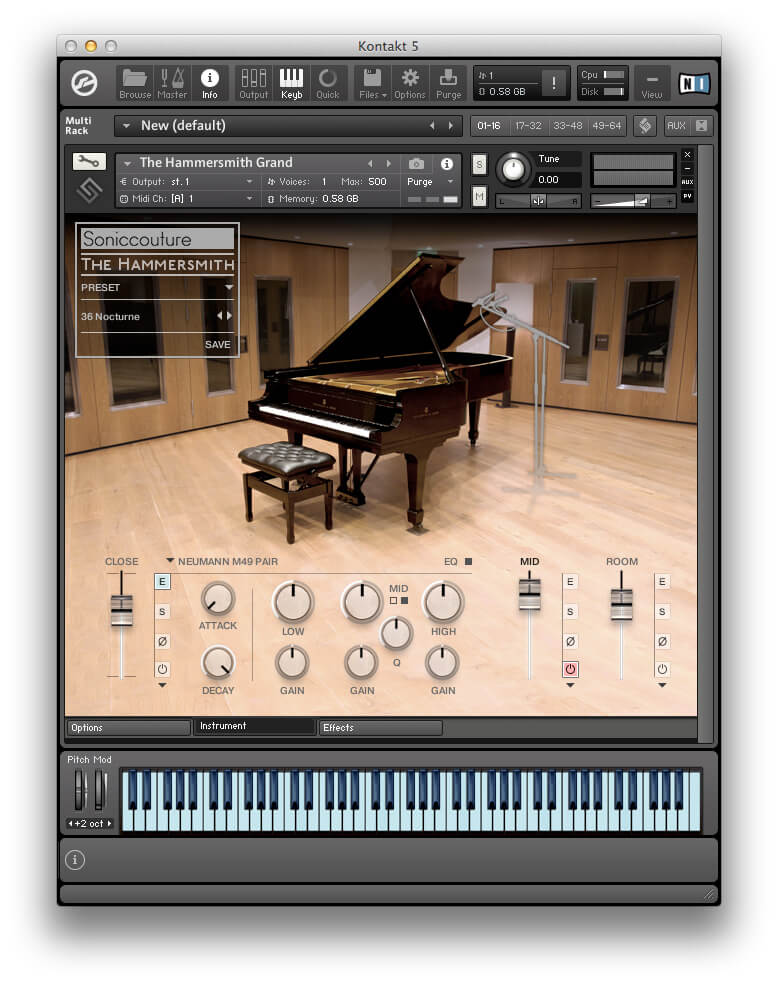 If you want the sound of a Steinway, you’re either looking at six figures for the ultimate or radically less for this software version (although the professional edition featuring more mic positions does weigh in at double the asking price). The Hammersmith was recorded at Mark Knopfler’s excellent British Grove studios in London with a Steinway recorded with several superior quality mics in various positions.

We said: “Things got really exciting when we engaged our Sustain pedal. Each note of The Hammersmith has been captured with true sustain, which gives the piano an incredible realism when playing this way as compared to other piano models in our Kontakt library. On their own the two mid mics are probably the most useful of all the six positions. However, by combining two or even three different positions together you can get just about every sound you’d want out of The Hammersmith. It is the most intricately detailed piano library that we’ve had the pleasure of using.”

Nord makes great keyboards: fact. The company’s synth range is second to none in the virtual analogue stakes and its library of sounds that you can load into various models is quite simply extraordinary. Nord Piano 3 concentrates on the piano side of that library – including six grands, five uprights, nine electrics, synth pianos, clavinet and harpsichord – and adds a fantastic keyboard, a great display and even throws in a few pads and choirs. It ain’t cheap, but…

We said: “Like no other Nord, Piano 3 is a player’s keyboard. The finesse and sensitivity Nord has implemented will be best enjoyed by those who can play. For those of us who like Nord’s other sounds, they’re here, but to get the best from them with other controls (pitch and mod wheels included) you’ll be better off with a Stage. But if piano is your thing and you rate yourself as a player, the keyboard experience doesn’t get better than this; nor does the feeling and emotion you can wrestle from it. Possibly the best piano you can buy that isn’t made of wood.” 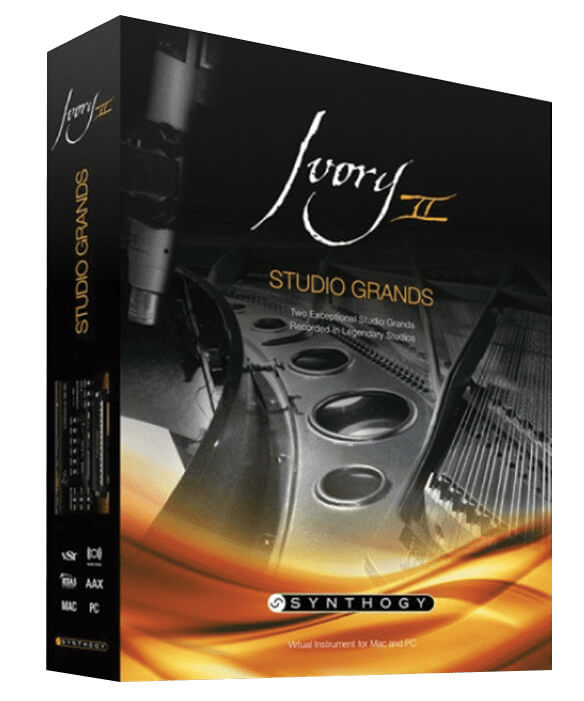 110GB of your hard drive and a little over 200 of your pounds gets you two incredibly detailed grand pianos care of Synthogy. Studio Grands is the fifth in the company’s Ivory II series and has a Steinway B Grand Piano recorded at Power Station Studios and a Bösendorfer 225 Grand Piano, recorded in California´s Firehouse Recording Studios. They are not quite the biggest grands you can get and designed more for medium-sized venues like conservatory or restaurant environments. That’s not to say they don’t sound exceptional though…

We said: “Broadly speaking, the Bösendorfer sounds brighter than the more mellow Steinway, but both reproductions are astonishing. The first thing to note is the smooth velocity differences, with the sound changing dramatically as you strike keys with different strengths.These are two exceptional pianos, both showcasing ultra-realistic sounds and a surprising amount of flexibility within the interface. Ultimately, what you are definitely buying Studio Grands for is a set of great piano sounds and really, they don’t come much better than this and at a great price – a hundred quid each, for pianos that cost between £50 to £100k in the real world.” 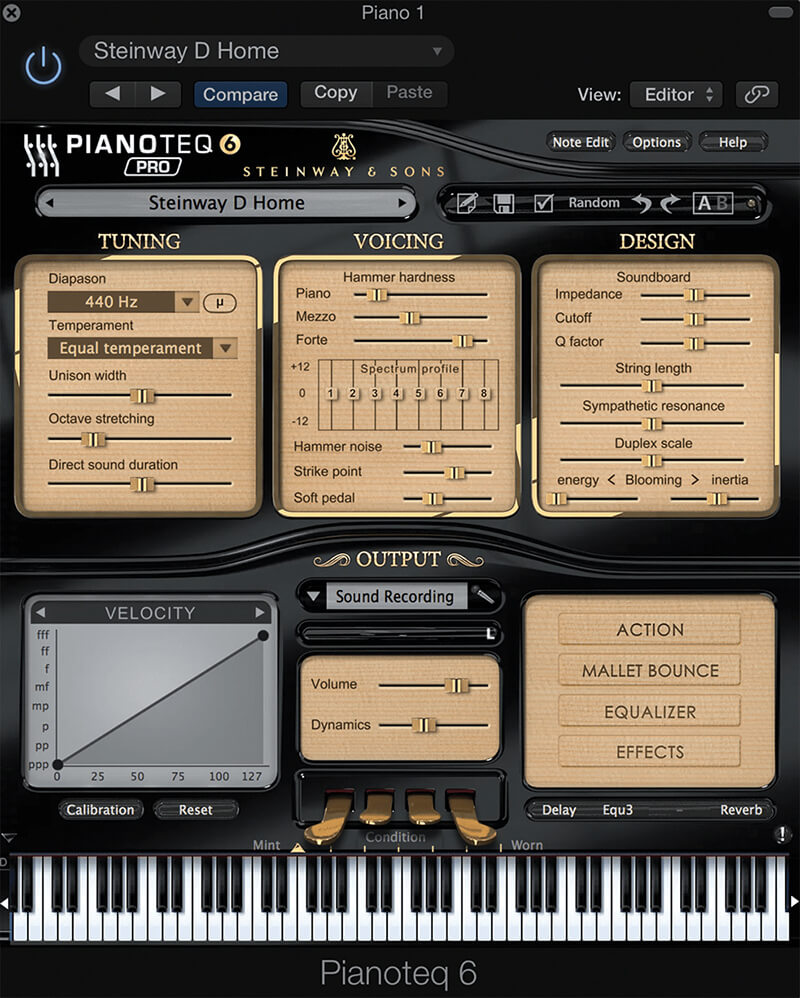 Modartt’s Pianoteq instrument has won countless MT awards thanks to its low CPU usage and great sound. At its core it uses physical modelling – hence the low CPU strain – and there are several versions available offering you a variety of keyboard-based instruments. However even the basic one starts with 14 types plus your choice of two packs from the company’s extensive range, and they all sound quite superb with loads of options to change the sound…

We said: “If you’re after a specific piano sound, or are new to piano technology, I’d say start low and work your way up. Modartt’s upgrade scheme is great: you can always dive further in later. For aficionados, you can pay a hell of a lot for one decent piano. For €699, you get a hell of a lot of pianos and other instruments too, so you could argue it’s not so big a price tag. But whatever your stance, Modartt has a price point, an upgrade path and excellent-sounding pianos there for you. Pianoteq has become one of the few pieces of software to attain classic status, and V6 doesn’t disappoint.” 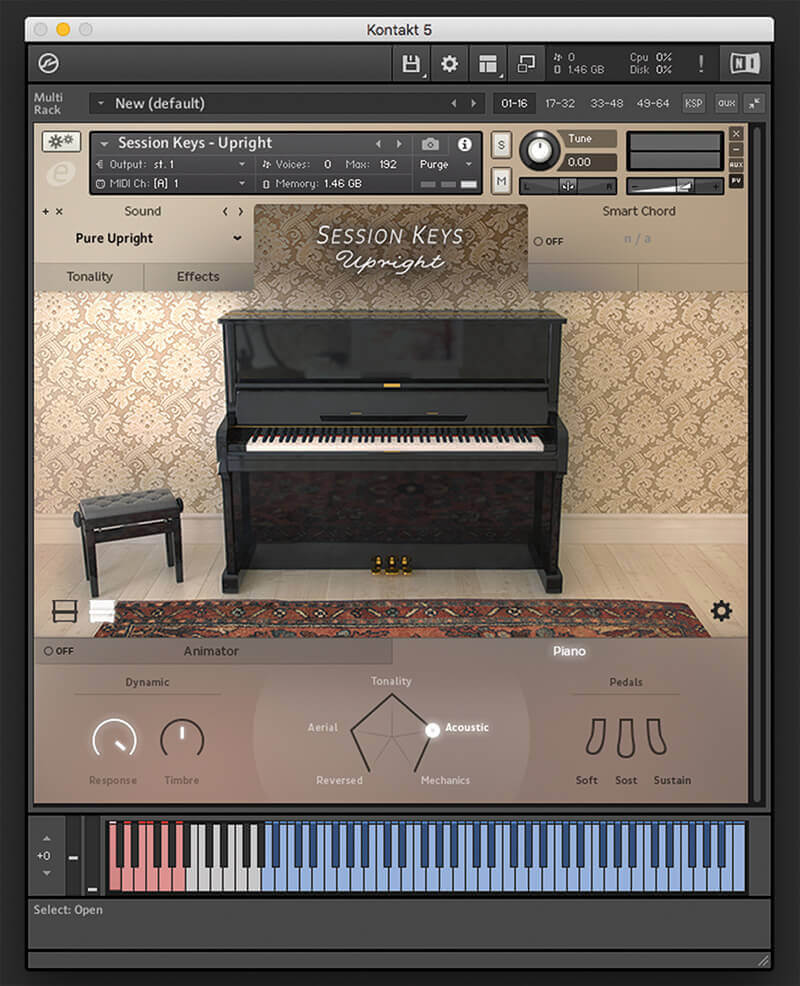 This final instrument contains two upright pianos: an ‘Open’ version (with slightly detuned strings and all of its front covers removed and recorded in a room that contained sound-reflecting surfaces to give a live, open sound); and a ‘Closed’ (tuned strings, closed panels and recorded in a dry-sounding room). As well as lots of sonic flexibility and presets you also get patterns which can help with your instant song creations.

We said: “You’ll need a reasonably powerful machine to make the most of the instrument. This bulkiness is justified though, as it results in an authentic emulation of two distinctly different upright pianos that are worth every penny of the asking price. An exquisitely detailed and lovingly crafted sample library that emulates accurately and convincingly the sound and sonic characteristics of two different upright pianos.”