We name the ten best apps for music creation on the iPad and iPhone…  1: Steinberg Cubasis     Price £34.99 Buy on iTunes now for you iPad Steinberg has completely re-engineered Cubase from the ground up for the iPad’s touch interface and the results are impressive. The app supports unlimited tracks, virtual MIDI and […] 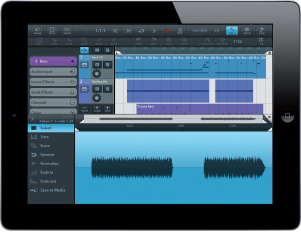 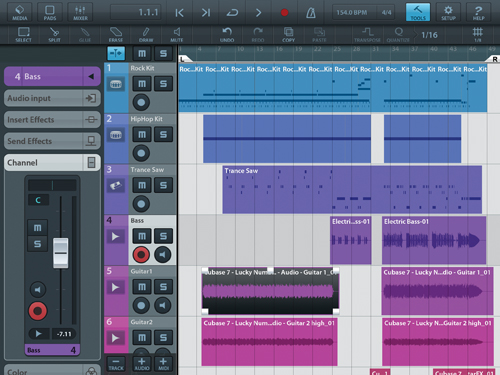 Buy on iTunes now for you iPad

Steinberg has completely re-engineered Cubase from the ground up for the iPad’s touch interface and the results are impressive. The app supports unlimited tracks, virtual MIDI and AudioBus. All the expected touch controls are there so you can pinch to increase and decrease track size and edits are a breeze. It’s easy to select different instruments and combine them with recordings from the outside world or audio provided with the app. Expensive for an app, perhaps, but this is the real deal so it’s cheap for a completely mobile version of Cubase. 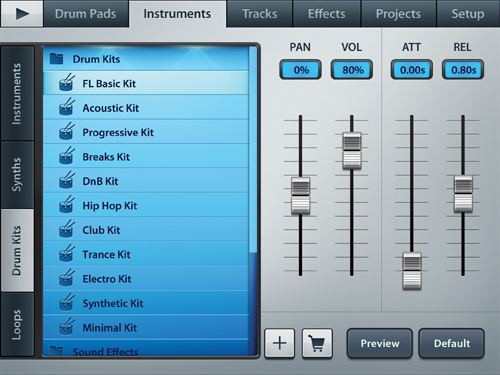 Price £13.99
Buy now from iTunes now for your iPad or iPhone

FL Studio exists both for iPhone and iPad in slightly different versions and offers a variety of great instruments, audio recording and editing, plus extra features such as MIDI out for triggering external kit. The latest version supports Audiobus so you can use other compatible apps and instruments with it. Usefully projects produced in the mobile app can be exported into the desktop version so it’s great for translating those moments of inspiration on the bus into fully-fledged projects in your home studio. www.image-line.com 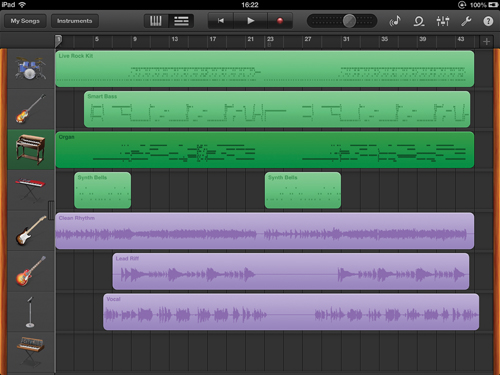 How could we not include one of the very first and finest all in one music making iPad apps? Garageband was an introduction to many people to the joys of making music on a computer but when it came out on the iPad, people suddenly realised that iOS music making had come of age. The app now comes jam packed with instruments (mostly rock and acoustic – we’d like more synths), guitar amps which you can play through simply by plugging in your guitar, oodles of effects and so much more. At the ridiculous price of £2.99 you really can’t go wrong and this still remains one of the best Apps for music making. What could be better? Logic on an iPad? Mm… www.apple.com 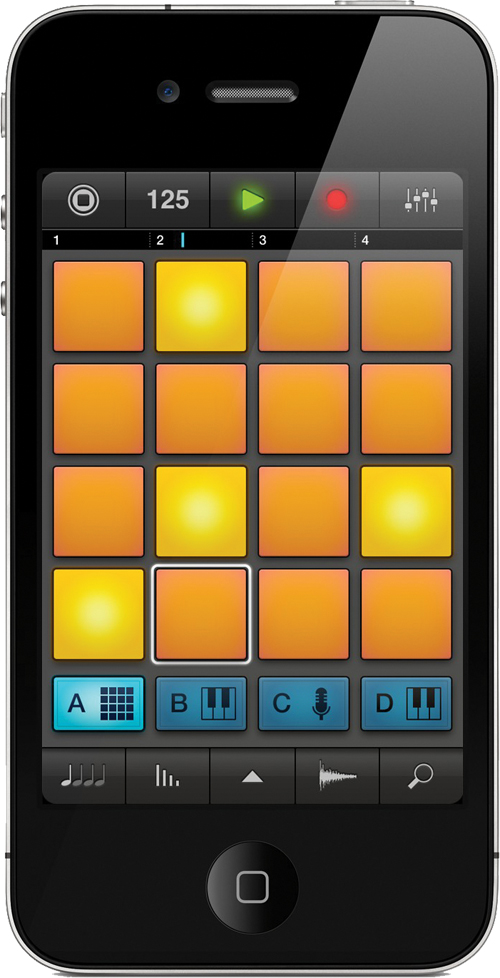 Buy from iTunes now for your iPhone

iMaschine is for smaller devices only but works in compatibility mode on iPad and is a great sample-based groovebox for programming sequences and even using your own sounds. Projects can be opened in the desktop version, too. It could be considered more of a sketchpad than other apps here but 16 drum pads and a keyboard offer a lot of flexibility in programming. There’s 100MB of content which might not sound a lot but there’s a good variety of projects, kist and samples on offer. www.native-instruments.com 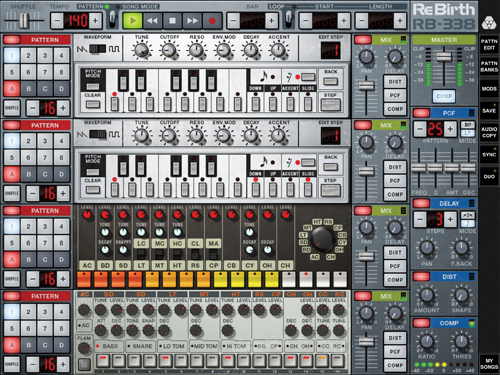 Buy from iTunes now for your iPad

ReBirth was one of the Props’ first desktop apps and also one of the first all in one ‘proper’ software emulations of hardware. And what hardware! Two Roland TB-303s combined with the best Roland drum machines (TR-808 and and TR-909) can be combined to great acid effect. It’s reborn here for iOS, so you get full touch control over a multitude of functions and you can easily combine those classic dance sounds using the on-board sequencer and drive the whole lot through on-board effects. ReBirth is a remarkably faithful analogue beatbox – a great emulation of a classic emulation! www.rebirthapp.com 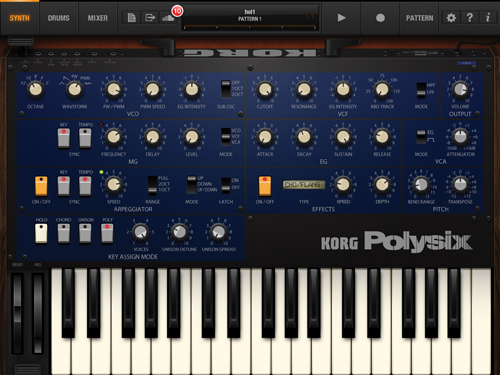 Buy from iTunes now for your iPad

Korg is experienced at making iOS versions of some of its classic analogue synths, and iPolysix is a powerful app based on the 1981 hardware synth. You can put two of them together within the Polyseq step sequencer together with a drum machine, mixer and Kaoss pads which add a welcome performance aspect to proceedings. Of course with a sound engine based on a 1981 synth you are limited to those retro sounds but with the sound of analogue forever going in and out of fashion you are sure to find modern genres that will welcome this app. www.korg.co.uk 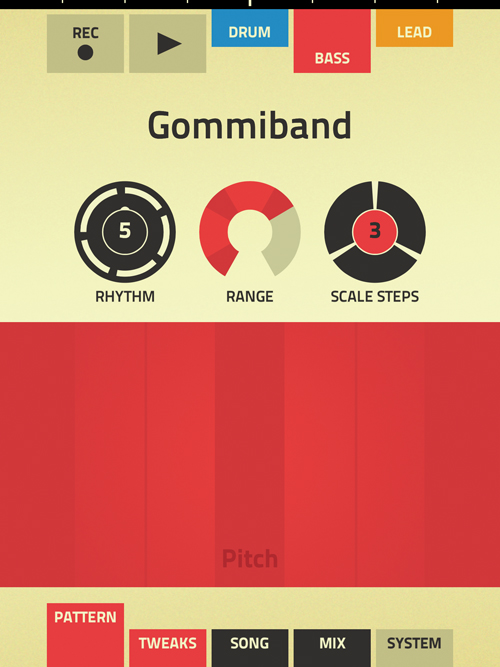 A new take on making music, Figure provides a few simple sections into which you can draw patterns and make variations in the inimitable Propellerhead style. It uses bass and lead sounds from Reason’s Thor synth and drums from Kong (Reason’s drum machine). With a very simple control method you can easily put beats and melodies together both in time and in key. A recent update brought AudioBus and SoundCloud compatibility making this almost a must have app, especially at the price. www.propellerheads.se 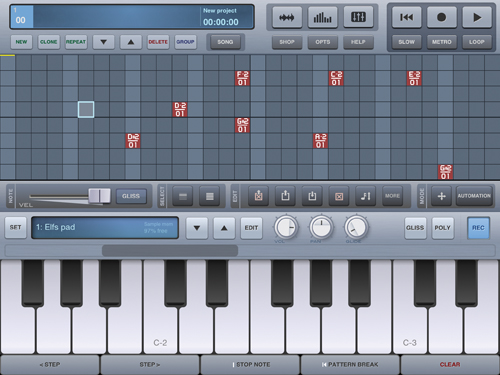 Made by an independent developer, iSequence HD is a great all-in-one music making app with an 8-track sequencer and 160 built-in instruments. You get a very varied set of sounds (everything from synths to atmospheres to acoustic) and a very flexible environment in which to put them together as instruments are not bound to tracks so you can use different ones on each of the tracks. There’s a good selection of effects plus a sampler making this a very accomplished mobile sequencing app that is particularly good for MIDI programming. www.beepstreet.com 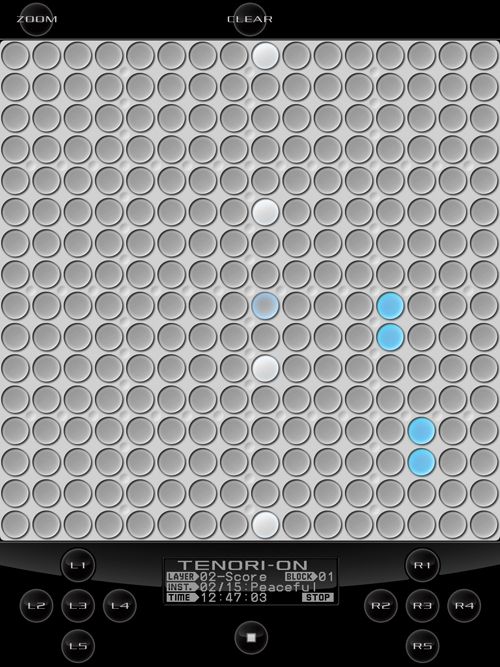 Price £13.99
Buy now from iTunes for your iPad or iPhone

Yamaha’s innovative Tenori-ON hardware was an ideal candidate for a port to iOS, and the software version is incredibly fun to use. Don’t think of this as a traditional sequencer though; it’s a 16 by 16 grid of lights and when you press one it will trigger a sound within a definable cycle. You can play up to 16 different sounds at once and store 16 patterns which can be then triggered within a performance. As well as being great for beginners TNR-i has a real depth of features for advanced users too. The original hardware fetched the best part of £800 so to be able to buy into this kind of creativity at this price is (as is so often the case with iOS apps) astonishing. uk.yamaha.com 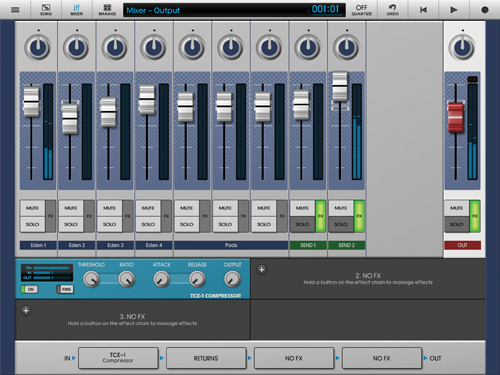 Another app that’s universal to all recent iOS devices, NanoStudio has its own take on programming, sequencing and recording. You can combine up to six instruments but this is expandable with add-on instruments (to 16). Instruments include Eden (16 voice synth) and TRG-16, a performance triggering pad. Sampling is done via the iPhone/Pad’s mic as is resampling and there’s a pattern sequencer for putting the whole lot together. NanoStudio is a very capable alternative to the big players. blipinteractive.co.uk