by MusicTech
Will Gregory
Moog
#Artist/Producer/DJ

Will Gregory Interview – The Moog Ensemble!

We continue our celebrations of Moog’s 50th anniversary by chatting to Goldfrapp’s Will Gregory about his Moog Ensemble project. And instead of revealing his own production secrets, he reveals those of many others… Will Gregory has worked with Tears for Fears, Portishead, Peter Gabriel and Tori Amos among others, but is best known for his […] 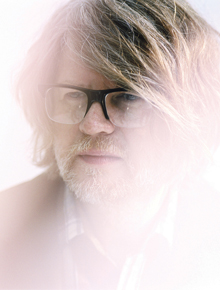 We continue our celebrations of Moog’s 50th anniversary by chatting to Goldfrapp’s Will Gregory about his Moog Ensemble project. And instead of revealing his own production secrets, he reveals those of many others… 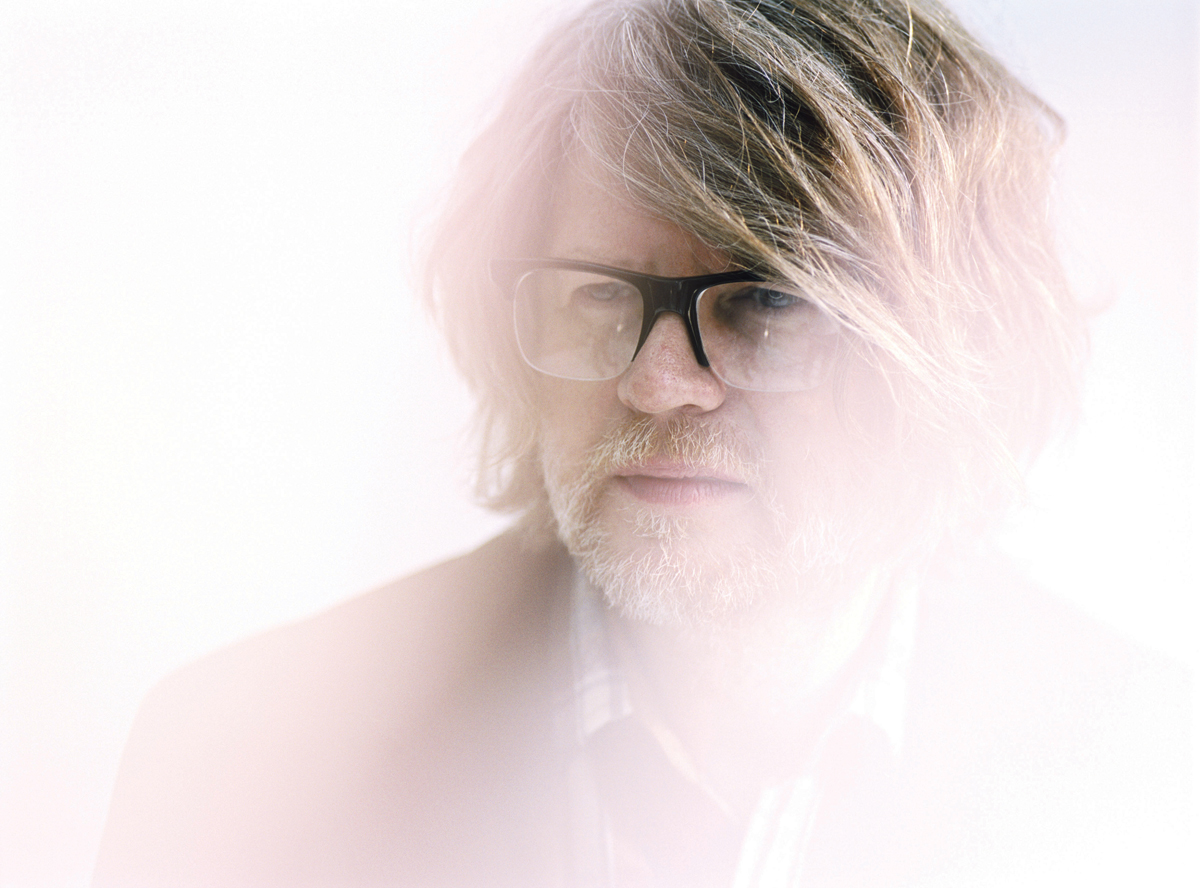 Will Gregory has worked with Tears for Fears, Portishead, Peter Gabriel and Tori Amos among others, but is best known for his musical partnership with Alison Goldfrapp and the band of the same name (Goldfrapp that is, not Alison). Over 15 years – oh yes, it is – the duo has released six albums spawning over two dozen singles, including Ooh La La and Number 1, which have charted across the globe.

In 2005 Will set up the Will Gregory Moog Ensemble, which performed excerpts of Wendy Carlos’ Switched-On Bach live using a selection of synths. This year has seen Gregory perform at festivals, including Brighton and Cheltenham, with his ensemble that includes composer Graham Fitkin and Portishead’s Adrian Utley. They perform interpretations of various famous compositions alongside some original Gregory tracks using ten Moog synths and other monos that come from around the same era. As part of MusicTech’s 50th anniversary of Moog synth celebrations we caught up with Gregory to talk gear, production and, of course, Moog…

MusicTech: Tell us a little about how you got into music making?

Will Gregory: I got into music kind of by default as it was the only thing I was good at – I was the weird one at school who practiced the piano during lunch break. In my teens I met other musicians and was so relieved to find some like-minds that I think I never wanted to leave the ‘weird’ muso club – perhaps it’s the same for many musicians. I ended up playing oboe and then moved on to sax, which got me into diverse musical disciplines. I realised at some point that I wanted to swim upstream as far as I could to the source of where the music came from, which meant getting into writing.

MT: Would you say you have a particular philosophy when it comes to composition and production?

WG: I think about music a little like maths in that it exists in a place where it is always clear whether it is working or not. So as I go on I have come to the conclusion that there is no time for politesse or compromise… If you treat it as a democracy, or try and make everyone happy, the music will suffer.

MT: Tell us a little about your studio set-up?

WG: In the 90s we all began to realise that a studio is no more than a multitrack, a mixer and a microphone, and somewhere quiet where you won’t disturb anyone. That is what I started with and built from there, and I got the computer bug soon after. You could hear what you were writing as you went along without committing it to a recording, so you could constantly go back and improve your ideas by ear. 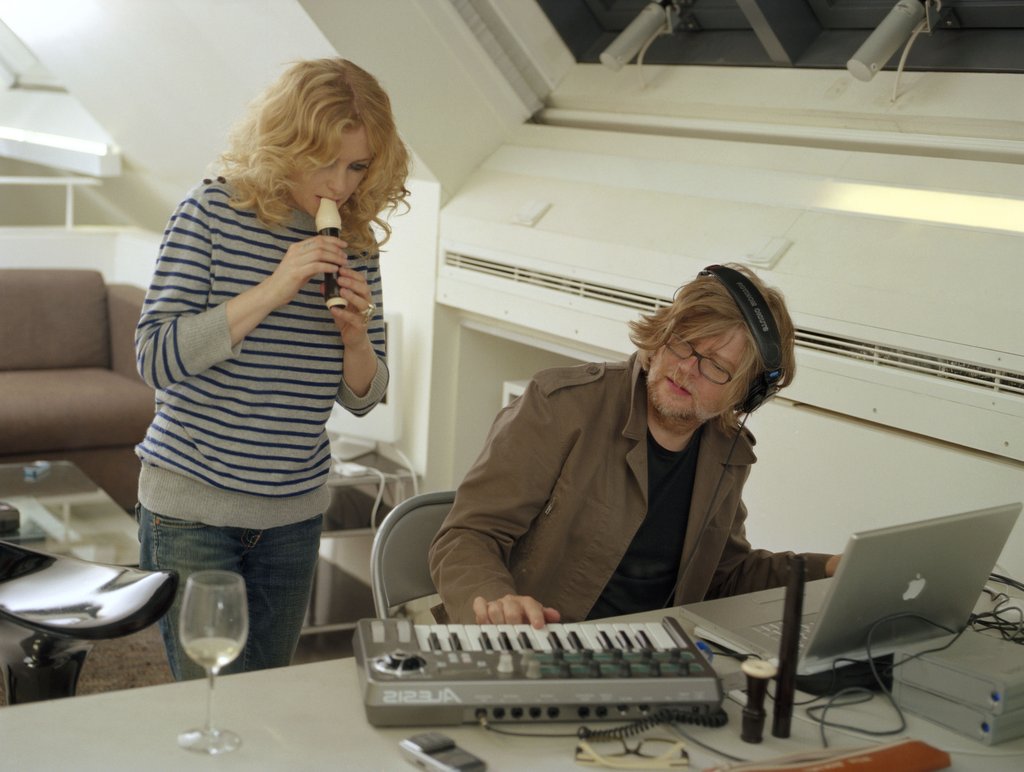 MT: Where does your inspiration come from?

WG: Inspiration for me comes from listening to music and improvising. Improvising can be captured, edited and boiled down to something as hard and crystalline as any preconceived idea.

MT: What are your favourite sound-generating studio tools?

WG: It is often hard to compose with a temporary sound. I know some sculptors mock up their work in polystyrene, but the musical equivalent is harder to achieve. So before starting to write something I might take a long time trying to find a sound that I believe can become a real piece of music. This could be anything: a mellotron sample, a homemade out-of-tune piano multisample, or a synth that has one excellent string patch. There’s no special favourite, but old analogue gear often has a bit of soul to it that helps carry one up over the hill.

MT: Tell us about your favourite gear and effects…

WG: I do love guitar pedals. Us synth players have been a bit slow at figuring out what guitarists have always known: that a little, carefully chosen pedal array can go a long way to waking up your sound. Whacking it through a big amp into an acoustic space can also help.

MT: What advice have you picked up on your musical journey so far that you can pass on?

WG: I am a big believer in allowing things to cure a little before you fire them out there. What you think tomorrow, a week from now, or in a month’s time will always contain some sort of wisdom that you can’t see today with your face pressed up against it.

MT: And what about advice from a production and studio perspective?

WG: Always record and keep the first run-through, even if the performer is not aware of it. Disk space is cheap, after all.

MT: Tell us one of your production secrets…

WG: I think it is very unlikely anyone would ever reveal what they thought was the secret to their sound, unless they were about to retire, or were having you on, although of course we would all love to know! Occasionally you do get a glimpse: ABBA vari-speeding the multitrack when overdubbing backing vocals; John Barry always using three alto flutes; and Herb Alpert multi-tracking his trumpet four times.

I personally don’t have any secrets to my sound. If you want to get an instant vibe to your recordings play your sounds into an acoustic space and record that. It’s not really a secret, though, and is pretty much what everyone did until about 20 years ago.

WG: Something better than the computer mouse or keyboard that feels really musical without being occult.

WG: I am dying for the day when loudspeaker technology advances beyond where it got to in 1950, which so far it has not. Beaming hi-fi sound directly to us and not our immediate neighbour without headphones would be nice – I hear rumours it is in the pipeline – then perhaps we would stop listening to music on little laptop speakers (although I am as guilty of that as everyone else).

MT: Tell us about the Moog Ensemble? Who is playing, what and how?

WG: We have an amazing line-up of musicians and synths: Graham Fitkin, Ruth Wall, Vyv Hope-Scott, Simon Haram, Pete Rosser, Simon Clark, Hazel Mills, Dan Moore and Eddie Parker. We loved the music that burst on the scene created by Wendy Carlos during the late 60s – Switched-On Bach – where she recorded all the parts herself on her Moog modular synthesizer.

We are partly conceived as a live realisation of such studio recordings, ie, we are playing everything on analogue, single-voiced instruments of that era but together, live, as an ensemble. But also we want to experiment with the power of these instruments en masse, to try and be as expressive and vital as any combination of acoustic instruments, and perhaps herald a new departure for chamber music.

MT: Why the Moog – what is it about this synth that made you choose it for this project?

WG: Moog made the first mass-produced synthesizer that took off. The Minimoog became a template for nearly every synthesizer design that followed and has sound qualities that are unrivalled to this day. Being only able to make one sound at a time focussed its whole raison d’être on being incredibly varied and far reaching in where that sound could be taken. The beautiful simplicity of thought that went in to its layout has made it very intuitive and musical to use. We also play a range of other synths from the 70s and 80s that echo the spirit of the Minimoog and have since become classic instruments in their own right.