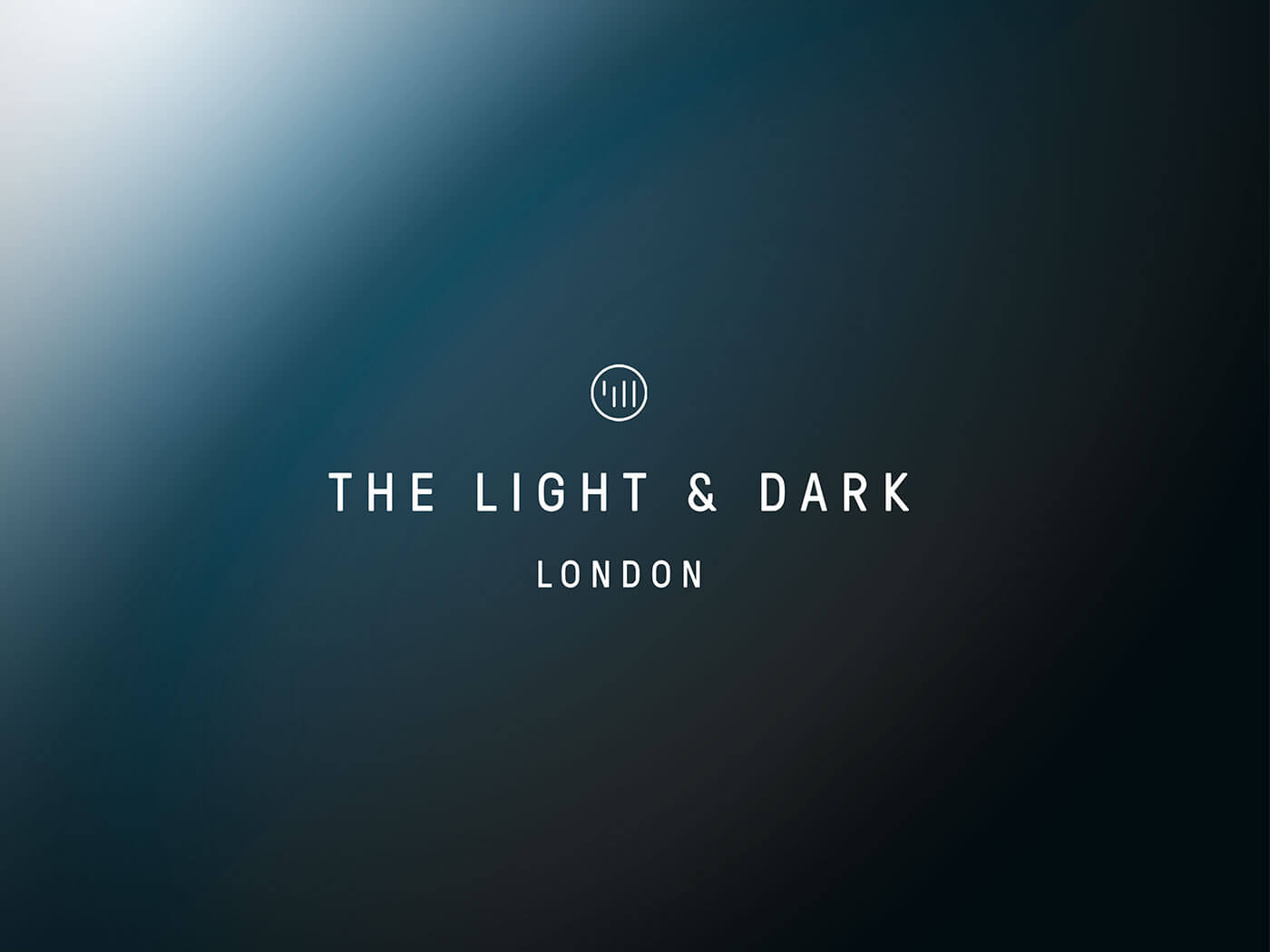 The Light & Dark: London is a concept album inspired by a near-death experience. Kristen Agee, founder and CEO of 411 Music Group, was flying to Los Angeles after a trip to Toronto when the plane experienced a near-crash, only narrowly pulling off an emergency landing. The album’s concept arose several days after the experience, as the implications of mentally preparing for death had an impact on Agee. The Light & Dark: London focuses on the idea of conflicting emotions and situations co-existing in oneself – how you can be having a great day whilst feeling a heavy sadness.

LA-based Brian Carr and Stephen Edwards frequently work with 411 Music Group, and were eager to get involved, along with Benji Merrison, an award-winning UK Based composer who is a newcomer to 411’s roster. To create a diverse dynamic, Hospital Records Drum and Bass producer, Keeno, was recruited to join the project, shifting the standard of what an orchestral composition can be. Andrew Skeet conducted and orchestrated the album, scoring the music for performers.

Each composer was given the task of creating a musical interpretation of light and dark, and traded their pieces back and forth for a few months. Agee then gathered the artists up and headed to AIR Studios, London, in July 2019 to record the album. The result is a collection of 17 compositions, vividly encapsulating the notion of Agee’s light and dark. We asked each composer for their technical process when recording and writing for The Light & Dark: London, which you can read below.

“I was mostly displaced when I was writing for The Light & Dark. I wasn’t in my studio, so I had this janky portable Pro Tools setup on my laptop. I was using my friend’s Fireface interface to record violins in whatever living room I was in at the time. I just had an SM57 mic (being held up by a laundry detergent tub, by the way), which I was recording violins with going straight into ProTools. Nothing fancy on this one. I sent a few voice memos back and forth to Benji and Brian of live piano and violin recordings and sketches of ideas. The initial ideas really took shape after we recorded them in Studio 1 at AIR Studios in London.”

“Nowadays I tend to write straight into Pro Tools, as I find it makes it much easier when writing with live sessions & orchestral records. I also use Cubase and logic depending on the project and who I’m working with. I like to keep plugins pretty simple nowadays, with the core tools being Soundtoys, Fabfilter, Valhalla reverbs and Goodhertz. I tend to do all my vibey processing with outboard at the recording stage. I have a pretty big collection of vintage, modern and modular synths. I use tape quite a bit, and other electroacoustic / musique concrete techniques. Reamping is also a favourite technique. I have a healthy selection of world acoustic instruments which I play badly to make nice noises through interesting electronic signal chains. However, perhaps the most important bit of gear in my studio, and the one I used mostly on this album, is my lovely Yamaha YUA upright piano”. Hear more from Benji here.

“When I co-composed “labyrinth” with Kristen Agee, the main sequencer platform I was using was Digital Performer. The great part about the process was that the initial demo was done in Performer, then we actually extracted the parts and recorded them with a live string orchestra in London. Once we were finished with the recording and had the stems sent back to us, we got to manipulate them and add new parts to them which created a really interesting hybrid sound between the live orchestra and the unusual sounds we married to the track. The result is it really interesting parallel between the light and the dark, or said another way, between the live and the synthetic”. Hear more from Stephen here.

“I mainly use Cubase – it’s where my workflow feels most fluid and where I seem to create the most cinematic music. The ’reference mixes’ (used to create the scores for the recording sessions at Air Studios) were created using Spitfire Audio’s Chamber Strings library which I use extensively in my music. I don’t tend to use much outboard gear as most of my work is done on my 88 key, fully weighted MIDI keyboard by Nektar”.

“This track started out on a Moog format modular synth with the low pulse that sounds a bit like a kick drum, the groaning sounds, and the high bending texture that builds up later in the piece. I was just messing around with sounds at the time so I didn’t record anything to a click. I found the tempo later which is why it’s 101.3 bpm or something like that, and just started assembling layers of things I had recorded. Everything went through my BAE 1073 mic pres on the way in. I tend to think of analogue synths as instruments like a Trumpet or a Bassoon, so almost nothing was done to them once the performance of the sounds was captured in this case. I sent the tracks to Benji, and he arranged and recorded some very cool string ideas in London and then I used parts of them to assemble
the arrangement that is on the record”.

“I had a piano sketch with a violin melody on top, originally… I use Imperfect Samples pianos a lot for sketching as well as in final tracks because they have a bit of extra realism and charm that I love. I also use Omnisphere a ton, which is where the ghostly piano sounds come from in this one. Once Kristen replaced the solo with a full string section, the piece was transformed… hence the name”.

You can stream the whole of The Light & Dark: London here.

411 Music Group is a one-stop-shop music house, based in Los Angeles, which provides synchronization licensing, custom score and publishing administration. The company’s founder and CEO Kristen Agee secures global partnerships for 411 and oversees the creative and strategic business. Agee started as an artist/writer/composer and continues to make music and executive produces a number of the scores and custom work the company does for their clients in the film, television, and visual media space. The idea of putting together a project that brought together composers with different backgrounds and talents had been brewing in Agee’s mind for a while, with the idea of recording an orchestra at Air Studios in London.

Find out more about 411 at 411musicgroup.com