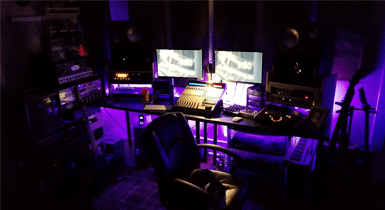 We’re in Pittsburgh, PA visiting Christian Olmeda’s Southground Records where we chat metal and hardcore recording, being won over by Logic Pro X and dream gear… 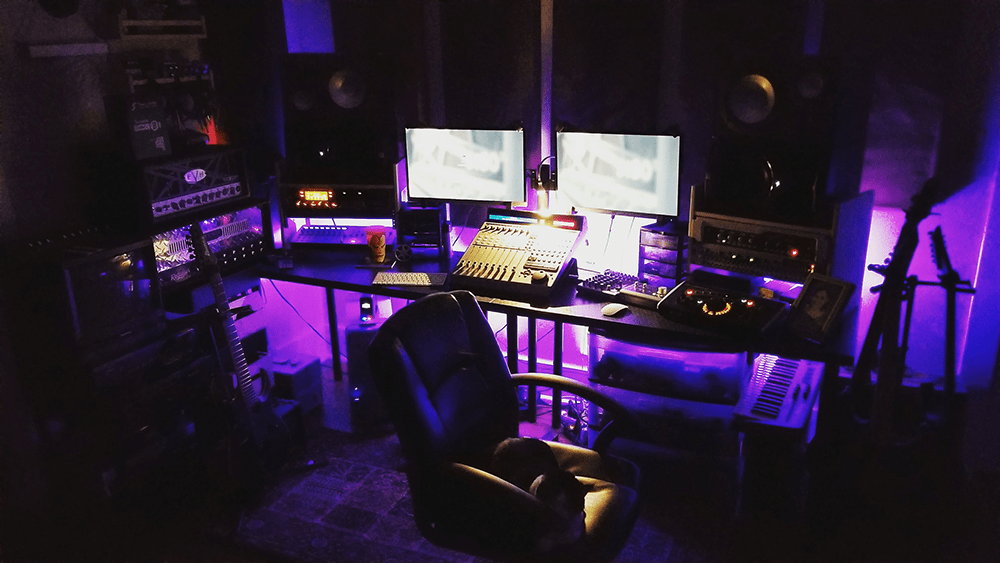 1. Tell us a little about the studio, where you are, how long you have been there?

The studio is really an extension of the musical production work I’m doing at any given time and has been of all sorts of scales and purposes. I’ve had a studio in one form or another for the better part of 15 years.

Initially Southground proper started as a coop-type musician’s project studio for a number of bands in the metal and hardcore music scene in San Juan, Puerto Rico back in 2005. I now live in Pittsburgh, PA and the studio is now in my home mostly functioning as my workspace for mixing, re-amping, scoring and production of my own projects and collaborations (mostly within the realm of extreme music).

In bringing down the real estate and volume of gear I had (with the birth of my son, I used the old studio room for his new room and this exercise forced me to reevaluate how much gear I really needed), I found it was actually great to force myself to really look at what I use and what I actually need. This informed my current setup built around my Audient iD14 (might upgrade to iD44 soon!)

Some of the core stuff!

My primary DAW is now Logic Pro X and that has been a profound change for me. I still run Avid Pro Tools 12 and had been primarily a Pro Tools user for the last 7 years having jumped from it intermittently to Cubase and Audition from time to time. 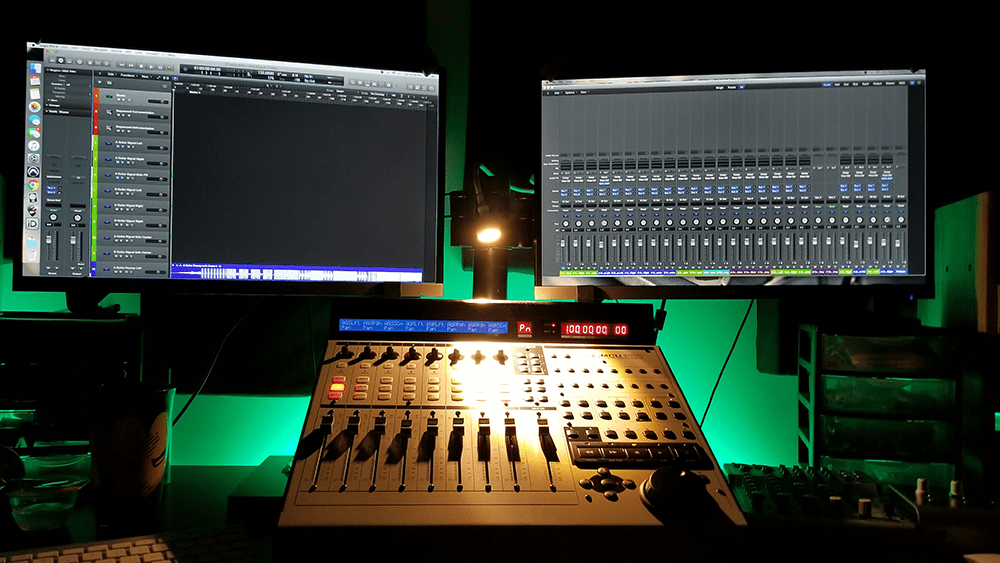 As the nature of my work changed (from just mostly tracking and mixing live audio to post-production, to now full production lifecycle) I found freedom in the features that Logic Pro offers for very low cost overhead.

I can live within Logic, produce great results without the cost and compatibility/stability/hardware future-proofing concerns of the Pro Tools life. I’m 100% sold on Logic Pro X now.

4. What is your favourite piece of gear and why?

As a mixer/engineer, I can’t say enough about my Audient iD14. It is the most pristine output I’ve ever had out of a project-level interface. I had an RME 16 back in the day and this blows that and every other interface output out of the water. World-class converting, and those channels are console worthy. An honorable mention to the Mackie MCU Pro, with the iD14 and my MCU, I do not miss my old, bulky desk and hardware.

I think from a recording perspective as a guitarist, the TwoNotes Torpedo is such an amazing product; when you live in an apartment as I do, and need to track guitars and need to leverage the strength and high output tone of your amps but can’t make real noise, those late-night session successes are all due to the Torpedo. These guys design absolutely killer gear and since I’ve had it, it’s changed my schedule flexibility as an at-home project studio.

5. How often would you say do you spend in your studio per week?

6. How do you use your studio?

I do both but mostly mix and track select instrumentation. Currently (and in this era of everybody going DIY) I’m a professional resource to mostly self-recording musicians who need help getting to that professional sound, or help with particular aspects of capture and production, such as re-amping, percussion mixing or full production mixing of their own tracked material. 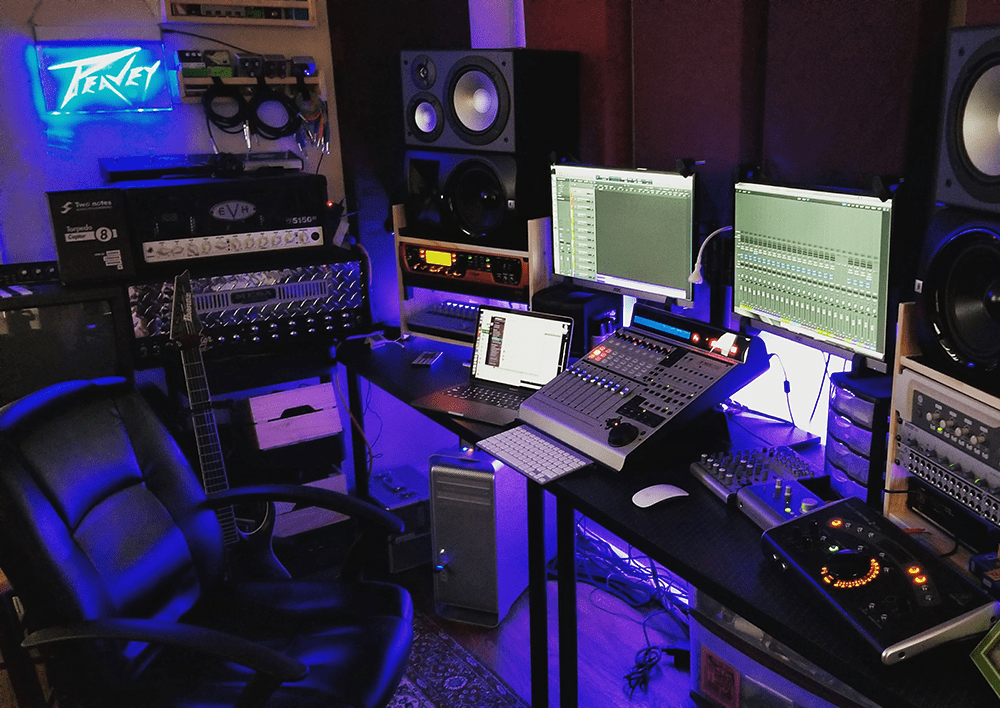 I do some digital mastering work. I used to own a brick and mortar studio and recorded bands professionally (mostly in the demo and EP range (but did put out LP’s from time to time). As far as recording, mostly I record my own projects in my space at home.

7. What is next on your shopping list studio wise?

I am considering upgrading to the Audient iD44. It’s retaining the quality and ease of use that I’ve become accustomed to with my iD14, but would significantly ease my re-amping workflow with the added output and routing options.

8. Anything annoy you about your set-up and why?

I found myself having to get rid of my big furniture as I used it in my mix room previously. But dramatically shrinking down allowed me to simplify my life!

I went to Ikea and just back to basics with a straightforward built set of tables, used some of those hacks on the internet to make simple racks and have fallen in love with hacking simple, budget friendly furniture for my needs! Less is more in many ways!

9. What is your dream piece of gear and why?

I think a Rupert Neve Designs 5060 Centerpiece has been on my mind for some time now. I think it bridges the power of old school Neves with the ability to interface well into modern DAW’s and it’s one of those investments that would likely bring me to the ultimate balance of both worlds.

But if Audient takes a crack at something like that with their beautiful pre’s for a project studio pricepoint? Then… hey Audient!? (Wink, Wink) Make it happen please!

10. What is your top piece of production advice?

I mix for a lot of people and the number one problem is assuming it can be fixed later. If you love what you hear in the room, any decent quality mic will capture it fairly well. It all begins (and I would argue is made or broken at performance capture). If the source is good, and the capture is good, your production will thrive and mixing will just be an organic summation of everything. 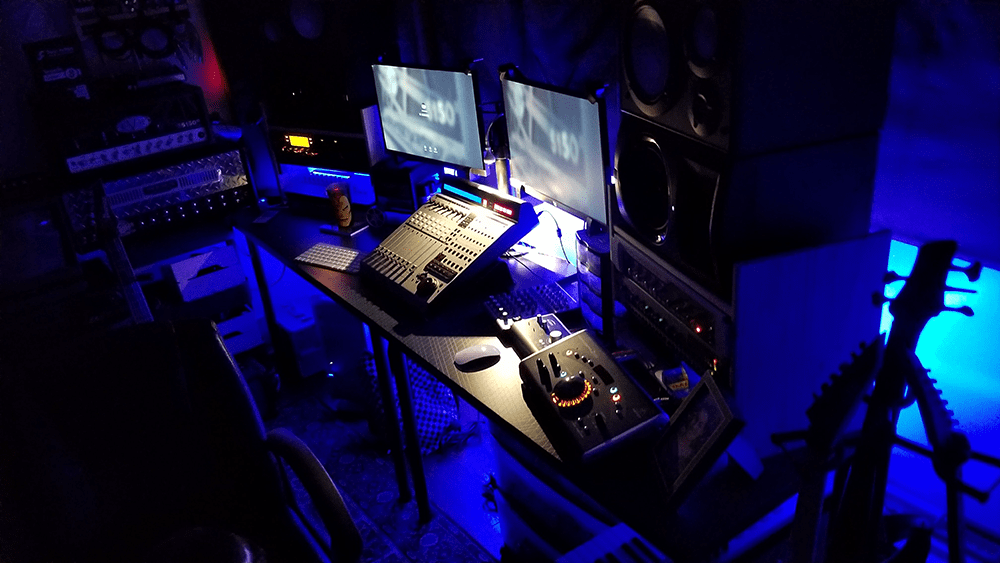 And from a mixing stand point, less is more. Don’t cake your mix with plugins and EQ. Add elements slowly and let the mix breathe (even with heavy music). If your deadline is not too tight, tackle different projects in-between. Changing between projects allows for fresh perspective when you do return to each and may provide a perspective you would have otherwise not had.

11. What is the one piece of advice you would give someone starting out building a studio?

Know thyself and your goal.

Understand what you want to create first and foremost. This should inform your investments in room design, gear and software. If you are building a project studio, focus on the elements that inform your goal: it’s seldom aesthetics and more often the product (quality of conversion, preamps, etc).

If your studio is a business, consider properly evaluating space or securing space that can be modified and prepared for a studio even before your first piece of gear is moved in. Knowing your goal informs practical and efficient use of resources (of all kinds).

If it’s just for your to create your own music, nobody is going to care what your studio looked like when they listen to your work, they will listen to the end result of your efforts.