We’re staying in Italy for quite a different set-up, a smaller but perfectly formed studio belonging to Enrico Castiello who produces his own music and teaches music production… 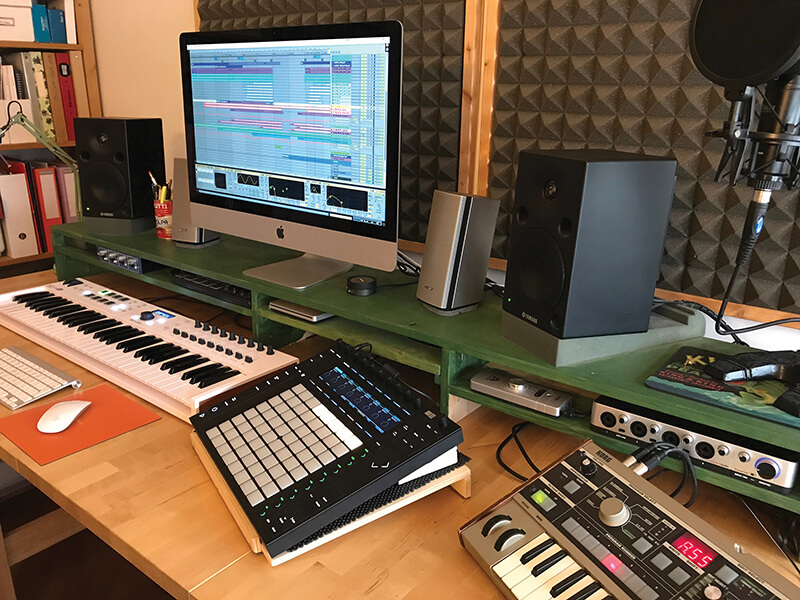 Tell us about your studio, Enrico…

My studio is situated in Lucca, Tuscany in Italy and has been active since 2001.

Ableton Live 9 Suite and I am just switching over to v10. I’ve been using Ableton since the first version came out. It’s just the most intuitive DAW from my point of view. Once you’ve learned all about its capabilities you just can’t live without it and the sky is the limit.

It is just simply the most enjoyable DAW for me and it is a very clear and easy way to record, compose and produce music. And all of Ableton’s instruments and effects are really good quality too.

Like I say I use a lot of Ableton instruments and effects but there is also a lot of other gear that I love to use. First, there’s my old microKORG synth which has all of these beautiful sounds from the ’70s and controlling them directly from the synth is just fantastic. The VSTs I mainly use include Rob Papen’s Blue 2. The patches are just great – it is really what Rob Papen himself calls a cross-fusion synth with lots of choirs and strings and nice pads. 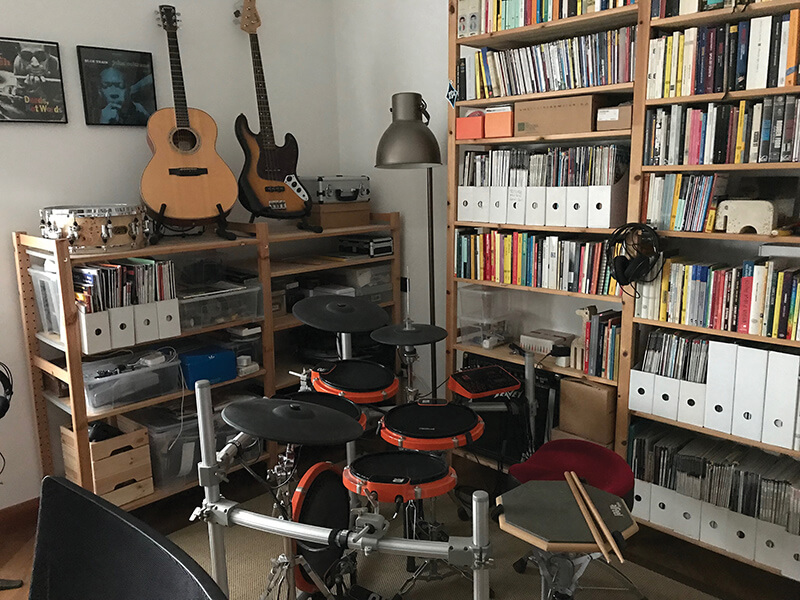 I also like the Arturia Mini V – if you love funky lead lines from the ’70s like I do then this is a perfect choice. Then there’s NI’s Scarbee Mark 1 – I just love the classic electric piano sound. I also like Waves’ Abbey Road Studio Compressor – well if you love music then you have to own something with Abbey Road Studios written on it! It’s a perfect compressor and easy to use. Finally there NI’s Guitar Rig 5. It is so easy to create your own sound and very fast.

I mainly use my studio to record my own work including my latest single as Eric c called If You, available on iTunes, Amazon and Spotify. I also record live stuff with my band, the Red Wine Blues Band.

Anything annoy you about your setup?

Not really and that’s mainly because I’m pretty sure about what I want and the sound that I want before I buy anything and I always try it out too.

A real Minimoog Model D. I would spend at least an hour a day looking at it – it’s just so beautiful!

I know Ableton Live inside out and have been teaching people how to use it for many years. I always tell my students that they should have an idea of want they want to achieve and also know the sound they want. But mostly I tell them to learn to use the gear that they have inside out. There are so many people around that have so much stuff but they just don’t know how to use it. It’s better to own less but know it more. “Less is more” as the great Miles Davis used to say.