Show off your Studio – Part Fifteen

It’s time for our latest Show off your Studio monthly roundup where we interview you, our glorious readers, about your amazing home and pro studios. with your studios on show. We’ve got some corkers this month and some fascinating studio insight…. Martha Plachetka (aka Panic Girl) Martha has some of the finest synths in the […] 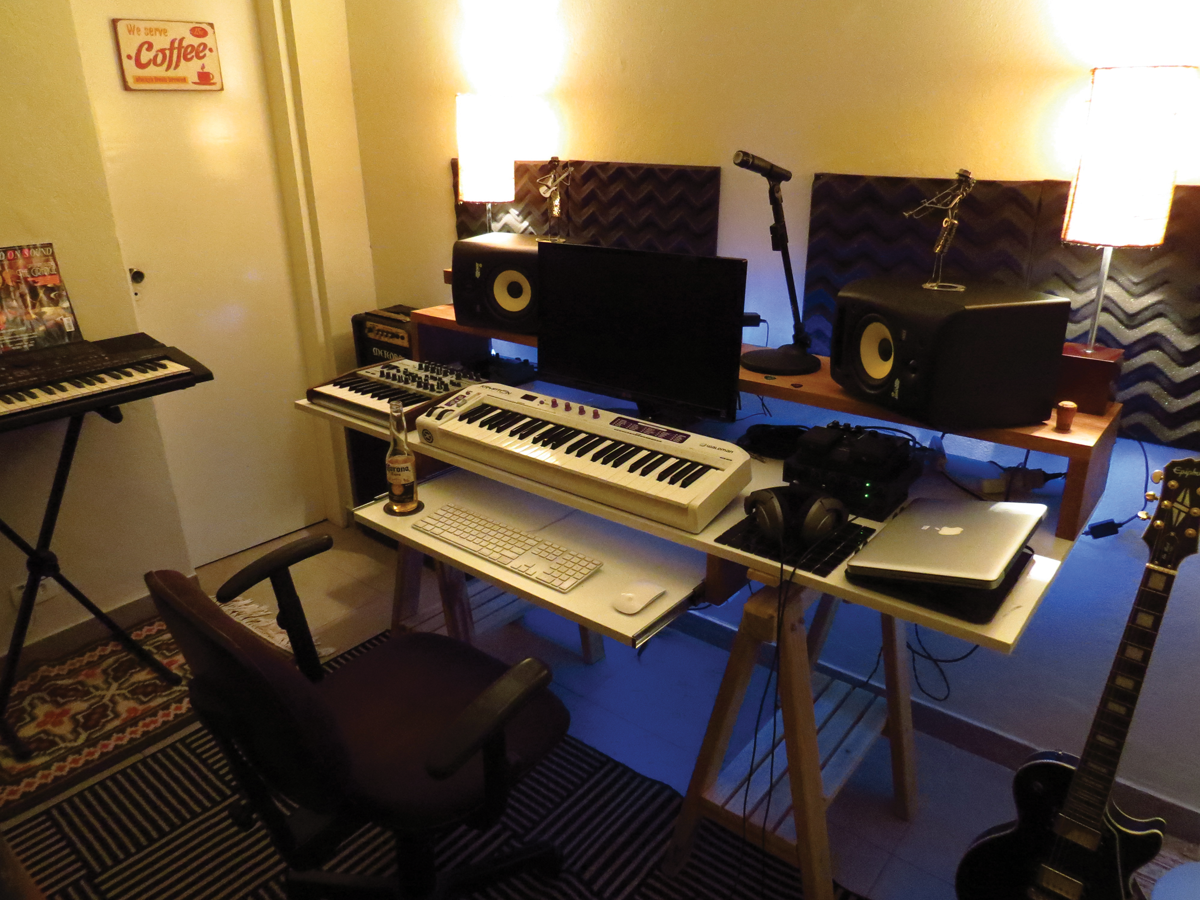 It’s time for our latest Show off your Studio monthly roundup where we interview you, our glorious readers, about your amazing home and pro studios. with your studios on show. We’ve got some corkers this month and some fascinating studio insight…. 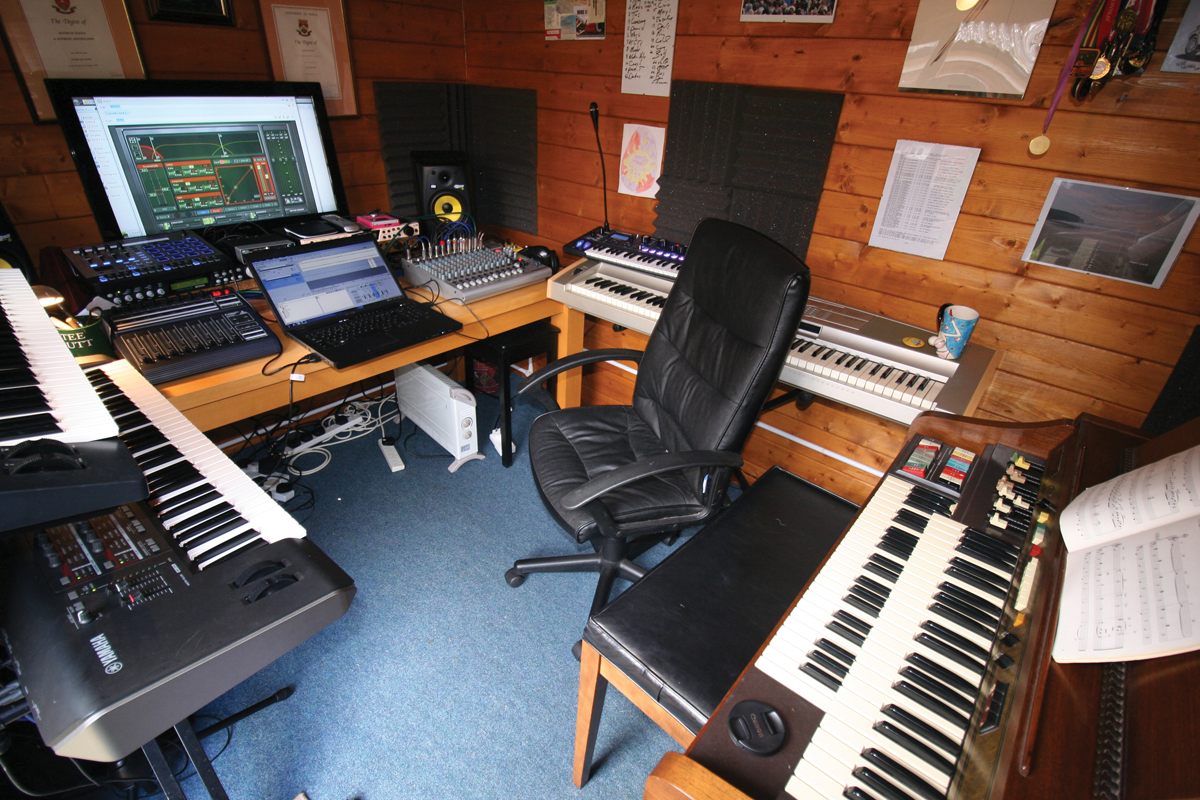 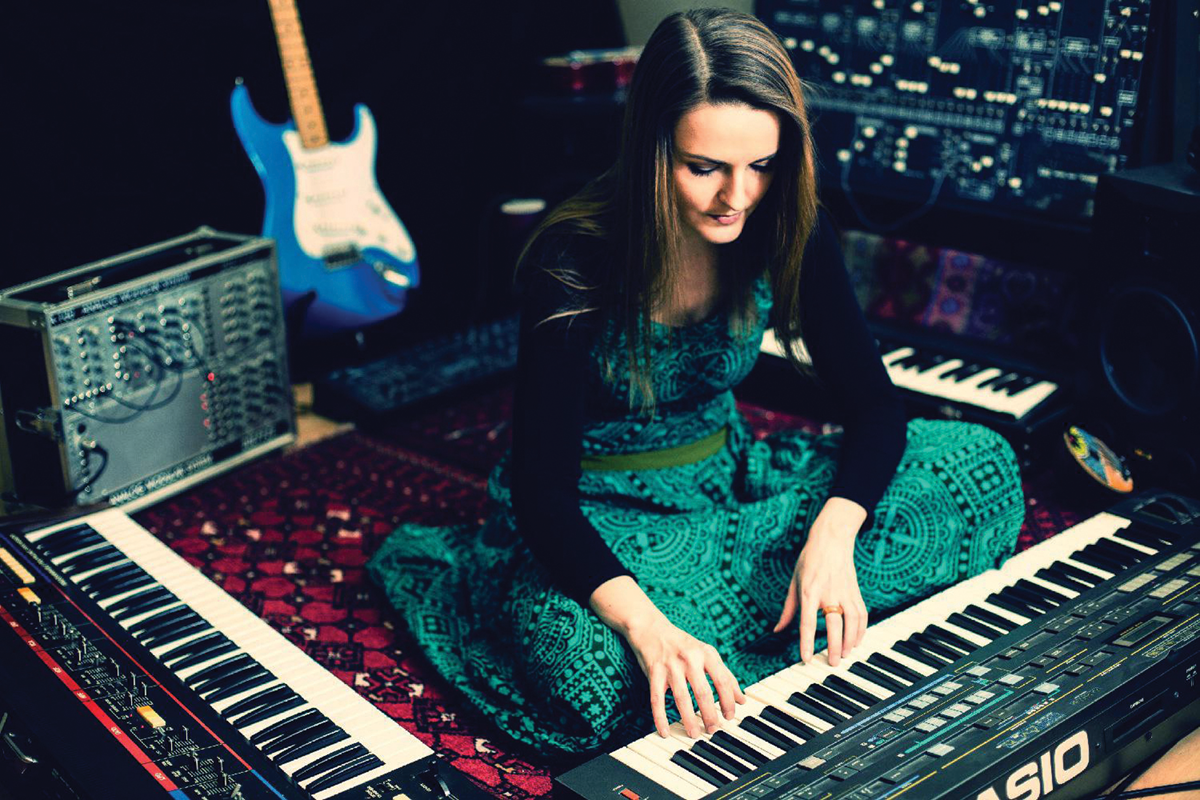 Which DAW?
I’m working with Logic, Live and Pro Tools at the moment. I started with Logic over ten years ago and it’s still my DAW bof choice, I know it inside out.

Favourite piece of gear?
That changes regularly, it depends on what inspires me the most at the time. At the moment I’m totally into the Jomox XBase 09 I got from a friend.

The sounds are great, you have some hardware in your hands and don’t have to look into a screen, which is very pleasant from time to time. In combination with the D16 Devastor you get some very bouncy and organic sounds out of it. 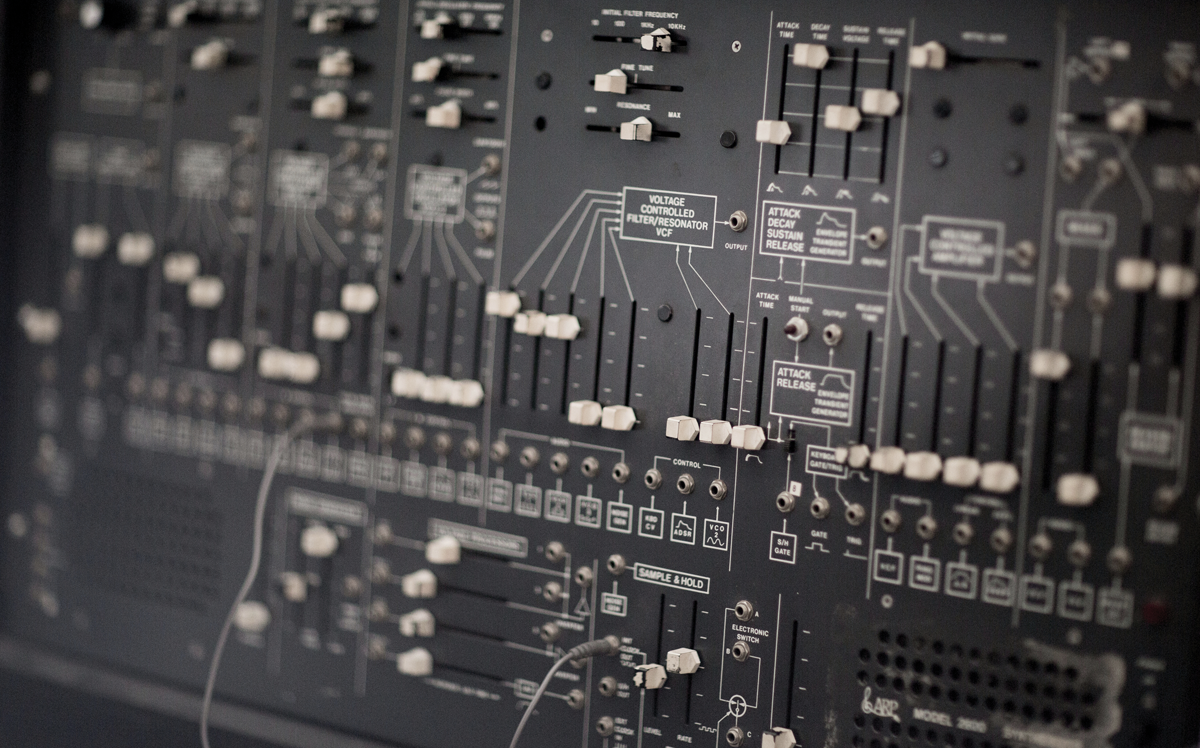 That’s quite a system…

How often would you say do you spend in your studio per week?
Everyday, I’m totally addicted.

How do you use your studio?
I’m working professionally as a sound designer, composer, music producer and from time to time I also get to test some gear, mainly synthesizers, for reviews. As Panic Girl, I’m producing trip-hop and electronica tunes, that get mainly released on my own label by now.

Does anything annoy you about your set-up?
Nothing really annoying, but a separate recording room would be nice.

What is on your gear shopping list?
Not sure yet, but I tend to get me a new module for my modular system. Or a MacBeth synthesizer, they sound amazing.

Dream gear?
A CS-80 would be a dream come true, the Blade Runner OST and compositions by Vangelis [big CS-80 user – Ed] are a huge inspiration. Or a big modular system with modules from companies like 4ms, Make Noise, Mutable Instruments, Endorphin.es and so on. Or a VCS3, the one used by Pink Floyd in On The Run for example, amazing sounds.

Though the new Elements synthesizer by MacBeth is amazing, too. Too many choices here! 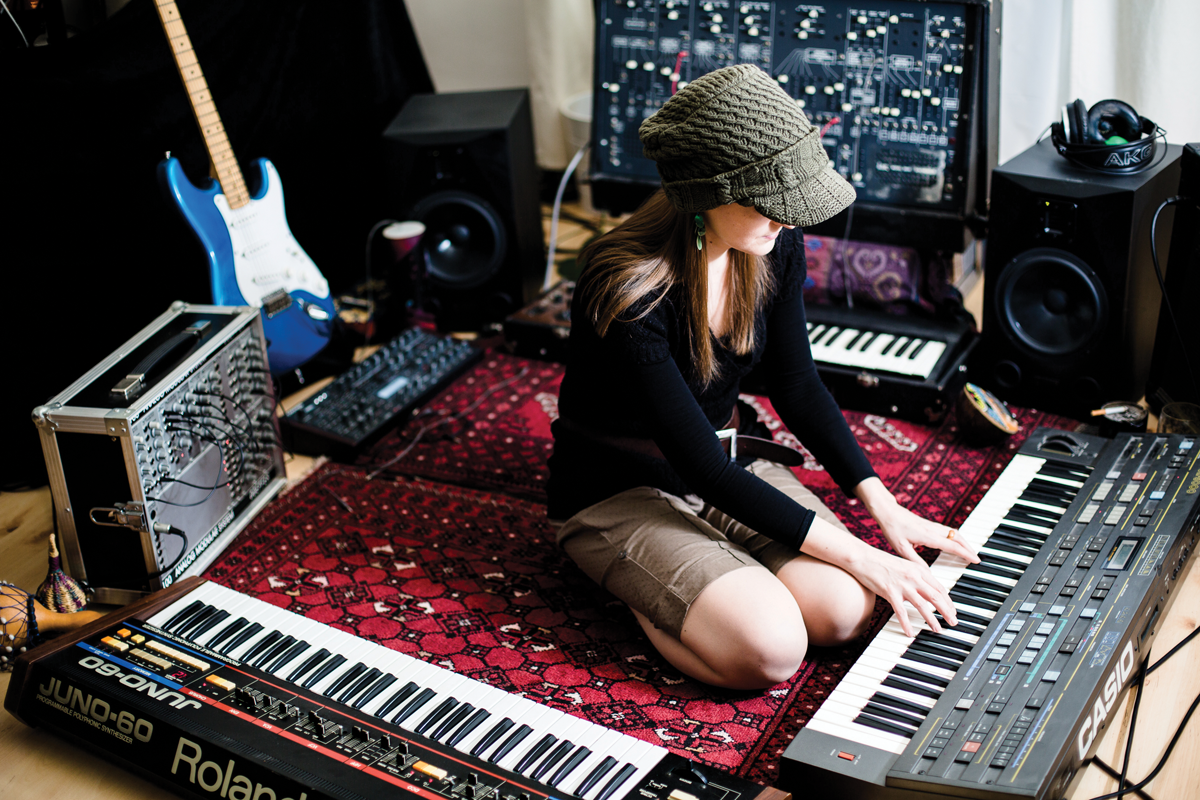 Do you have any crazy/interesting studio based anecdotes?
It’s not really a story that happened in my studio, but through my job as a writer I had the honour of meeting Peter Zinovieff in his house in Cambridge.

I got to see his VCS3, the original manual for it and many other interesting things – he’s still researching, developing, giving lectures and so on. Impressive and definitively a highlight for me.

Any advice?
It depends on what you want to do, but I think a good start for everyone setting up a studio would be to focus on good-sounding acoustics in your control room (and of course recording room if you have one). It’s the basis for everything to follow.

Compact and more gear than meets the eye…

Which DAW do you use?
I use Ableton Live for producing.

What is your favourite piece of gear?
The Arturia Minibrute SE. I also like the SM57 microphone which I use to record some vocals and percussion.

How do you use the studio?
I produce electronic music and I DJ at the weekend. I’m currently graduating in music production and I’m planning to start producing more bands as well.

Next buy?
The next thing I want to update in my studio is my monitors. I want to buy a couple of Focal speakers to improve my mixing and mastering perception.

Anything annoy you?
The only thing that annoys me a bit is the lack of acoustic treatment on my room.

Any advice?
To have the studio as functional as possible. Don’t try to innovate so much, and do try to get the best acoustics as you can get in your room. 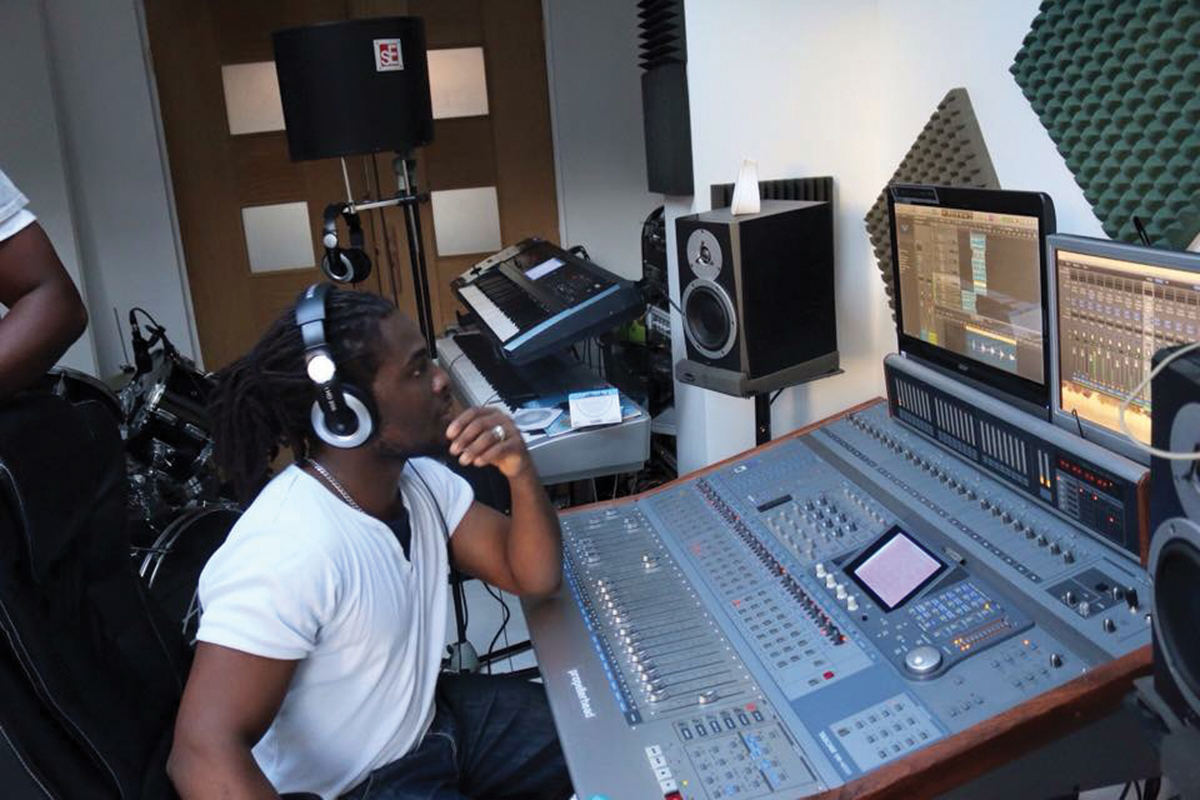 Be worried if Franky asks if you want Autotune

Which DAW?
I use Logic Pro X because I feel the sounds on Logic are more professional.

Favourite gear?
The Universal Audio LA 610 because I’m more of a singer and it seems to give me very big warm vocals with my Neumann mic.

How often do you use the studio?
Around six days a week.

Does anything annoy you about your setup?
Yes wish I had more space. What annoys me is the distance between my rack keyboard mixing desk and computer. If possible I would love to have two computers that would be joined together. One would be dedicated to mixing and the other for production.

What is next on your shopping list?
Because it’s my dream is to turn the studio into a more live set up I would love to get Avalon VT Preamp. I would also like to upgrade my current Neumann to a U87, upgrade my mixer to an SSL (preferably an AWS900).

We might get either a Neve, Black Slate Pro Dragon, Avalon or Focusrite ISA428 and in the future we also plan to get a lot more outboard gear.

Dream piece of gear?
An SSL mixer with at least 40 channels.

Do you have any advice to anyone starting out on a studio build?
My main advice to anyone would be to get to know everything about your equipment and gear inside out because it’s not about how much you have but about your knowledge on how to use it. Also, when it comes to buying gear it’s worth saving up to buy one good piece of equipment rather than buy loads of gear just because it’s cheap.

Any studio anecdotes?
I produced a beat for an artist a while back. He took the audio to another studio for the vocals and brought it back to me to mix and master. But when I heard it, the singing was so bad I almost turned it down but I needed the money!

As I began mixing, the vocals were so bad I had to use Logic’s Flex 2 to correct his timing and to put him in key. I asked if he was okay with me adding Autotune too but he disagreed because he wanted to retain his original sound as he believed it was unique compared to anything out there. I nodded in agreement. 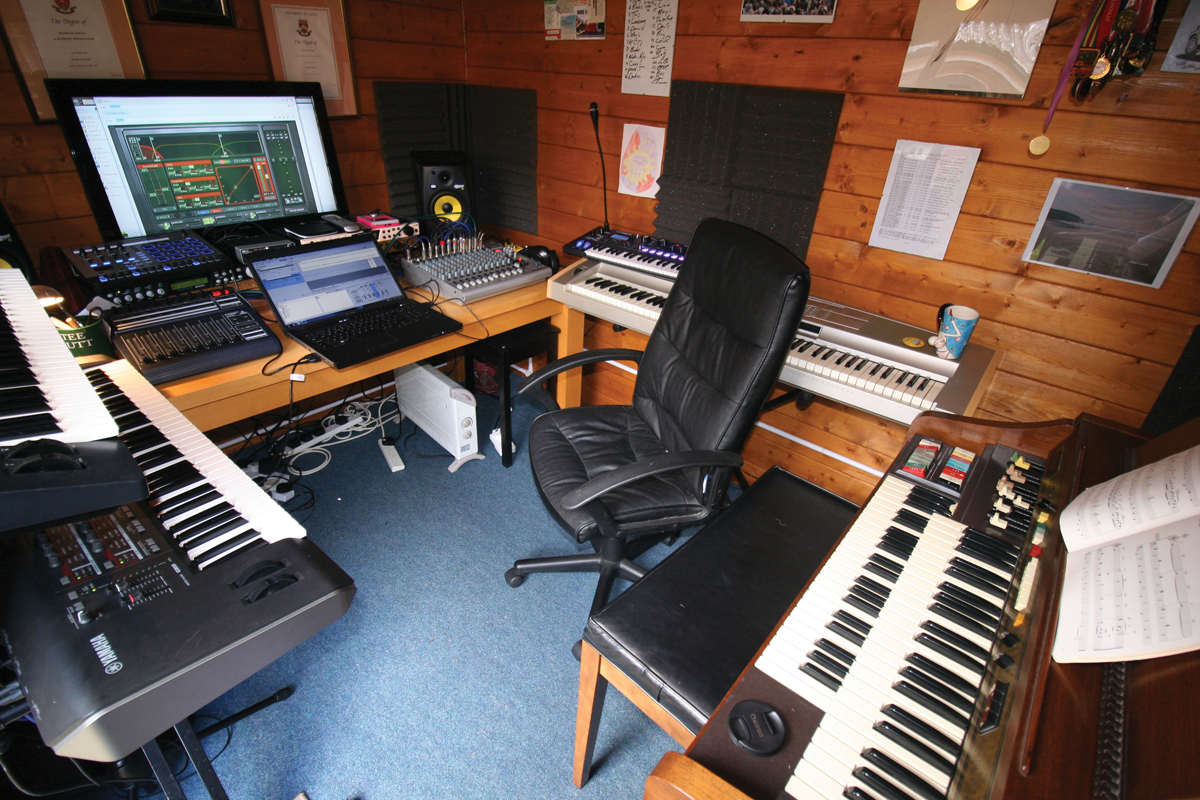 A studio is a studio!

Which DAW?
Sony Acid Pro is the first DAW I used. I’m familiar with it and it does everything I need. I’ve tried DAW demos but get frustrated. I do keep looking at Ableton and will put aside time to learn a new system.

Favourite gear?
The Hammond has a lovely tone but I’m yet to use it in my music – I just noodle away on it.

How do you use the studio?
Just for fun. I have done mastering, mixing and production work for others, though, and recently recorded a singer/songwriter, just vocals and acoustic guitar. I was really pleased with the results. But it is 90% for me.

Anything annoy you about it?
When you get all the connections for your soft synths and control surfaces set up, you save it but then the gremlins have swapped everything so nothing works. (Maybe that’s just me!)

Next buy?
I’m really tempted by the AIRA range. Maybe the TR8 and TB3.

Dream piece of kit?
A Yamaha CS80. Its linked with some seminal tracks.

Do you have any studio anecdotes?
My music is licensed by a company in the US and a track was used for a movie soundtrack and I was quite excited. I googled the studio. They make, ahem, ‘specialised adult interest movies’. Still, a soundtrack is a soundtrack!