Show Off Your Studio: Lastlings on recording their second album as bedroom beatmakers

Josh and Amy Dowdle detail how they create rich electronic pop in a stripped back workspace and which soft synths were vital in creating their latest album, First Contact. 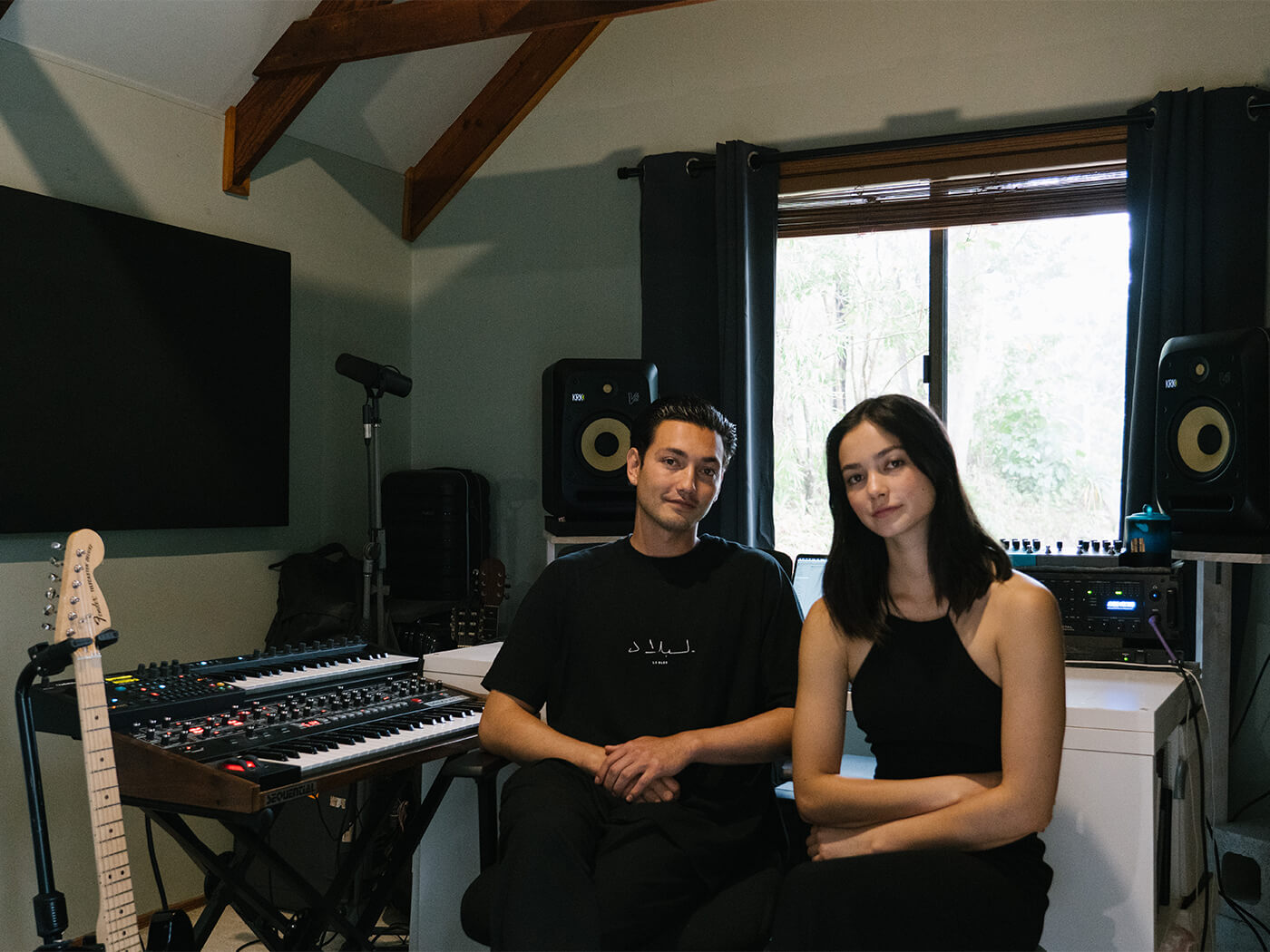 Japanese-Australian siblings Josh and Amy Dowdle, also known as Lastlings, have been crafting a blend of dark pop and melodic techno in Josh’s bedroom for around five years. Amassing over 650,000 monthly listeners on Spotify and hundreds of thousands of YouTube streams, the duo has caught the attention of SG Lewis, Glass Animals and multi-ARIA award-winning group, Rüfüs Du Sol.

Now signed to Rüfüs Du Sol’s label, Rose Avenue, Lastlings have been working on their second LP, titled First Contact. Drawing inspiration from the pair’s own fascination with sci-fi dystopian futures and their Japanese heritage, the LP explores themes from the likes of Kazuo Ishiguro’s dystopian novel Never Let Me Go and Makoto Shinkai’s anime, Your Name. In this week’s Show Off Your Studio, Josh shows us around his humble home workspace and tells us why sometimes less is more. 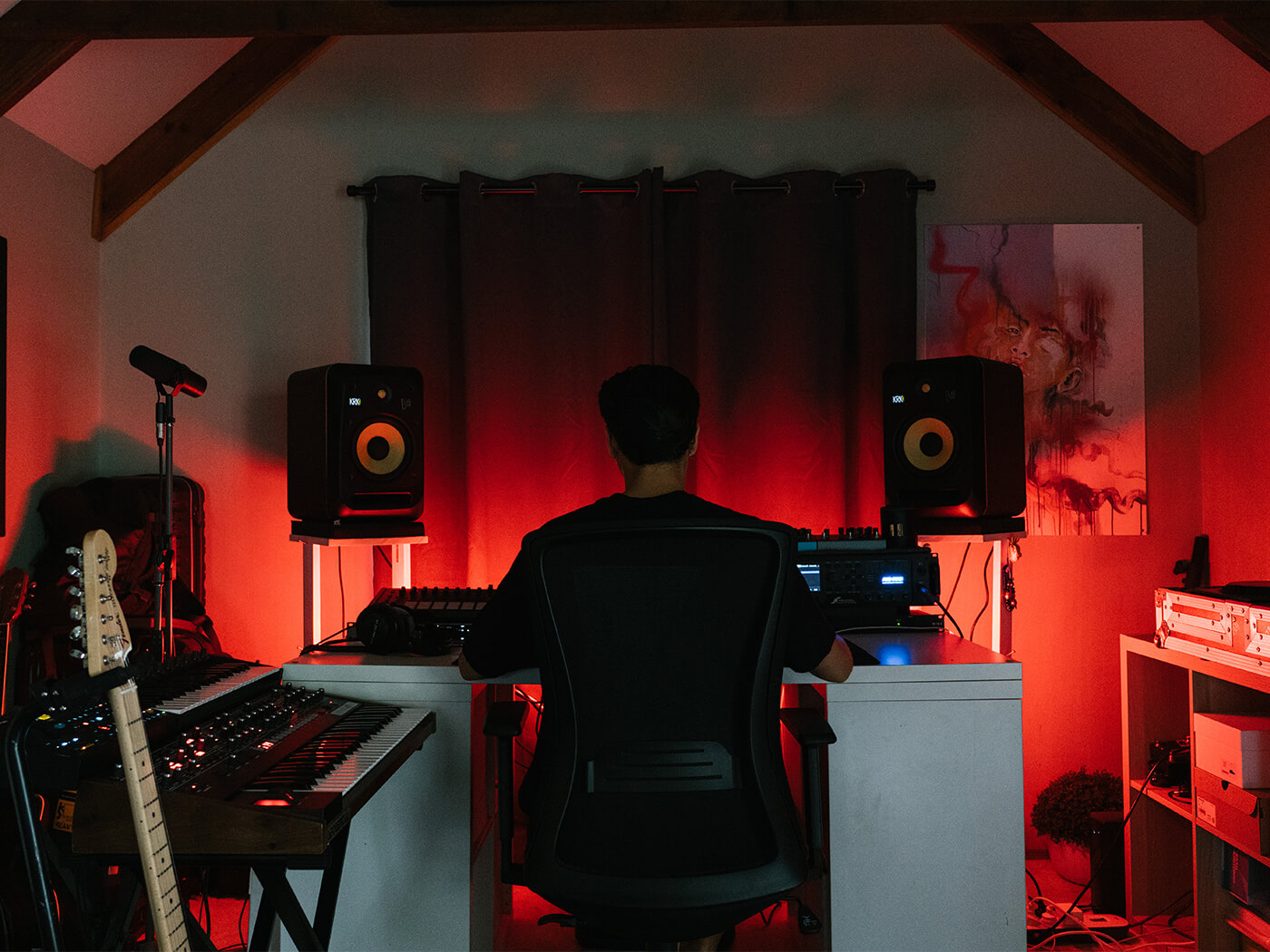 Tell us a bit about the studio, Josh!

Josh: Our studio is located in my bedroom. We live on the Gold Coast in Australia which is known to be more of a tourist surf town, but we live a little further out in the hinterlands surrounded by forest. It’s great because we live on a bit of land so we can make a lot of noise. We’ve lived here for maybe five or six years now.

All the recording and demoing happens here. The usual workflow is that I make an instrumental for Amy and she takes it away to her room and she writes there. We use the Shure SM7B for demo vocals to lay ideas down because it’s easy and quick to set up between our two rooms if she wants to go record on her own. All of the main vocals on the record were actually recorded at our friend Matt Bartlem’s studio using a Chandler REDD microphone that sounds amazing for Amy’s voice. Any ambient background vocals that we’ve recorded using the SM7B we just leave in and not worry about re-tracking. 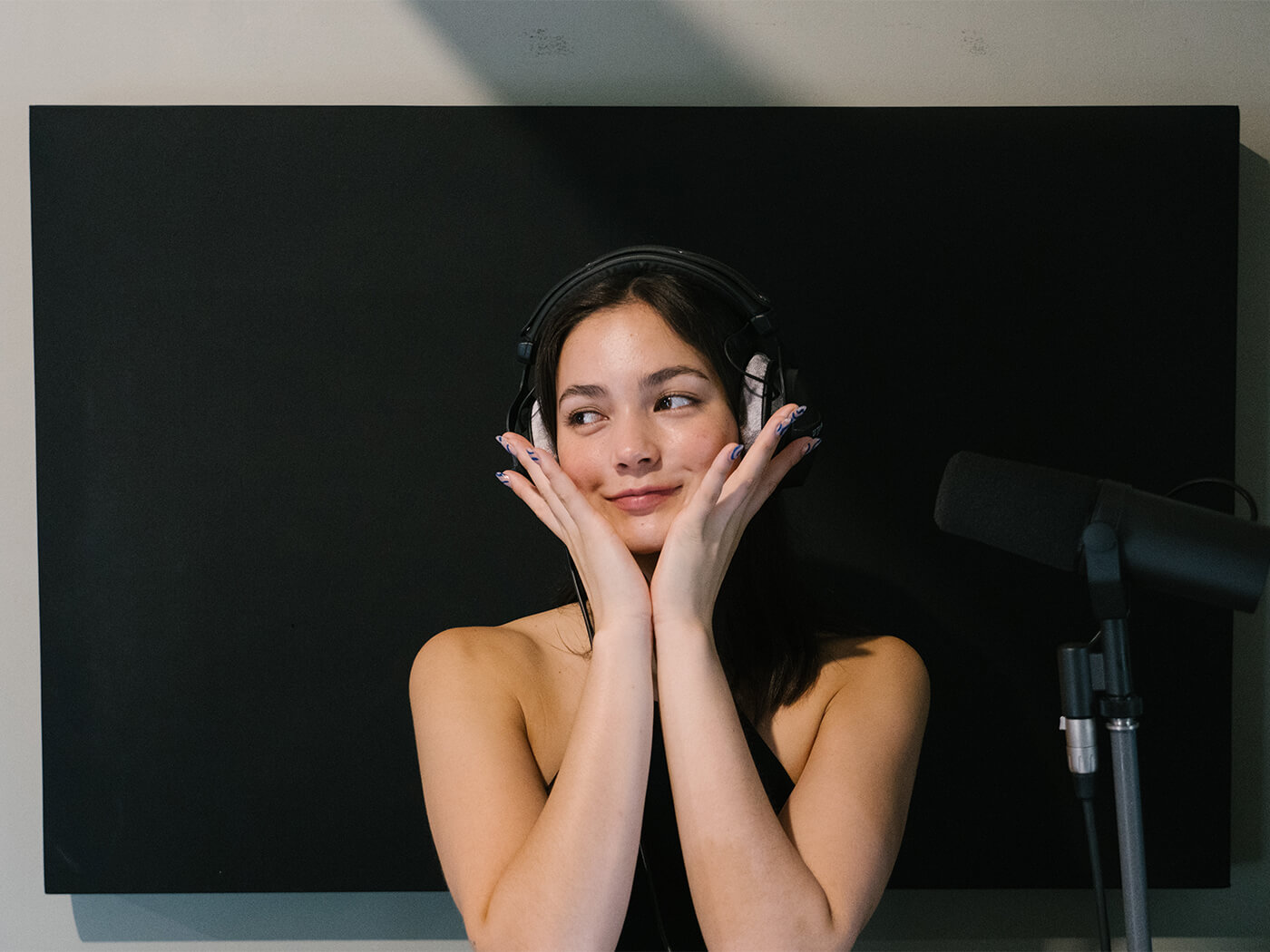 For First Contact we did some extra work with other producers to get them to a better place. We mainly worked with Cassian when we visited the Rose Avenue studio that Rüfüs Du Sol were finishing their album Solace in. There were a few other tracks on the album that we worked on with our friends Luke Alessi and GXNXVS, who had worked on our music on an earlier EP.

We use Ableton Live because it was the first one I downloaded – we track vocals through Pro Tools though. I spent a few months in Japan after I graduated from my biomedical degree and downloaded Ableton Live for the first time to play around with while I was over there. I have a pretty fond memory of making music when I was on the bullet train and could see Mt Fuji in the background. 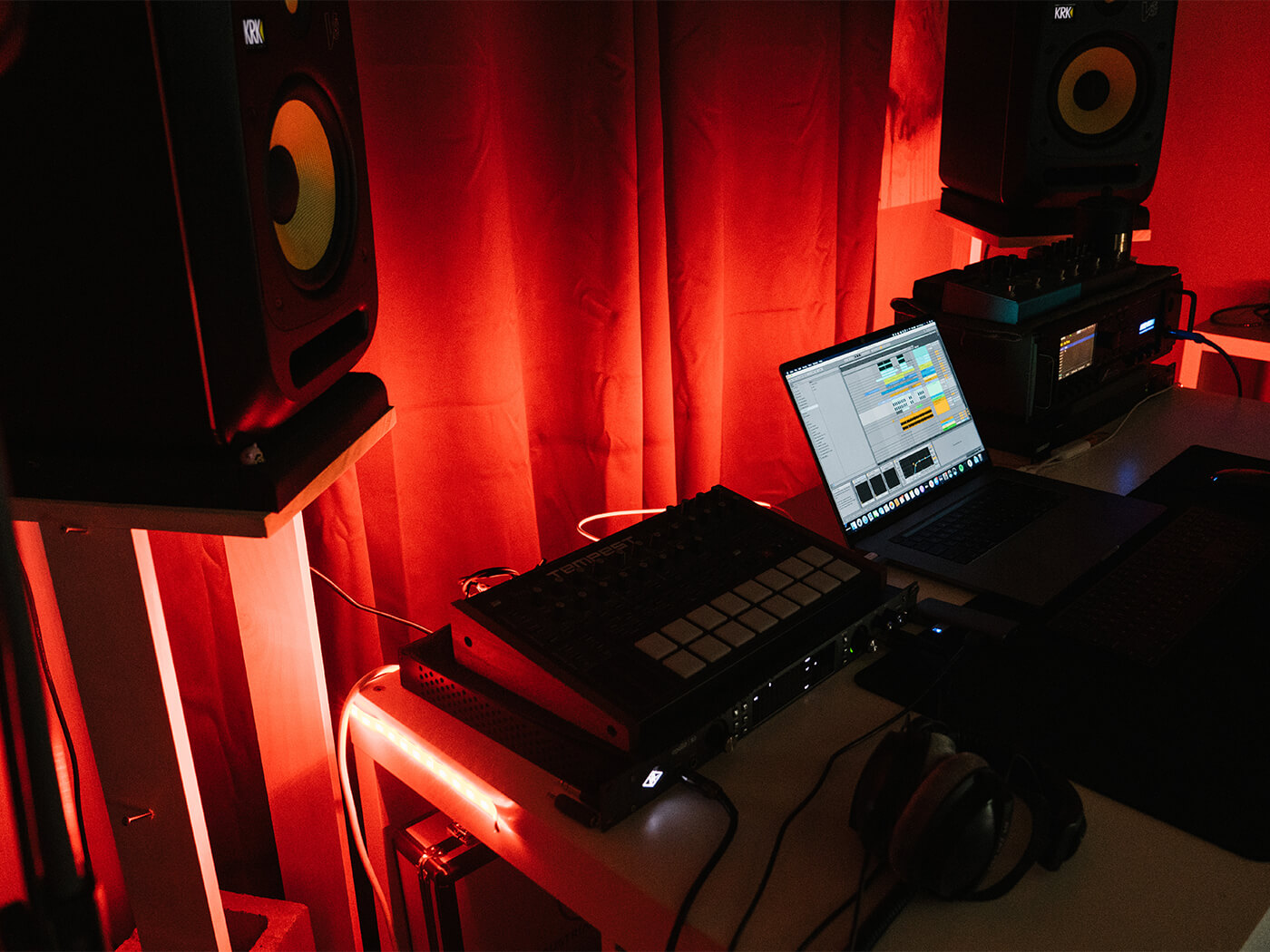 Probably the Universal Audio Apollo x6. I’ve only ever owned cheap interfaces and finally upgraded to this one. It’s excellent for tracking and the UAD plug-ins are amazing for mixing, too.

The Prophet-6 is probably my favourite piece of gear. The sounds you can get out of it are amazing; Cassian and the Rüfüs Du Sol guys got me hooked on it. We used it a lot on the new record. I recently got a small-body acoustic Fender guitar which I really like. The guitar was the first instrument I learnt so it’s really nice just stepping away from the laptop to write songs. 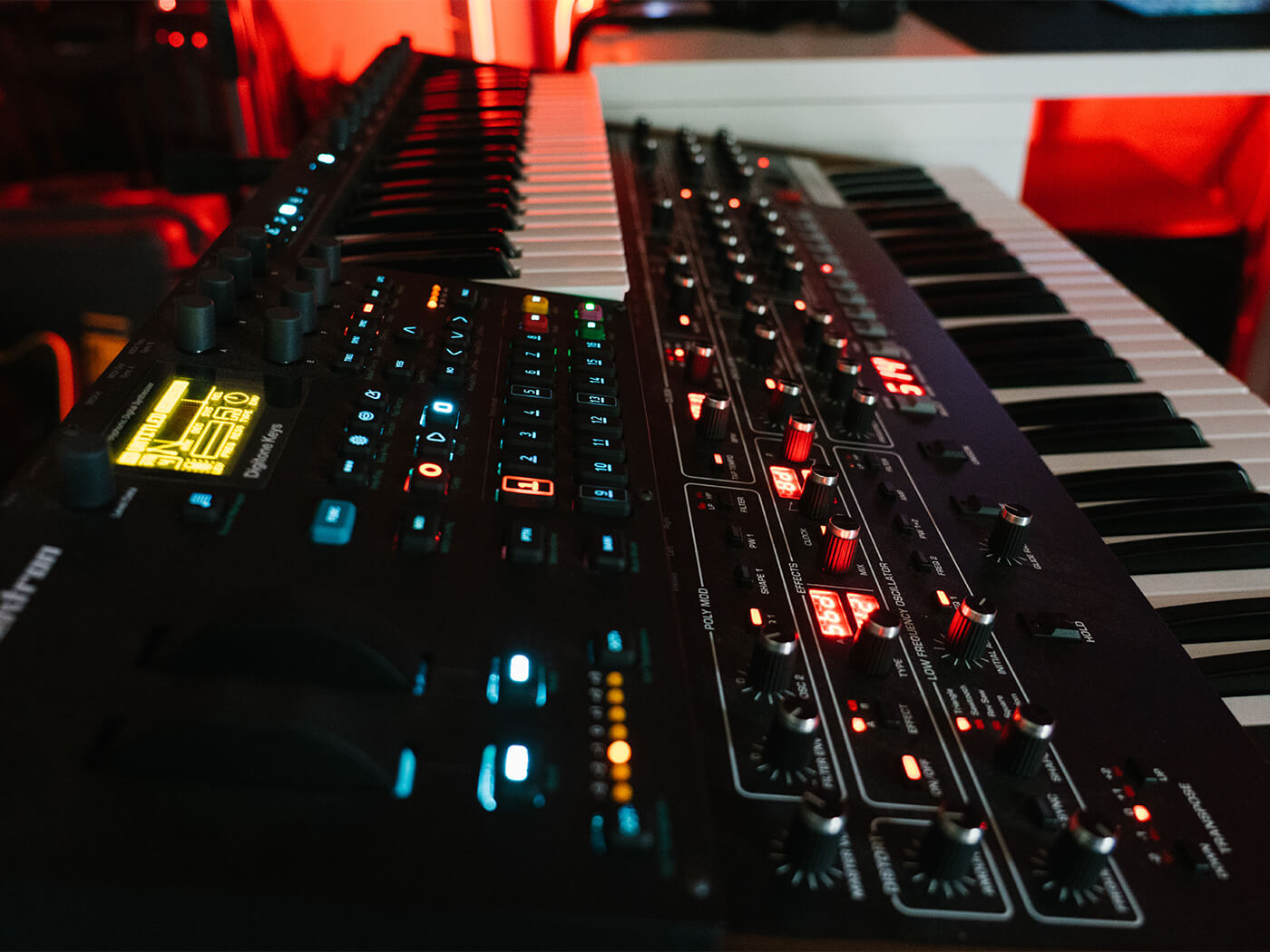 What synth or effect can be heard the most on your new album First Contact?

I used a lot of the Arturia software synths on the new album. The CS-80, ARP 2600 and the Mini-V and Native Instruments’ Battery for some drums. For effects, I used a lot of Soundtoys plug-ins and I love the FabFilter stuff as well. I also really like the bass sounds from NI Monark.

Did you learn any new production techniques when producing First Contact?

I learnt a lot from making this album and I learnt a lot from Cassian which I’m grateful for. I love learning and getting better so I was lucky to watch him work on our tracks with us. I still watch a lot of production tutorials or Twitch streams but I’m way more selective these days with what I watch because there’s some really misleading stuff on the internet.

Is there any piece of gear that was essential in producing No Time?

The synths are pretty essential. I think most of the synth sounds were soft synths. We used Synplant for some of the textural sounds and I think I used a bit of CS-80 for the stabs. It was so long ago I kind of can’t remember because we bounced it all to audio.

I just got new LIFX globes that can change colour and themes. I normally put on a blue or purple light while I’m making stuff. Sometimes if I can be bothered I’ll bring my salt lamp over from next to my bed. I usually burn incense or a candle or have my diffuser running. I find lemongrass is a good one for mental focus and energy. 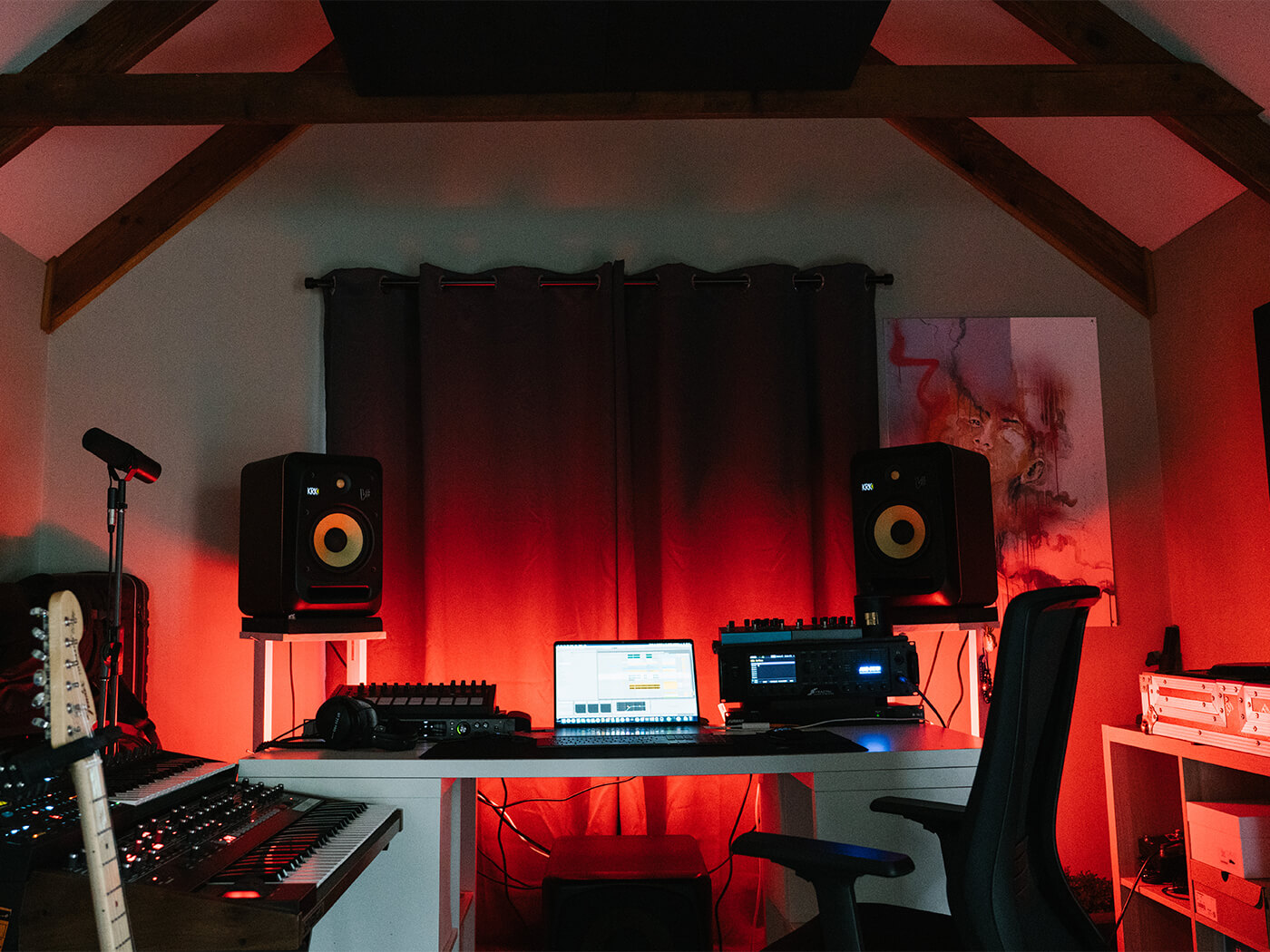 My room is pretty tricky because it’s so long and there’s a lot of space. A friend of mine built the acoustic panels for my room and we put up some thick curtains to create more of a studio sound.

I want to get some nice monitors like PMCs, but I’ll probably wait until we’ve done a second album for those because they’re quite expensive. A better vocal mic for Amy would be nice as well. I really want to start getting into modular gear. It looks really fun and interesting. 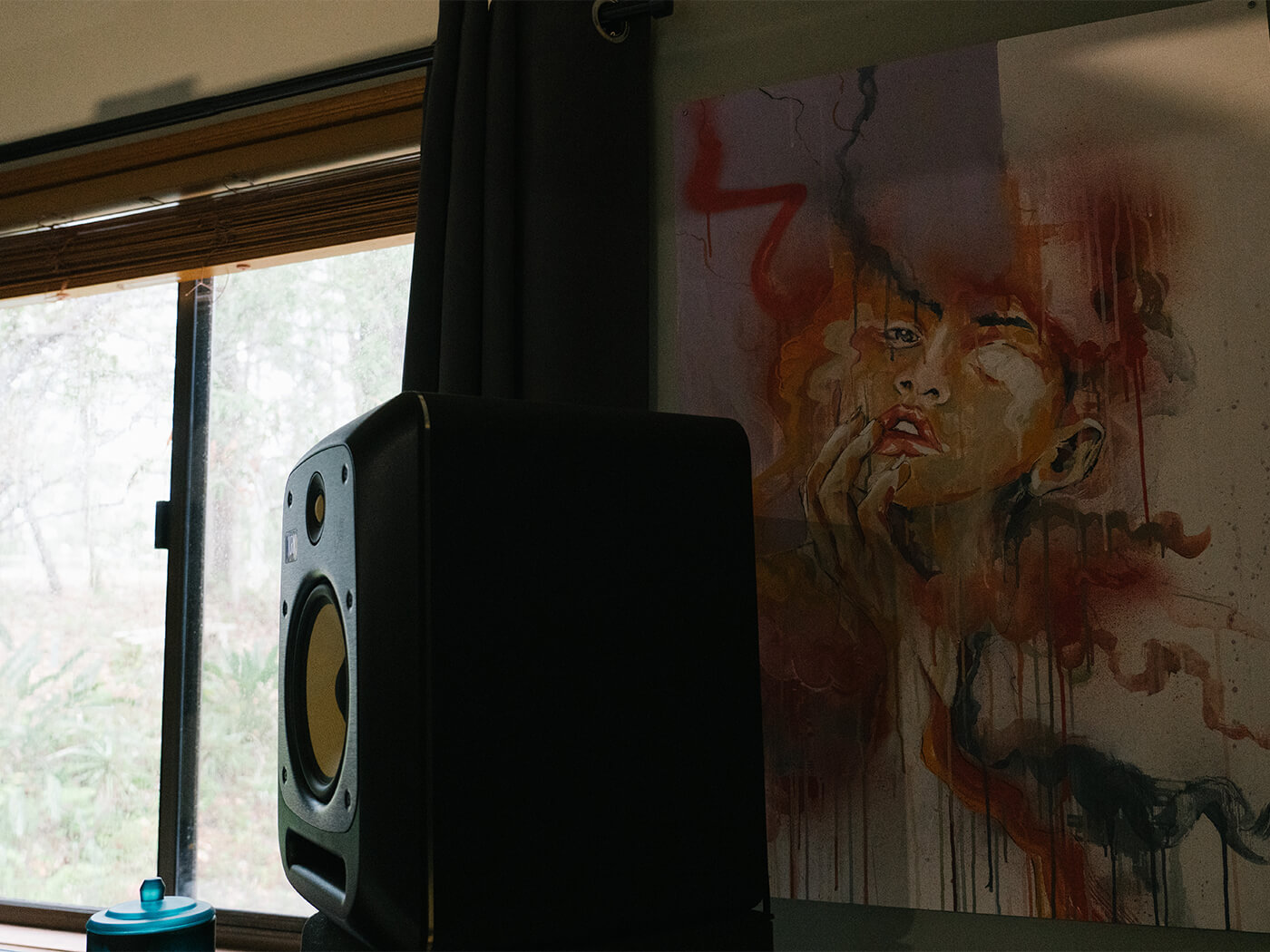 I really want a Moog One – they’re so expensive though. Hopefully one day we can get a grand piano – that is goals.

I think everyone says this but use good samples from the start and record the audio at high quality. Keeping it simple is good too. I usually overproduce things and then have to go back and take things out. 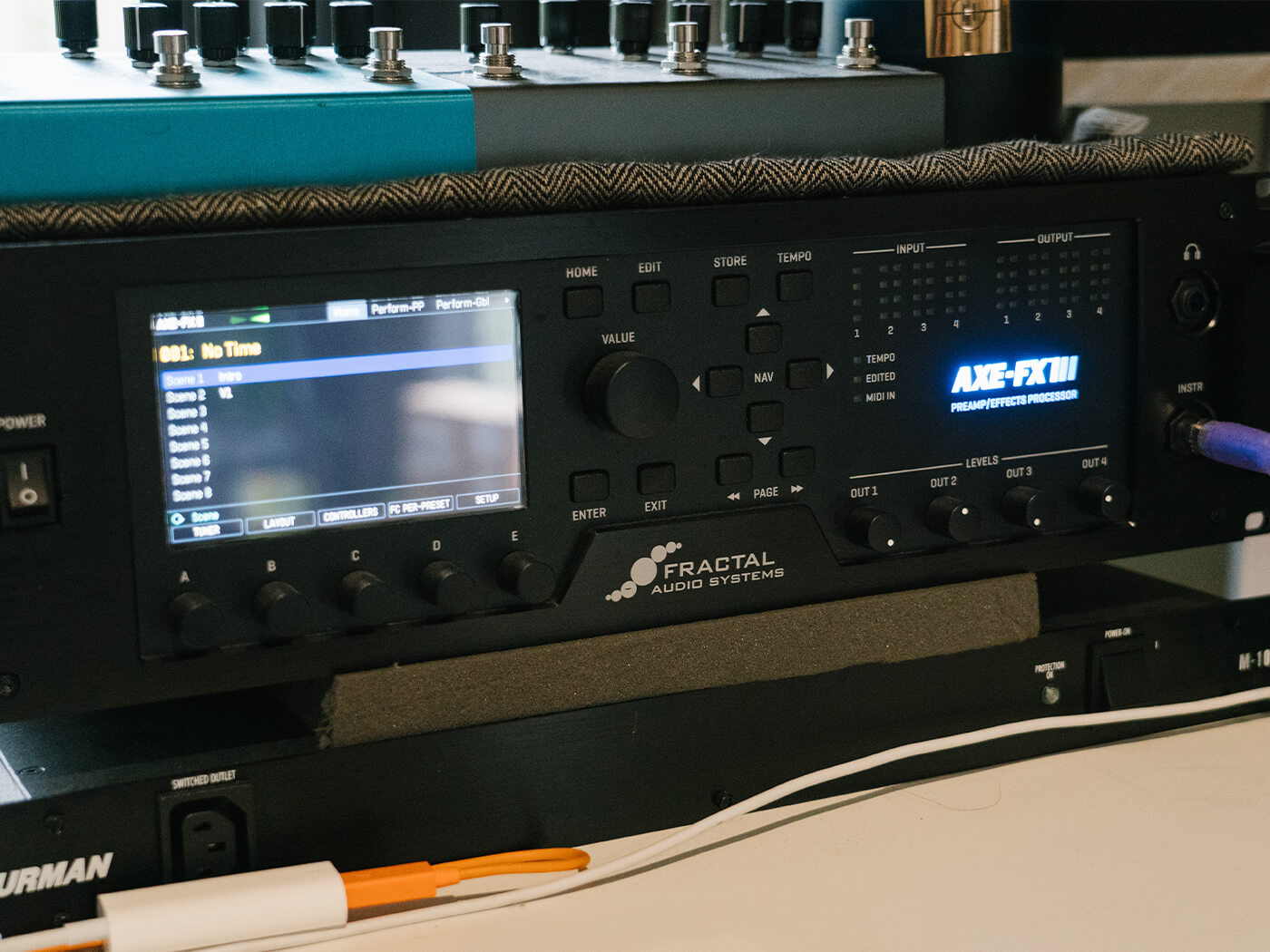 I haven’t really built anything too pioneering but I would advise getting the acoustics right in the room. Having a big desk and a good chair definitely helps because you’ll be sitting for long periods of time. If you’re recording instruments, definitely invest in a good interface. 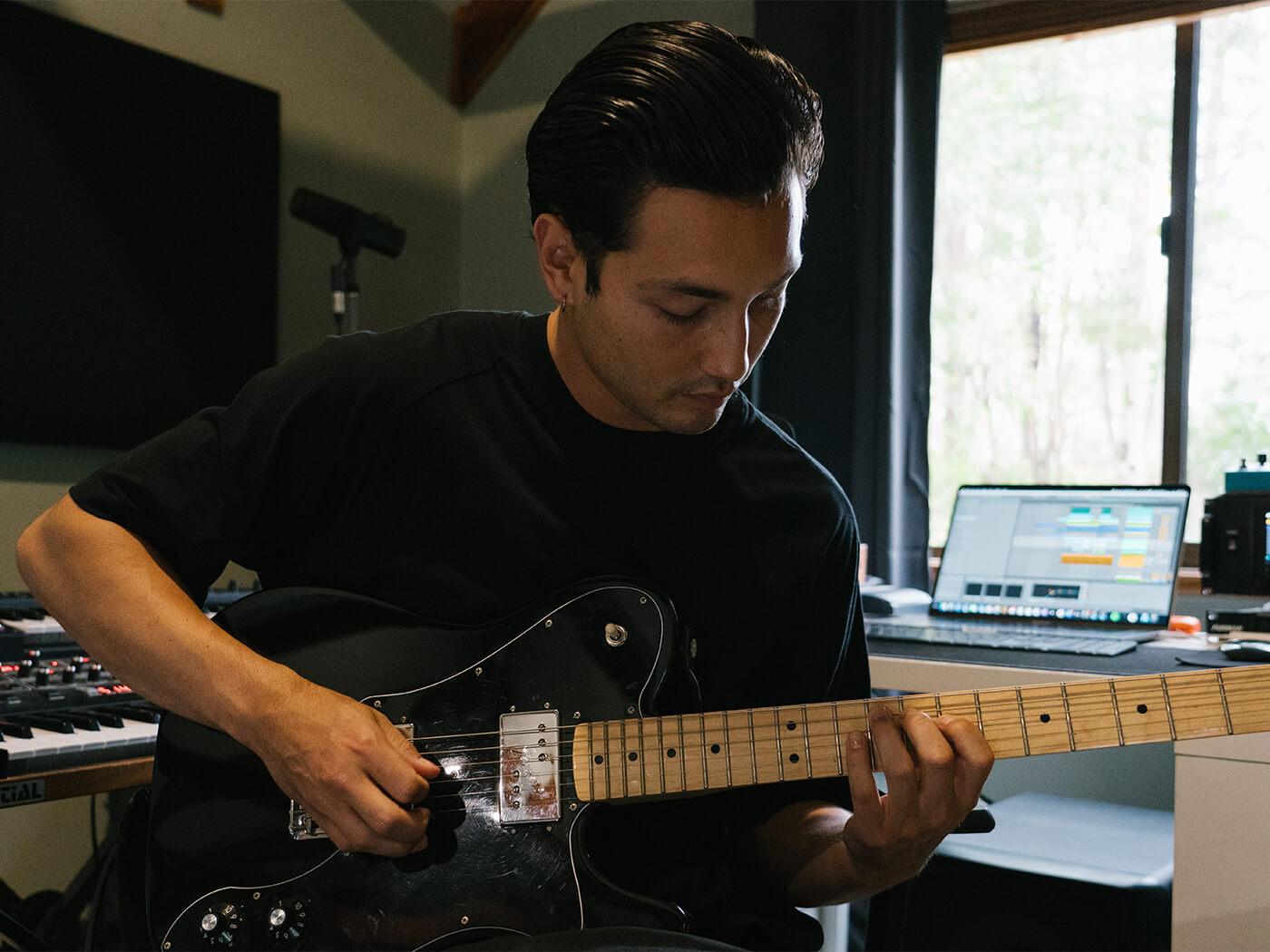