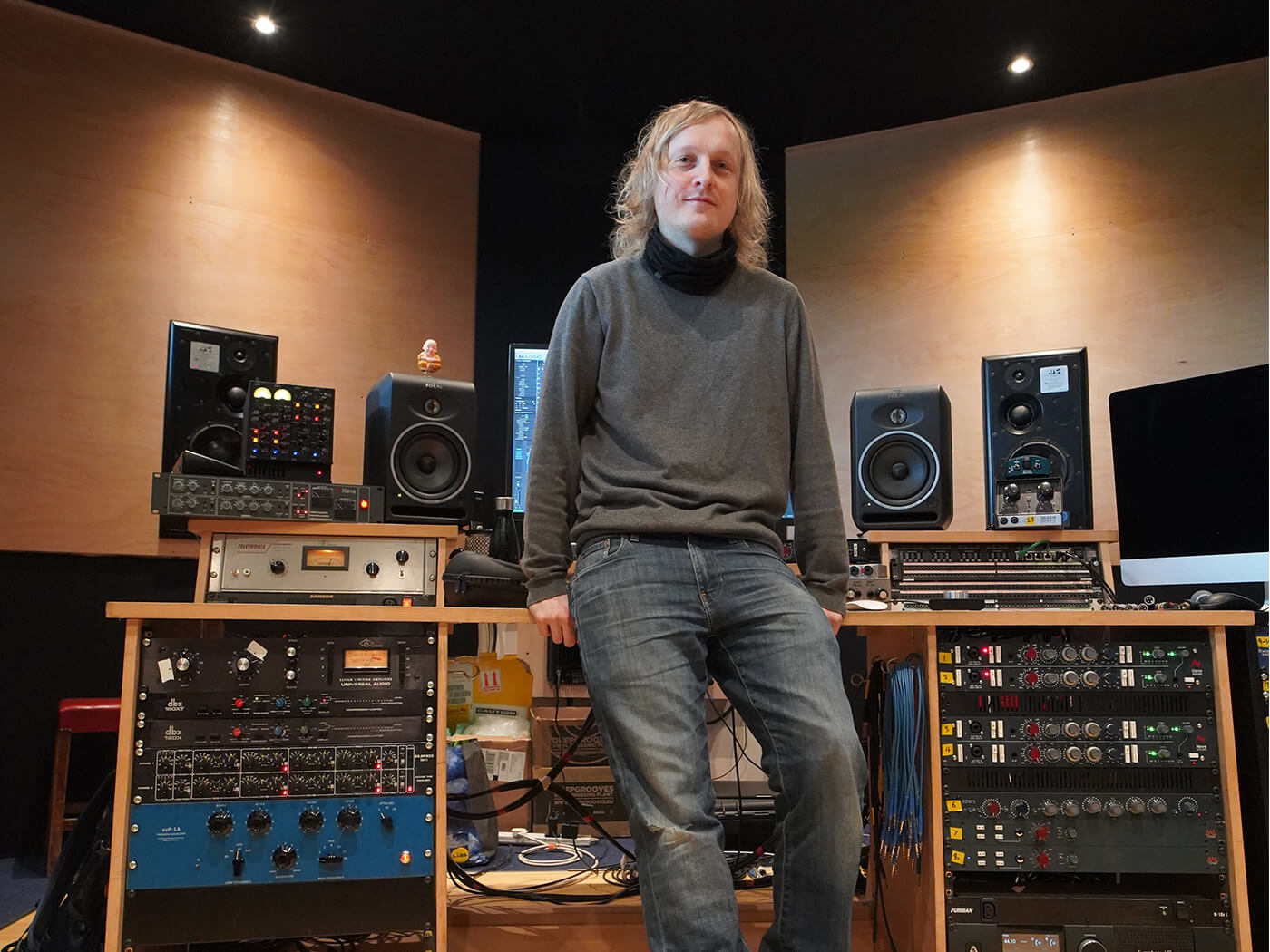 Sam Grant is the guitarist and producer for Pigs, Pigs, Pigs, Pigs, Pigs, Pigs, Pigs, an English rock band based in Newcastle. Blank Studios, co-founded by Sam and two other producers, is where Sam actualises the band’s vision, along with the visions of other artists and musicians. But, as with many producer’s creative spaces, getting Blank Studios to the professional state it’s in now was no easy task. The rewards of its completion, however, speak for themselves.

In this week’s Show Off Your Studio, Sam shows us around the elegant, spacious studio and tells us how Blank Studios came to be. 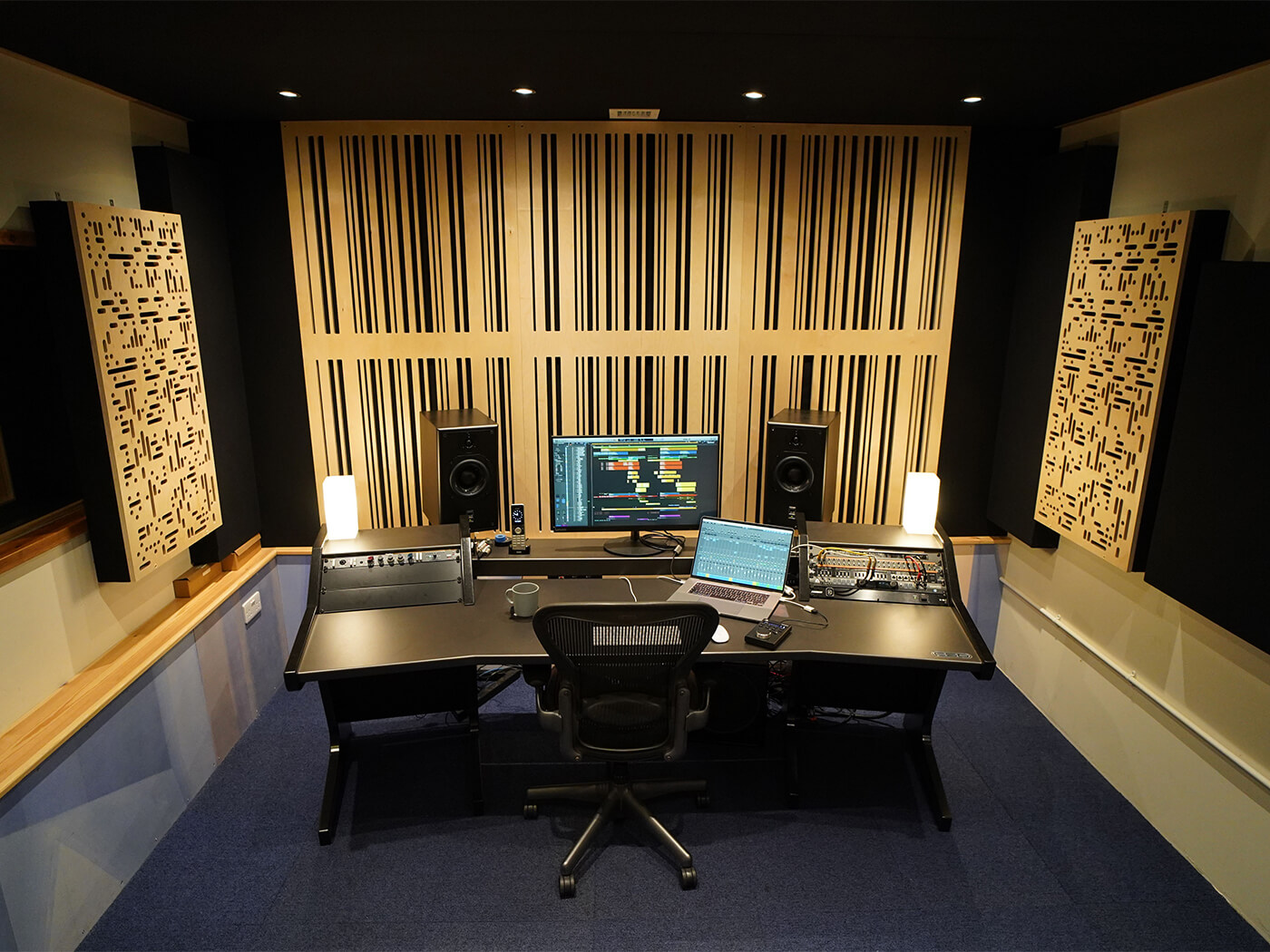 Tell us a bit about the studio, Sam.

Blank Studios is a collective of three producers: myself, John Martindale and Chris Mcmanus. We’re based in Newcastle, UK and operate out of our commercial studio space just outside the city centre.

We started in 2008, recording out the back of a van in any space we could get. We soon found our first home around 2010. It was a tiny building that we spent £15k on to make suitable. I laugh now about the things we did, but it had its own magic. What became evident, though, was that it was too small and sonically uninspiring. Having to strangle every bit of creativity and opportunity out of those rooms made it obvious what we were lacking and what a new studio would need to provide for us to do what we wanted to do. 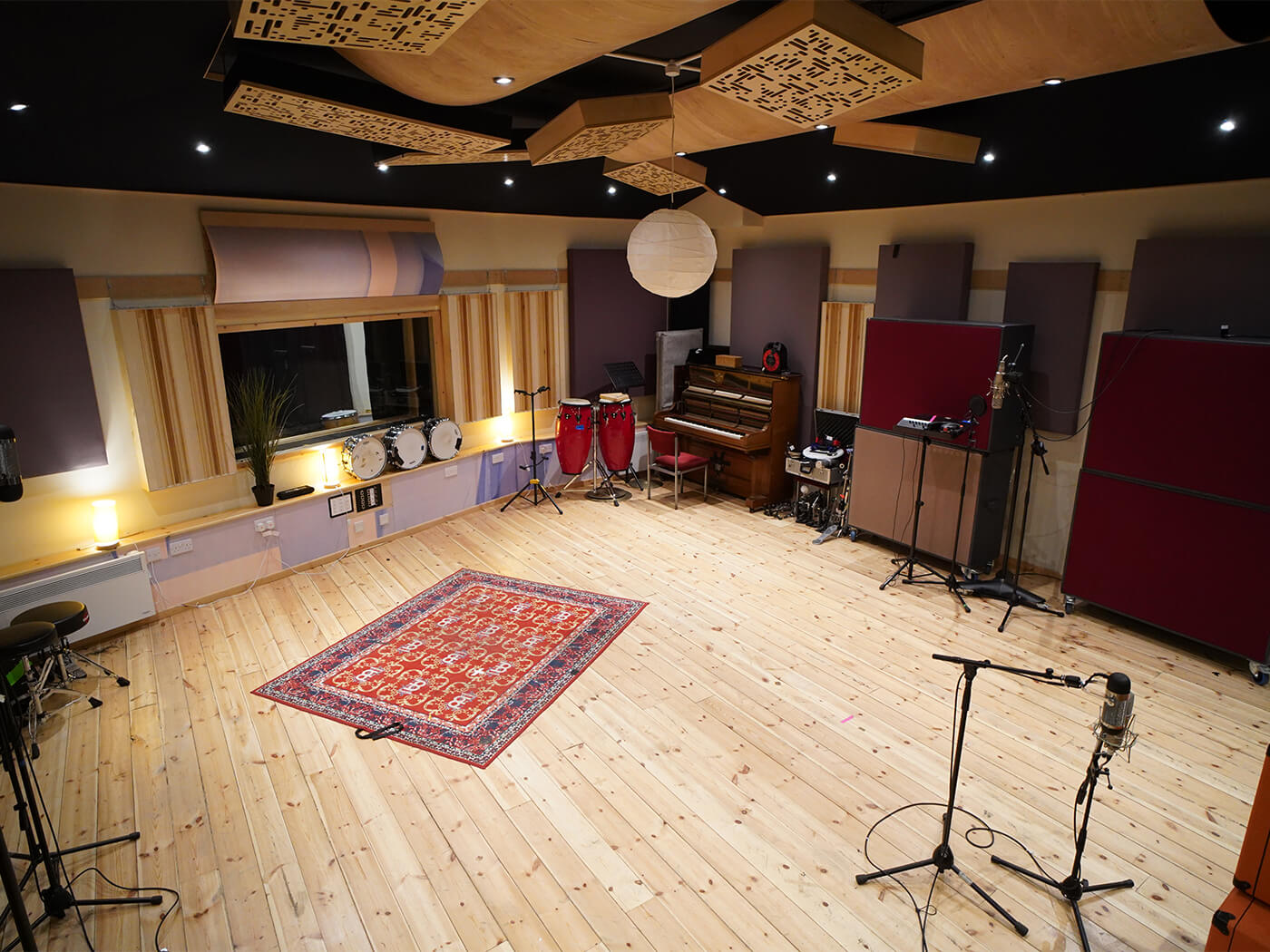 Around 2015, I started learning acoustics and studio design, with the plan of fundraising and building a new home that would incorporate the things we’d come to love, and also give us the things we were longing for (mostly big spacious rooms!).

We found the perfect location in the Star and Shadow Cinema’s new premises. It’s a volunteer-run cinema and venue in Newcastle that had purchased a large warehouse for renovation to make a new cinema. There was more space than they needed and we were able to lease a portion of the building and build concurrently with them in there. In early 2018, after a year and a half of research and designing, and another 18 months of building, we finally opened the studio we’re in today. 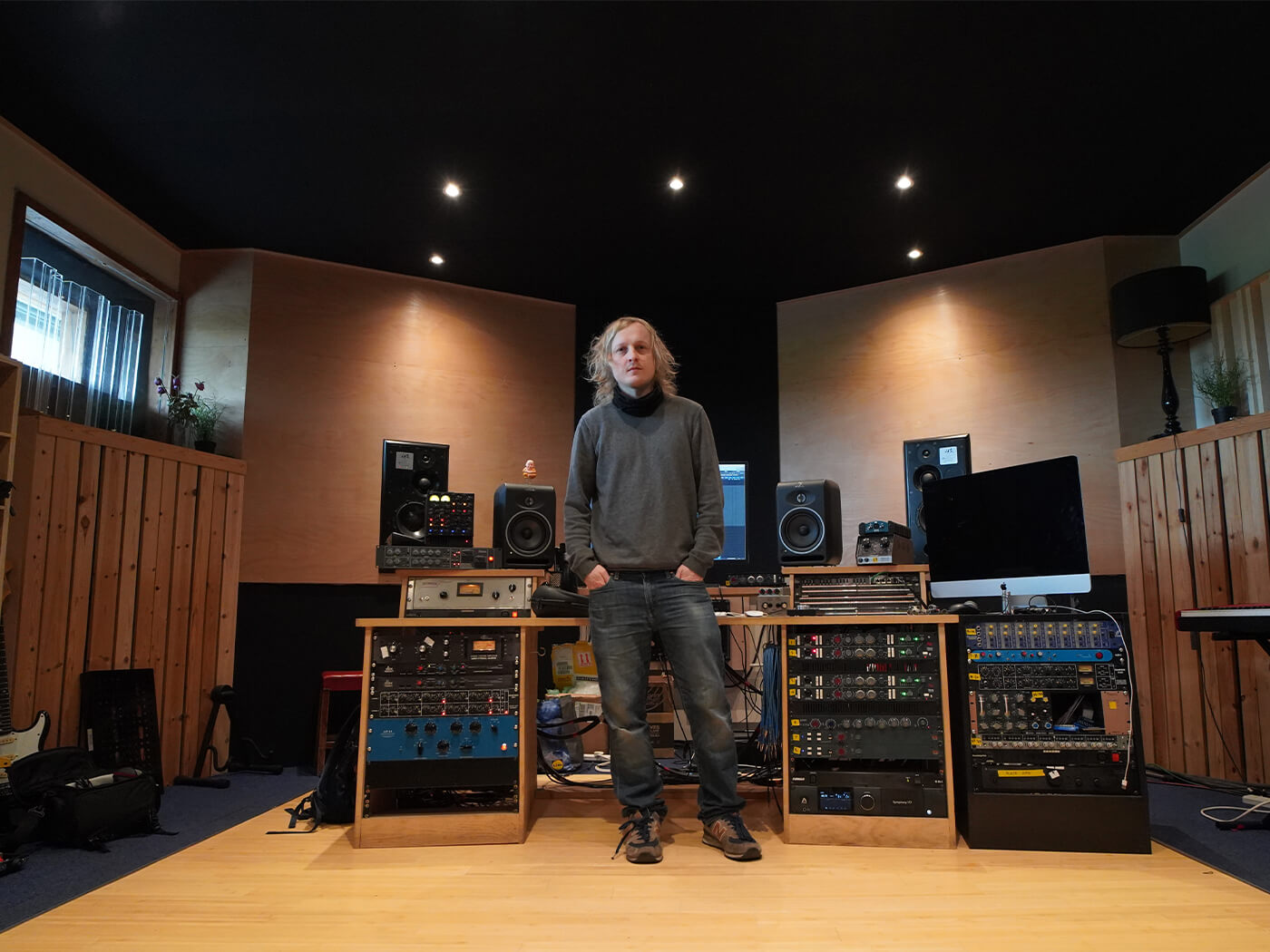 What was the studio design process like? How did you actualise the vision?

I had no patience left for continuing in the old place and I had some basic knowledge of acoustics and a reasonable amount of building ability. I assumed it wouldn’t be too difficult to design and build a new place. I was pretty naive, but I just put one foot in front of the other and started the process.

Our slice of the new site was a big, empty open-plan block – an old garage-come-furniture showroom – about 21x9x4m. I read every book, blog and forum I could find on acoustics and studio design and studied obsessively. I then set about drawing up numerous plans, and revisions of plans on SketchUp, and eventually myself and Doug (Blank’s electrician/tech) started building it. 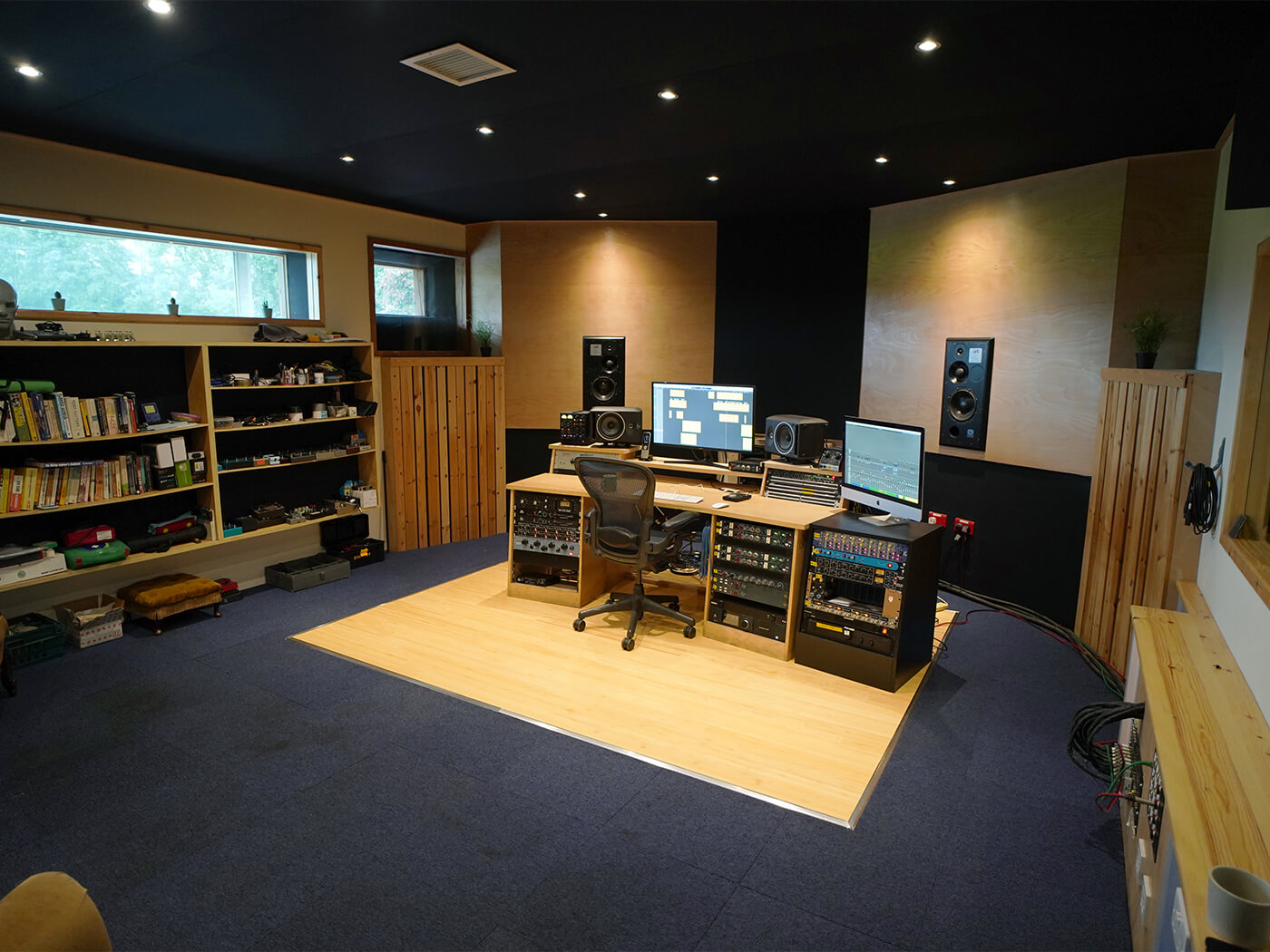 It took about five months longer than anticipated, and my body probably aged a lot more than it should have, but we kept to budget and it’s completely what I’d planned and hoped for.

There was no shortcut to this. I found a few books particularly useful: Philip Newell’s Recording Studio Design and Rod Gervais’ Home Recording Studio Build It Like the Pros. Newell’s book was a key resource throughout.

I used Room EQ Wizard software a lot as I went with treatment, and with the live room in particular we made additions over time as we came to understand it. In both the booth and the live room, there’s a French cleat that goes right around the room, with all treatment hanging on that. So everything is modular and moveable. This flexibility is useful in adjusting things when we need to.

I do all my own projects at the studio but I mostly use it commercially; producing, mixing and engineering. Being in the North East, and having grown the studio to where it is, it’s much easier to bring artists to me and work from here than it is to go to most other places.

The live room is a special space and it sounds wonderful. It’s one of the most rewarding results of the whole build and I never get tired of bringing up a pair of room mics on a source. If I work with audio that’s been recorded elsewhere, I’ll often run it into the live room to impart some of that sonic character onto it, especially as I’m working on hybrid projects where artists are combining elements recorded at studios with elements recorded in home setups. 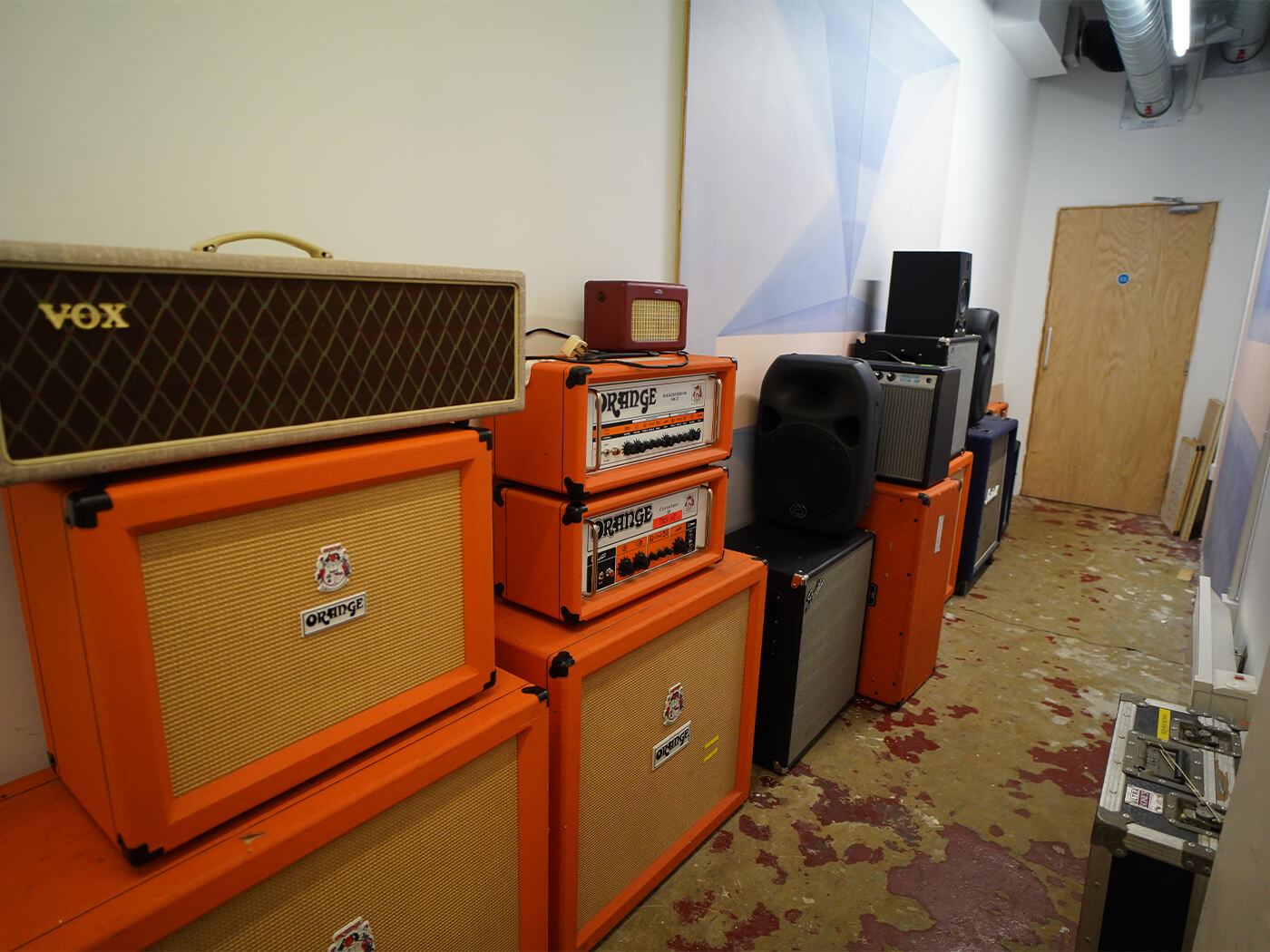 We also have a smaller, second control room/mix room, which is ideal for when I’m doing project development, mixing, overdubs, and post-production stuff, while the main room can be prioritised for tracking and finalising.

I’m a Logic Pro user. We have a Pro Tools subscription at the studio too, but I think Logic seems to have it all nailed down. I’m getting more and more records coming through where we end up working from the artist’s Logic project and building final tracks from those initial templates and keeping that initial vision. There’s a lot to be said for that; that software can bridge the gap from a musicians creative sketch pad all the way to finalised commercial mix.

I absolutely love the LA-2A, and I’d hate to go without the ATCs as well. Pragmatically, my favourite bit of gear is the Apogee Symphony II 32×32 converters. We’ve had a few different converters over the years but this thing is on another level. It’s probably the one piece of equipment that’s in use at every stage of every project, all the time. Over a whole record with numerous layers stacked up, it comes into its own. I don’t feel like I would ever need anything else to do what is such a crucial part of the audio path. 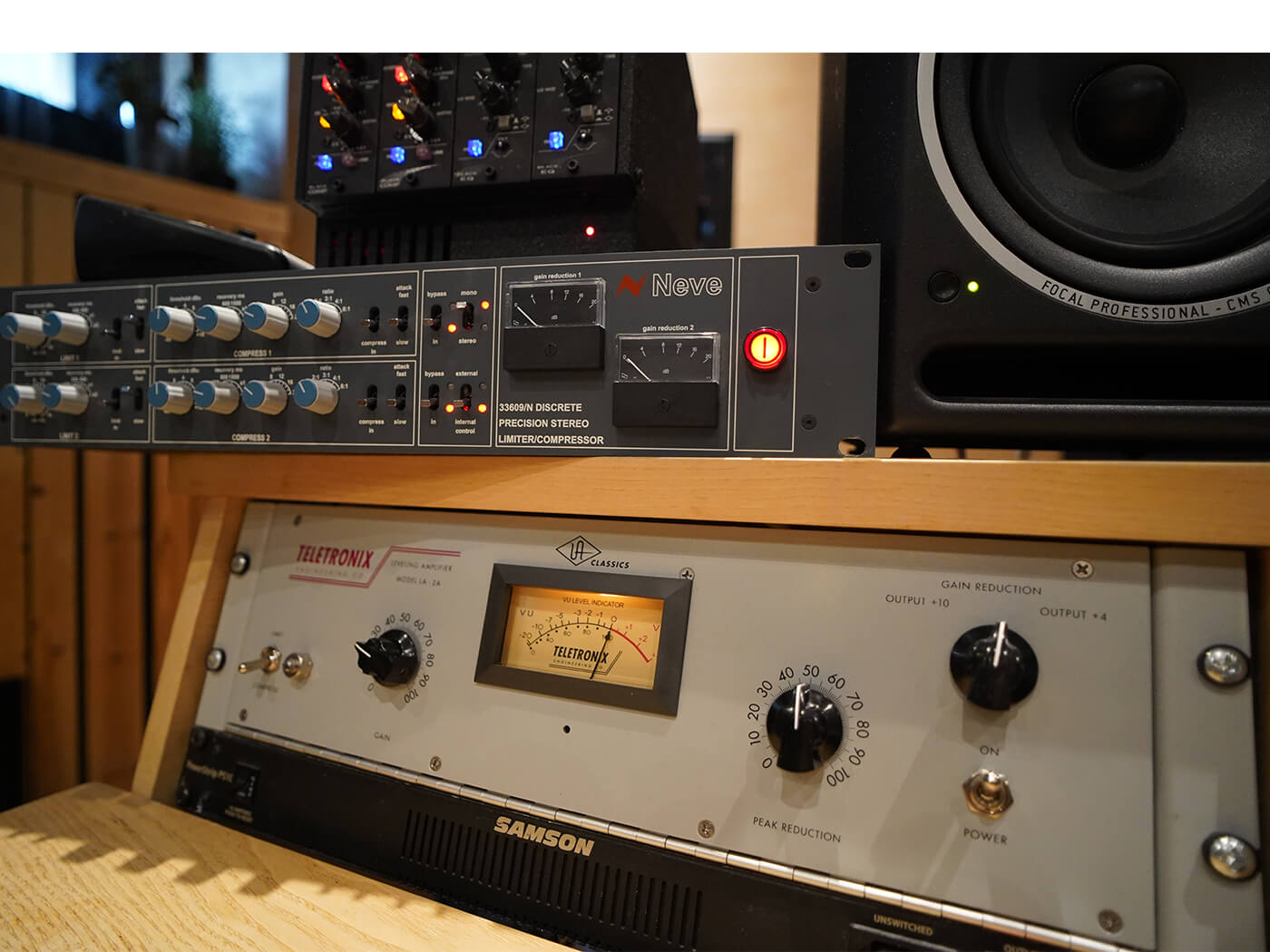 The music you perform with Pigx7 is intentionally loud and heavy, while your production of Richard Dawson is stripped-back. Do you find it easy to switch between production styles?

With the Pigs x7 material, my focus has been on building harmonic content to try to translate a perceived heaviness. The weight of the recording isn’t going to come from a big EQ bump in the low-end or low-mids, but the stacking of harmonics across the low-mids, thickening the sound and creating a texture through layers of colour.

I aim for this by over-micing things (always with an eye on the phase) and layering numerous different subtle distortions and saturations, through pres, mic choice, outboard and software, until there’s a balanced and controlled density to the sound.

With the last record, I pushed the mids more with ribbon mics as the primary mic/sound character. When I make records, I like to create rules that I have to adhere to, as they help steer the creative process and force consideration and personal innovation. Rules are great like this, especially when choice paralysis can lead to choices of convenience or repetition, and homogenise everything. 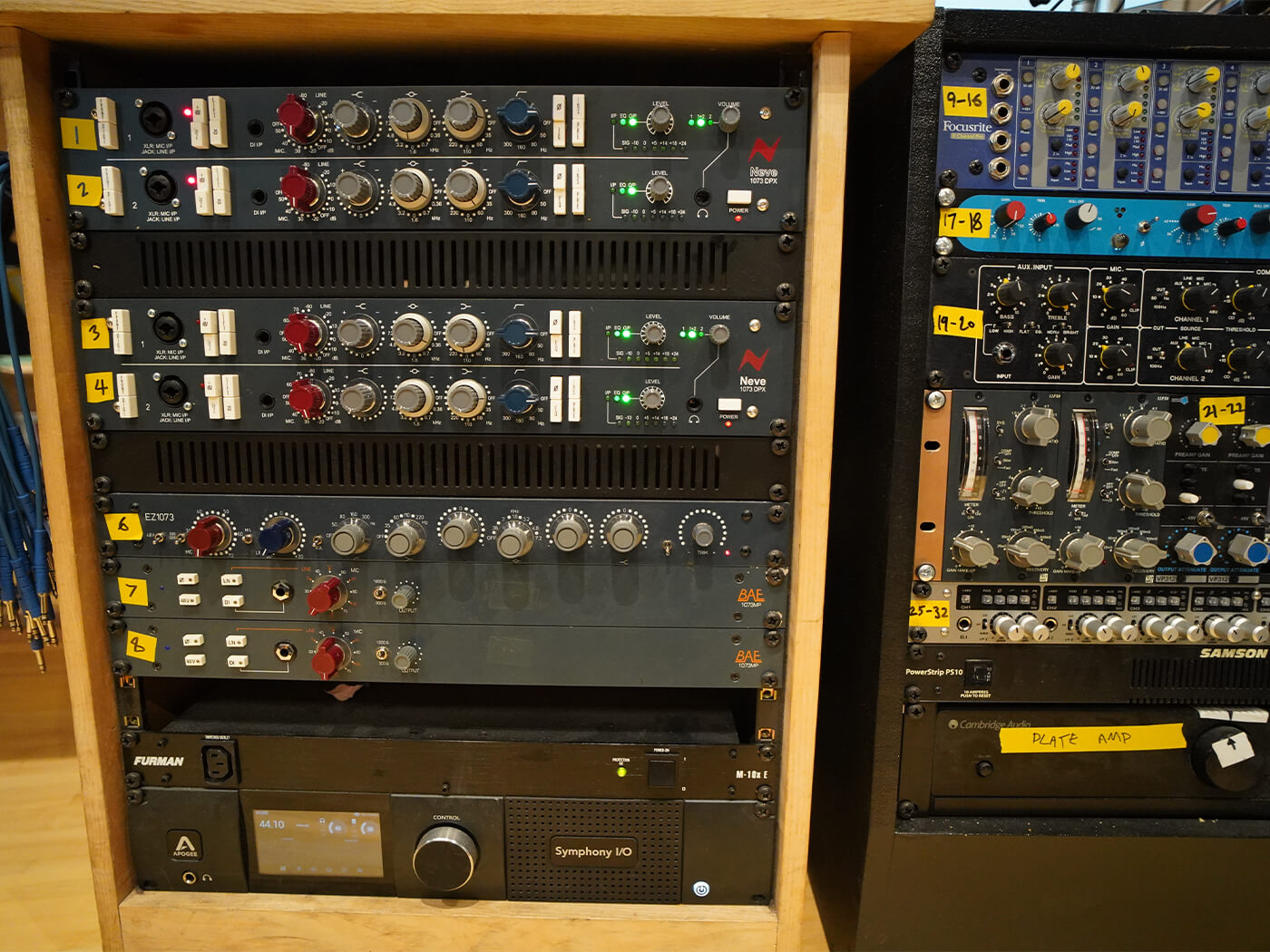 It’s all about the voice of the project though, so it’s not too difficult to switch between styles and sonics, going between different artists, projects and genres. It’s about mood and energy and making sure that’s understood before any notion of a typical genre styling. So long as I have a good sense of the final shape early on, I can steer things in a direction with a degree of confidence that will hopefully reveal itself at the mixing stage.

How do you ensure the studio is equipped for the range of talent you work with?

We don’t ever really stop identifying gear that we need, and we reinvest a huge amount of the money that we make as a partnership. It is tricky because we’re always weighing up a certain mic that would fill a gap, versus a certain pre, or piece of outboard. And we often have to make choices and compromises along the way. But we keep the process broad and try not to over-focus in any particular area.

I think, fortunately, we’re at a good point these days with a variety of different palettes to choose from, with regards to acoustics, instruments, amps, mics, outboard and pres. We can cover a lot of ground style-wise. 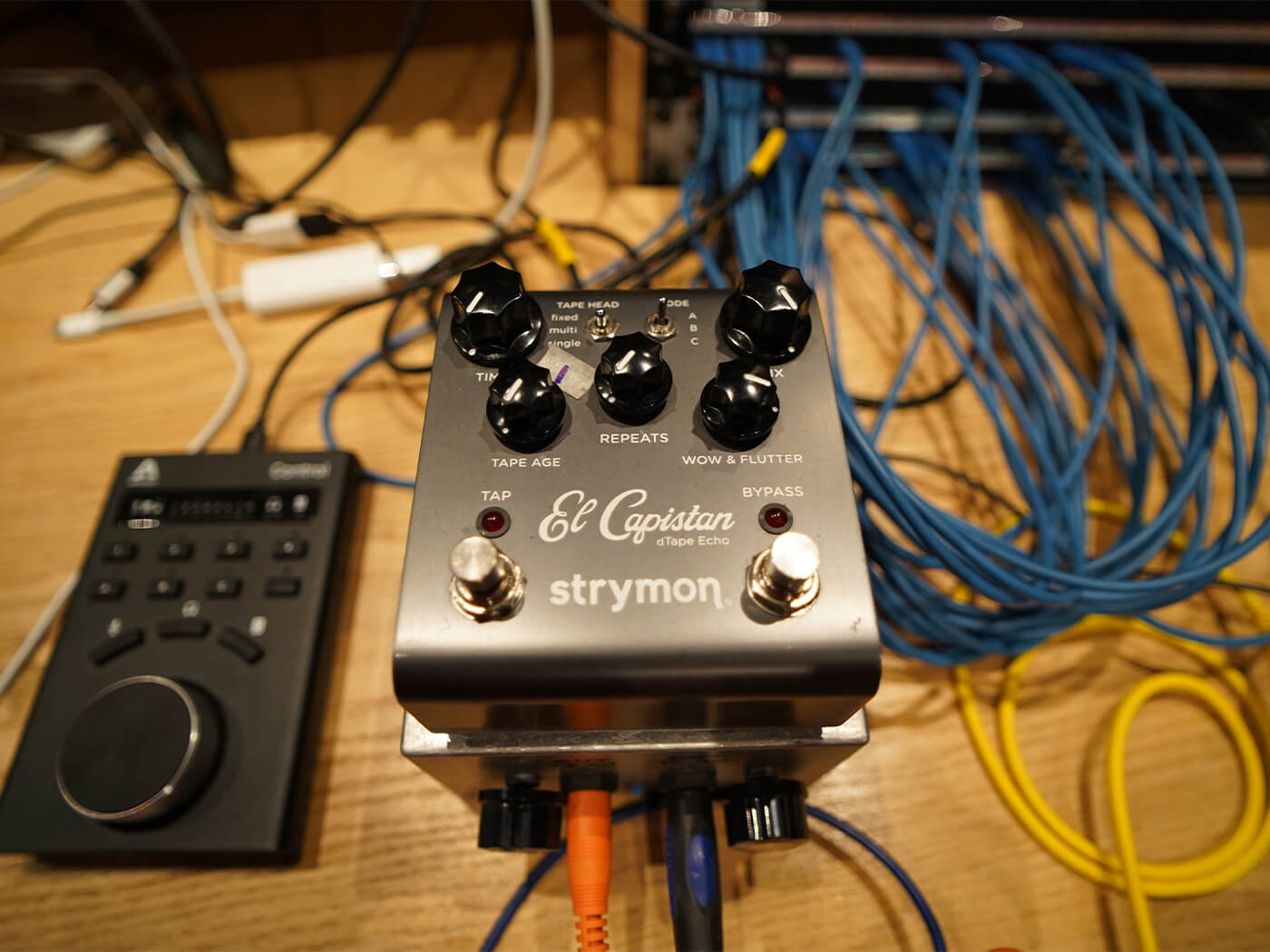 Create personal rules. Anything that places creative boundaries on a process, whether it’s in the writing or the recording or in the mixing. As professionals, we have almost limitless choices and decisions along a linear process, working from an idea through to final mix. It’s easy to cast an overly wide net or fall back on tried and tested approaches. Thinking creatively about an album before the process, and understanding what kind of creative rules might help guide a character can be fun and introduce a much more rewarding challenge to the process. It also forces a learning curve and a deep dive into new spaces in your practice and development that demand creative thinking throughout the process.

Be prepared to do things properly in accordance with a tried and tested history of acoustic design. There isn’t any shortcut, or magic product, or money-saving secret – no matter how much you want that thing you read on the internet to be true! It’s physics and it needs to be learnt and applied properly. The forums are a great place to see plenty of examples of people who have spent money on something without proper application, and it’s ultimately not done the job they wanted it to do. Acoustics are pretty unforgiving, and at times it can be counter-intuitive, so research with reliable sources is vital. 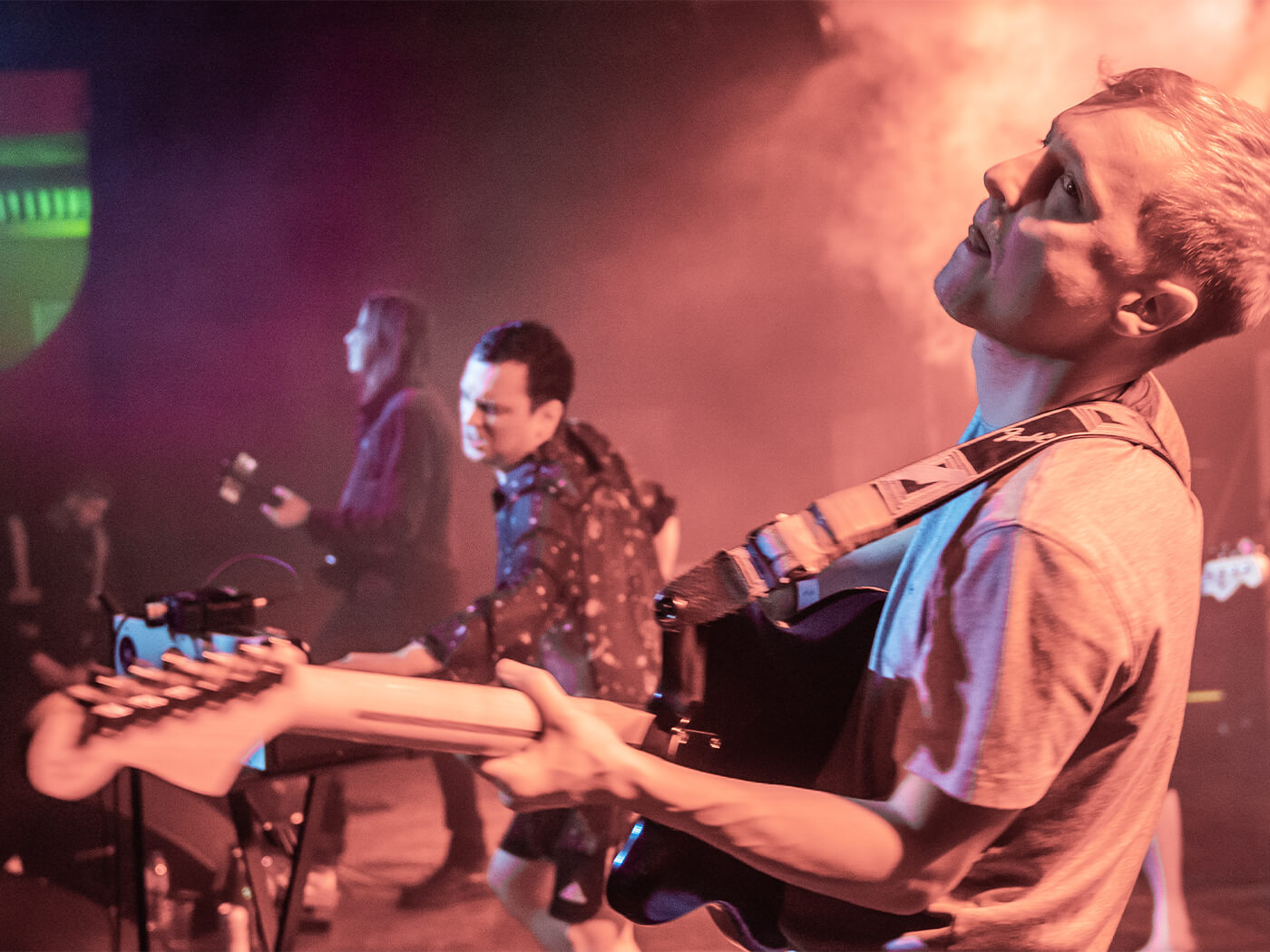 You don’t need to spend hundreds of thousands of pounds to make a studio but equally, there’s a basic set of needs that can’t be avoided. Learn and read things again and again until it’s fundamentally understood before you make plans and spend money, and then you make every penny as effective as physically possible.