Plug-ins I Actually Use: Lamorn

Deadmau5’s protégé gives us a sneak peek into his plug-in folder following his debut single on Mau5trap. 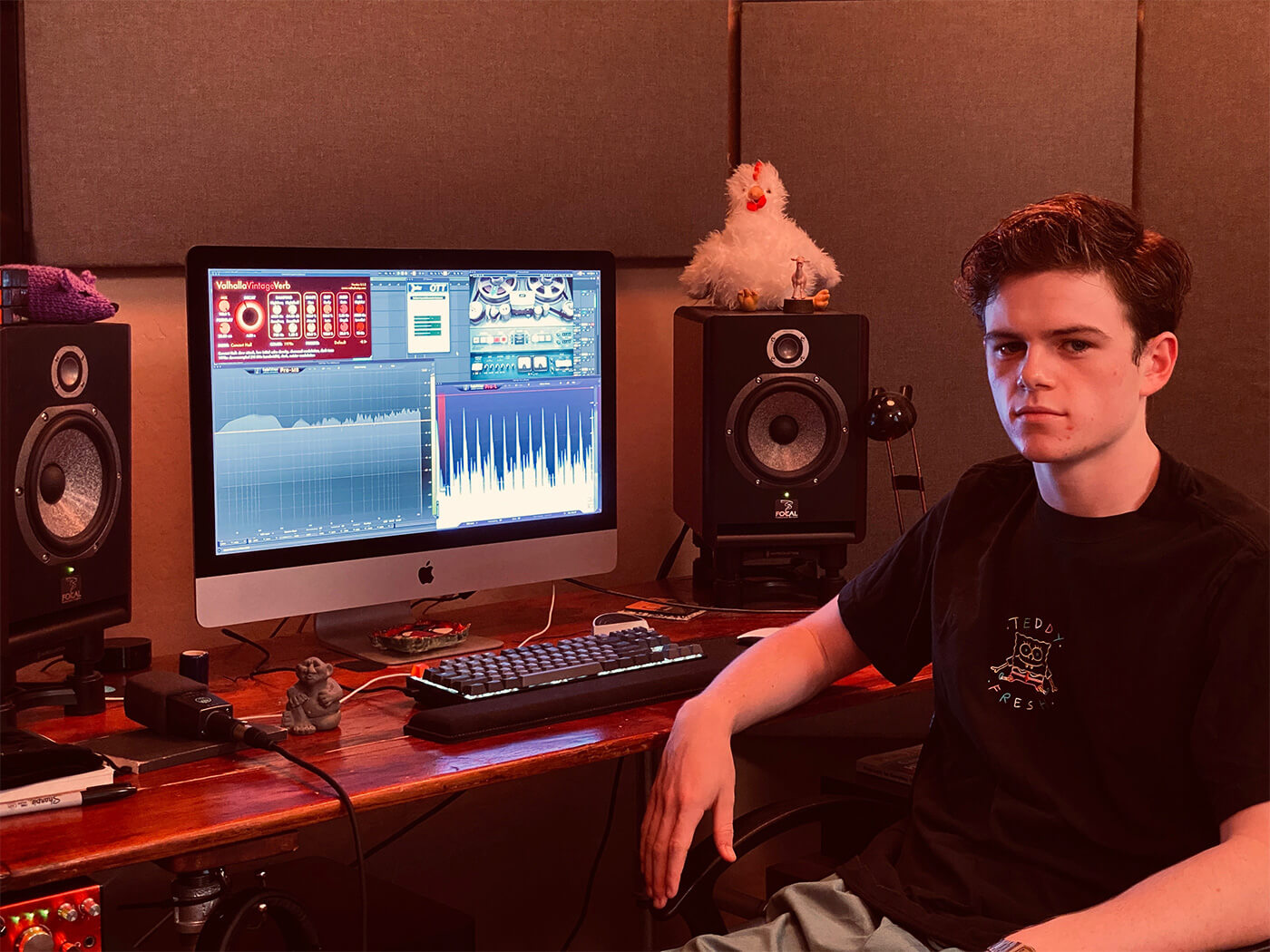 Lamorn may be a newcomer to the scene, but the prestigious backing he has may help him evolve into a household name. Electronic music titan, Deadmau5, has made the young producer his official protégé. Now 18 years old, Lamorn lived out the dream that so many teenage producers fantasise over. At just 17, he submitted a demo track to the revered producer during his Mau5trap Mondays sessions, leading to an impressed and moved Deadmau5 signing him to mau5trap on the spot.

Now, Lamorn has a debut single on Mau5trap, Physical Layer, and is now returning from a run of shows in New York City with Deadmau5. Plus, the Mau5 says that he hasn’t been this excited about an artist “since discovering Skrillex”. No doubt Lamorn is riding a massive high right now. Still, he’s let us peer into his DAW and learn which plug-ins help him weave the multi-instrumentalist’s funky, chopped-up sound, and why he can’t get enough of phasers. 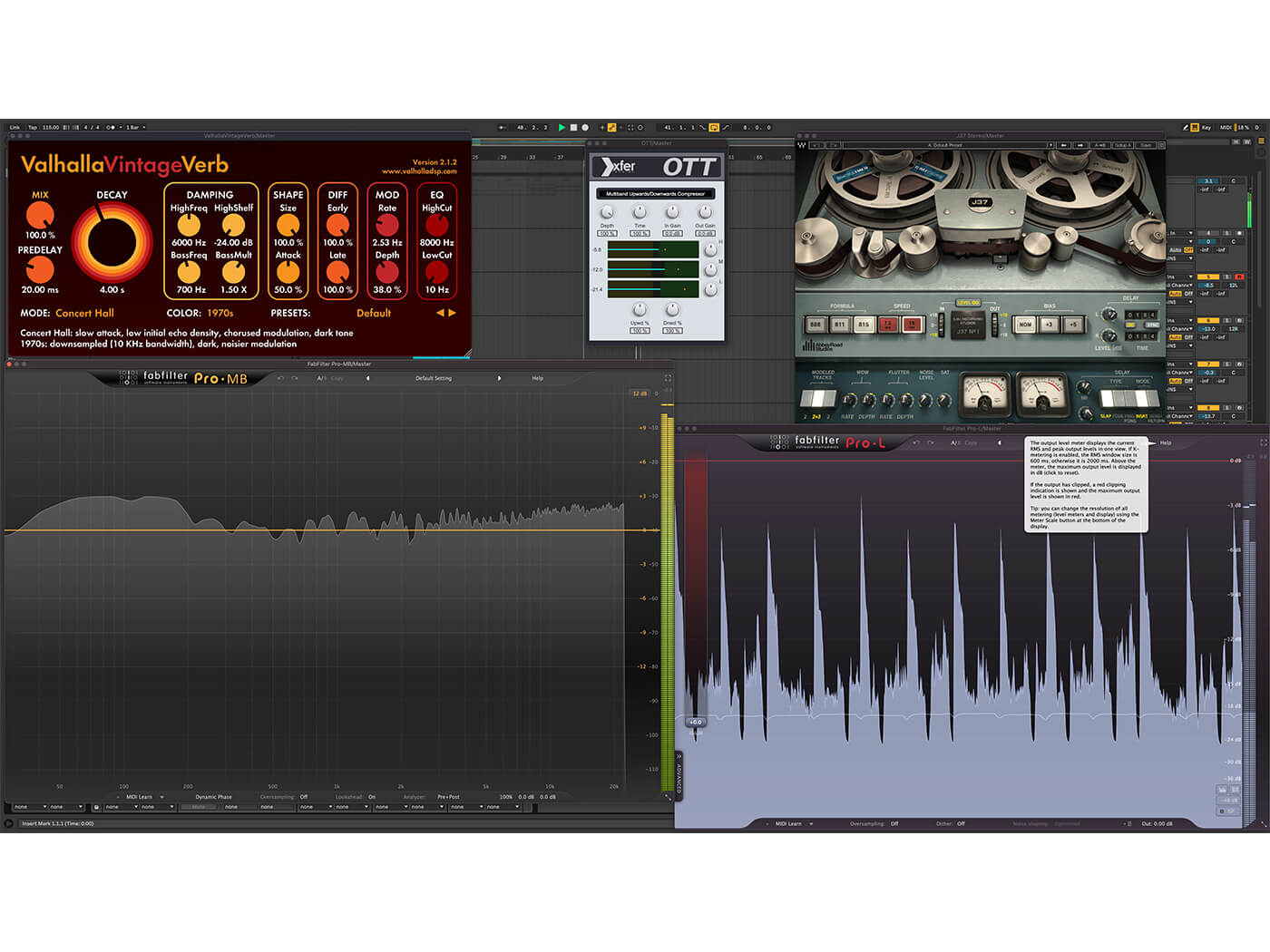 My most recent purchase was Soundtoys’ PhaseMistress. It’s a plug-in that emulates a ton of different hardware phasers – phasers are my favourite, and it was on sale. I love it because it has a lot of LFO control, which is something I haven’t had much of on phasers I have been using. It allows me to do some more rhythmic effects with that nice phaser sound I adore. Scrolling through the different emulations is an ideal way for me to dial in a sound that is inspiring to keep my production moving. Soundtoys is a great company, and they make the download and license management process pretty easy. I paid 20 dollars for it and I’m using it on a bunch of new unreleased songs, so I would say it was worth it, 100 per cent.

What’s your favourite free plug-in that you own?

I try to avoid getting many free plug-ins because they are generally prone to not being built that well and can bog down the CPU. I move between computers a lot and need plug-ins that I don’t need to worry about. One I do still use is Xfer’s OTT. A lot of people making electronic music have encountered this plug-in, and it’s a well built versatile plug-in that squashes a sound if you need it. I use this on sharper sounds to make the high-end pop a little more. It can be dangerous, though, because if you use it too much it can suck the life out of a track. If you were to go through my project files, you will most likely find it buried somewhere in there. 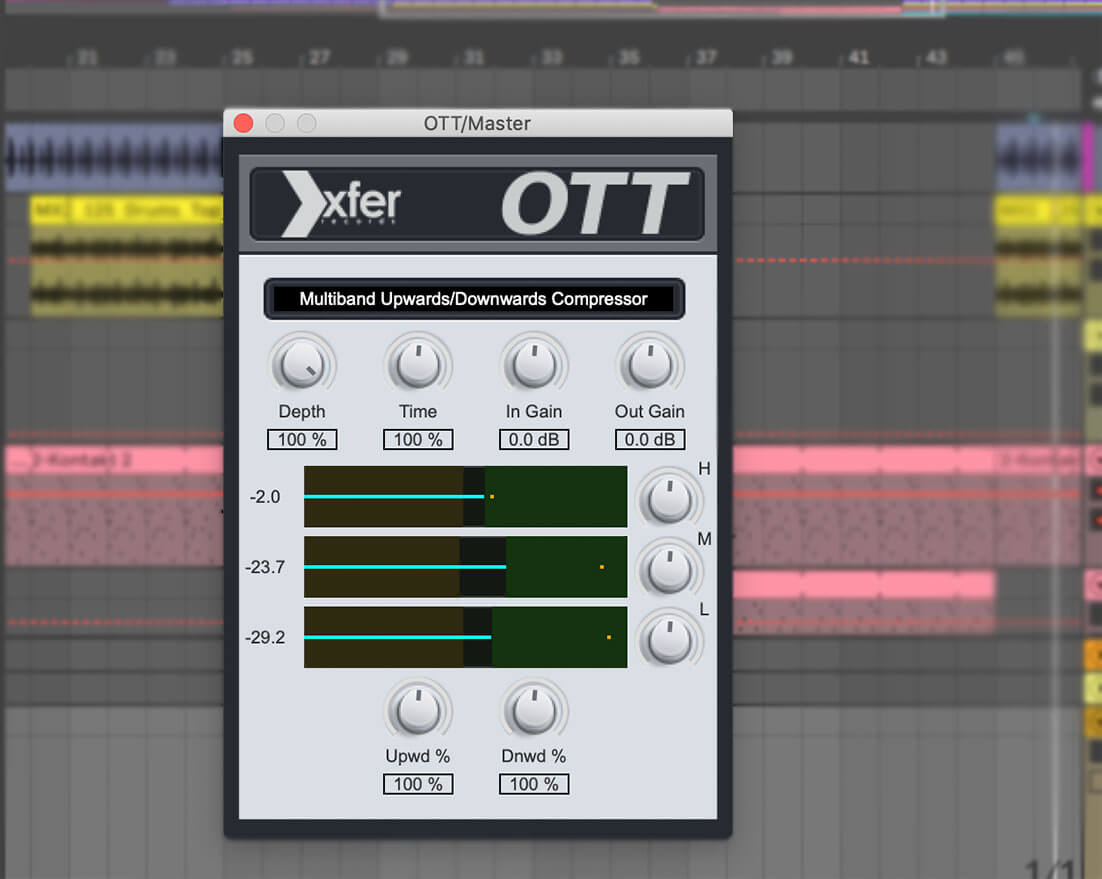 I bought iZotope Vocalsynth 2 during a sale for around 30 dollars. That plug-in has done a lot more for me than I thought it would. I primarily use its great vocoder sounds, mixing that with my raw vocals to make a natural yet heavily processed sound. It can also be used in MIDI control mode, so I can switch up the melody on anything I sing – I use this for building harmonies all the time. It also has a decent effects section to apply stereo widening and distortion. Sometimes, I will also put instruments through it because it can do cool unexpected things if you tinker with it for a few minutes.

What’s the most expensive plug-in you have?

My FabFilter plug-ins. They are also some of the best plug-ins I have, so they’re well worth the price. I use the Pro-L and Pro-MB. The MB is the multiband compressor, which I use for so many things. It’s my go-to compressor to sidechain my busses, de-ess vocals, EQ and tame synths, and more. You’ll find that plug-in all over my project, from the individual chains all the way up to the master bus. 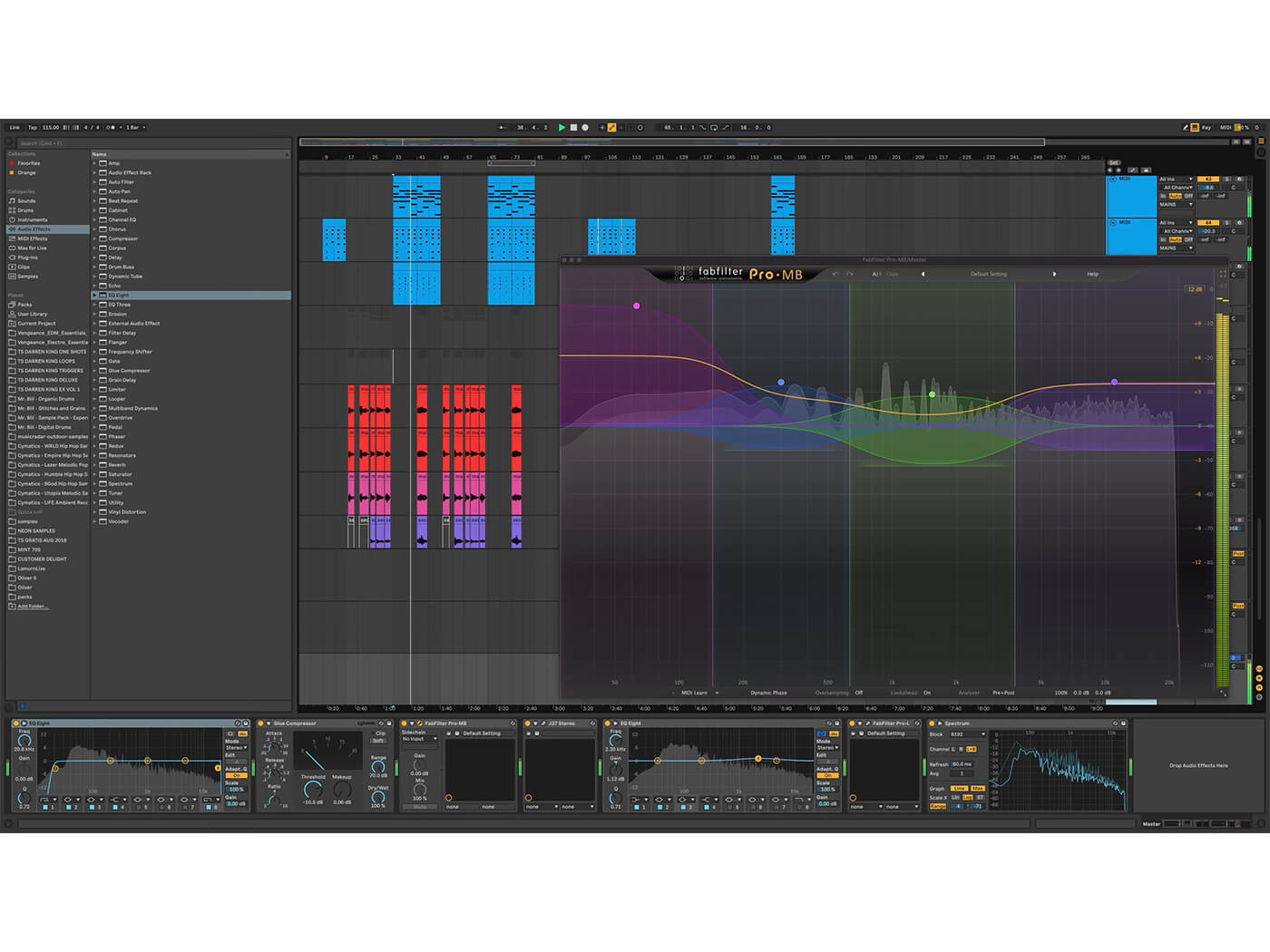 The Pro-L is amazing, too. That is the only limiter I use, and it is just as versatile as the MB. I put it on my bass bus a lot to try and glue my bass sounds together a little more. I will often put one on my master bus and only use it as a monitoring device. It can help me visualise my mixes and make sure I don’t have anything cranked way too loud. This especially helps me keep my kick and snare in check as I’m developing a song.

Do you have an Ableton Live stock plug-in you always use?

I use Ableton Live’s stock EQ, phaser, reverb, and occasionally the compressor on almost all my tracks. They are so simple and do the job so well without having to do too much, so I intend on continuing to use them. The EQ has a straightforward interface and I love the easy monitoring capabilities that allow me to hear what I’m cutting out. The reverb I can pretty much just slap on a chain and change just a few things with just a few minutes of tweaking to get the perfect sound, which I love. The phaser just sounds great, and that’s all I need to say about that [laughs]. Those are just a few of my favourites, but I use most of the stock plug-ins in general. 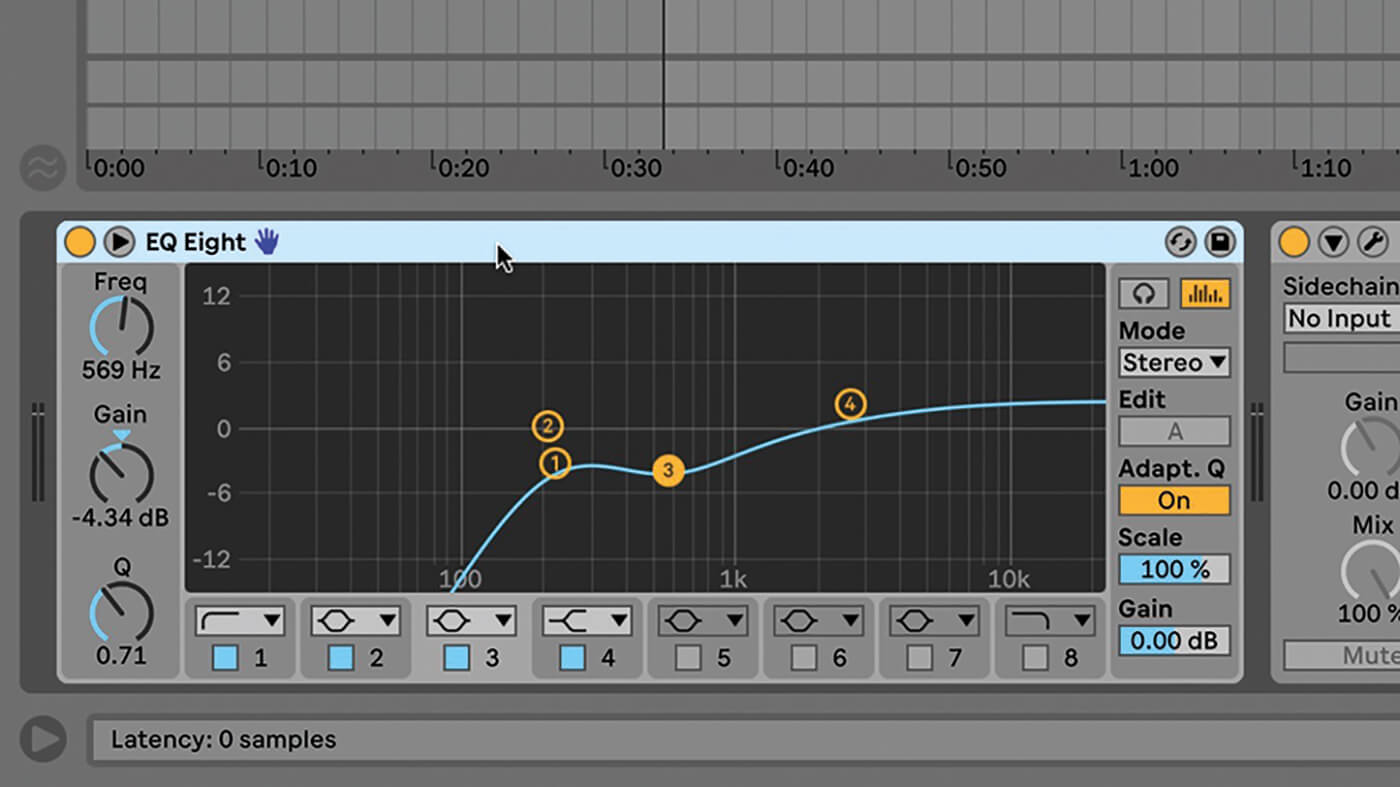 Which plug-ins always end up on your master bus without fail?

I generally stick to a similar chain for my demo masters. I like to have other people master the final product, as it’s always nice to get a fresh set of ears on a track. I start with the Ableton stock Glue Compressor for some light compression to glue the track together. I cut frequencies below 20hz with Live’s EQ so that there aren’t any offensive frequencies affecting anything that I can’t hear. Then, I move to Pro-MB, where I tweak three or four bands. Then, I move to some extra EQ and saturation if I feel it needs more warmth. I use a variety of saturation plug-ins for that. Sometimes stock, sometimes third-party – especially Waves’ J37. Then I finish off the chain with the Pro-L. Sometimes I use a preset as a starting point, but I tend to start from scratch. I don’t squash it too hard because I like to leave some dynamic range. That works wonders for my style.

What would Physical Layer not be complete without?

I made that track over a year ago and my plug-in collection was notably smaller back then. I mostly used stock effects, and all the synth parts were made with Serum or my Korg Minilogue. Serum was the most important plug-in for that track, as well as many others before and after it – it’s amazing how versatile it is. I used a lot of the analogue synth oscillator simulations for Physical Layer. That, paired with a simple cutoff envelope, was the basis of all the sounds in that track.

For the sample chops, Live’s stock phaser came in handy. That gave it the French house sound I grew up loving. When I started the song, the chops came from a Cheryl Crow song. Sampling can be a legal risk, so I recreated them manually with my sister singing one of them, and my girlfriend singing the other. That sounded better to me because I had more control over the sound without having too much background noise.

I use the Waves J37 Tape saturation on 70 per cent of my channels. It’s a fairly subtle plug-in, but it can make a big difference when used properly. It has emulations of a lot of the higher-end tape machines, but you can saturate and degrade the sound if wanted. It has a rich tape delay section, which I use for most of my delay. If you crank the saturation knob it gives you a warm distortion. I like to make warm lo-fi drum loops, and then layer in my hi-fi electronic drums. That’s the best of both worlds for me, and the J37 really helps me. 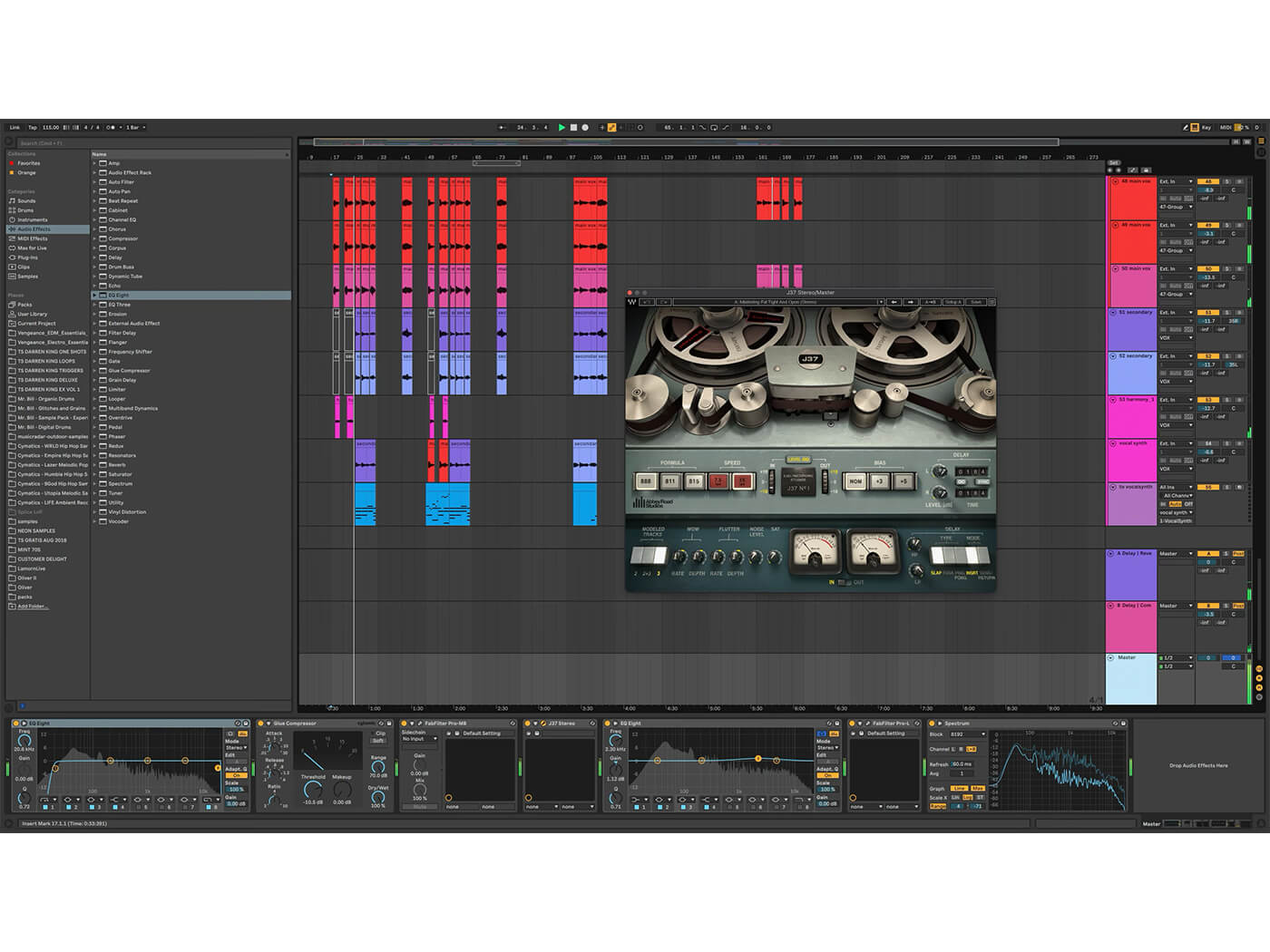 Do you have any guilty pleasure plug-ins?

Any phaser could fit into this category for me. I’ve used a few different ones and it’s usually just slapping it on the chain and calling it a day. I just love the sound. I can’t get enough of it.

I have been using Valhalla Vintage Verb a lot in the past few months. It has so many presets, I usually scroll through those until I find the right reverb. It’s a pretty deep plug-in, and I haven’t delved into it as much as I should have yet. 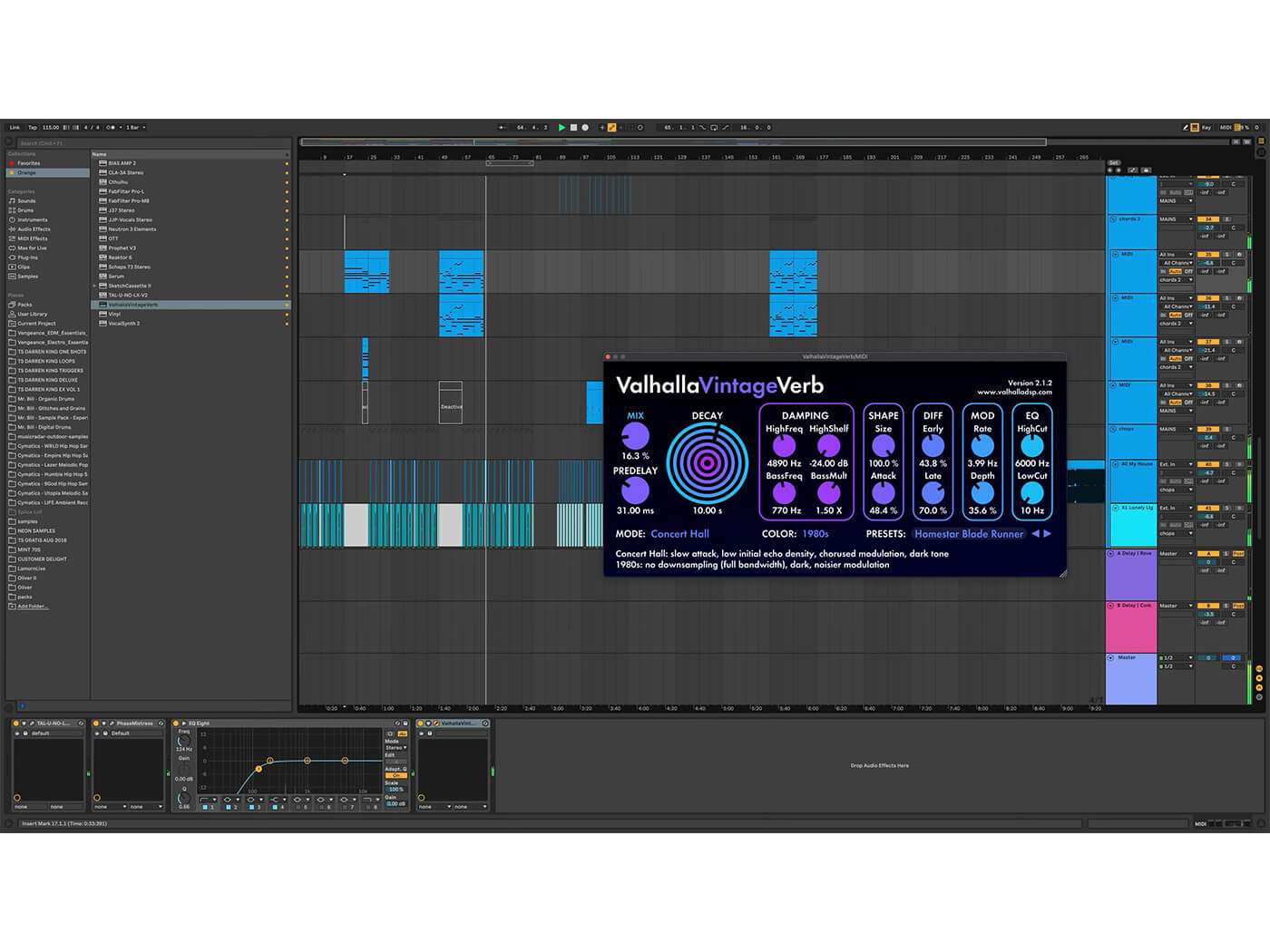