Plug-ins I Actually Use: Dom Dolla

Take a look inside the Australian artist’s plug-in folder and find out how he glues together his bouncing basses, punchy drums and pitched vocals. 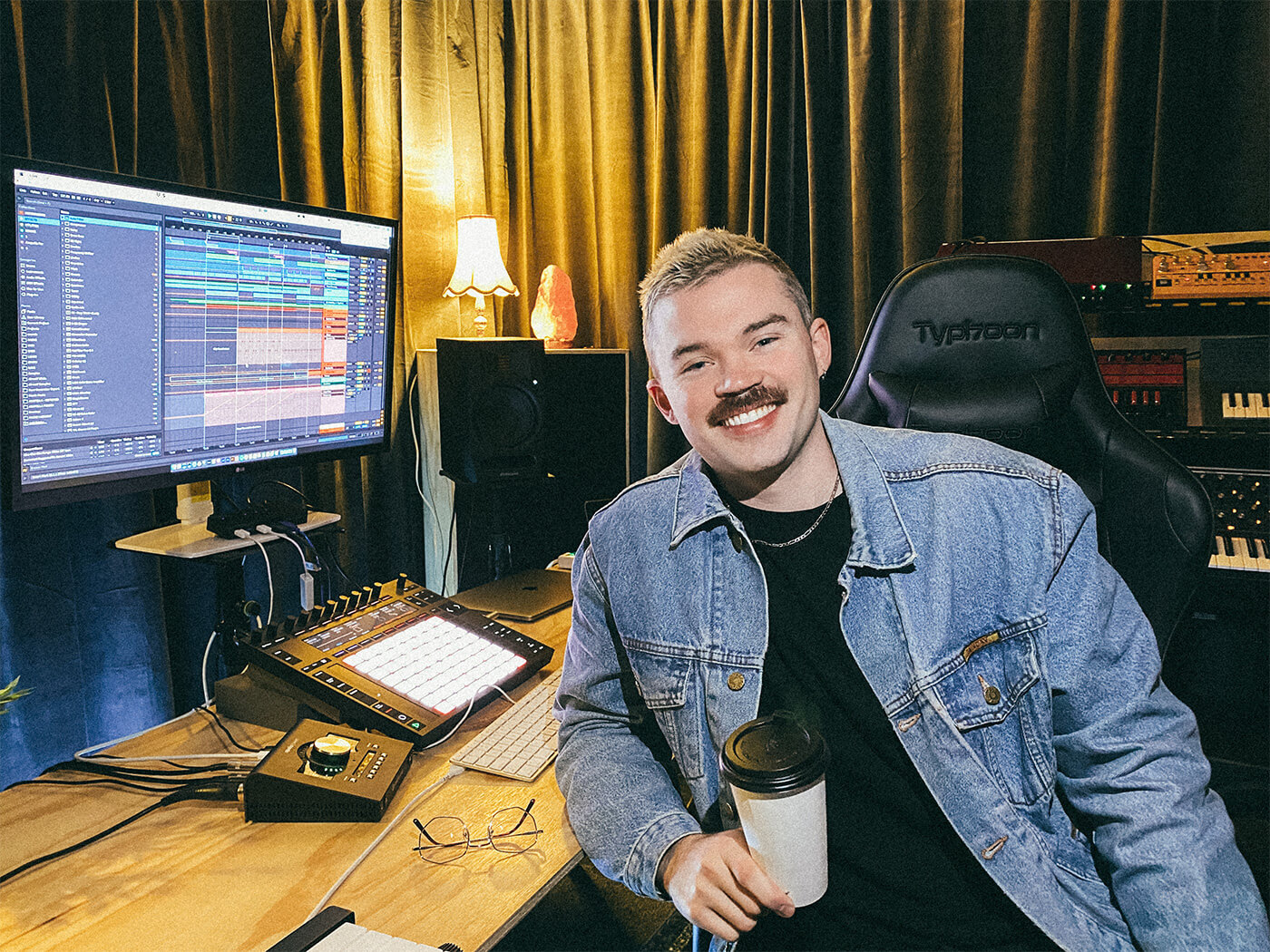 29-year-old Dom Dolla is fitting nicely into the house music scene. Having garnered support from the likes of Pete Tong, Diplo, and Triple J, and amassing over 300 million streams on his releases, the Australian producer’s bouncing basslines and pitched vocals are proving addictive to millions. He’s picked up an ARIA award for his track San Frandisco, which was his fourth number one on the ARIA Club Char. He’s gone on to remix for Dua Lipa, Purple Disco Machine, Rüfüs Du Sol, and MK, to name a few.

With the recent release of Pump The Brakes, Dom opens up his plug-in folder and shows us which software is vital in his creative process. Learn why a slowed-down Windows XP sound is inspiring his sound design, how Ableton Live’s Utility helps him achieve a wide mix and why Ableton’s Erosion is his secret sauce.

Soothe 2 by Oeksound. It’s a dynamic resonance suppressor that I use as a realtime surgical EQ. I often use it to remove harshness from vocals that are constantly evolving as the track progresses. It has definitely paid for itself in terms of the time it’s saved me on EQing.

PaulXStretch is my favourite free plug-in, for sure. It’s an extreme time stretching tool that’s brilliant for sound design and developing ambient sounds. I’m yet to use it on any dance tracks, but I’ve been playing with it almost daily when taking a break from writing. The plan is to use it for some film work unrelated to dance music. 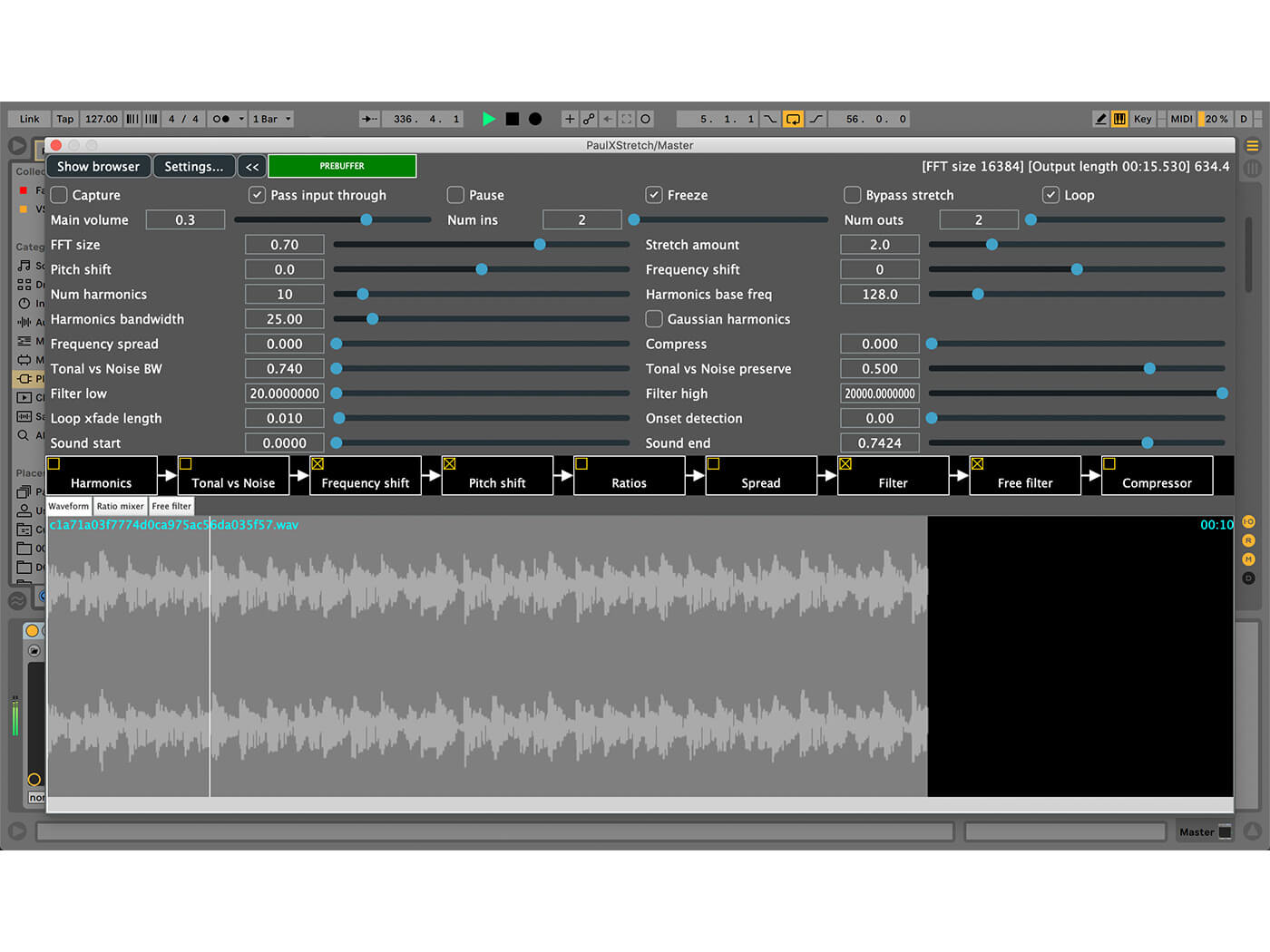 Here’s a brilliant example of how it could be used.

I’m not sure this example was achieved using PaulXStretch specifically, but it certainly could be recreated with ease:

I don’t tend to spend big bucks on plug-ins, aside from the Waves bundle. But my biggest studio investment would be my Roland Jupiter-80. It was a contemporary version of Roland’s Jupiter-8, released in 1981, so it’s full of amazing 80s pop leads and pads. I used it for orchestral sounds and breakdown compositions before landing on Native Instruments Session Strings, which I used when writing on the road and needed to keep things in the box on the laptop. So if anyone’s in the market for a Jupiter 80, let me know [laughs]. 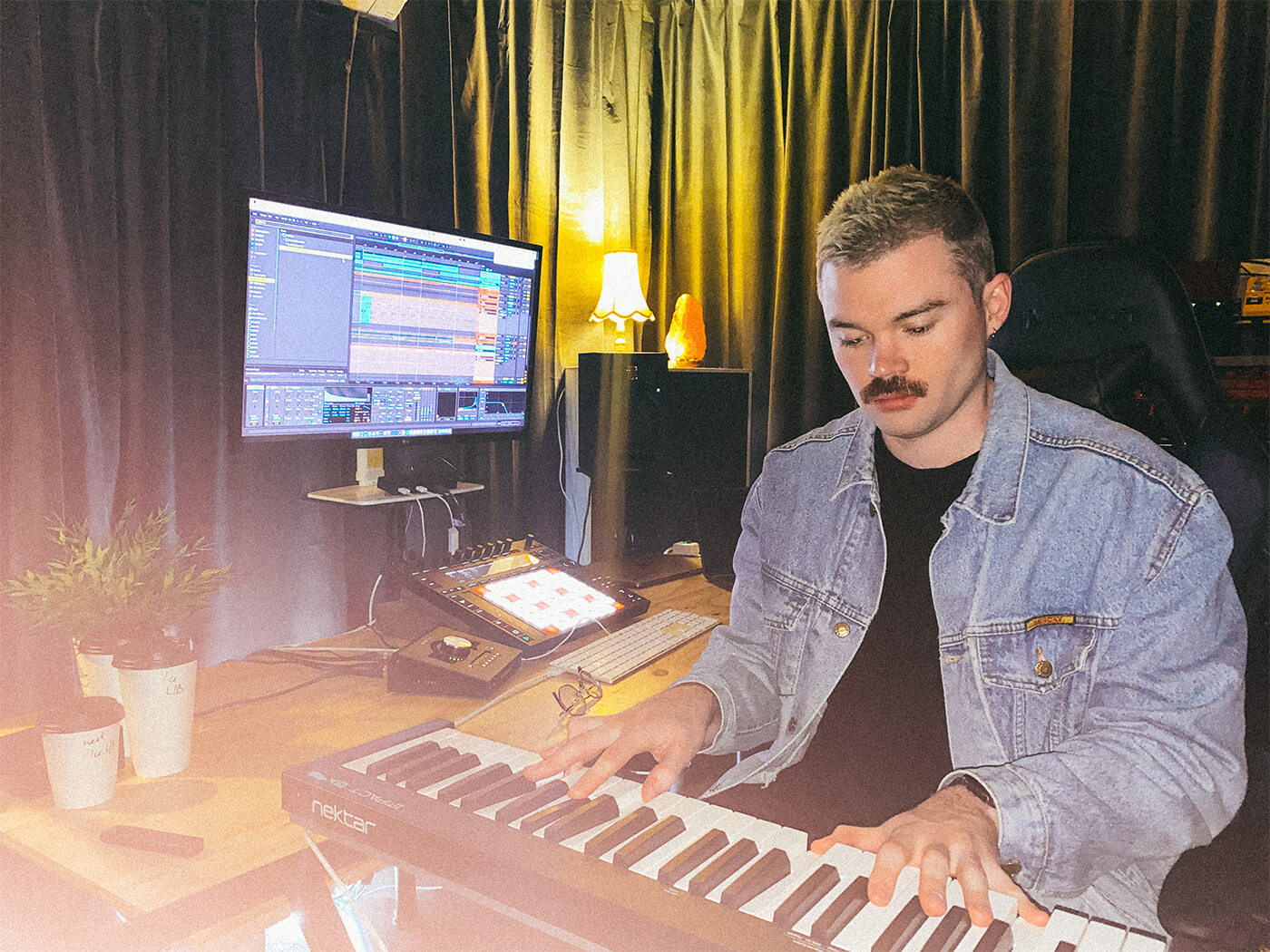 Ableton Live’s Utility plug-in. I use it for automating volume within an individual stem. Its biggest strength, however, is the width monitoring and mono control. It’s brilliant for assessing how your track will sound on a mono sound system; in other words, how much of the stereo image you’re going to lose your sounds. It’s similar to iZotope Ozone’s Imager. 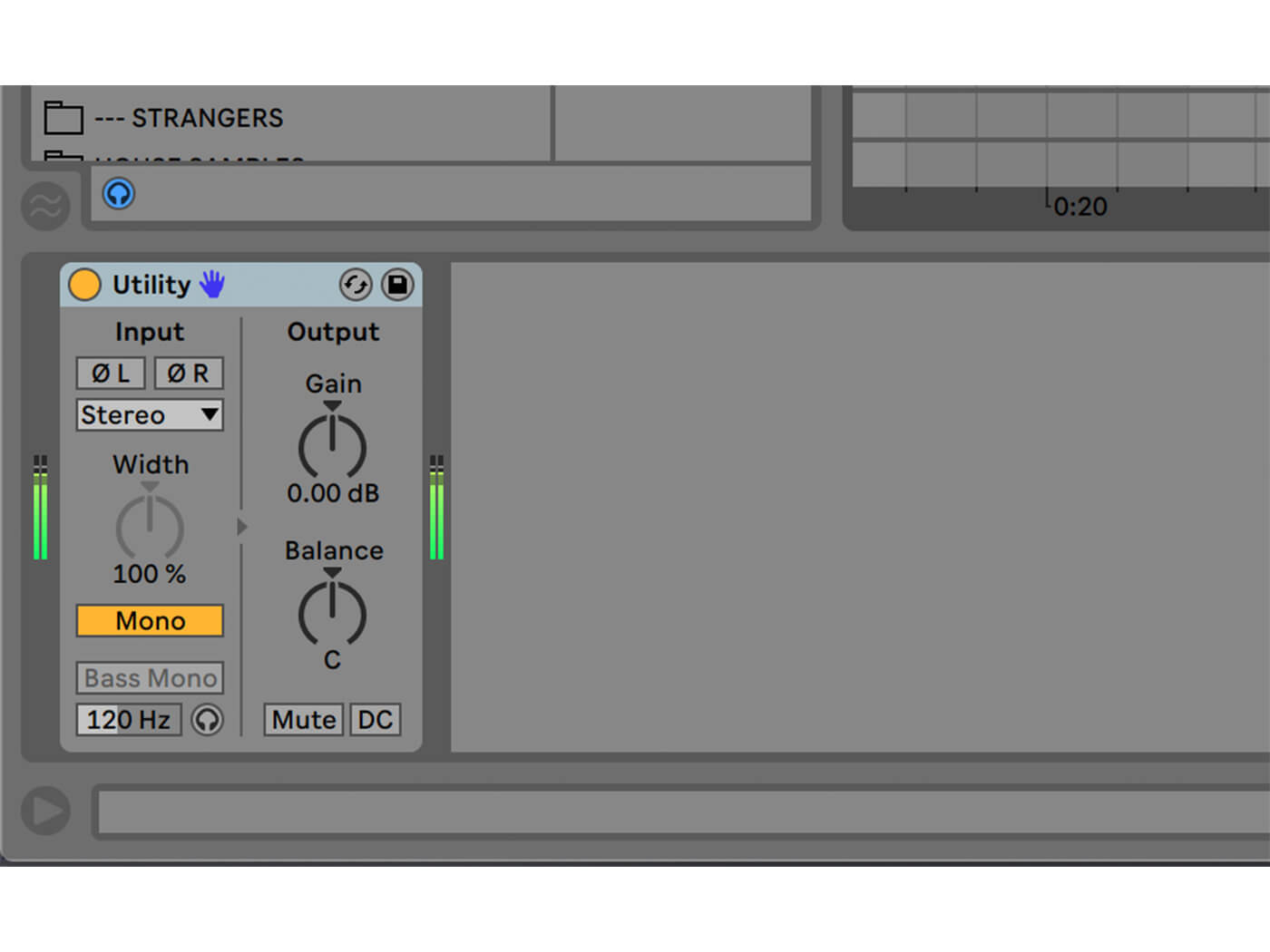 I usually put a homemade mastering group on the master track while I’m writing. I’ll probably only have it on 10 per cent of the time I’m writing, just to have a gentle EQ and compressor glueing the sounds together. Then, I’ll switch it off when adding a new instrument to the mix. It consists of simple EQ > compressor > limiter chain using stock Ableton plug-ins. 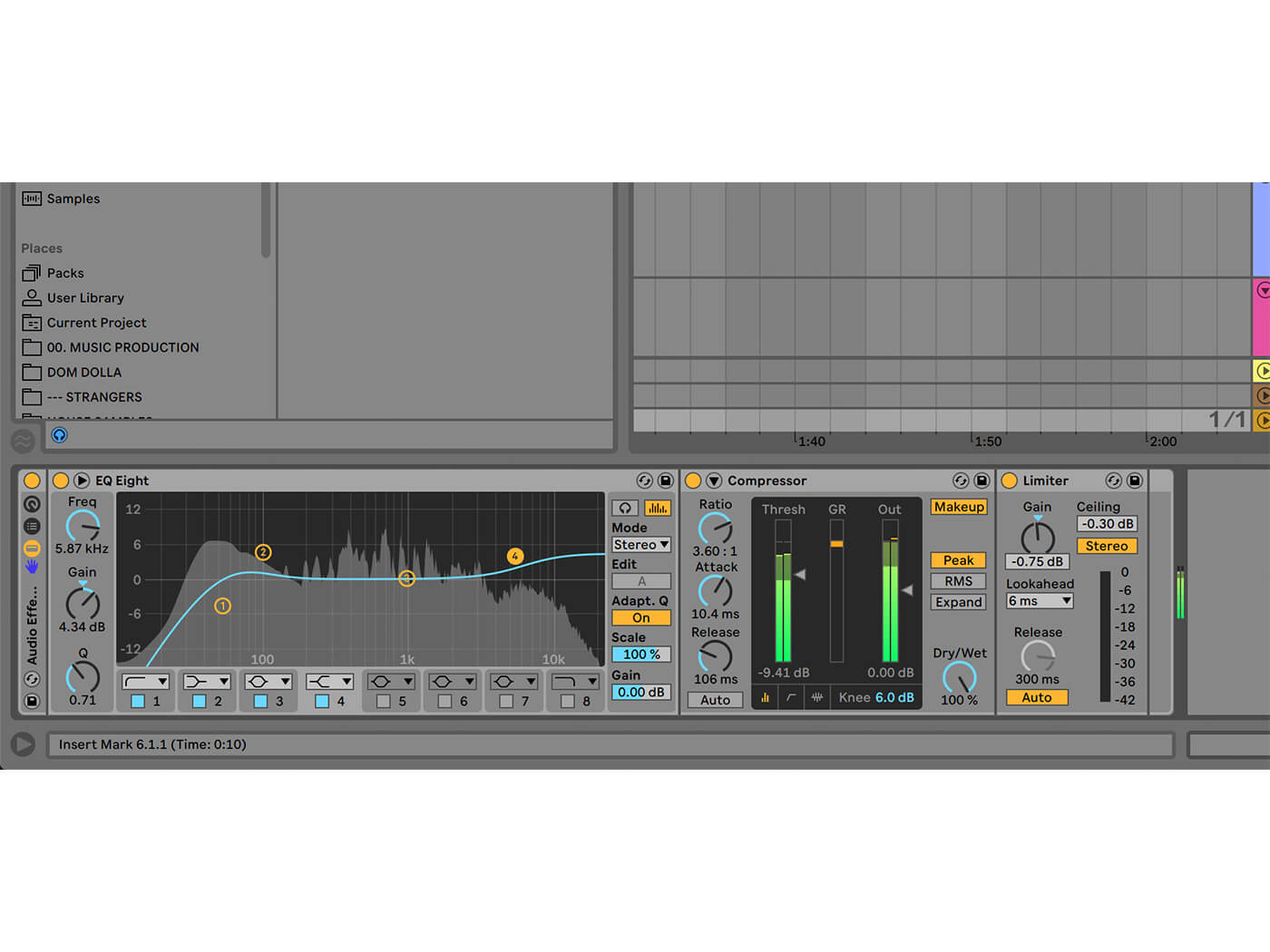 Do you have a ‘secret sauce’ plug-in?

My secret sauce plugin would definitely have to be Ableton Live’s Erosion. I use it on parts that need more grit and high end, so it often ends up on bass lines to help them cut through the mix. I can’t recommend it highly enough.

Erosion has three modes. Noise and Wide Noise use a high-Q bandpass filter to select the specific frequencies you’d like to add noise to. The third mode is Sine, which appears to have a subtle redux effect that downsamples or “erodes” the audio. 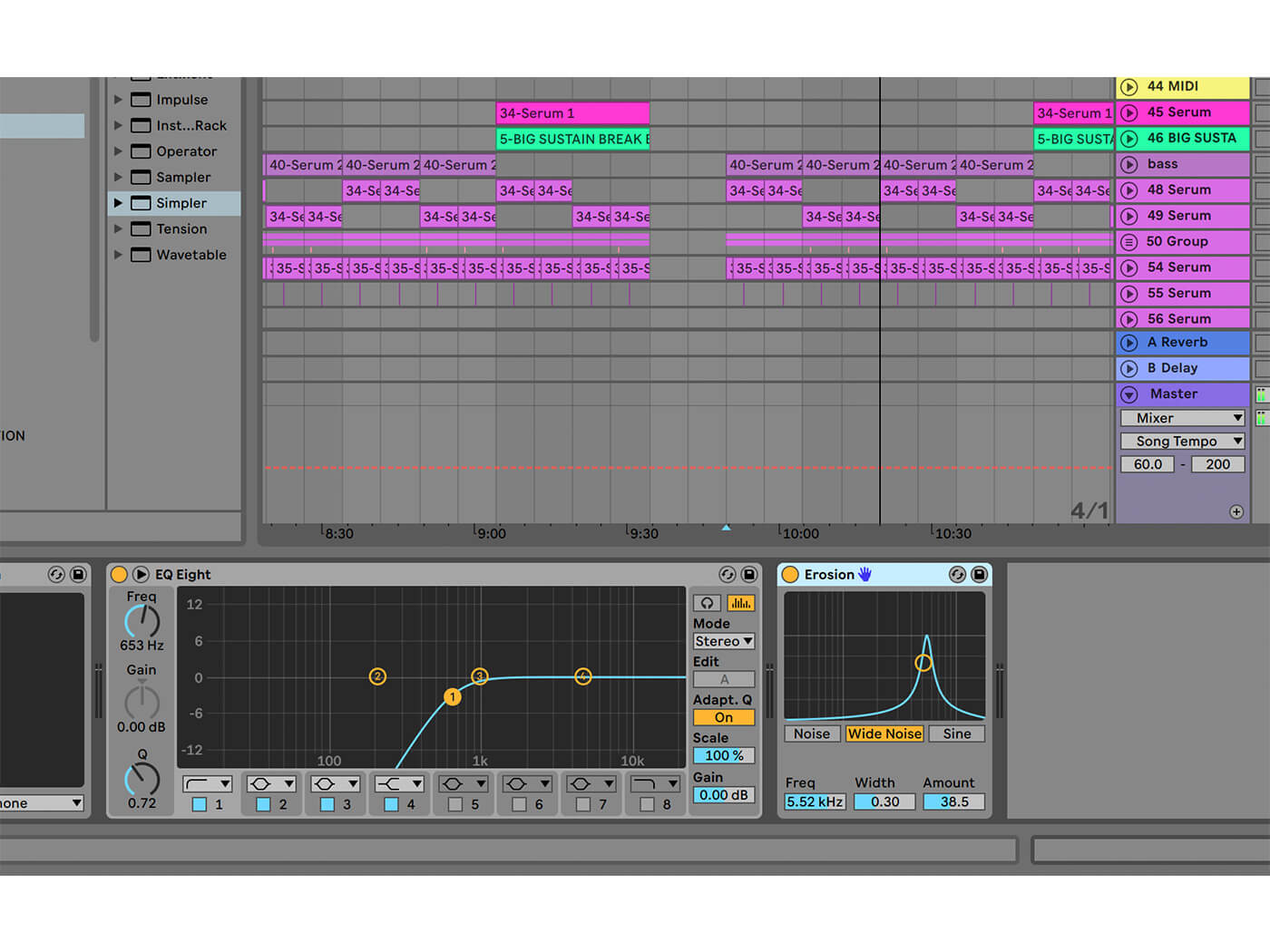 My guilty pleasure plug-ins would definitely have to be a draw between Endless Smile or LFO Tool. Endless Smile won’t make it into the final version of the track a lot of the time, as it’s not as subtle as I’d like. But it’s great for the early part of the session when I’m spitballing creative ideas – a one-knob turn to see how reverb, delay and high pass filter will influence a particular sound I’m using and whether the track needs more elements to achieve the tension I want. LFO Tool is awesome for creating a quick sidechain effect on my basslines, vocals and synth sounds.

In your new track, Pump The Braks, which plug-in would it not be complete without?

Devious Machines’ Texture. I used it on a lot of hi-hat and drum sounds throughout the track. It’s a plug-in designed to layer textures to any sound, and I often use it on synthesizers to add white noise or give them a more vintage feel. For anyone that’s used Ableton’s Erosion, Texture is like a more in-depth version that allows you to be more creative. For basslines and leads in Pump The Brakes, I used the ever-popular plug-in, Serum. This particular track’s strength is in the concept rather than tricks in the production.

I recently got my hands U-he Hive 2 after a recommendation from my friend Hayden James for its brilliant pluck and stab preset sounds. I’m yet to delve deep into it, but it appears to have an intuitive interface. It’s also got an oscilloscope that visually represents modulation, which I love. I think I’ll end up using it for a lot of sound design. 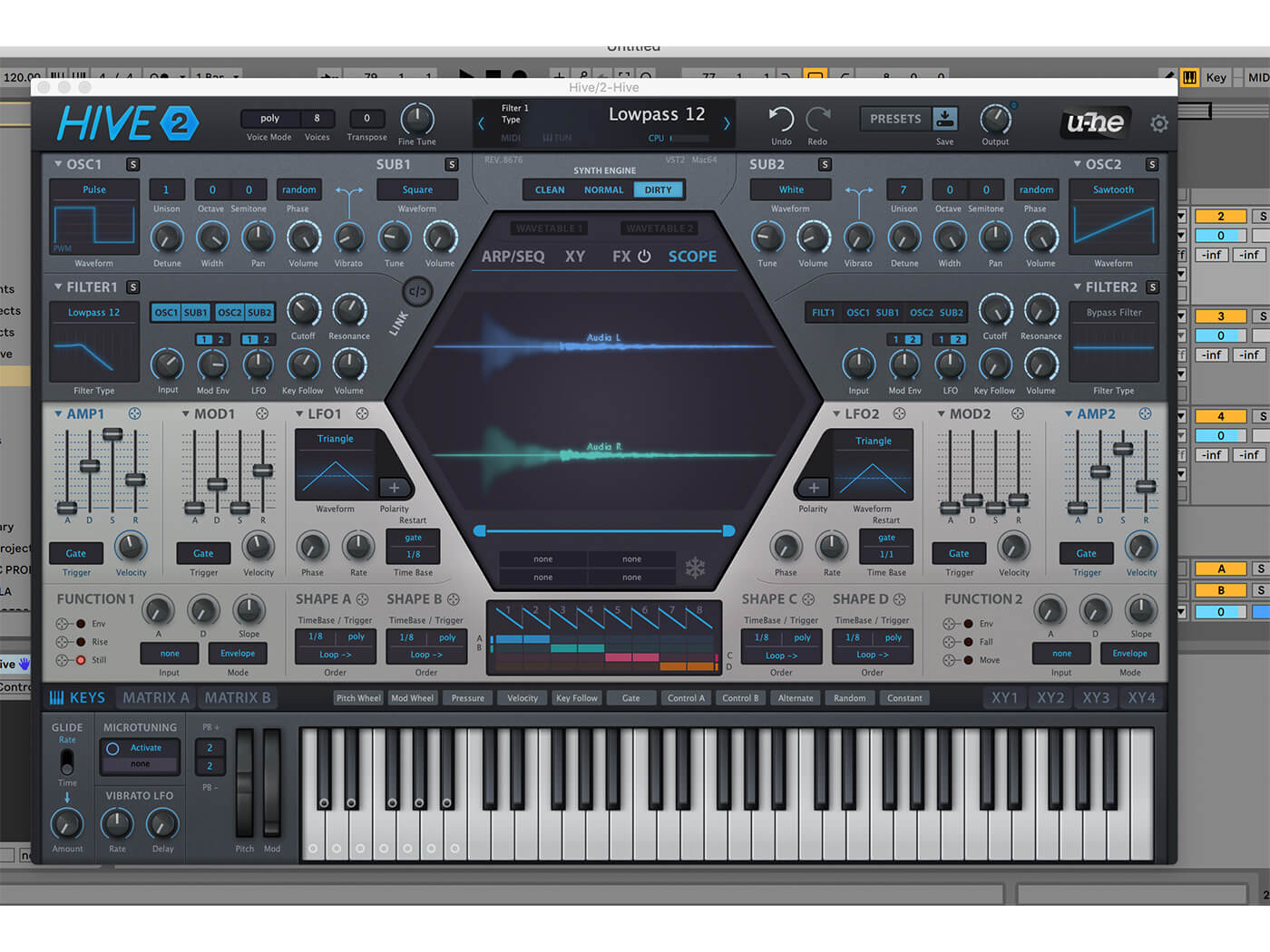