PMC has been making award-winning studio monitors and hi-fi speakers for more than a quarter of a century – and they feature in many of the best studios in the world. MusicTech talks to Peter Thomas, one of the company founders… PMC (the Professional Monitoring Company) was founded in 1991 by Peter Thomas and Adrian […]

PMC has been making award-winning studio monitors and hi-fi speakers for more than a quarter of a century – and they feature in many of the best studios in the world. MusicTech talks to Peter Thomas, one of the company founders… 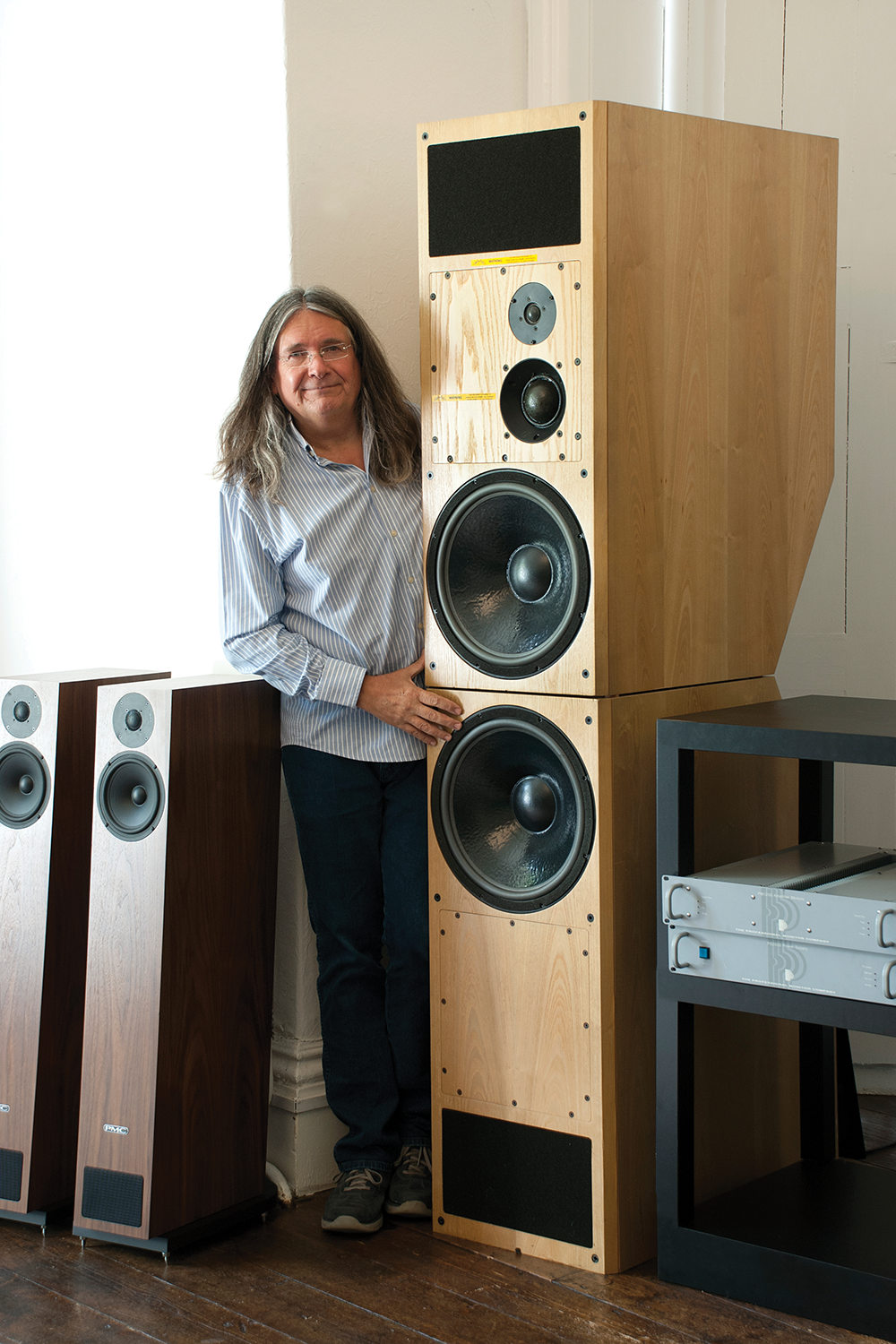 PMC (the Professional Monitoring Company) was founded in 1991 by Peter Thomas and Adrian Loader, who had previously worked at the BBC and studio-gear experts FWO Bauch respectively, and their primary mission was simply to produce the best speakers in the world. The company’s first product was the BB5-A active studio monitor, used by the BBC at Maida Vale Studios and also Metropolis Mastering in Chiswick, London.

After producing several studio-specific monitors during the 90s, PMC moved into the hi-fi market. It expanded very quickly and now employs 55 people with offices in the UK and the USA. The company’s studio monitors have become the main choice for many facilities around the world including Teldex in Berlin, Capitol Studios in LA, and Galaxy Studios in Belgium.

They’re used by many top artists, engineers and producers including Stevie Wonder, Henry Jackman, Thomas Newman, Coldplay, Spike Stent, Alan Moulder and Elbow, not to mention a host of mastering houses who have chosen the monitors for their high-precision, accurate sound. MusicTech caught up with Peter for his thoughts…

MusicTech: Tell us about your role at PMC…

Peter Thomas: My role in the company has changed. At first, I handled R&D, product design and manufacturing while Adrian was responsible for sales, finance and company administration. Sadly, Adrian died in 1997. He was only 38 and it was a terrible time, because my wife had also died six months earlier.

We nearly closed the company, but having put so much into it, I wanted to carry on for Adrian’s sake, as well as my own. The nice thing was that I ended up marrying Adrian’s wife Jo and 18 years on, we’re still very happy. We have five kids between us and they’ve all grown up together and are very close.

These days, I manage the business while R&D is handled by my son, Oliver, who took over about five years ago. I told all the kids they shouldn’t see joining PMC as an easy option, because I would make them work twice as hard as anyone else, but Oliver was very keen to be involved and he had the right skillset.

He loves Formula 1 and did motorsport engineering at Oxford, then got a job at Red Bull working on the electronic control of engines. He worked at PMC during university holidays and eventually decided he preferred designing speakers. It quickly became apparent that he had gone way beyond anything I could do because he had a next-generation knowledge of development and computer software. 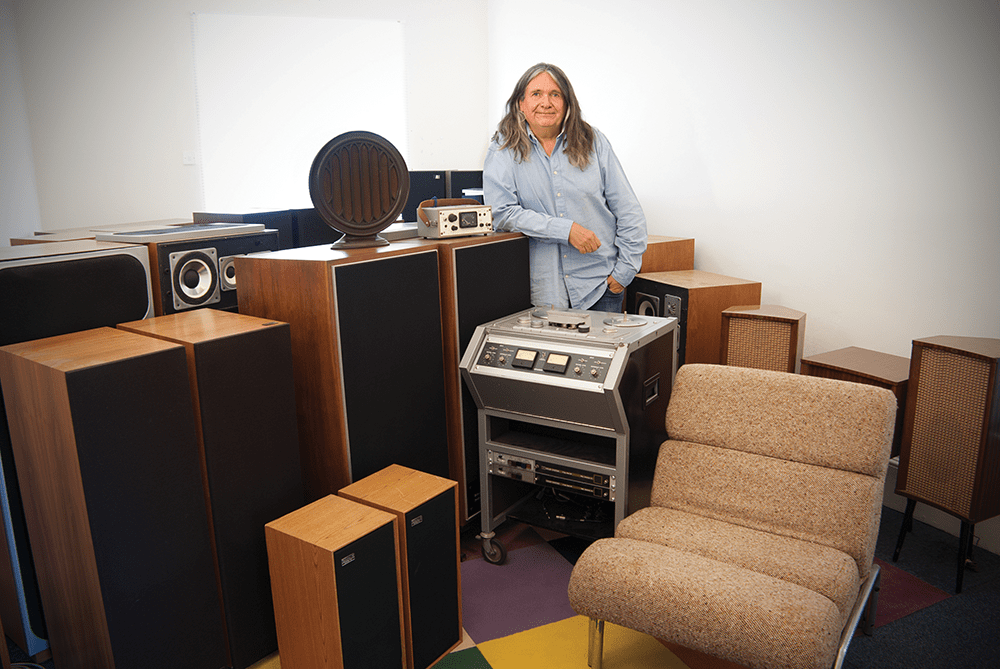 When you start working, you stand on the shoulders of those who went before and you build on that – it’s how you keep the company moving forward. I’m never averse to trying things that are a bit ‘out there’. At PMC, we’ve often brought out products that surprise people and by doing so, we’ve created new markets. A good example of this is the AML active speaker, which we released in the early 2000s.

It was a small nearfield that sold for around £6,000 and everyone said we were insane, because there was nothing else like it on the market. That’s what made it such a huge success – people wanted a speaker that sounded like a massive speaker, but was small. We saw a gap and made a speaker to fill it. It’s what we do.

MT: Have you achieved that original goal of producing the best speakers in the world yet?

PT: It was definitely what Adrian and I had in mind. We were both hi-fi enthusiasts and were fed up with our hi-fi speakers. We surveyed about 30 speakers and didn’t like any of them, so we decided to make our own. We were also disappointed with the quality of speakers in pro studios, so fixing that became our goal, too.

There’s still much to do and plenty of improvements we think we can make, but PMC has done a lot of what it set out to do. Having said that, whenever I go into a studio and listen to a drum kit or a brass band, I’m humbled as a speaker designer, because I realise how much more we can still achieve. The joy of being in the professional business is that it keeps you in touch with reality.

You know what’s going on in a studio and that’s what you’re trying to replicate. This is what makes PMC different – most hi-fi speaker companies don’t also make professional products and therefore don’t have that reference point.

MT: Tell us about your most successful products…

PT: In the professional market, our most successful product is the twotwo Series, which we launched five years ago and has been hugely successful. These are digital nearfield monitors and although they’re not inexpensive, they’ve brought PMC to the attention of people who couldn’t previously afford our products. 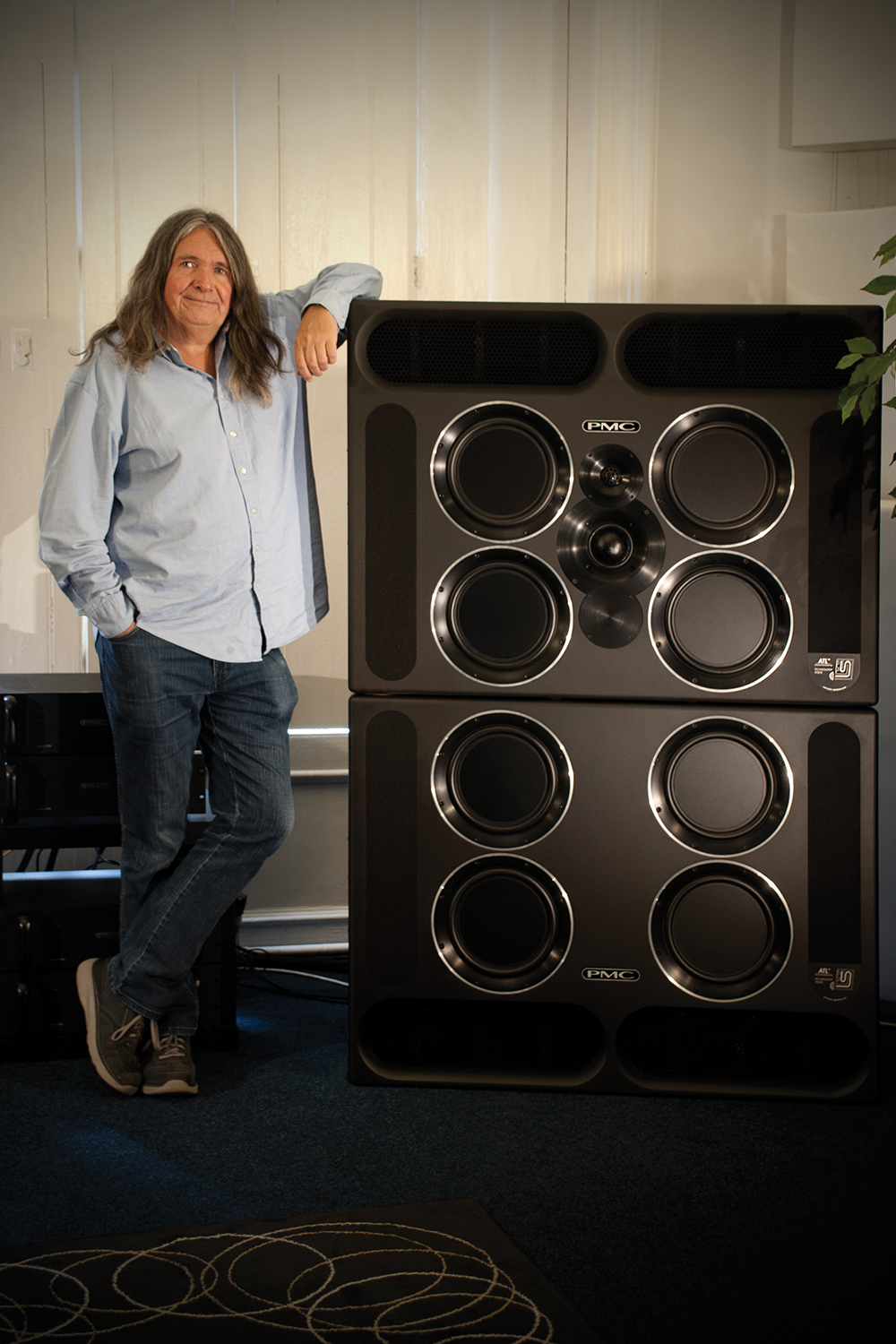 Most of our rivals began making digital active monitors almost a decade before we did, but we held off because we didn’t think the technology was up to it at that point and didn’t sound as good as analogue. We waited for the technology to catch up, which from a business point of view was probably stupid, but from a principle point of view was absolutely right.

Inevitably, this meant we were behind the game, but our customers are quality orientated and were happy to be patient. When we did finally launch the twotwo Series, it took off really fast. I didn’t want to go to market with a product that I wasn’t happy with.

MT: Tell us about some of those big customers…

PT: Historically, our biggest installation is Metropolis Studios in London, which has had PMC speakers since 1993. They have our products in every studio (recording, mixing and mastering), from our original analogue BB5 and MB2 active systems to our new QB1 large-scale main monitors, which were installed last year.

We’re also delighted to be in Abbey Road Studios with our MB2 XBD monitors, which are in Miles Showell’s mastering room. That’s a real feather in our cap, especially as they were used to remaster the 50th Anniversary edition of The Beatles’ Sgt. Pepper’s Lonely Hearts Club Band.

Another prestigious installation is Capitol Studios in Los Angeles, which now has our QB1 monitors in two rooms and an array of monitors in their mastering department. And, of course, we have lots of talented artists as customers – not least Elton John, Kraftwerk, Calvin Harris and many more.

MT: Which customers are you most proud of?

PT: All of them, from the smallest through to the largest. It’s great to know that by giving our customers the best insight into their work we become part of the creative process. It’s rewarding to read the sleeve notes and see that we were involved – I still get a buzz out of that! One installation that does stick in my mind was Stevie Wonder’s Wonderland Studio, where we installed the large BB5 Active system. I remember getting a call to say that Stevie was blown away and couldn’t stop dancing.

MT: How has monitoring changed over the years?

PT: The move from lots of large studios with massive monitors to smaller studios with far more compact monitors has been a major change, although I’ve noticed there’s a swing back towards larger studios and larger monitors in recent years, especially in the USA, emerging markets and the large educational facilities. We’re addressing this market with our latest products such as the QB1-XBD-A and the BB6 and MB3 monitors we launched at NAMM, but the bulk of our business is still the midfield/nearfield monitors more suited to smaller rooms.

Technologically, the most obvious development is digital electronics and incorporating this into monitor design. Being able to use digital signal processing allows us to optimise the response of the drivers and maximise their dispersion, guaranteeing flawless crossover.

It’s now possible to perfectly match speakers, which is something you just couldn’t do in the analogue domain. In our larger models, DSP also provides shelving EQ for in-room integration, along with four presets, which are ideal for personal settings when multiple users have access to the system or if a specific custom balance is required.

This makes our monitors much more user friendly. The fact they can be controlled remotely from the desktop is also an advantage – you can literally sit at the desk and adjust input switching and shelving EQ from your listening position without having to go around the back and fiddle with knobs.

In terms of performance, you can now get much more out of a smaller speaker. We’ve developed Advanced Transmission Line technology, which we use in our active speakers to give the ultimate, no-compromise pairing of speakers and amplifiers. We can provide unrivalled tonal accuracy, resolution and dynamic range and get a much bigger sound out of a smaller cabinet.

If you have a small studio and are using smaller speakers, you still need to hear what’s going on at the bottom end so you don’t make errors with your mix.

MT: Is there still a use for nearfield monitoring as well as main monitors?

PT: Historically, the need for nearfield monitoring came out of the fact that most main monitors were pretty damn awful, as were the acoustics of the rooms they were installed in. Years ago, there were fewer good acousticians designing studios and it showed. You could say that nearfields were necessary because they provided a solution for poor main monitors and poor room acoustics – by being close to them and listening directly, you didn’t hear the room.

Thankfully, that’s now changed; main monitors have improved enormously and there are plenty of studio designers who do a great job. To some extent, however, the baby got thrown out with the bathwater… a shame, because you do need to use main monitors if you really want to hear what is going on with your music, especially at the bottom end.

Despite everything I’ve said about DSP developments and how much we can now do with nearfields, they still can’t beat a good main monitoring system. What they can do, though, is beat a bad main monitor – every time!

The advantage of nearfield monitors is they’re more intimate; because you’re not listening to the room, you’re more in touch with what’s going on. But you can make errors, especially if you can’t hear the full frequency range.

MT: How would you like PMC to be remembered?

PT: I want people to think that PMC made the best speakers possible, given the technology of the time. There are certain landmark companies whose products might not sound good by today’s standards, but which were amazingly ahead of their time. That’s what I want – for PMC to be remembered as ahead of its time.